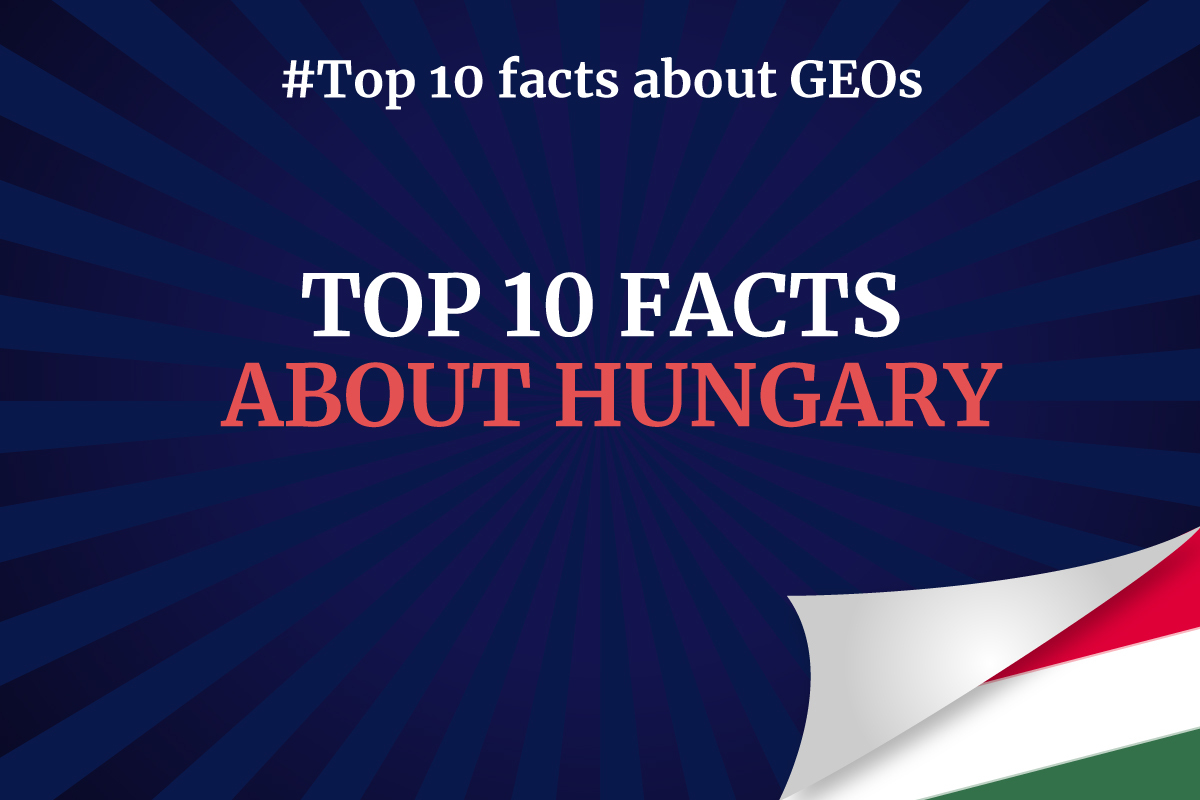 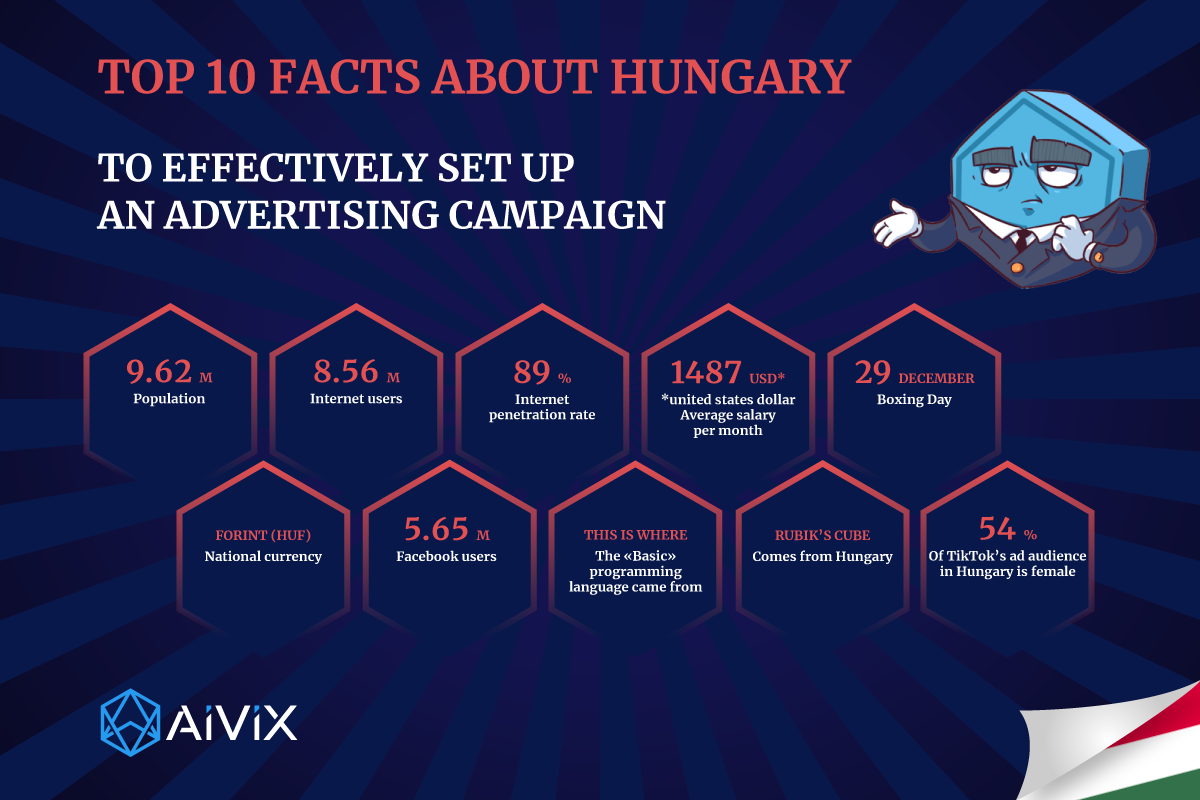 1. Geography and population of Hungary

Budapest is the capital and the most famous city of Hungary, through where is the Dunai river flows from north to east. The country is known for its folk art, architecture, spas, cuisine, festivals, and the Great Hungarian Plains.

Although Hungary is mostly a plain country, its topography is varied. For example, the highest point in Hungary is the Kekes mountain peak in the Matra mountain range, which is 1,014 meters high. While in the southeast of Hungary the relief is mostly plain - the Great Hungarian Plain. 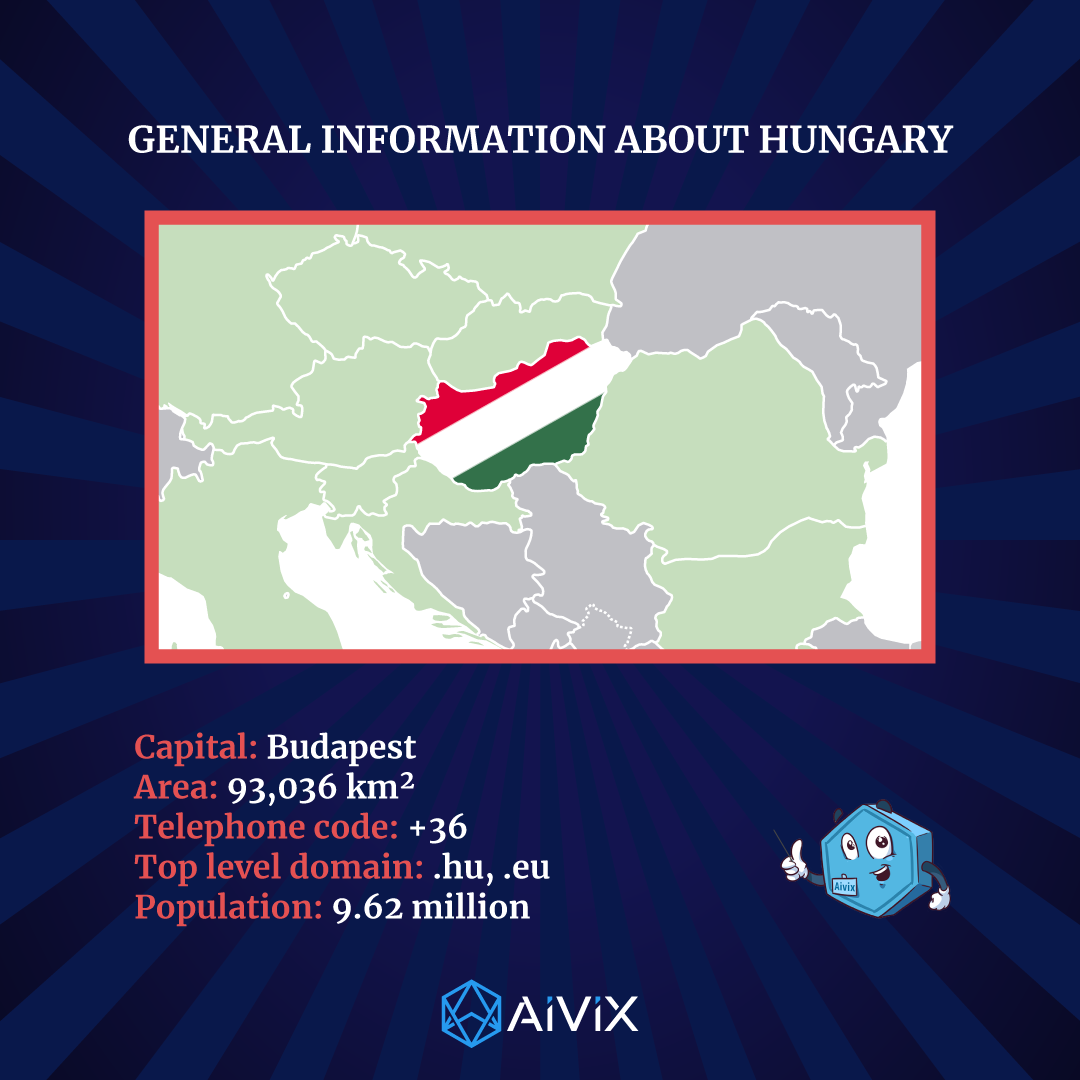 Hungarian is the language spoken by the vast majority of Hungarians. More than 99% of the population consider it their mother language. In addition to Hungarian, several languages are spoken here. These include languages from countries bordering Hungary as well as languages native to more distant regions and cultures such as Chinese and Arabic.

Below you will see some statistics for 2011 - what languages are spoken in Hungary:

The number of languagesgiven above is quite impressive, but if you look at the number of speakers of each language, it becomes clear that you need to be lucky to stumble upon a speaker of any of the languages on the list, except for the first three: Hungarian, English and German.

Despite the fact that there are about 160,000 Russian-speaking Hungarians and about 130,000 people who speak Romanian, these numbers seem insignificant compared to the total population.

The forint (HUF) is the official currency of Hungary and is issued by the Hungarian National Bank. The modern forint was introduced into circulation in 1946, after World War II. The forint was subdivided into 100 fillers, but filler coins are no longer in circulation.

Since 2000, the relatively high value of the forint (compared to the US dollar) has hampered the heavily industrial export-oriented eastern countries, compared to foreign competitors with a lower value of the currency.

The long-term goal of the Hungarian government is to replace the forint with the euro, although this switch has been delayed due to current economic problems. However, as a result of Hungary's integration into the European Union and its currency, the EUR, the forint should disappear between 2022 and 2024, depending on the economic situation in the country.

In recent years, the level of Internet users in Hungary has been steadily increasing. According to Eurostat, in 2020 more than 86% of the country's population used the Internet. Among users connected to fixed broadband, 66% used the Internet at a speed of at least 100 Mbps/sec. This is the 5th place among the countries of the European Union.

• In January 2021, the number of social media users in Hungary was 73.5% of the total population.

• The number of mobile connections in Hungary in January 2021 was equivalent to 117.7% of the total population.

3G technology is ubiquitous. 4G technology covers 99% of households, and Hungary's mobile broadband usage rate is 2nd in the EU with 75 subscribers per 100 people.

As of March 2020, major providers were offering 5G services in Budapest and some other cities, while more extensive 5G networks were under development.

Public Wi-Fi hotspots are widely available in Budapest and other major cities in Hungary. As part of the Digital Welfare program, the government has promised that by the end of 2018, public Wi-Fi will be available in every locality. It is unclear whether this promise has been kept.

Hungary successfully transitioned to a market economy after holding its first multi-party elections in 1990. Until the fall of the communist regime in 1989, its economy was planned. Since 1990, foreign ownership and foreign investment have become commonplace, and Hungary receives about a third of the foreign investment coming into the Central European region.

Hungary occupies a modest position among emerging economies and high dependence on exports, in particular car supplies, causes strong cyclical fluctuations in growth. Real GDP has grown by just +2.2% on average over the past 20 years, although performance was better before the Covid-19 pandemic (+4.1% on average).

Due to dependence on exports (which account for about 90% of GDP), the Hungarian economy has been hit hardest by the global Covid-19 crisis (-5.0% in 2020), despite strong support from the EU. Looking ahead, a strong, wide-ranging recovery can be expected with annual growth of more than +7% in 2022 and around +4.5% in 2023.

Now production in Hungary has shifted from textiles and food to more expensive industries such as luxury cars, renewable energy, tourism and information technology. Today, more than 60% of Hungary's exports are vehicles and equipment.

A working resident of Hungary usually earns about $2,975 per month. The minimum wage is $2,853 per month, and the maximum salary for most positions is $9,287.

Half of the population earns more than $2,160, which is the average salary, while the other half earns less. 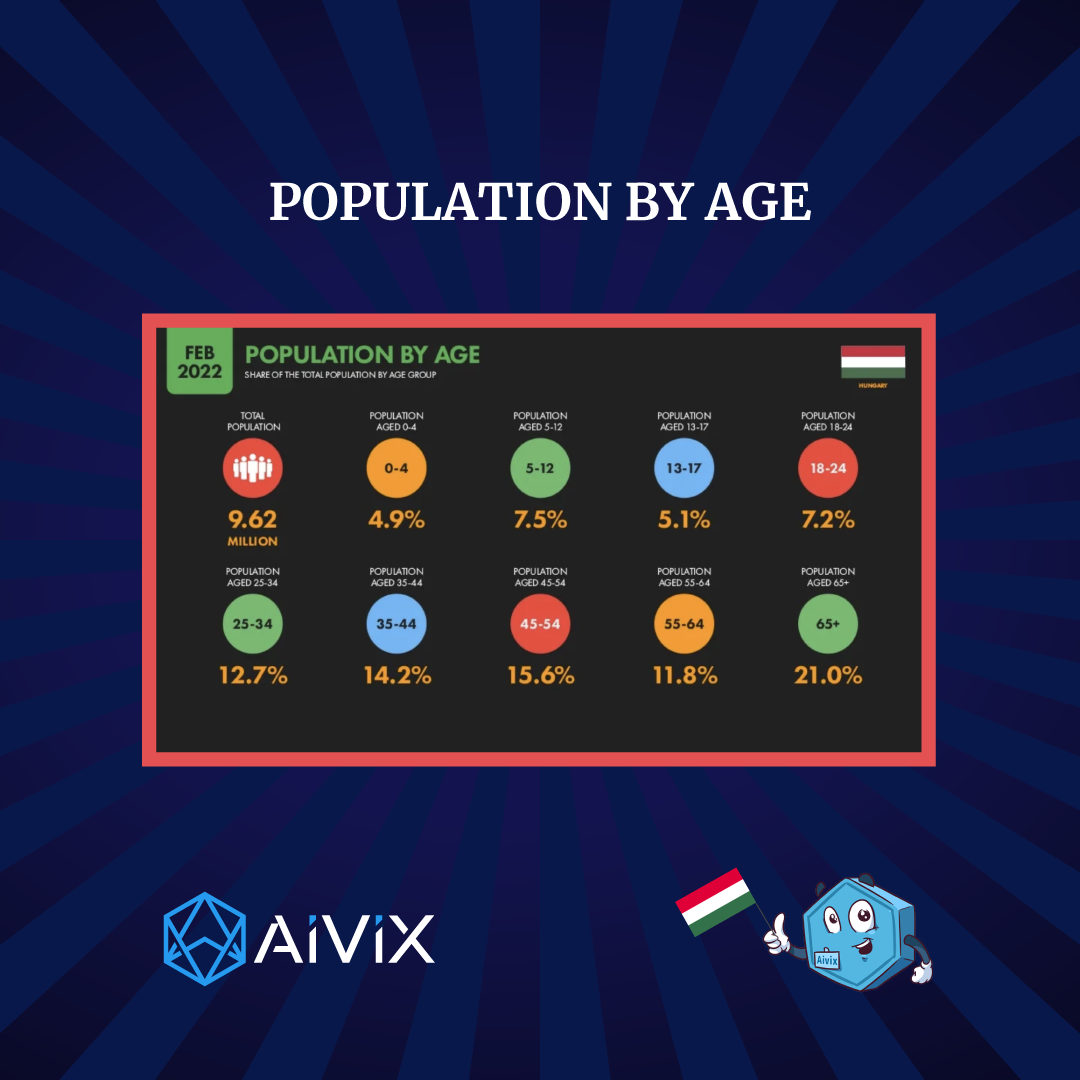 7. Working days and holidays in Hungary

Hungary has 104 days off, 9 national holidays, and 250 working days. Monday to Friday are weekdays, and Saturday to Sunday are weekends. In 2022, 4 public holidays - on weekends.

Hungarians express their thoughts with emotion and passion. They usually use stories and jokes to prove their point in conversation. They may also raise their voice when communicating with other people, as they do not like to hide their emotions. Hungarians tend to share their innermost thoughts and may be suspicious of people of few words.

In addition, Hungarians tend to communicate directly. They freely express their opinion or disagreement. It is also not uncommon for Hungarians to ask personal questions at the very beginning of a conversation. This may seem rude at times, but there is no malice in it. 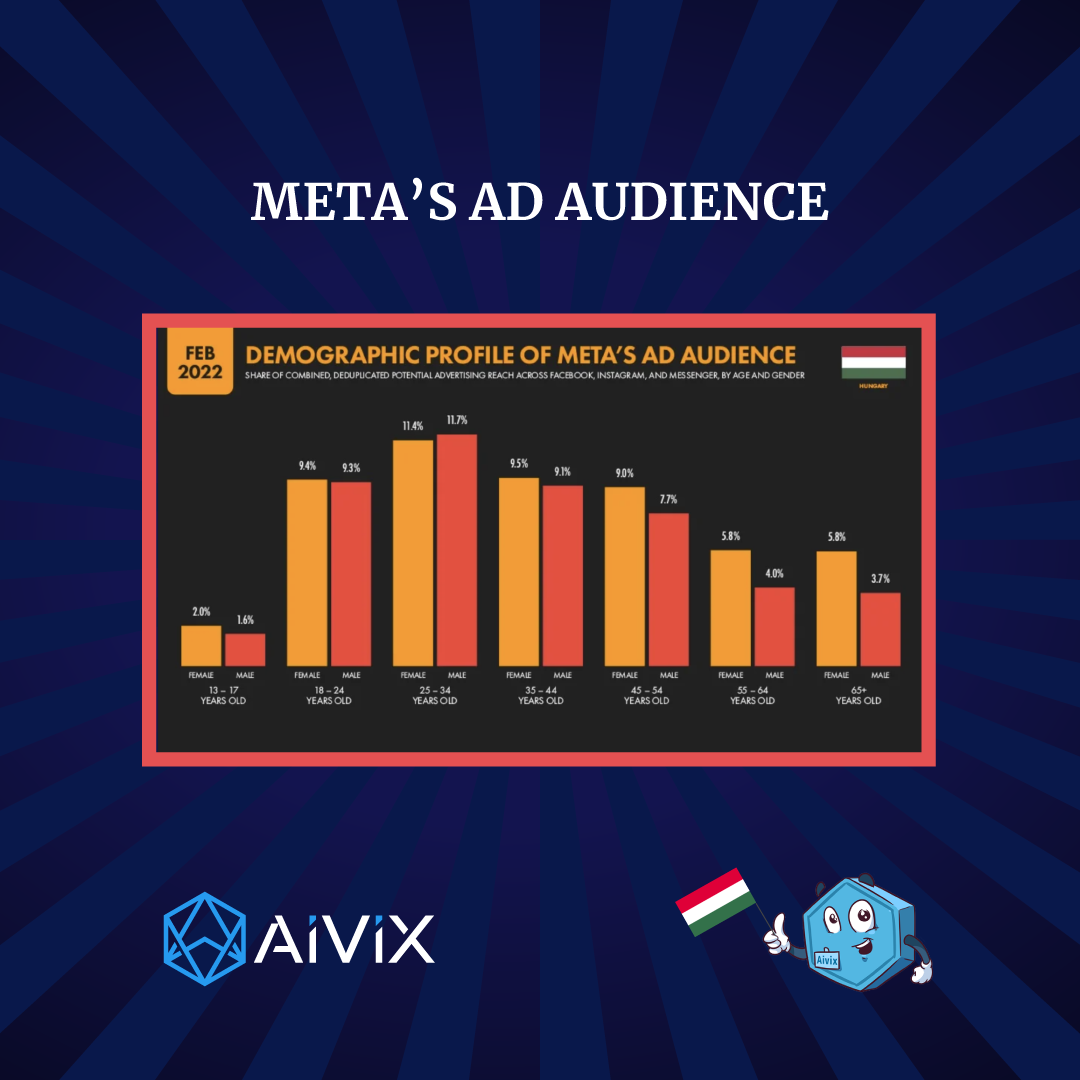 The advertising market in Hungary is quite well developed. As the urban population grows, Hungarian consumers are becoming increasingly interested in high-quality fast food. This initially spurred demand for fast food and processed foods, but health awareness has also fueled interest in healthy and organic foods. The number of one-person households is growing, as well as an aging population, which in turn should stimulate demand for essential foods and smaller portions.

According to the Digital 2020 report, in 2020 Hungary will have a social media penetration of 62%, with 94% of these users using mobile phones. The share of total ad audience on Facebook, Instagram and Messenger is higher for users aged 25-34, followed by users aged 35-44.

Hungarian consumers increasingly prefer online shopping. In 2019, the sector's turnover amounted to 2.2 billion euros, which is 17% more than in the previous year. Apparel and sportswear, as well as consumer electronics, are the product categories with the most online traffic in the country, according to eNet research, while the Construction & Renovation category has the highest shopping cart value.

As of 2020, nine out of ten Hungarians aged 18 to 79 have already bought something online. Online shoppers in Hungary are not limited to shopping at domestic online shops, and foreign online shops continue to attract an increasing number of visitors as Hungarian consumers tend to prefer foreign brands.

There is a significant contrast between consumers living in large cities (mostly in Budapest) and rural areas, as the concentration of malls and big brands in urban centers has an impact on consumers. 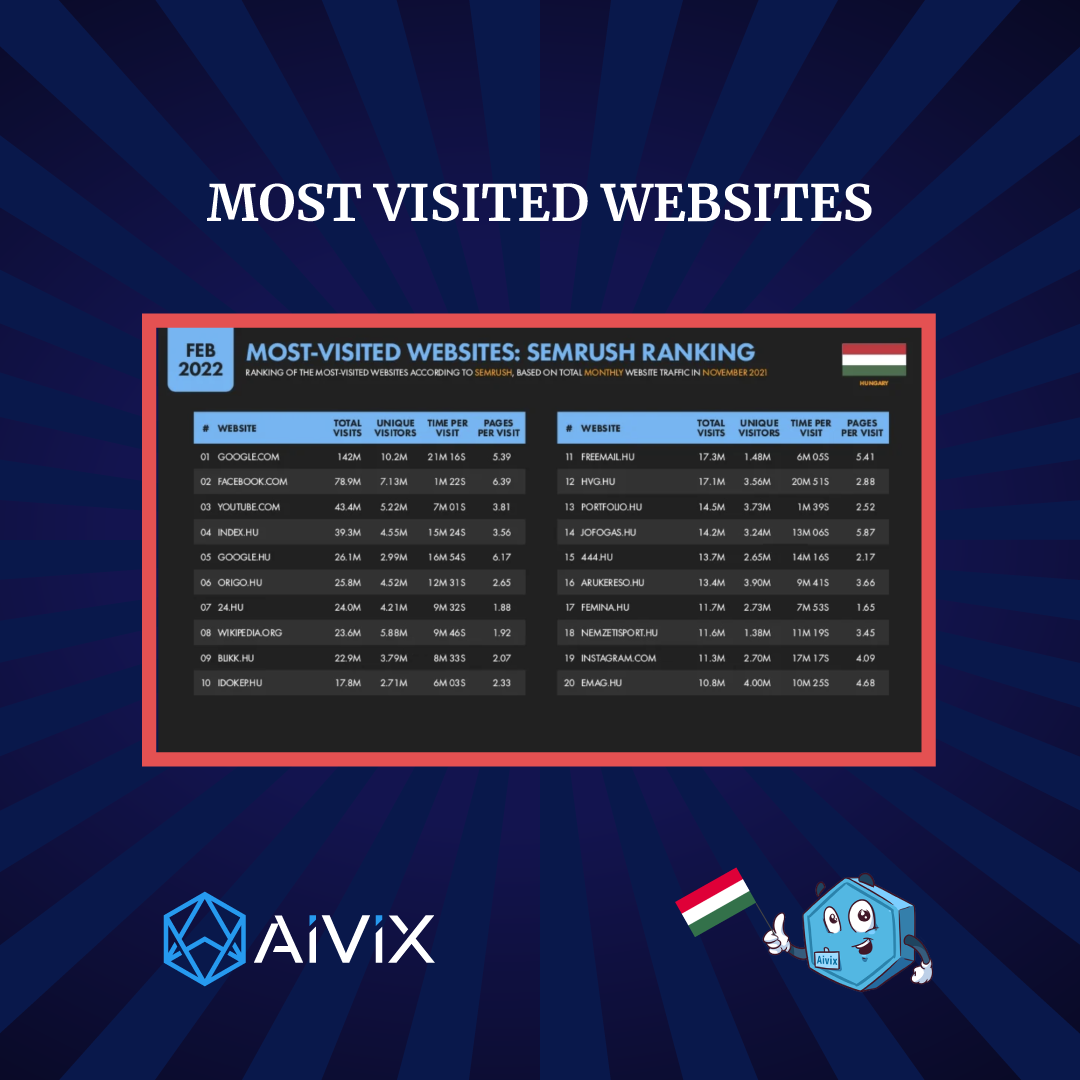 These efforts come after a Hungarian cryptocurrency called Korona was launched in Budapest, but its headquarters and company were registered in Switzerland, as Switzerland offers a more stable and efficient cryptocurrency environment.