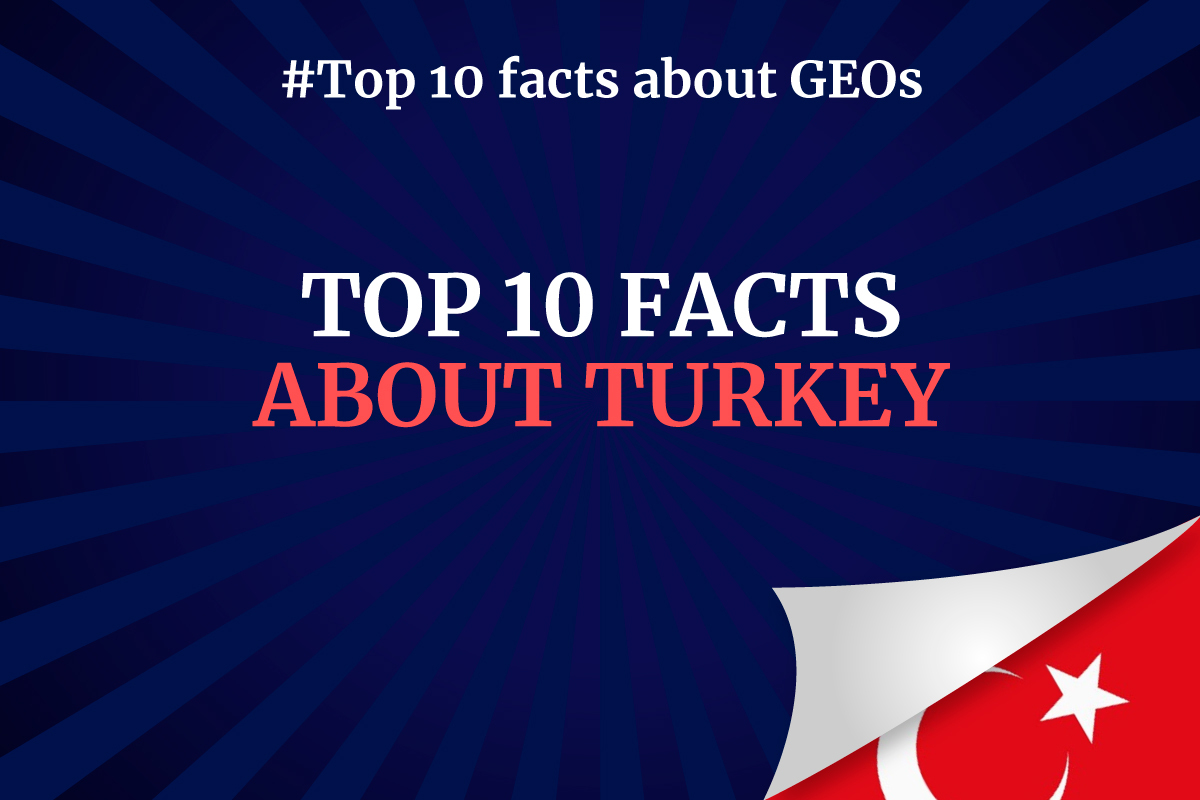 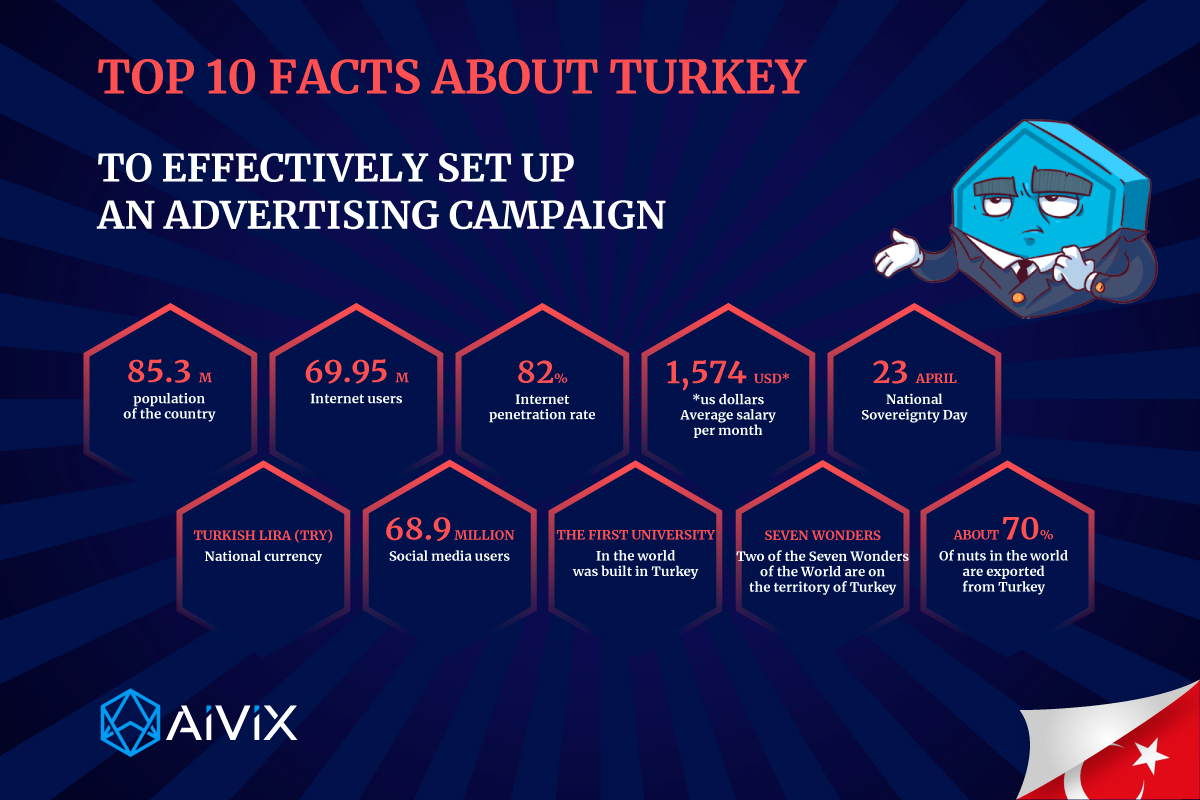 Turkey – is the most popular, affordable tourist country for residents of the CIS countries. It is attractive for its culture, delicious cuisine and a lot of attractions that you can get acquainted with during the trip.

Some people consider Turkey as a country for moving.

1. Geography and population of Turkey

Turkey is located between the Mediterranean, Marmara, Aegean and Black Seas and covers an area of more than 780 km2. It is predominantly a mountainous country, about 30% of its area is occupied by forests.

However, the weather can vary greatly depending on the region. The coast of the Sea of Marmara has a Mediterranean climate with warmer winters and dry summers, while the central part is characterized by a continental climate, snowy winters and cooler summers.

A few words about regional division. Turkey is conditionally divided into 7 geographical zones:

The last two are the most popular among tourists. There are also concentrated important architectural monuments and sights, beautiful palaces and mosques, just interesting natural ones. However, there is something to see in Central Turkey - Cappadocia annually attracts thousands of tourists.

The population of Turkey is large and multi-ethnic. Turks prevail among the locals, but there are also many representatives of Kurds, Crimean Tatars, Arabs and Albanians. The Russian diaspora is quite large: according to various estimates, from 100,000 to 500,000 ethnic Russians and citizens of the CIS countries live in this country. 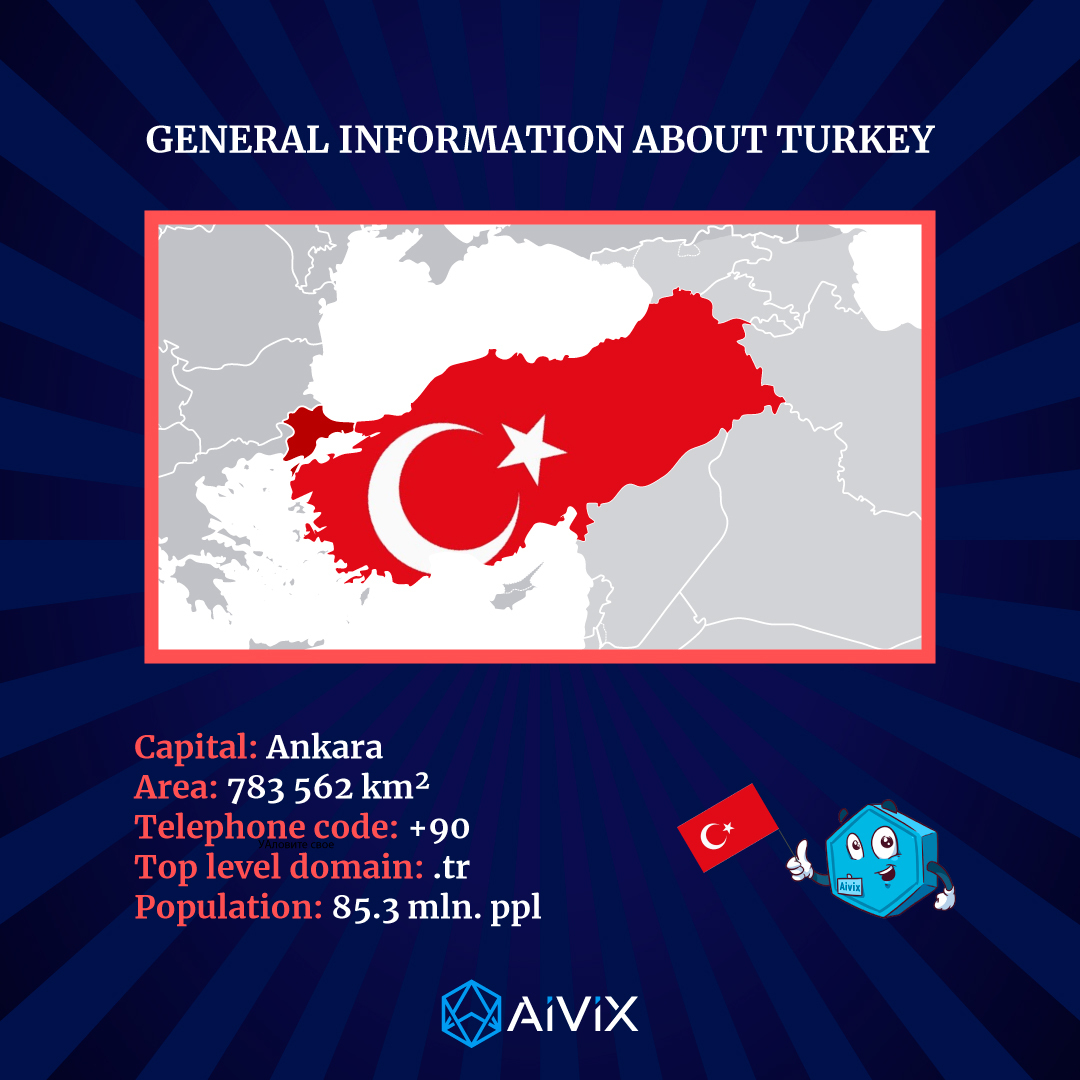 Turkey has only one official state language, used by 80% of the population - Turkish. It belongs to the Turkish language group and differs significantly from the Slavic languages at the morphological, syntactic and phonetic level. It is complicated to study.

Unofficially, Russian and English are widely spoken among the population. Locals may not speak them all the time, but they can be perfectly understood and used to communicate with tourists: for this reason, visitors do not have any difficulties with communication.

The official currency in Turkey is the Turkish lira. Dollars and euros are also accepted in many stores for obvious reasons, but you should be prepared for the fact that prices will be higher than in lira - an extra charge for tourists.

It is most advantageous not to buy currency, but to pay directly with your bank card: they are accepted in most stores, and even more so in restaurants and hotels.

For mobile Internet in Turkey, you can use the services of the following operators:

Tourists can purchase a special travel package that is valid for 28 days: the price (about 200 lira) includes the start package and payment for the services of a mobile operator.

The cost of services for locals varies depending on the selected package. So, the Vodafone tariff plan for 100 SMS, 100 minutes and 5 GB of Internet per month will cost 50 lire.

By the way, home internet can also be bought from Vodafone. The cost of a package for 100 Mbps is 80 lire per month. Home Internet from another popular provider, Turk Telekom, will cost a little more: 100 Mbps costs from 150 Turkish lira per month.

The quality of the Internet in the country is not always high, but in general there are no connection problems. 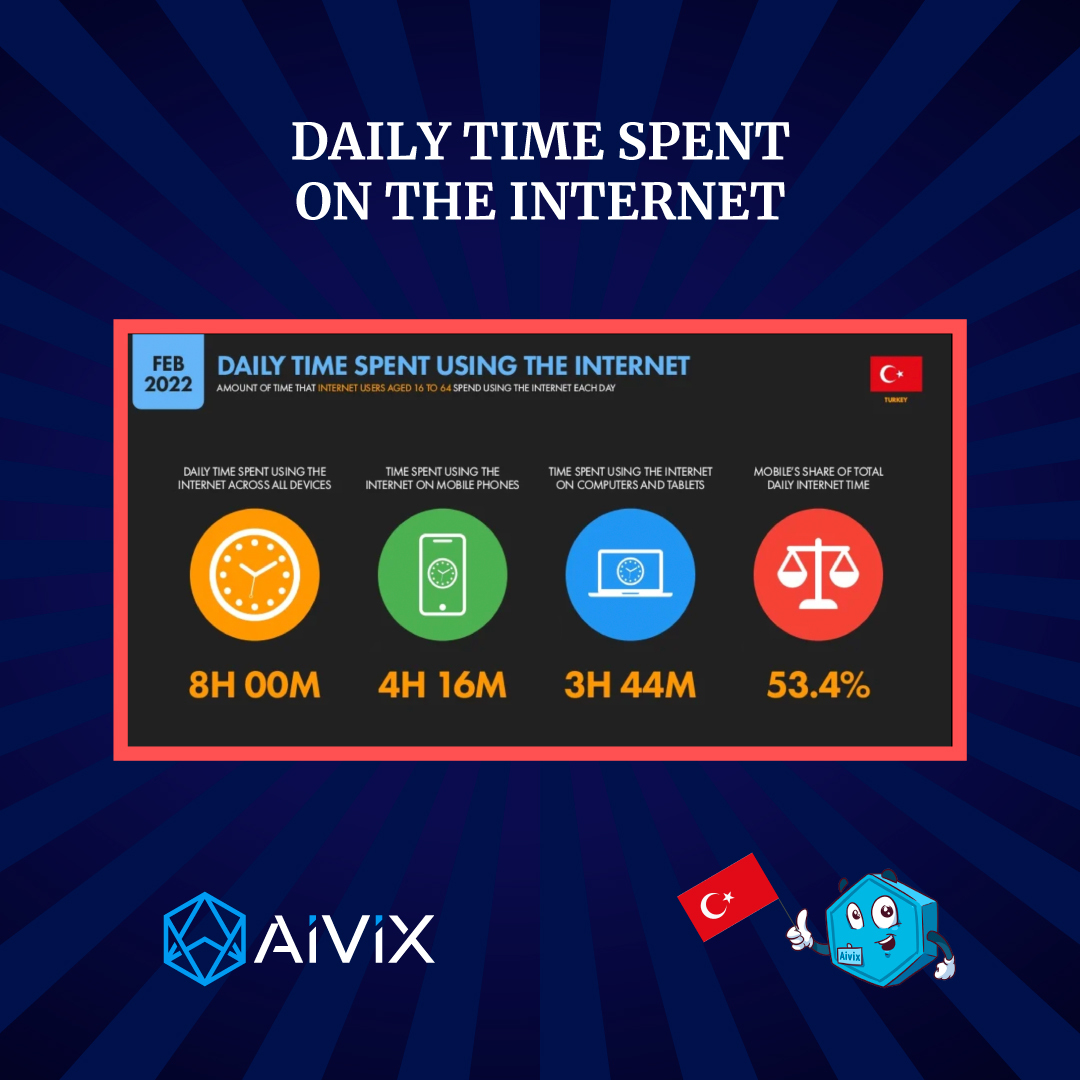 The Turkish economy is developing quite actively. In 2021, GDP per capita was over $31,000, with the largest share coming from services and tourism. In 2021, GDP growth was 11%.

At the same time, industry is actively developing, but the agricultural sector accounts for less than 10% of economic volumes.

Considerable attention is paid to energy and renewable energy sources. Hydropower is quite well developed, while solar energy today covers only a small fraction of Turkey's needs.

Despite the fact that the growth of the Turkish economy is one of the most noticeable among the G20 countries, the country has experienced significant inflation in recent years. From time to time, the population is faced with rising prices for consumer goods, and the national currency is constantly losing ground against the dollar – it is expected that the weakening trend of the Turkish lira will continue in 2022, despite the attempts of the authorities to contain the devaluation.

It is no less difficult to predict how the global geopolitical crisis will affect the Turkish economy in the long term - so far it has only affected the price increase that is already familiar to locals.

Turkey is not a country where millions are easily earned. As of 2022, the minimum wage is only about $239 after taxes.

Sufficiently low salaries are noted in the field of education: an ordinary school teacher will receive no more than $400, the rate is even lower in institutions of preschool education. Medical workers receive an average of $500.

A number of specialists in Turkey can count on relatively high wages: engineers earn well (about $900), representatives of the IT industry (about $1000 on average), foremen ($600-$700). Employees of scientific fields are valued. Office worker for example, an accountant also receives about $500.

Representatives of the most popular service sector in the country receive from $250 to $400 per month. A cashier at a store earns about $260, a waiter up to $350 without tips, and a McDonalds employee up to $300. The income of animators in hotels (another extremely popular area of seasonal employment) has a wide range and depends on the period and institution.

It is easiest for a visitor to get a job in the service sector, where a document on education is not needed. The prevalence of English makes it optional knowledge of Turkish in the early stages of a career.

The rapid rise in prices for consumer goods was mentioned above. Regarding Turkish salaries, they are really considerable, but they may seem quite democratic to a visiting tourist.

A taxi for an average distance will cost an average of 60-80 lire - about $5, you can bargain with drivers. Food prices depend on the area: shopping in tourist places is much more expensive than in local markets. Fruits are especially cheap: a kilogram of oranges per season costs only 5-6 lire, that is, about 30 cents.

Public transport costs about 30 cents, the pricing in the housing market depends on the city. The most expensive place to rent is in Antalya – a month of rent will cost at least $1,000 per month. 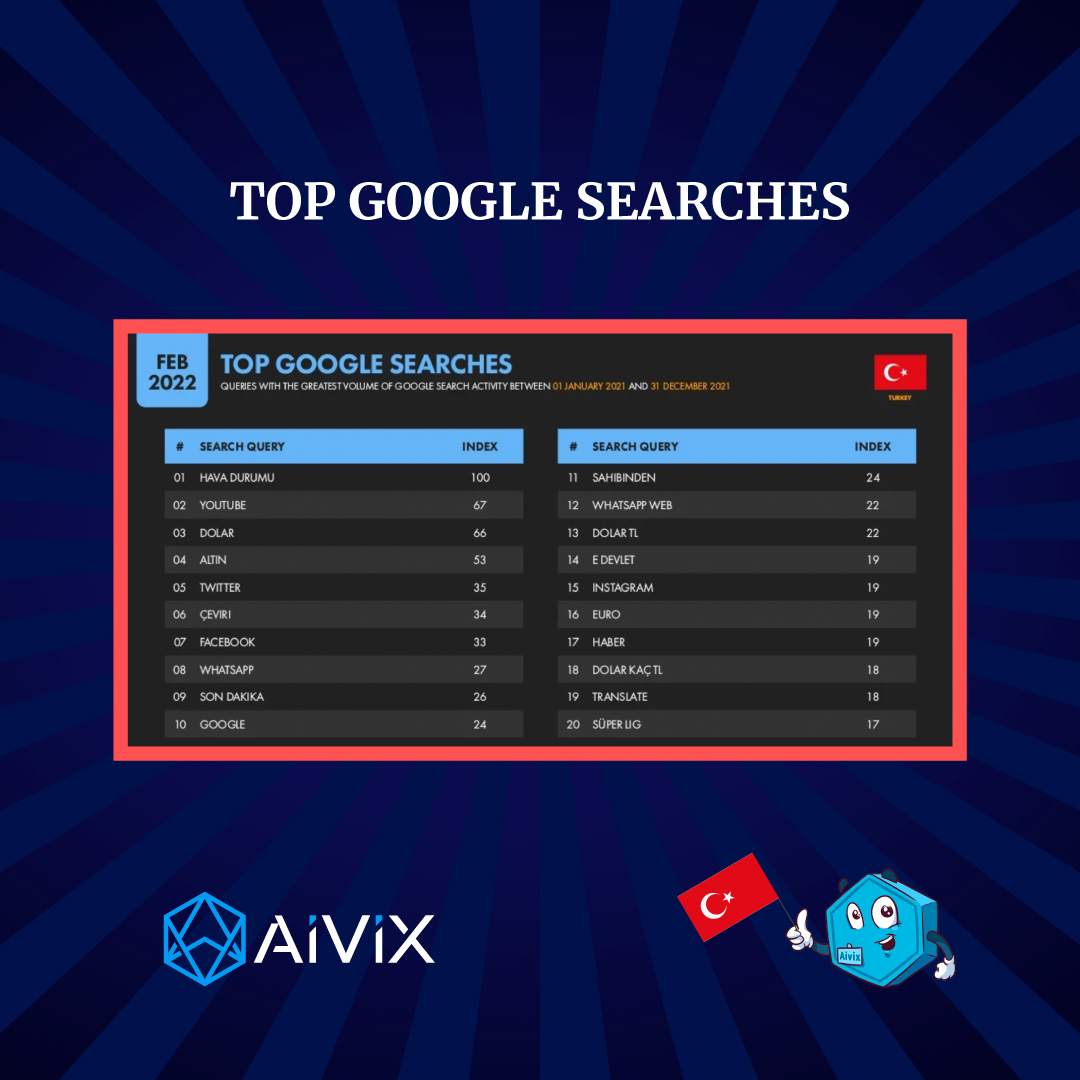 The level of medical care in Turkey is quite high - people from the CIS often come to this country for treatment. Prices are lower than in Germany or Israel.

Insurance for those living in Turkey is mandatory, for its absence fines are issued. It costs about $12 a month, and some medical services are covered even if you go to a private clinic, and policies often cover all family members.

The Turkish education system is similar to the European one. Children study at school for 12 years, then they can get a vocational-technical education or go to university - there are more than 200 of them in Turkey.

Foreign citizens can also study in Turkey - for visitors there are relatively low tuition prices, but the diploma of International Education will be quoted in other countries. 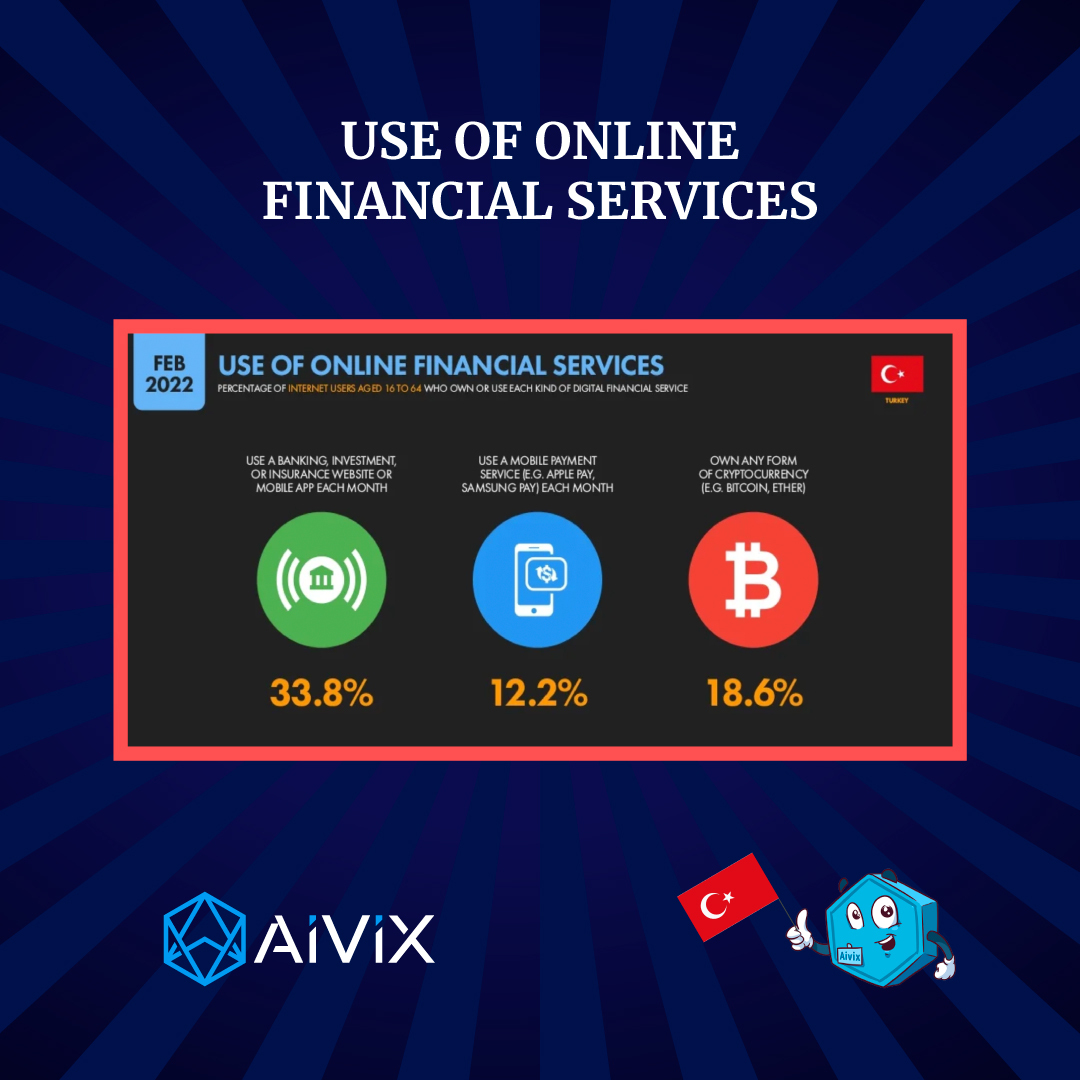 8. Working days and holidays in Turkey

There are quite a lot of national and state holidays in Turkey. Here are just a few of them for 2022:

May, 1st - Day of Labor and Solidarity

There are also local celebrations and memorable dates. Since Turkey is a Muslim country, part of the celebrations inextricably linked to local beliefs and traditions.

Turks are mostly open and hospitable people. Perhaps this is partly due to the fact that the country receives a lot of tourists and the service sector makes up the great share of its economy.

Visiting women may be unusual sometimes persistent attention from the male Turkish population, and in general, local men are quite gallant and courteous with the ladies.

It is impossible not to note the love of the Turks for animals. Especially to cats: there are a lot of them in Turkey, you can meet tailed cats literally at every step. Treat them very carefully, cherish and cherish. By the way, the abundance of cats does not affect the beauty of cities.

Due to the friendliness and sociability of the Turks, integration into their society will most likely be quite easy. Some traits of the mentality can be puzzling: for example, Turkish slowness, lack of punctuality, and slight apathy, which in some situations can cause irritation. 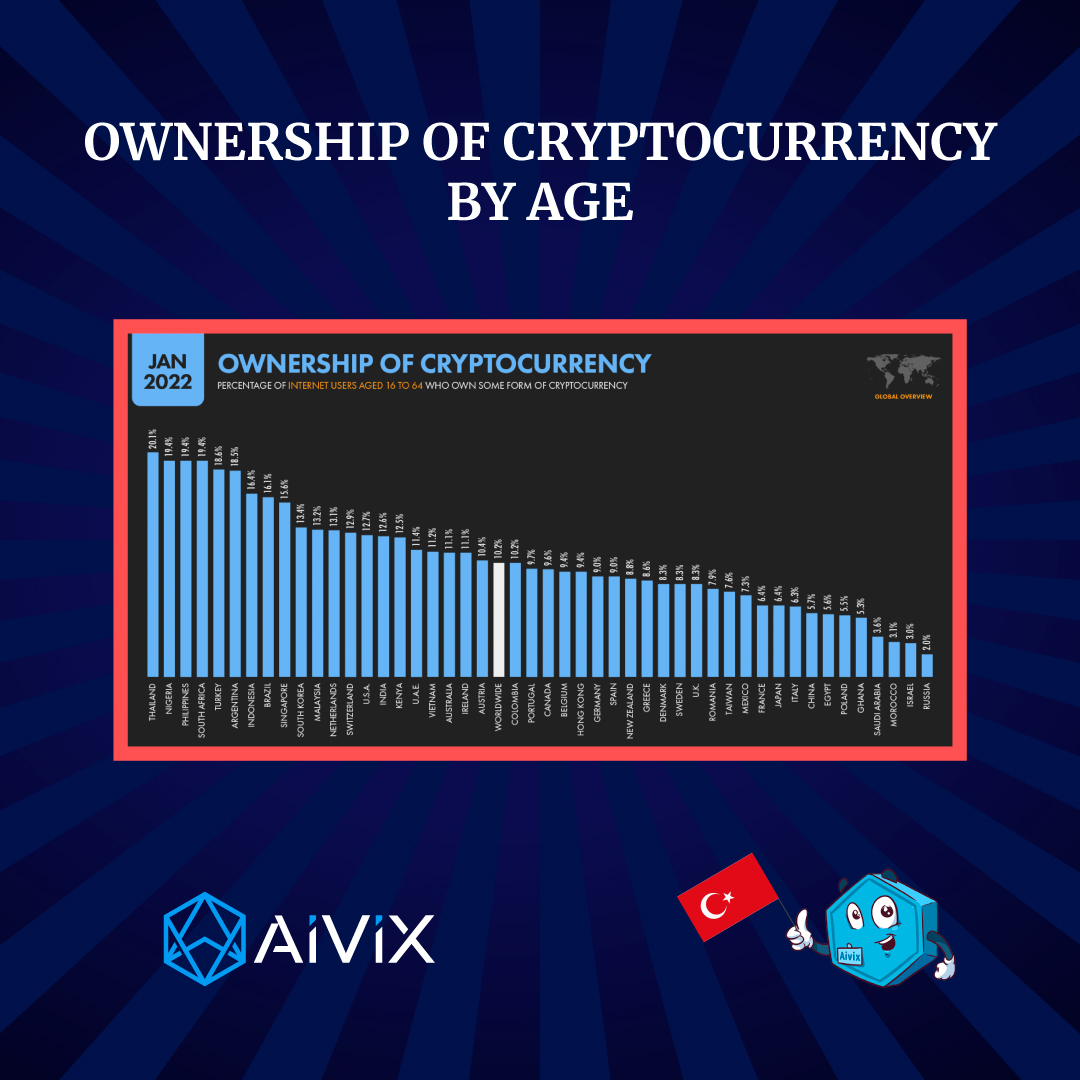 As a means of payment, cryptocurrencies have been banned in Turkey since April 2021. At the same time, President Erdogan said that the authorities are heading for the creation of their own national currency to replace private assets.

Despite the partial ban, digital coins in Turkey are very popular among the local population. It cannot be said that they are used everywhere in everyday life, but the trading volumes on the stock exchange from this region are very high: this is probably due to constant inflation.

Representatives of the Turkish authorities are probably afraid that the transition to bitcoin will negatively affect the state of the national currency and aggravate its position - for this reason, some experts predict a complete ban on private crypto assets.

Turkey is to some extent a unique country that has something to show. Despite some internal problems, it continues to develop economically and build international relations, which creates certain prospects for improving living standards.

It is worth coming here at least for tourist purposes - the amazing national flavor, delicious cuisine and beautiful architecture will not leave the traveler indifferent.