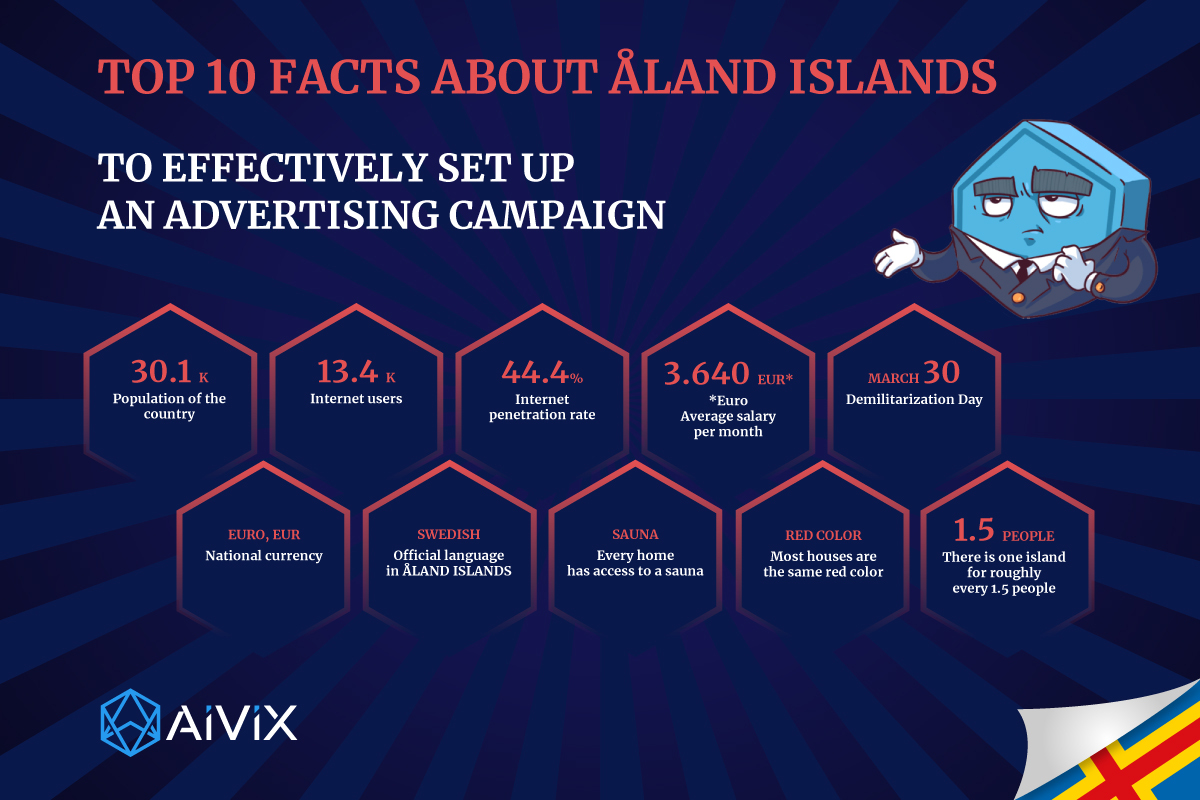 The Åland Islands, which are part of Finland as an autonomous region, are sparsely populated and independent. Strategically located between Sweden and Finland, this archipelago of hundreds of islands and islets guards the Gulf of Bothnia and dominates the Baltic Sea and the mouth of the Gulf of Finland. Hence its importance. In the process of its historical formation, this territory was occupied by the Swedes, Russians, Germans, and Finns, and today it is a pleasant tourist destination.

The archipelago extends over two branches of the sea, Kihti Skiftet, and Alandshav, which separate it from the Finnish and Swedish coasts respectively; the shores are rich in fjords, dug out by glaciation, which left behind numerous lakes and mounds. The climate is relatively mild, and moderate with an average annual temperature of 5.5 ºC. However, in winter, ice connects the islands to the Finnish coast. Winter is not very cold: the average January temperature is about -4 ºC. The warmest month is July - then the average temperature reaches +15 ºC, but can rise even higher. Despite the fact that the weather is mostly quite humid, precipitation is not as much as one might expect: an average of about 500 millimeters per year.

The archipelago includes several thousand islands (more than 6,000) with a total area of more than 1,500 km2, but only 60 of them are inhabited. Including the largest island of Aland, on which the capital of the autonomous region is located. Other large islands are Lemland, Ekkerö, Lumparland, and Vordø, which has only about 400 inhabitants. The capital has an airport, a state road connects it with ports of entry to Finland (Tarka/Abo) and Sweden (Grisselhamm).

The local population is Finnish Swedes: this is the name of ethnic Swedes who have received Finnish citizenship. A small proportion of the population is ethnic Finns. In total, more than 28 thousand people live on the territory of the islands.

Due to the ethnic characteristics of the local population, the main state language of the Åland Islands is Swedish.

In contrast to the language issue, with currencies, the Åland Islands completely inherit the example of Finland. The only official currency of the autonomy is the EUR. 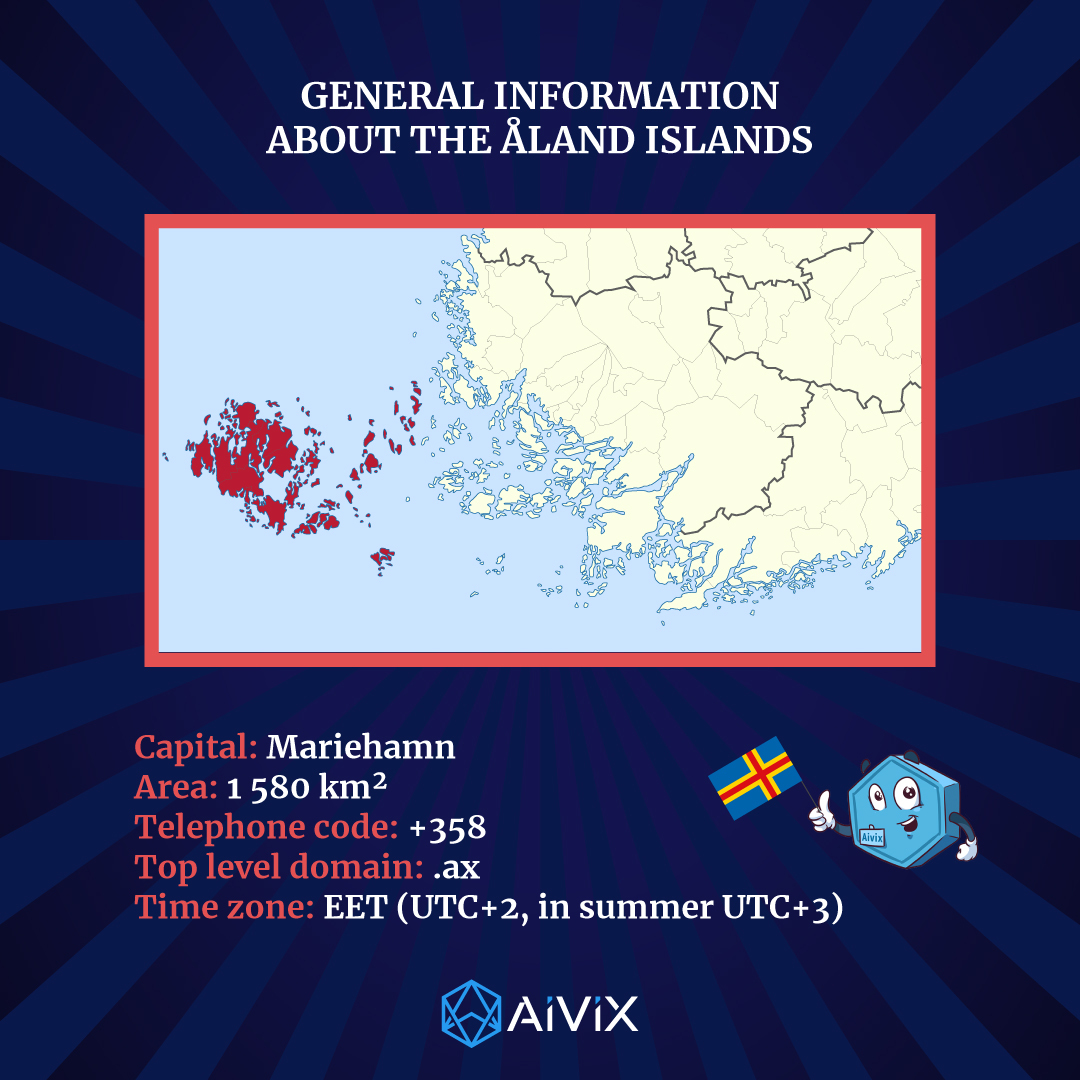 The level of Internet use on the islands, oddly enough, is not the highest. According to DataReportal, only 44% of the population uses the benefits of the network in 2022.

The main mobile operator, whose services are used by most of the local population, is Alcom. Tariffs are, to put it mildly, expensive: unlimited for 40 days will cost 60 euros. You can buy a local SIM card in the operator's company store in the capital; for some reason, they are not sold at the airport.

The Internet is, fortunately, very good. Since 2021, the 5G standard has been supported on the archipelago, and the Alcom company mentioned above offers coverage on almost all, even the most remote islands, but it’s worth considering: the maximum you can count on uninhabited patches of land is 3G or even 2G. It is unlikely that you will be able to watch the video on YouTube, but it is quite possible to call if the need arises.

Unlike Finland, the Åland Islands are part of the European Union, but at the same time, they have a fairly developed economy - one of the most developed in Europe. In 2017, the region's GDP amounted to more than 1 billion euros, and the per capita GDP was more than 40,000 EUR. This is one of the best indicators in all of Finland.

It is interesting at the same time that due to the peculiarities of the relief and climate on the archipelago there is neither a large number of industrial enterprises nor a significant number of agricultural lands. Insignificant areas under crops are used for growing potatoes, sugar beets, onions, and some grain crops.

Instead, the region's GDP is formed by the main industries: transport, communications, banking, and trade. Favorable economic and geographical position contributes to the development of seaports and cargo transportation, making the Aland Islands an important center of shipping.

Do not forget also about the importance of fishing, which has been the main industry of the archipelago since ancient times. Due to active fishing, the resource was significantly depleted by the end of the last century, but so far this area is able to contribute to economic development. 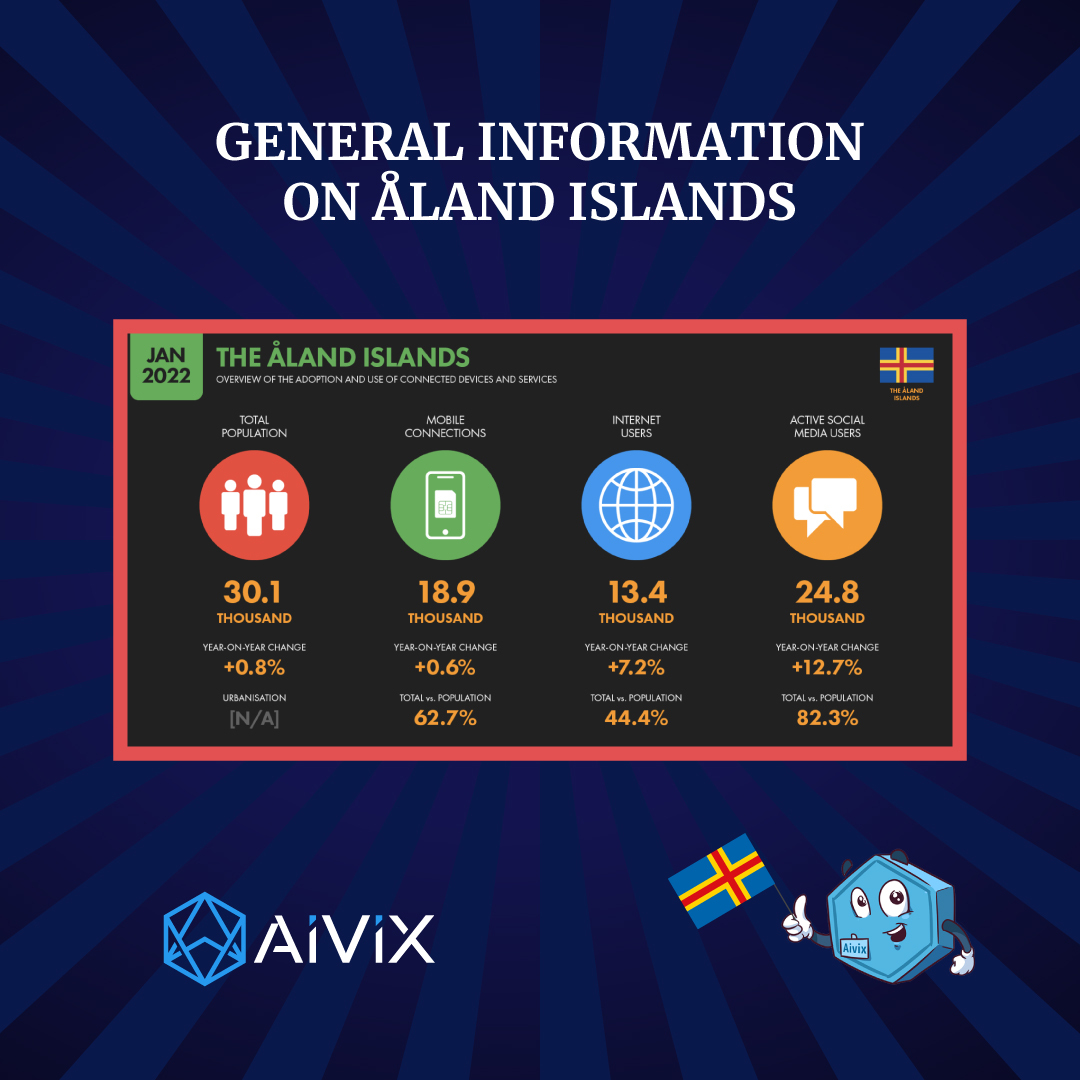 Job on the Åland Islands

The incomes of Alanders are higher than the average in Finland: the average salary fluctuates around 3,500 EUR. The lowest salary is about 1000 EUR. The system for calculating the rate in the archipelago depends on the actual work experience. The older the specialist, the higher the salary he can apply for.

An average office manager earns around 3,000 EUR on average. Lower salaries for civil servants: low-skilled accountants, teachers, nannies, and kindergarten teachers - about 1,500 EUR. Unlikely, medical personnel earns more: an average of 2,900 for nurses, 5,000-6,000 for doctors, and 7,000 EUR for dentists. Lawyers and journalists receive an average of 4,000 to 7,000 EUR.

Online advertising in the Åland Islands does not have the same effectiveness as in mainland Europe - primarily because of the very small target audience. Social network Facebook reach in 2022 is about 60% of the total population (DataReportal notes that not all of them are unique users). Coverage on the social network Instagram is slightly worse: it is about 52%. The figures are even lower in Facebook Messenger - 48% of the total population or 110% of the total number of Internet users. Expected social media advertising spending in 2022 is $295 million.

The most popular digital advertising direction in Åland and Finland in principle in 2022 is the so-called search advertising. Total spending on it in 2021 amounted to more than $400 million; about 256 million was spent on banner advertising.

So far, advertising on computers has dominated in popularity, and when creating an advertising campaign, it is better to focus on PC users. However, in the coming years, according to forecasts, the share of the popularity of mobile advertising will only grow.

Costs per user are quite high, averaging $48 per user for social media ads, and $50 for banner ads. Search ads cost the most, over $80 per user. The data is relevant for 2021 - in the future, prices will only increase. 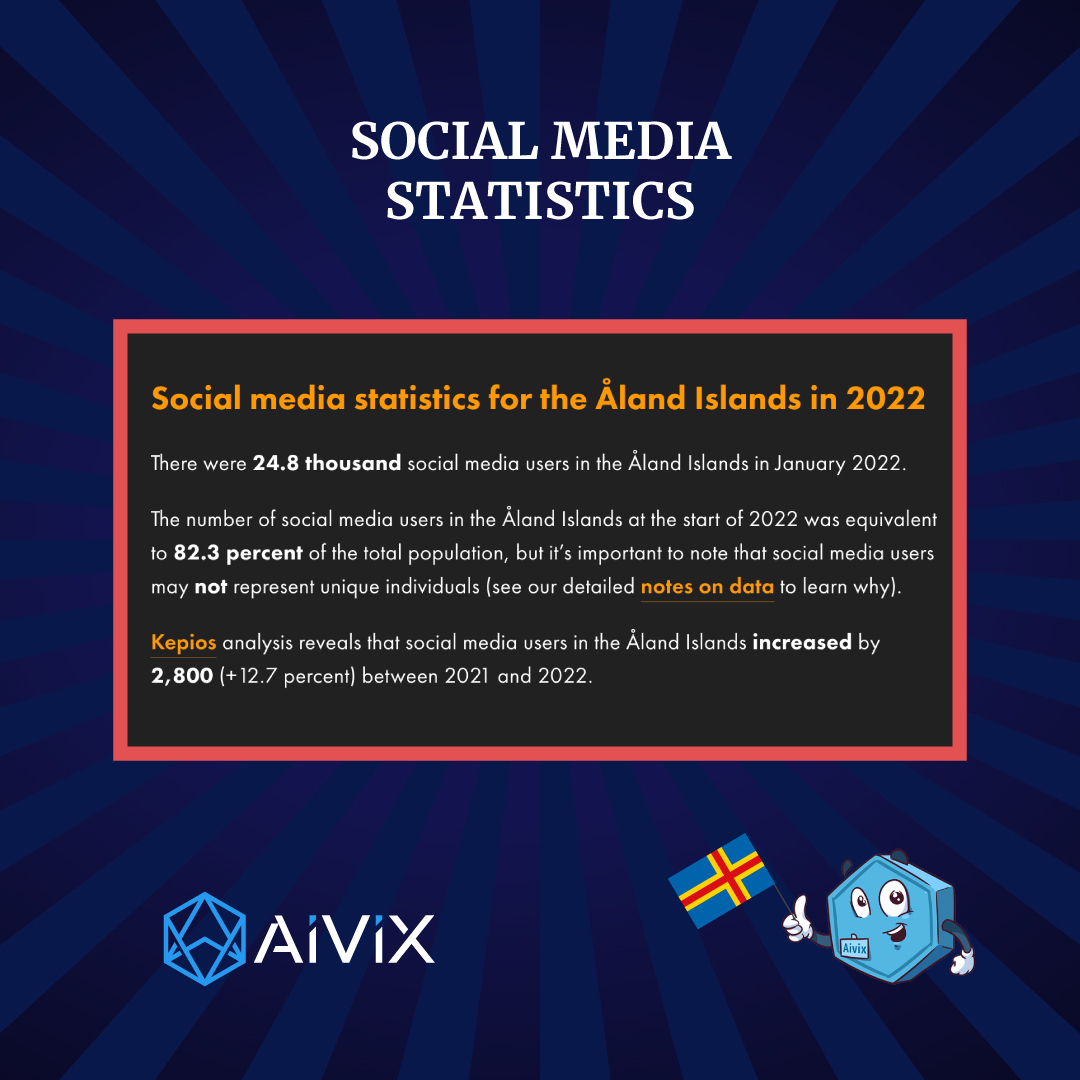 As in Finland, the Åland Islands have a fairly developed education. About 4.7% of GDP is allocated for it annually.

Compulsory for children is only the first nine years of education, consisting of primary and incomplete secondary. Interestingly, in local schools, the first six grades are considered primary, as in a number of other European countries.

After the ninth grade, you can stop studying, or you can enter a gymnasium or lyceum - this is a mandatory step for those who want to enter a higher educational institution in the future.

The choice of universities is small - there is only one in the entire archipelago, the Åland University of Applied Sciences. It is located in the capital Mariehamn and offers to unlearn classic humanities (for example, sociology, tourism, media), technical (for example, IT or mechanical engineering), and medical (dentistry, psychiatry, and general medicine in various areas). However, there are quite a few courses in English, the university is not focused on foreign students and teaches mainly in Swedish.

Medicine in Finland, including the Åland Islands, is almost entirely financed from the state budget, and private clinics account for only a small share. The local population can use basic services completely free of charge, and a small fee must be paid for visiting highly specialized doctors. A large hospital, however, only one for the entire archipelago, is located in the capital. The Åland Islands are characterized by a pan-European hospital problem - a rather long wait in queues.

The services of private specialists are not in great demand due to the high cost. You can cover them by purchasing optional health insurance.

November 5 - Cathedral of All Saints 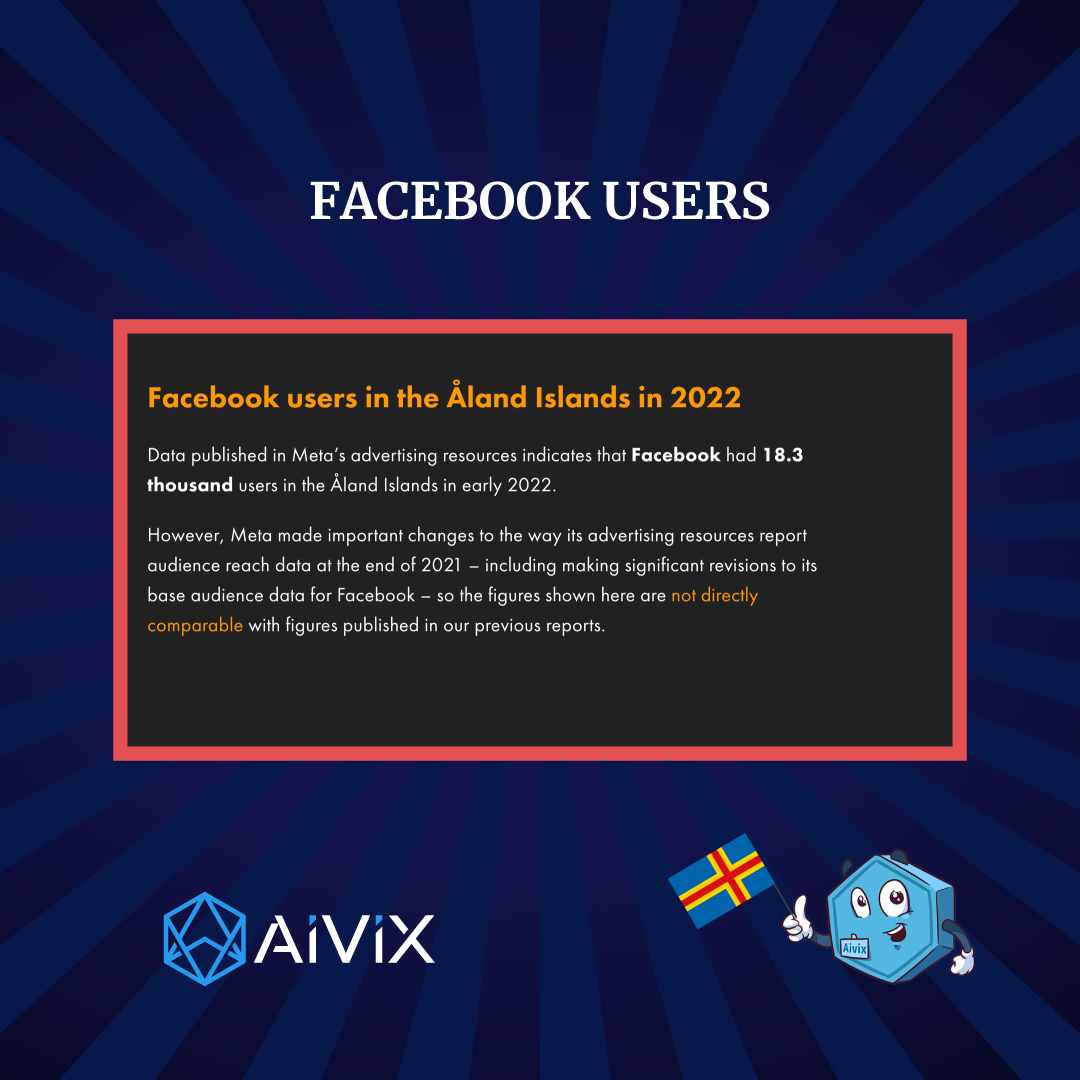 The mentality of the Alanders is rather Swedish. Life on the islands flows very slowly, and in non-tourist seasons it freezes completely: having arrived on the archipelago in the spring, you can stumble upon empty streets, closed bars, and shops. The local population is characterized by accuracy and conscientiousness, which affects their environment. There is also an extremely low level of crime, and generally following the rules - be it the norms of behavior in society, prohibition signs on flower beds or the principle of sorting garbage. Perhaps it was the local calm and tranquility that affected the fact that the Åland Islands were demilitarized: they have neither a regular army nor military service.

Alanders are characterized by isolation. Despite the fact that officially the archipelago is part of Finland, in fact, it lives its own life, and the inhabitants read themselves rather as a separate people. This also manifests itself in relation to visitors: despite the fact that the islands often receive tourists from different countries, the attitude towards them is courteous and cool-neutral. Ingratiating politeness and obsession, as somewhere in Egypt or Thailand, is not here. It will also be difficult to make friends or at least a close acquaintances when moving to a permanent residence. On the other hand, it is almost impossible to run into a conflict with an Alander - in this their isolation and detachment are rather a plus. 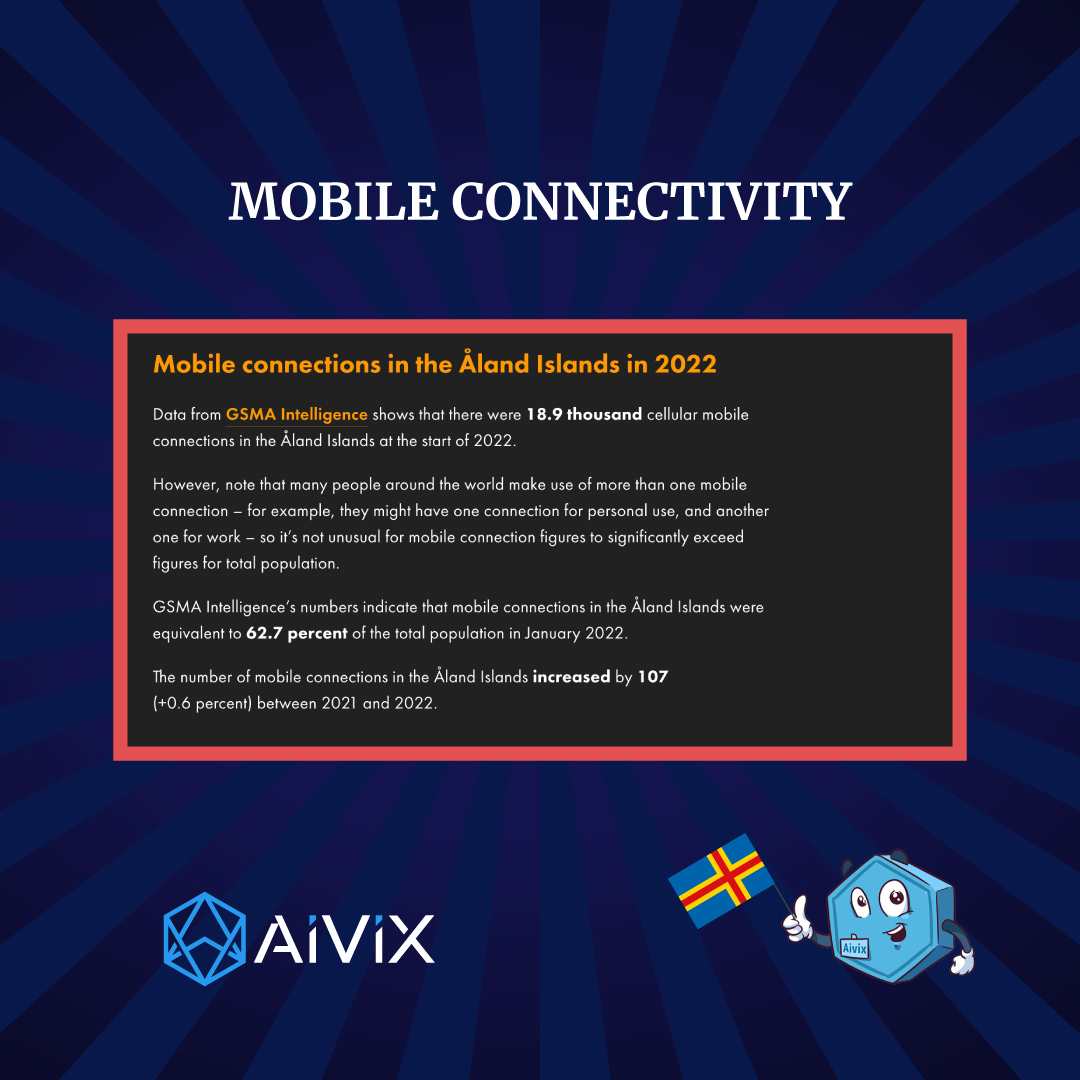 Cryptocurrency is not prohibited in the Åland Islands. Moreover, as part of Finland, the region is even friendly to this sector, especially to blockchain technology. You can buy and sell digital assets freely.

Those who plan to start a business related to digital assets must obtain an appropriate license, which will allow them to issue their own cryptocurrencies or offer services for their use as an operator (for example, an exchanger or exchange). Even though the European Union rules regarding crypto-assets have no weight here, the entrepreneur will also have to face the regulation and control of his business.

Life on the Åland Islands is arranged in its own way. History and traditions are carefully preserved here, showing the so-called isolated island mentality in all its glory. Tourists will be greeted by amazing nature and a lot of attractions - you just have to choose the right time for a visit.