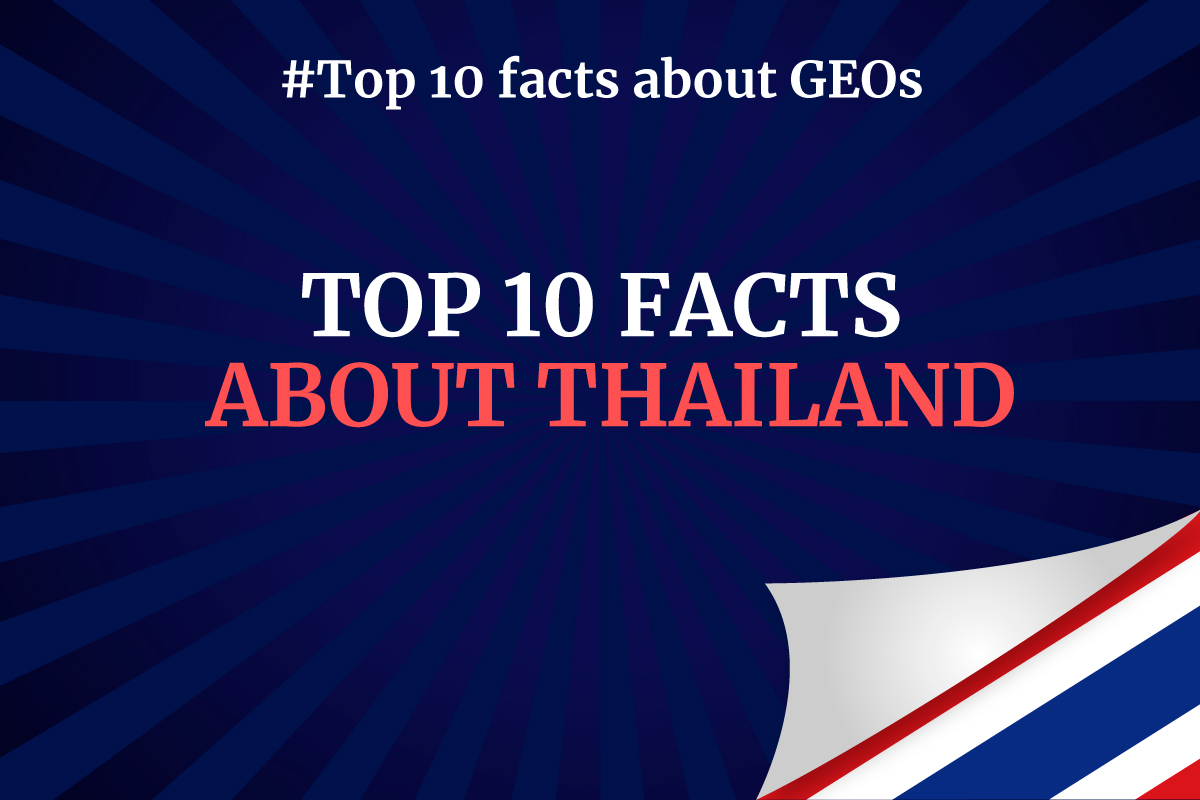 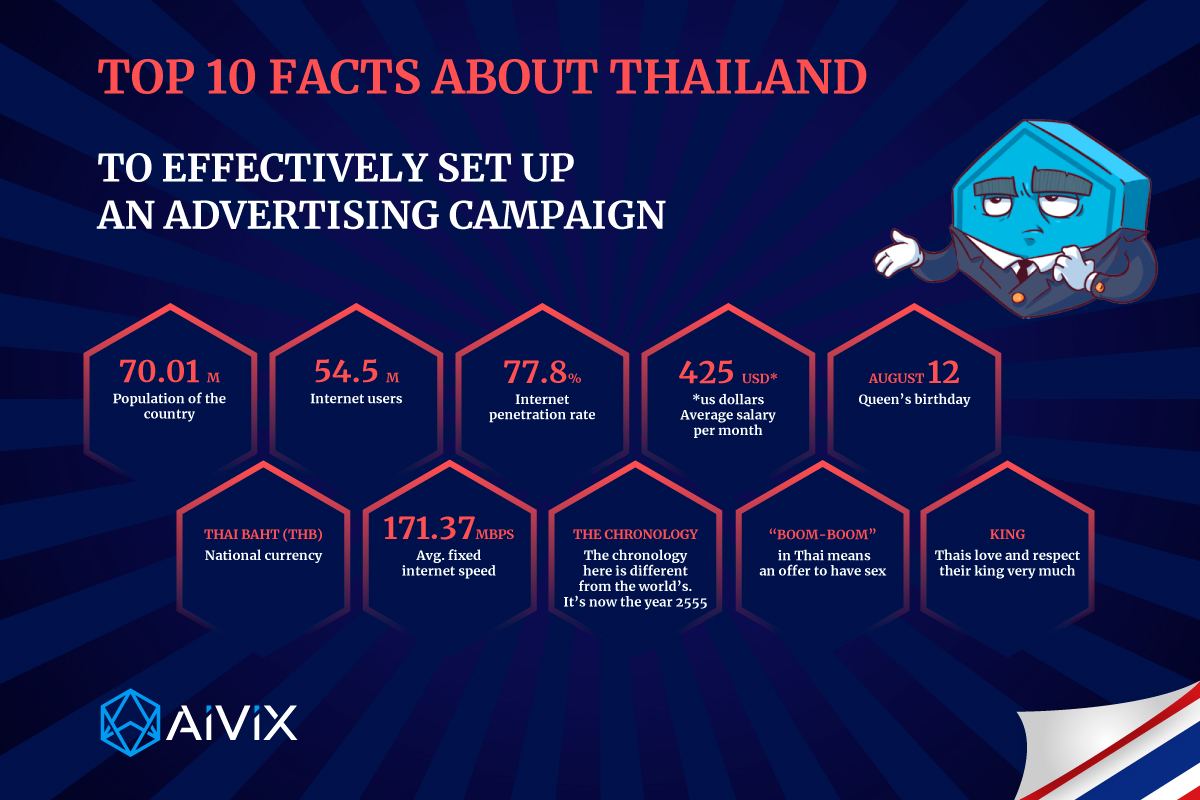 Thailand is a state in Asia, known until the 1930s as Siam: it received its familiar name only in 1949. Since the mid-twentieth century, Thailand has been living in an atmosphere of political upheaval, characterized by frequent coups and changes in military regimes. In order to balance the closeness to the West and its cultural and economic models, the country has also embarked on a course towards the restoration of truly Asian, nationalist, and progressive values, a trend that is characteristic of the whole of Indochina.

In 2022, Thailand is known primarily as a tourist destination popular with Europeans.

Thailand occupies the relatively low central part of the Indochinese Peninsula, stretching from north to south for about 1700 km. Facing south towards the sea, the central plain near the Chapuhraya River - rich, well-irrigated, and very populous - is the main core of the country.

The climate of Thailand is significantly influenced by the monsoons, the consequences of which, however, are not uniform throughout the territory, both because of the considerable extent in latitude and because of the proximity to the sea in some areas and, conversely, because of the remoteness from the sea and proximity to mountains.

In general, two seasons can be distinguished: dry and rainy. The latter falls in the summer period and is most pronounced on the Malay Peninsula, where the climate can be defined as equatorial. The average annual temperature is 27.5 ºC, the average January temperature is about 26.3, and about 27.9 ºC in July.) Constant rainfall is more than 2000 mm per year.

Almost the entire population (more than 69 million people as of 2020) is currently made up of Thais but is also represented by other, much smaller ethnic groups: Cambodians, Laotians, and Chinese.

In Thailand, the only official state language is Thai, which is represented by several varieties and dialects. It is spoken by about 60 million people.

Also, the local population has no problem understanding English and can speak it fluently - especially in popular tourist areas. 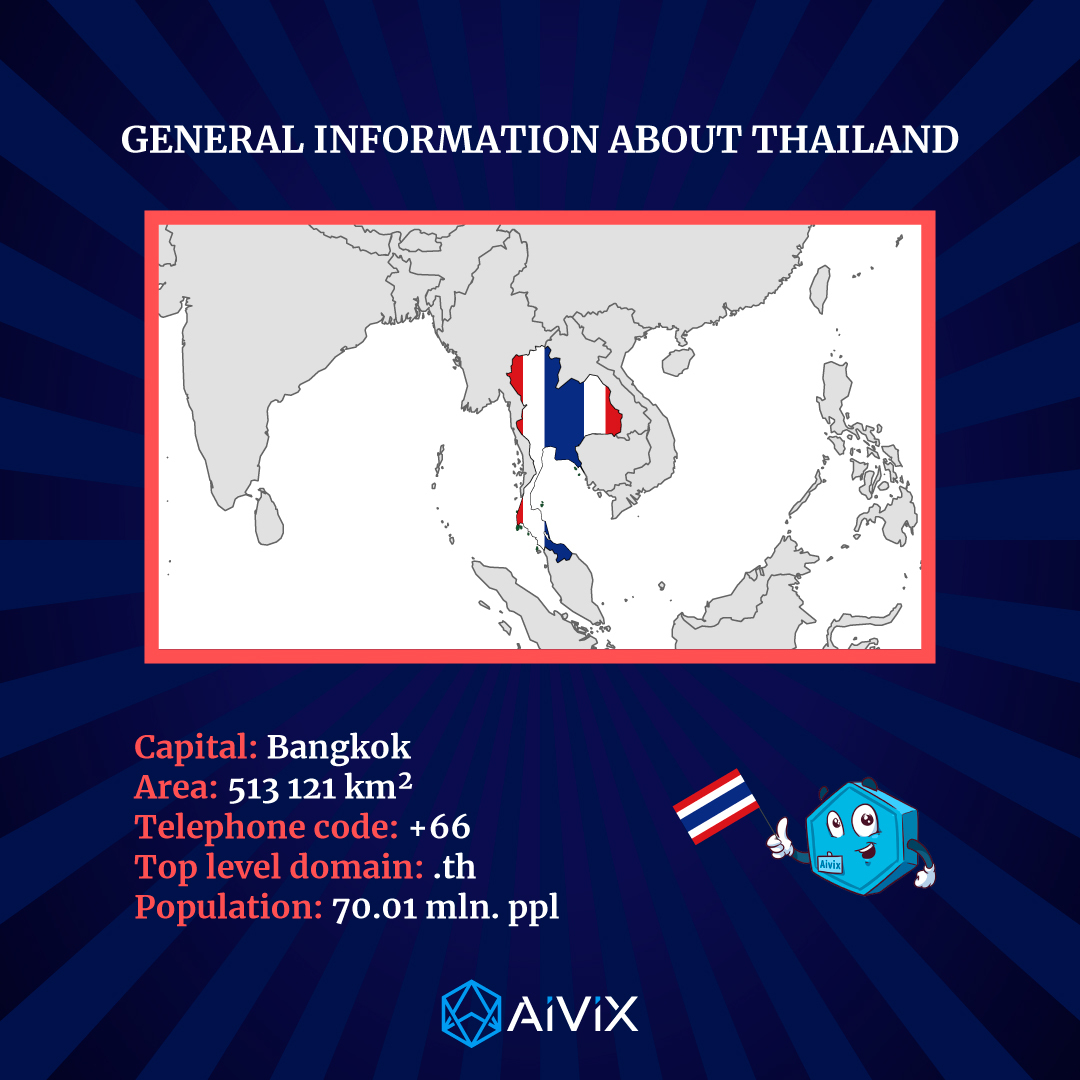 The local official currency is the Thai baht. You can buy it for dollars, euros and even rubles at exchange offices. 1 EUR costs approximately 35 Thai baht.

Internet coverage in Thailand can be described as rather patchy, with high-quality services in major cities and their complete absence in remote rural areas. 4G is supported throughout the country.

Among locals and long-term tourists, the most popular mobile operator offering internet is DTAC. It can be purchased at the airport upon arrival or at local supermarkets. The cost of the SIM card itself is about €1.5: in addition, you also need to select a tariff for connection. Tourist offers usually cost €7-€8 per month - they provide only 5Gb of the Internet. 10GB will cost twice as much.

At the same time, you cannot just buy a SIM card, as in the CIS countries: for this, you need to provide the seller with your passport, on which it will be registered. 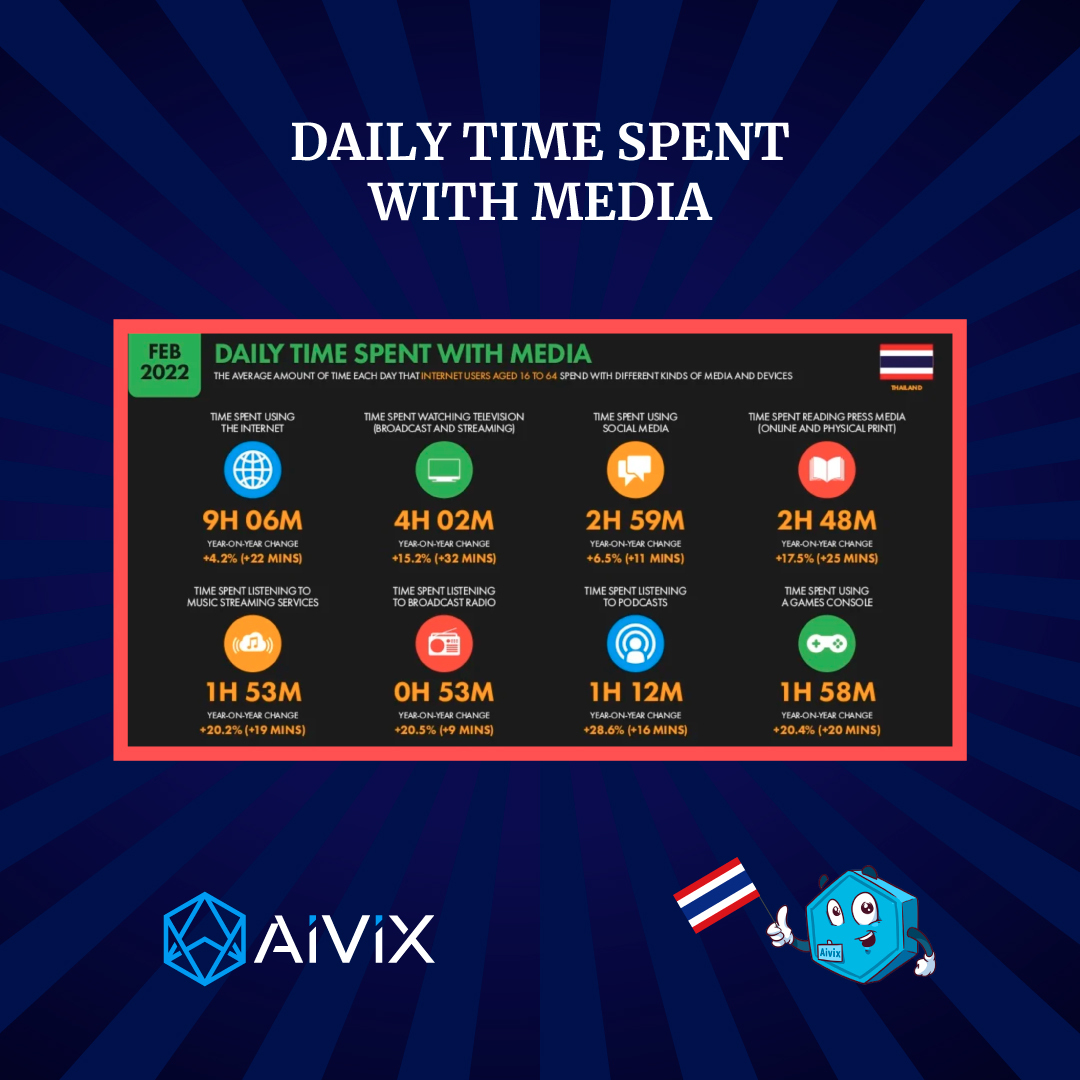 Before the country was hit by the tsunami in 2004 and the political crisis of 2006, Thailand made important progress towards economic recovery by overcoming the crisis of 1997-1998. This was made possible by austerity measures and financial transparency agreed with the IMF.

The export-oriented economy (supported by a general recovery in Asian economies) resumed robust growth at 4.5% in 2000. Both domestic consumption and industrial production increased from 1997 to 1998, while foreign investment declined. with the consequences of the natural disaster caused by the tsunami, and taking into account the 2007 elections, the country confirmed the positive dynamics of the economy, which in 2005 recorded an increase of 4.5%, and in 2006 - by 5%.

It is also worth noting several important factors. First, economic development has been achieved through foreign investment, which continues to control the bulk of the country's productive and financial economy; secondly, until very recently, production existed almost exclusively due to the intensive exploitation of natural resources (timber, rubber, agricultural and fishery products).

The rapid industrialization of the country did not become an incentive for harmonious development at the territorial level, but led to the opposite results: it made the countryside poorer and provoked mass migration to cities. The distribution of wealth is very uneven, both at the territorial level, as already mentioned (the area of the capital and some tourist resorts, especially along the coast of the Gulf of Thailand, is richer and more developed than the rest of the country), and at the social level: the concentration of wealth in a small number of people is a traditional feature of the local society.

The country's GDP in 2020 was about $500 billion. The largest part falls on the tourism sector, agriculture is also developed: fishing (shrimp and other seafood), growing coconuts, pineapples, and sugar cane. 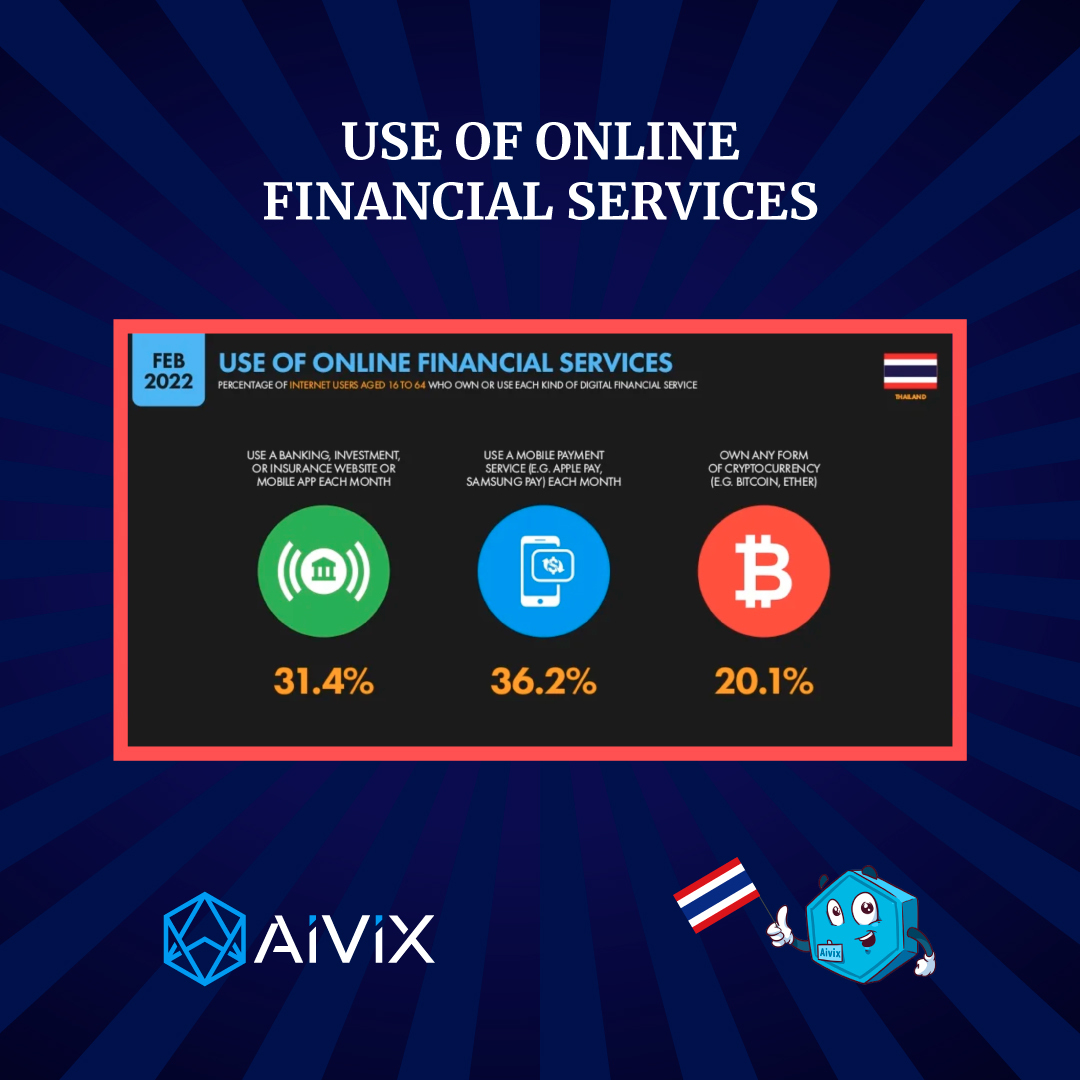 Wages in Thailand vary considerably from region to region. Moreover, even under the conditions of legalization, a foreigner will have to face a number of restrictions: for example, non-residents do not have the right to work in the construction industry and in some specialties related to agriculture. Also, many professions require appropriate education.

Representatives of the IT sector can claim the highest salaries: from $850 to $1500. Also managers, teachers, doctors, and lawyers. For migrants, a more realistic employment scenario is tourism vacancies.

Visitors can consider offers in the field of the most demanded professions:

Visitors with knowledge of the language can apply for the position of call center operator or middle manager. The unemployment rate is quite low at less than 2% by the end of 2021, so there are usually no problems finding a job.

Thailand can be called an expensive country in terms of tourism, but with a stable source of income and permanent residence, the cost of most services for the population is rather moderate.

The most expensive life is in large cities: for example, in Phuket or Bangkok. In smaller cities (for example, Pattaya), the costs will be about one and a half to two times less. The cost of apartments starts at an average of $400 per month, plus the cost of utility bills and the Internet.

It is much cheaper to eat self-cooked food, although you can also have a relatively inexpensive meal in restaurants for locals: on average, about $2 per person. Prices for some products in local stores:

It is quite cheap to buy local exotic fruits, which are better to look for in local markets: there is more choice, prices are lower and you can always bargain with sellers. A kilo of dragon fruit costs about $2, just like a kilo of mango. 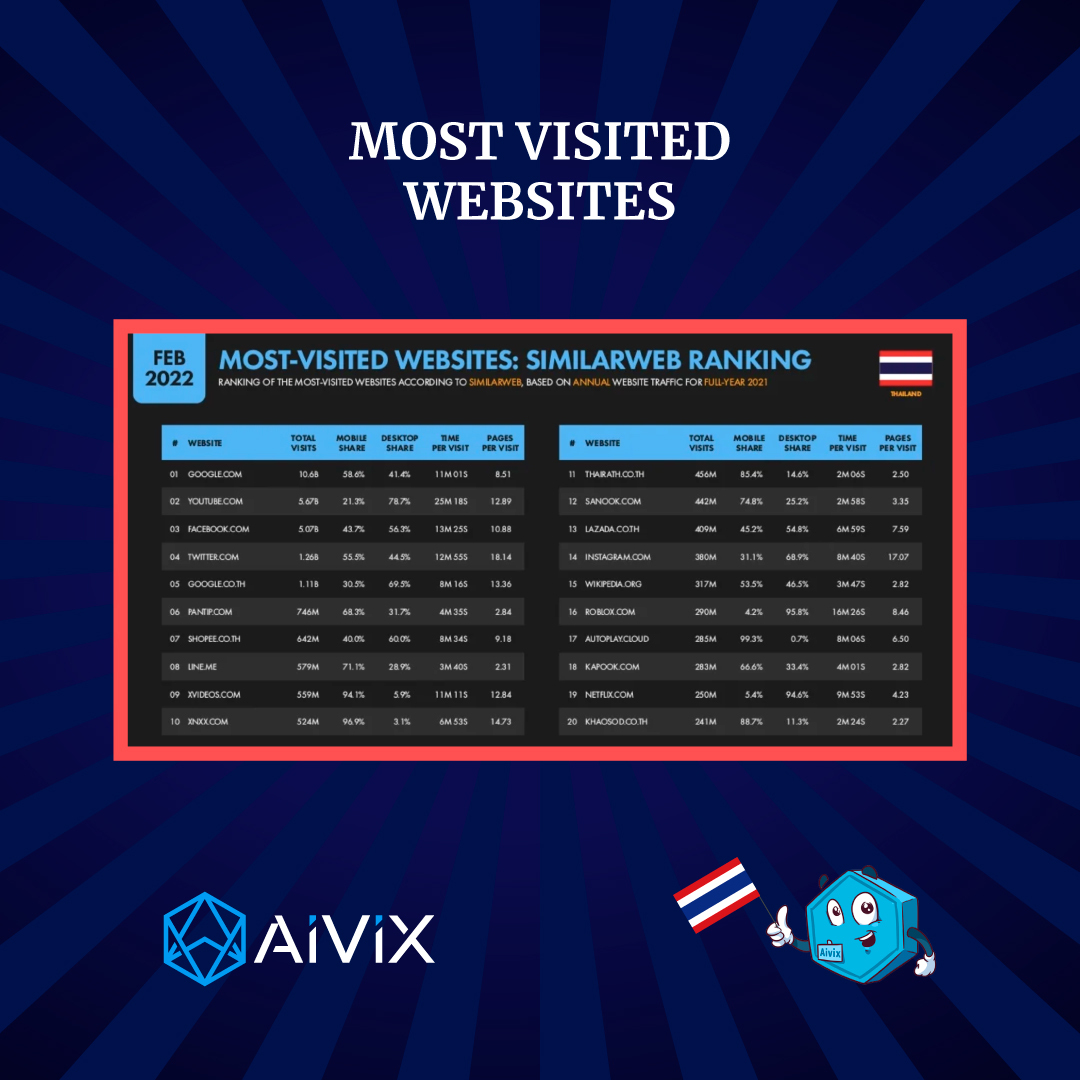 Thailand is distinguished by a fairly high quality of medical care: people from other countries deliberately come here for treatment.

Traditionally, medicine is divided into two categories: private and public. It is the state that accounts for most of the institutions in the healthcare sector, and services are provided under insurance programs. Health insurance policies in the country are in great demand and have more than 90% of the population.

Despite the spread of policies and government intervention, medicine in Thailand remains predominantly paid, although in public clinics the cost of services is much lower than in private ones.

Also in the country, as well as throughout Asia, alternative medicine methods are common: acupuncture, massages, herbal decoctions, and others.

Education is well developed. As in most countries in Europe and Asia, Thailand provides a basic free 12-year schooling, of which only 9 classes are compulsory.

To enter a higher educational institution, it is necessary to complete all 12 classes. There are currently 170 universities in Thailand, but it cannot be said that they enjoy great prestige in the international scientific community or are considered attractive to foreign students.

8. October 13 - Anniversary of the death of King Bhumibol

Thais are open, straightforward people, living at their own pace, not always clear to a European. Many local habits will surprise a visitor: a high degree of religiosity or inability (by the standards of Europeans again) to handle money.

Many characteristic features of the mentality are associated with the most common religion in Thailand - Buddhism. Its adherents often look at life philosophically, and do not tolerate haste - and this applies even to the service sector: the rule of pleasing the client in all possible ways does not always work in this country.

As in most Asian countries, collectivism prevails in Thailand - national interests always prevail over individual ones, and this is also expressed in behavior. 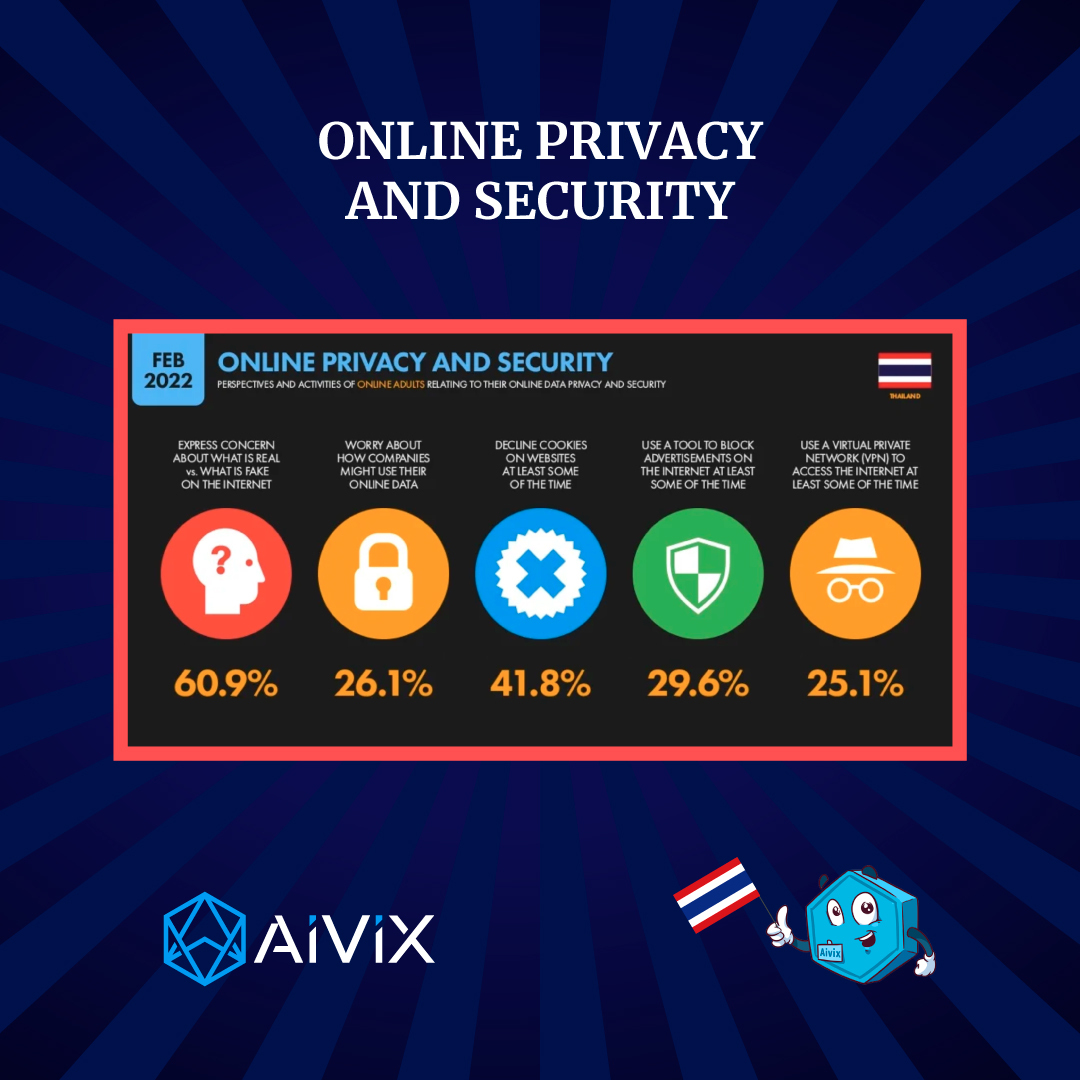 The attitude towards cryptocurrencies in Thailand can be described rather as negative. The government is not very interested in the development of this sector, and on April 1, 2022, the use of digital assets as a means of payment was banned in the country. This is due to concerns about the potential threat of cryptocurrencies to the Thai economy and monetary policy.

At the same time, the turnover of assets between individuals can be carried out freely. The local population is allowed to buy and sell cryptocurrencies on the stock exchange, exchange them, and hold them as an investment or accumulation tool. However, it cannot be said that the Thais are too actively using this opportunity.

Thailand is a country with a unique nature and cultural context, which has become one of the most popular tourist destinations in the world. Now it continues to develop and is worth visiting at least not for a long time - and someone sees this place with a leisurely exotic lifestyle as an ideal place to move forever.