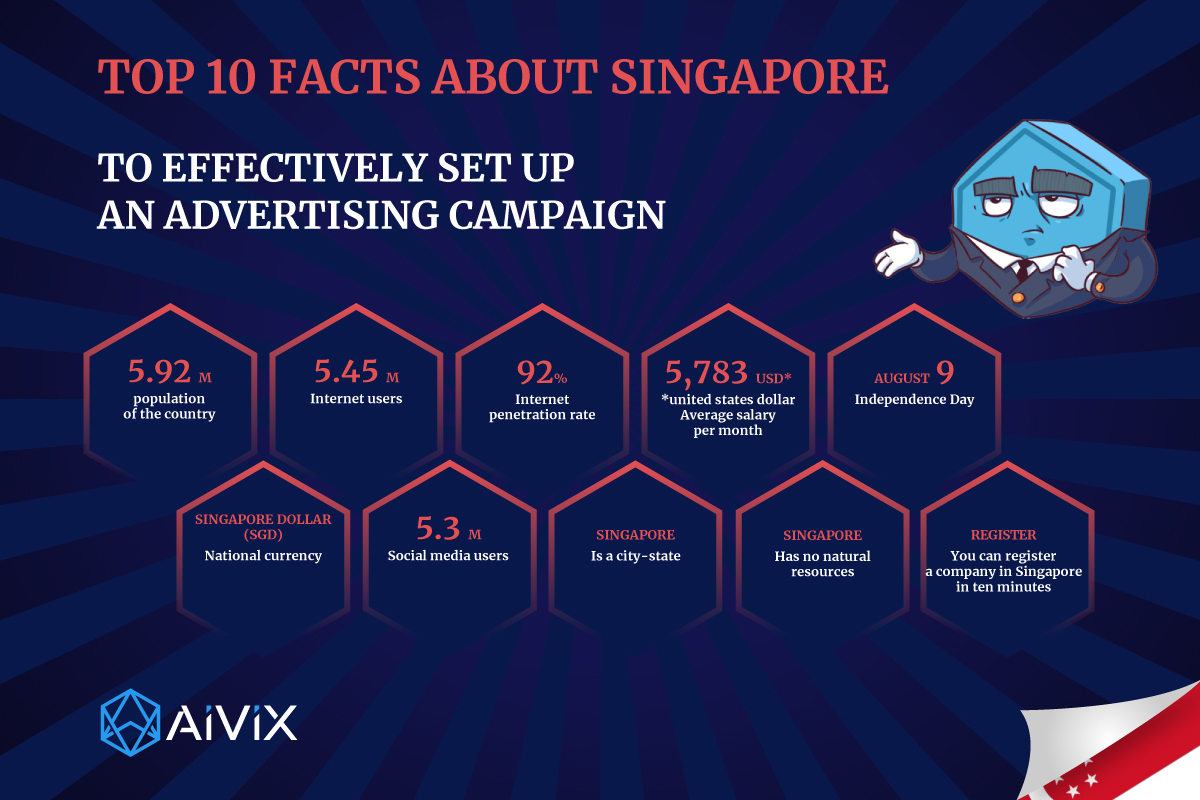 1. Geography and population of Singapore

Singapore is an island nation located in Southeast Asia between the Indian Ocean and the South China Sea. To the north, the Strait of Johor separates Singapore from Malaysia, while to the south, it separates the country from Indonesia. The country is located slightly above the equator at 1°N, so its climate is typical for tropical rainforests.

The country consists of one main island, Ujong (Singapore Island), and 63 islands to the south and east, some of which have been expanded by man-made land reclamation. The area of Singapore is only 733.6 km², which is about 3.5 times less than the area of Moscow. Despite its small area, it is the largest city-state in the world. Since the country is a city-state, the capital of Singapore is Singapore.

Singapore's terrain is generally low-lying with a gently sloping central plateau. The eastern part of the island is characterized by flat terrain. while in the west there are low hills. At an altitude of 163.63 m, there is the highest natural point in Singapore - Bukit Timah Hill, located on a ridge near the center of the island of Singapore. 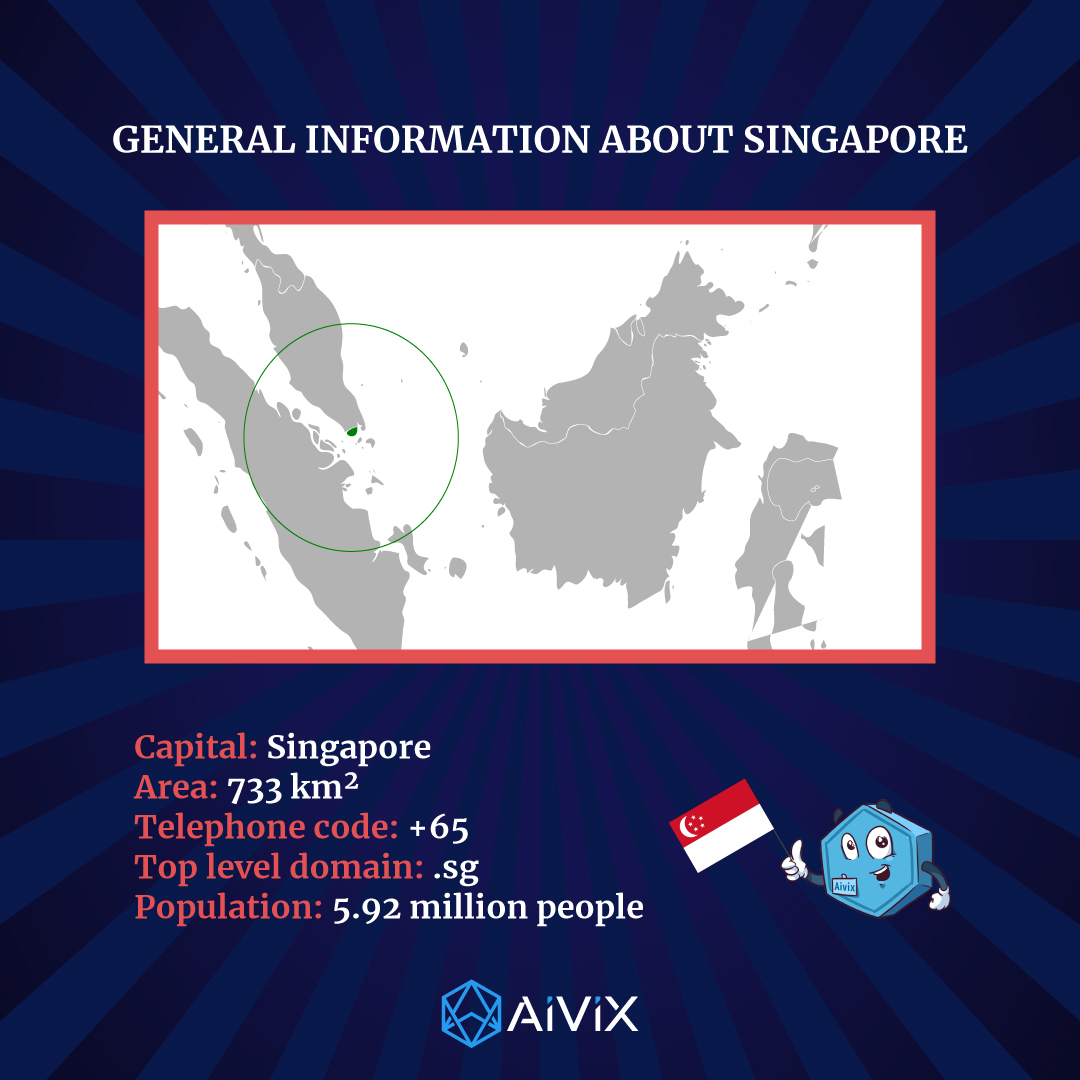 Singapore is known for its multiculturalism, cleanliness, nature, safety, tourism, and technology. Since gaining independence from the United Kingdom in 1963, Singapore has established itself as a global financial and technology hub with a diverse and multicultural population of 5.6 million.

Official citizens make up approximately 60% of Singapore's population; the remaining 40% are permanent residents or foreign students and workers. In terms of population density, Singapore ranks 3rd in the world after Monaco and Macau.

Singapore's population is made up of a number of ethnic groups including Chinese (74.3%), Malays (13.3%) and Indians (9.1%). Singapore is also one of the most religiously diverse places in the world with a wide range of religions practiced here including Buddhism, Christianity, and Islam.

Although many people still speak Tamil, Singapore's population is multilingual. In the constitution of the country, 4 languages are considered official: Malay, Chinese, Tamil, and English. Their official status indicates that all street names, station names, and signs must be written in each of these 4 languages.

Singaporeans also speak a peculiar English called Singlish. This local mix mixes English with common Chinese dialects (mostly Hokkien) and some Malay. "Singlish" is used in most places, such as signage, and is often very informal. It is the most commonly used language in Singapore.

The Singapore dollar (SGD) is the official legal currency issued by the Republic of Singapore. Its dollar denominations are usually denoted with the symbol S$ to distinguish it from other dollar currencies such as the US dollar and the Canadian dollar.

In addition, in order to facilitate economic and trade relations, Brunei, Malaysia and Singapore have adopted a system of free interchangeability of their currencies. This decision came into force on June 12, 1967. However, Malaysia abandoned it in 1973. Singapore and Brunei decided to continue the agreement. Consequently, both the Brunei dollar and the Singapore dollar are currently accepted for use in these countries at a ratio of 1:1. 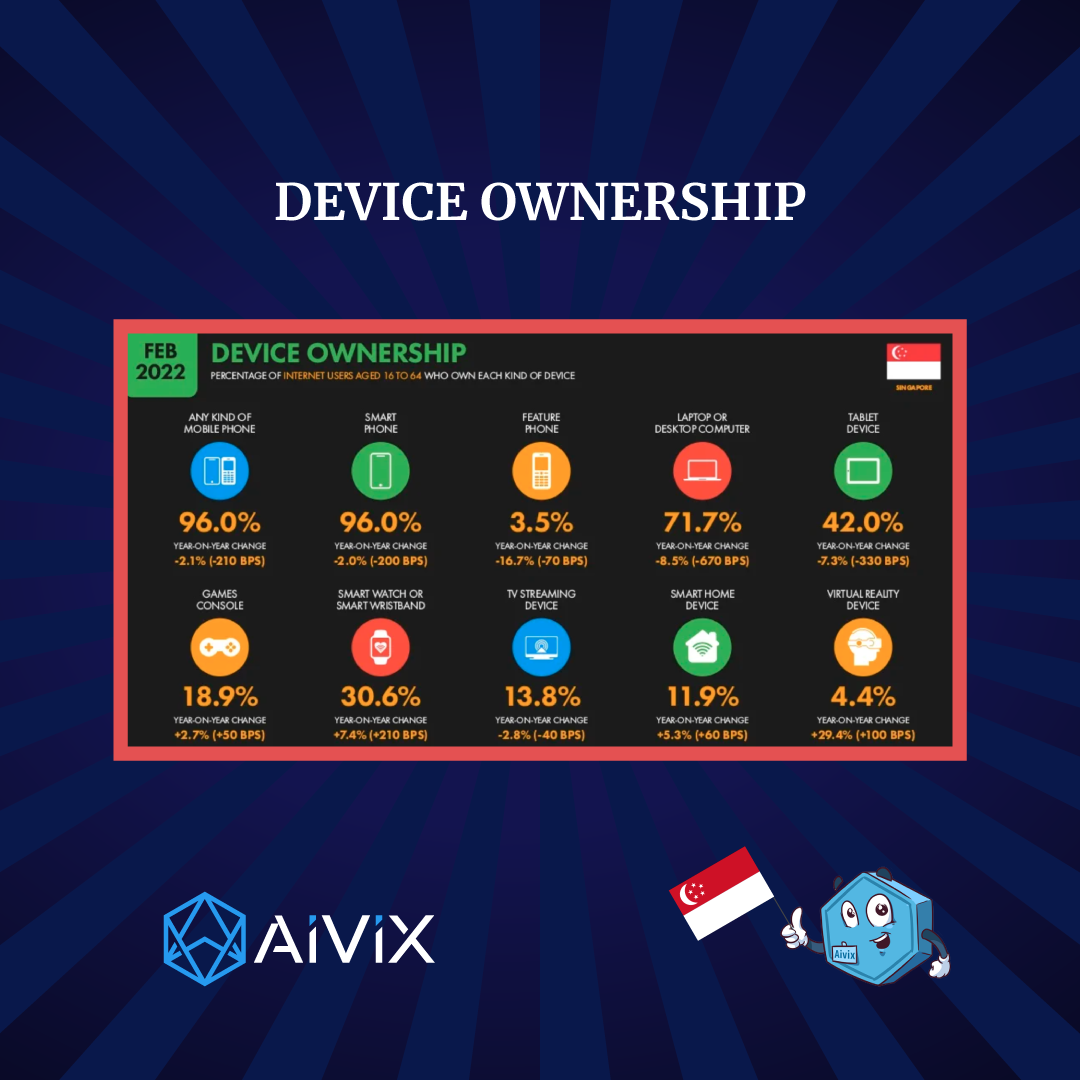 Internet connection speed in Singapore in 2022

Data published by Ookla shows that internet users in Singapore can expect the following internet connection speeds in 2022:

• Average speed of connection to the mobile Internet via cellular networks: 63.41 Mbps.

Singapore's economy is one of the most developed economies in the world. It is characterized by excellent financial performance and a high degree of openness. At the same time, the country is highly dependent on international trade.

Singapore's economy is highly industrialized. The main industries are electronics, petrochemicals, trade, finance, and business services. The agricultural sector is practically non-existent. In 2021, the industrial sector accounted for 24.4% of GDP and employed 15.2% of the active population. The industry is dominated by electronics and petrochemicals, but also includes biomedical sciences, logistics, and transportation engineering.

The service sector provided 70.9% of GDP and employed 84.1% of the active population in 2021. The service environment is dominated by trade, business services, transport, communications, and financial services. In 2021, it was a trade that accounted for 320.6% of Singapore's GDP. The country ranks 15th among importers and 14th in the world in terms of exports (WTO, 2021). Major exports include electronic integrated circuits and microassemblies, electrical machinery and equipment, mineral fuels, as well as chemicals, optical and medical equipment, transportation, business services, tourism, and financial services.

As a regional commercial center, the port of Singapore is one of the most important in the world. It ranks 2nd in terms of total container transportation after Hong Kong. Growth in the transport and warehousing, health, and social services sectors did not offset the decline in the leisure and personal services, and education sectors. 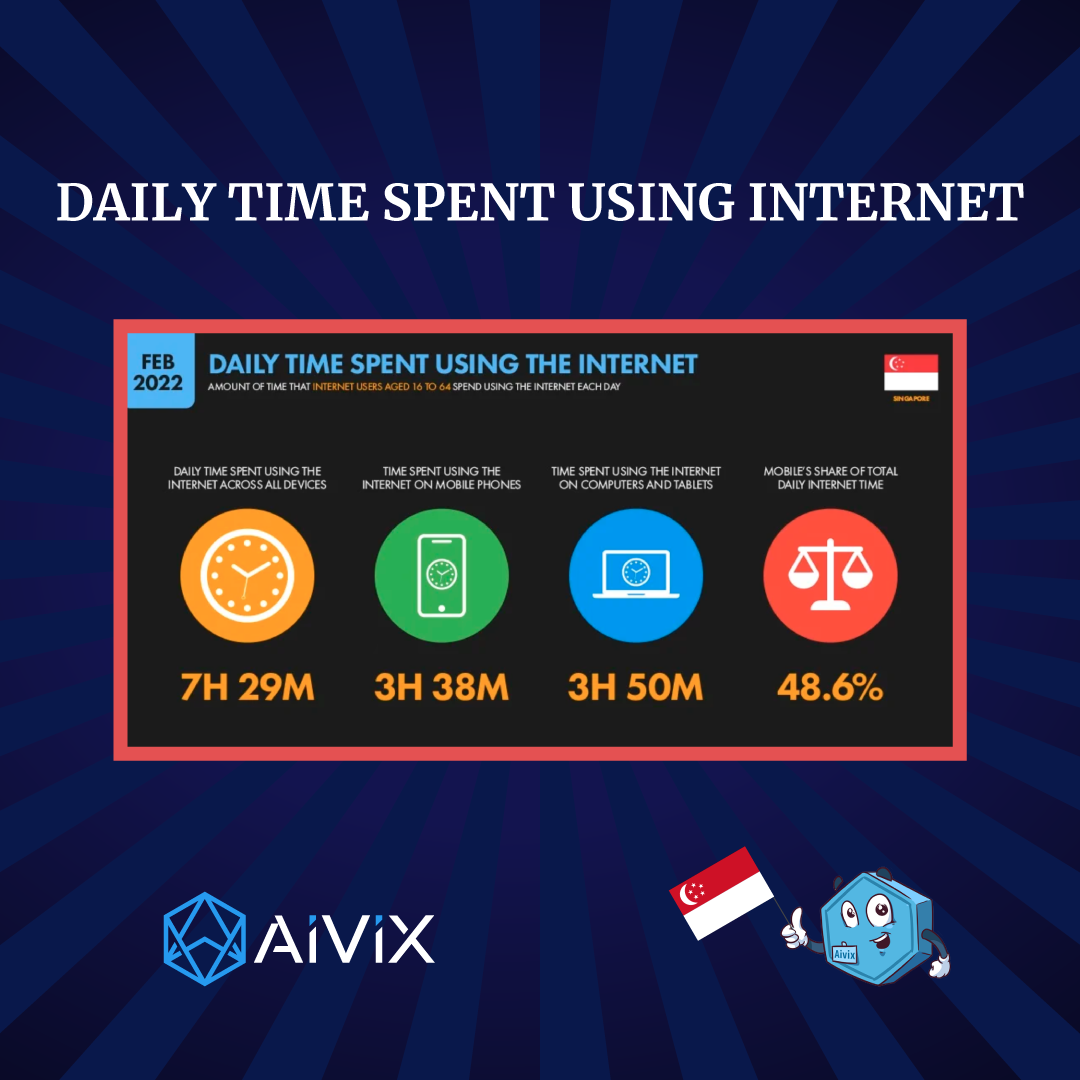 The average salary in Singapore is $5,681 per month. The most typical earnings are $3,048 per month. The salaries of men and women differ. Men earn on average 20% more than women.

The highest-paid professions are management and business with an average income of $8,325 per month and insurance with an income of $7,980 per month.

7. Working days and holidays in Singapore 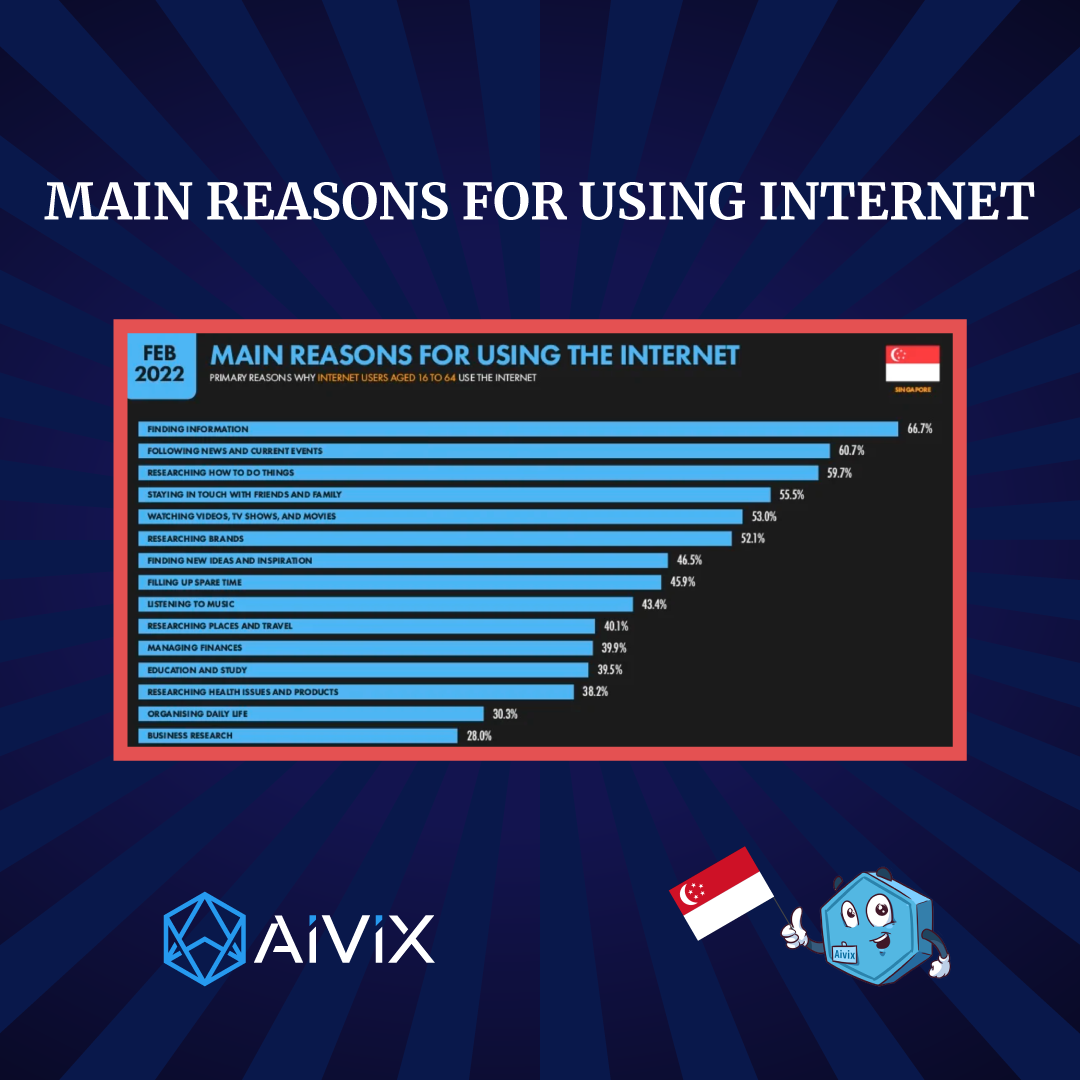 8. Mentality of residents in Singapore

Singapore is a true melting pot of cultures where the east meets the west. Because of this peculiarity, Singaporeans stand out with a mentality made up of a unique combination of Asian and Western cultural influences. These cultural themes give rise to unwritten cultural rules and regulations that govern how Singaporeans behave in any given place, and in this case, your workplace.

Thus, Singaporeans have a strict attitude towards life, marked by clear power structures and clear lines of social status. This severity is largely expressed in pedantry - Singaporeans are never late, they are always tidy, and try to keep the world around them clean.

Many Singaporeans say they grew up with a system that is competitive and always motivating to chase money. This mentality breeds toxic behavior. This contributes to Machiavellian behavior in a society where people pursue their ideals at the expense of the common good.

This approach to life seeps into social norms: for example, in Singapore, the poor will be condemned, because, in the opinion of the Singaporeans, they have not made enough efforts to raise their standard of living. This is not always fair.

The evolution of Singapore's economy has been accompanied by changing trends in advertising and marketing. Now the main trend is the personalization of advertising. Companies are not only interested in learning more about their target audience, but also want to connect with them on an individual level. Singaporean companies find it necessary to provide as specific touchpoints as possible in order to simplify and expedite the buying process.

Outdoor advertising on bus benches, billboards, exteriors, and interiors of buses, business vehicles, taxis, and signage is also popular in Singapore. These ads are usually placed in high-traffic areas. 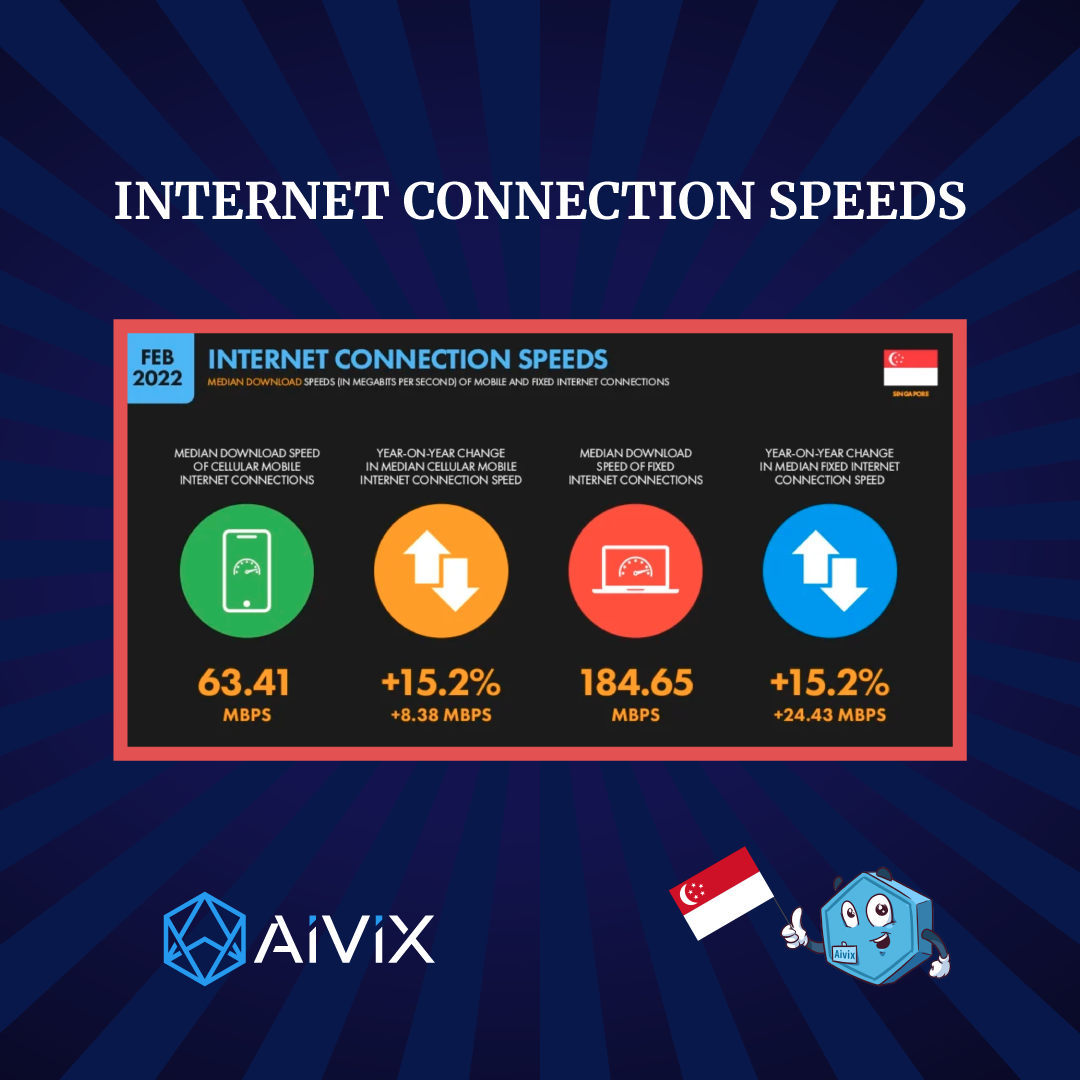 Singapore has taken a more crypto-friendly stance than some of its regional neighbors. While cryptocurrencies are not yet considered legal tender under Singaporean law, the tax authorities treat bitcoins and altcoins as "goods" and therefore apply a Goods and Services Tax (Singapore's version of VAT).

The Monetary Authority of Singapore (MAS) has taken a neutral stance on the rise of cryptocurrencies: it clarified in 2017 that while the state will not attempt to regulate virtual currencies, it will regulate digital payment tokens (DPTs) if these tokens are classified as " securities". While the MAS has taken a non-partisan approach to date, in 2020 it warned the public about the risks of investing in crypto products.

In general, MAS's gentle approach to regulating cryptocurrency exchanges in Singapore has resulted in existing legal frameworks being applied where possible. In January 2018, MAS issued a press release warning the public about the risks of cryptocurrency speculation, and Deputy Prime Minister Tharman Shanmugaratnam stated that cryptocurrencies are subject to the same regulatory measures as traditional fiat currencies.

A year later, the Payment Services Act of 2019 (PSA) was passed, making exchanges and other crypto-currency businesses subject to the MAS regulatory body and requiring them to obtain an operating license from the MAS as of January 2020.

Since the PSA has only recently entered into force, there will inevitably be a period of adjustment. Today, crypto-currency companies in Singapore are adapting to the new legislative environment. In the future, the MAS is likely to adopt additional rules to further flesh out its position on cryptocurrencies.

With this in mind, in July 2020, MAS proposed new financial sector regulations with implications for the crypto industry. Under the proposals, MAS aims to introduce stricter taxation standards for crypto service providers in Singapore and higher requirements for technology risk management in the financial sector.