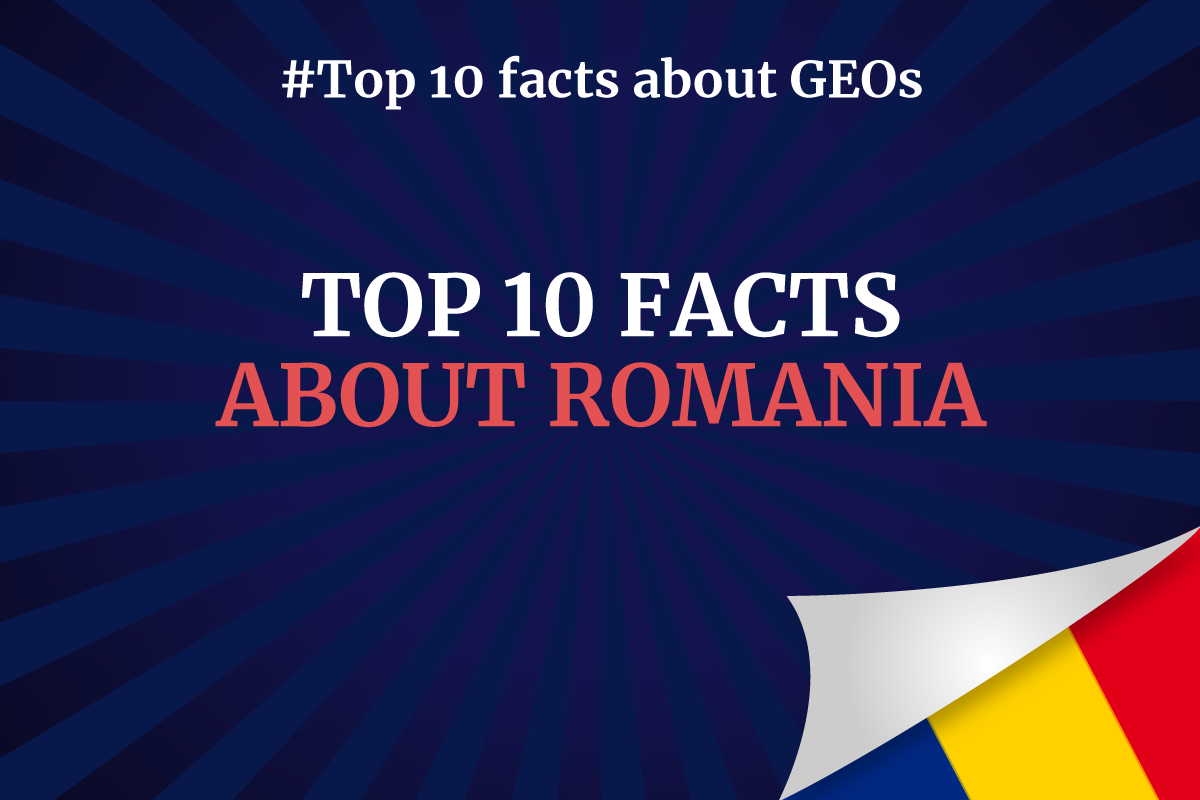 1. Geography and population in Romania

Romania is a state in South-Eastern Europe. Partially located in the northeastern part of the Balkan Peninsula. In the southeast, it is washed by the Black Sea. It shares borders with Ukraine in the north, Moldova in the east, Hungary in the north-west, Serbia in the west and Bulgaria in the south.
Romania is a country where the famous historical region of Transylvania is located, surrounded by the Carpathian Mountains.

All Romania's territory belongs to the same time zone. 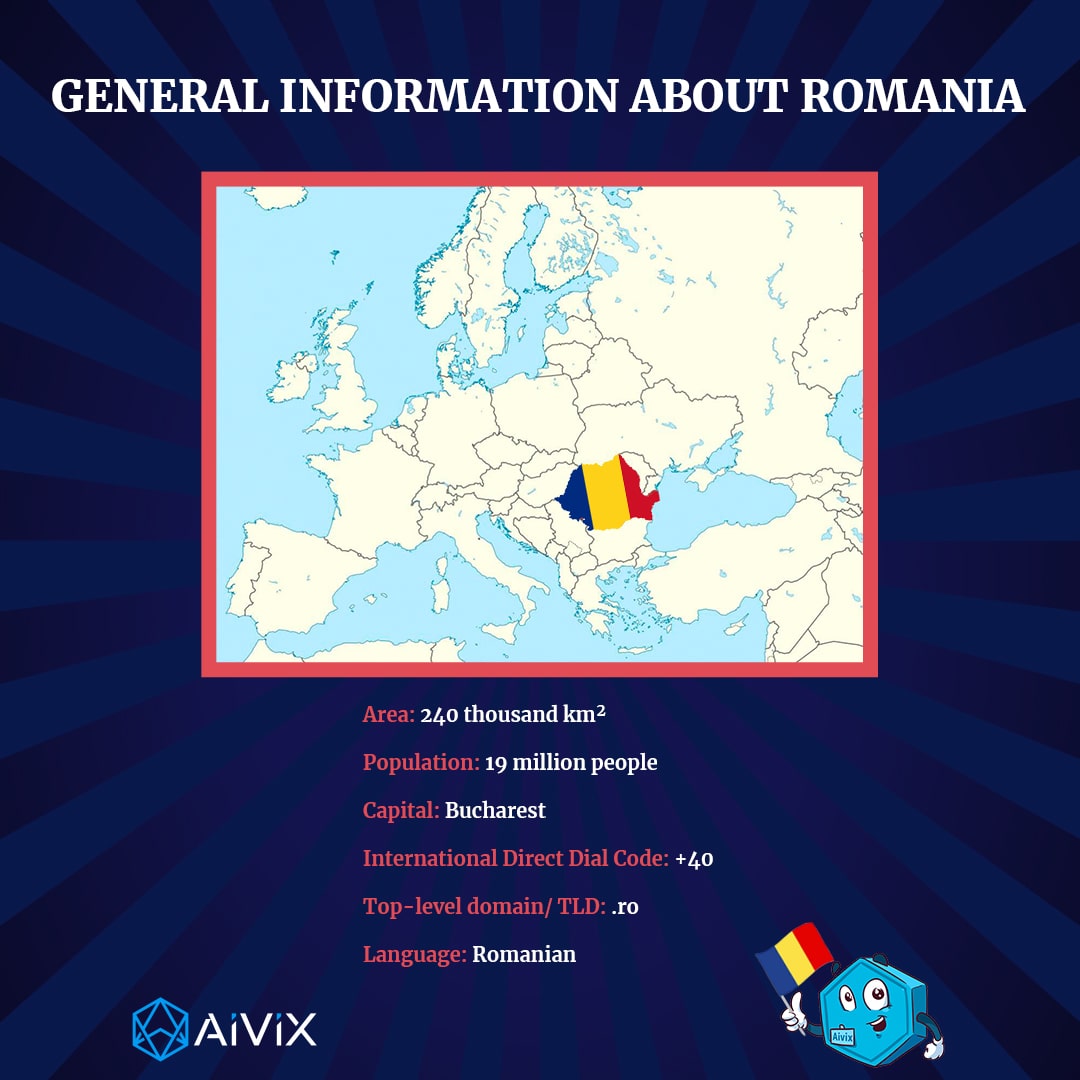 Romanian is an Indo-European language that belongs to the Balkan-Romance subgroup of Romance languages. It is the fifth most common Romance language after Spanish, Portuguese, French and Italian. It has an official status in Romania, where it is the mother tongue and the main spoken language for the majority of the population.

The total number of Romanian speakers in the world is about 24 million, and the total population of countries where Romanian is the official language is about 28 million.

The Romanian leu is the national currency of Romania. Consists of 100 saunas.

As of June 2016, there were 18.8 million Internet connections in Romania; by the end of 2012, more than 600 thousand domains were registered in the .ro zone. The country also uses the .eu domain (European Union), because of membership in the EU.

Due to its high data transfer speed, the Romanian Internet is considered one of the most efficient Internet segments in the world: as of January 2011, cities such as Constanta, Iasi and Timisoara were among the 100 cities with the highest Internet connection speeds.

According to the UNSAR-IRES barometer “Risk Perception and Insurance Culture in Romania”, the percentage of Romanians choosing to purchase insurance policies using online tools has doubled compared to last year.

Thus, if in 2019 only 6% of Romanians stated that they prefer to buy insurance products via Internet without using a mobile phone, then in 2020 their share increased to 12%, most likely due to restrictions during the COVID-19 situation, which has driven the rapid growth in access to online services.

The same study shows that about one in five (about 18%) prefers online services to buy or manage insurance policies, while the share of those who use online services in general, other than insurance, is 59%.

Romania is an industrial-agrarian country with a relatively high level of economic development, with a very high level of HDI, and a highly qualified workforce. The Romanian economy has the 13th largest GDP among the EU countries, but the level of GDP per capita is about 69% of the European average. Romania is the 7th EU country in terms of purchasing power.

Today the level of poverty is falling rapidly, and incomes of the population are growing. Romania plays a strategic role in the region. Thus, Romania is the largest manufacturer of electronics and automobiles in Eastern Europe, one of the most attractive countries in Europe for investment, the largest producer and buyer of information technology in the region. Bucharest is the largest city in Southeast Europe, the largest economic and industrial center in the region. For 2016-2017 - Romanian economy is the fastest growing in the European Union.

Agriculture is given considerable importance, accounting for almost 40% of the total economically active population, although only 20 years ago it accounted for less than 25%. Due to the very diverse soils and climatic conditions on the territory of the country, diversified agriculture is perfectly formed.

The main industry is mining. Significant reserves of oil and natural gas have been recorded on the territory of the country, and the development of fields is very active. The main oil-producing stations are located in the Carpathian Mountains.

The minimum wage in Romania in 2020-2021 is about 2,500 lei, which is equivalent to 500 euros (already tax deducted). This is the amount usually received by service personnel, seasonal workers, students, etc. Professionals in their field have the opportunity to earn more. 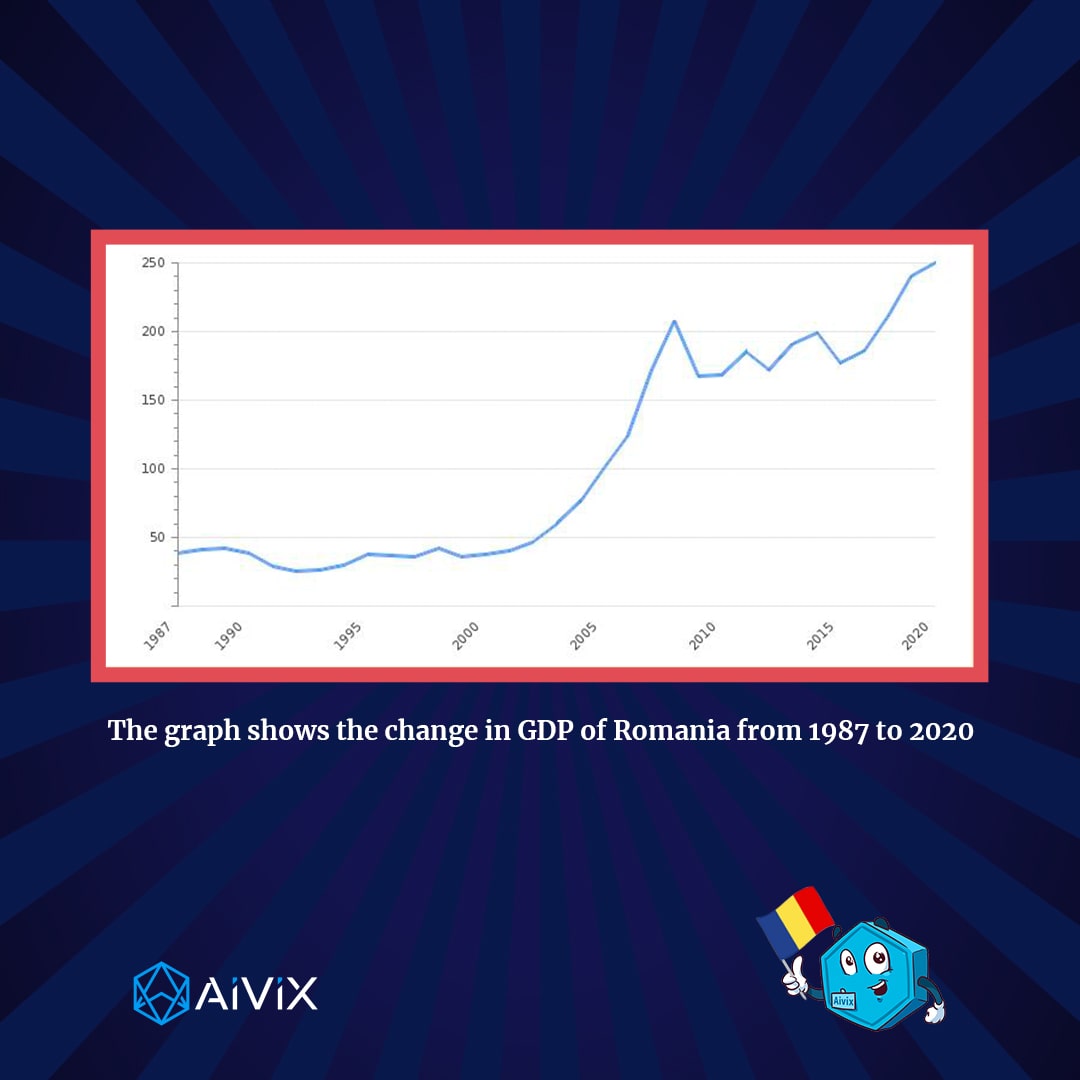 According to official figures from the Romanian National Institute of Statistics, the average salary in Romania in 2021 is 5,549 lei per month (about €1,135). The level of remuneration largely depends on qualifications, experience, profession and a particular city. You can count on a relatively large income in Bucharest, Brasov and Constanta. 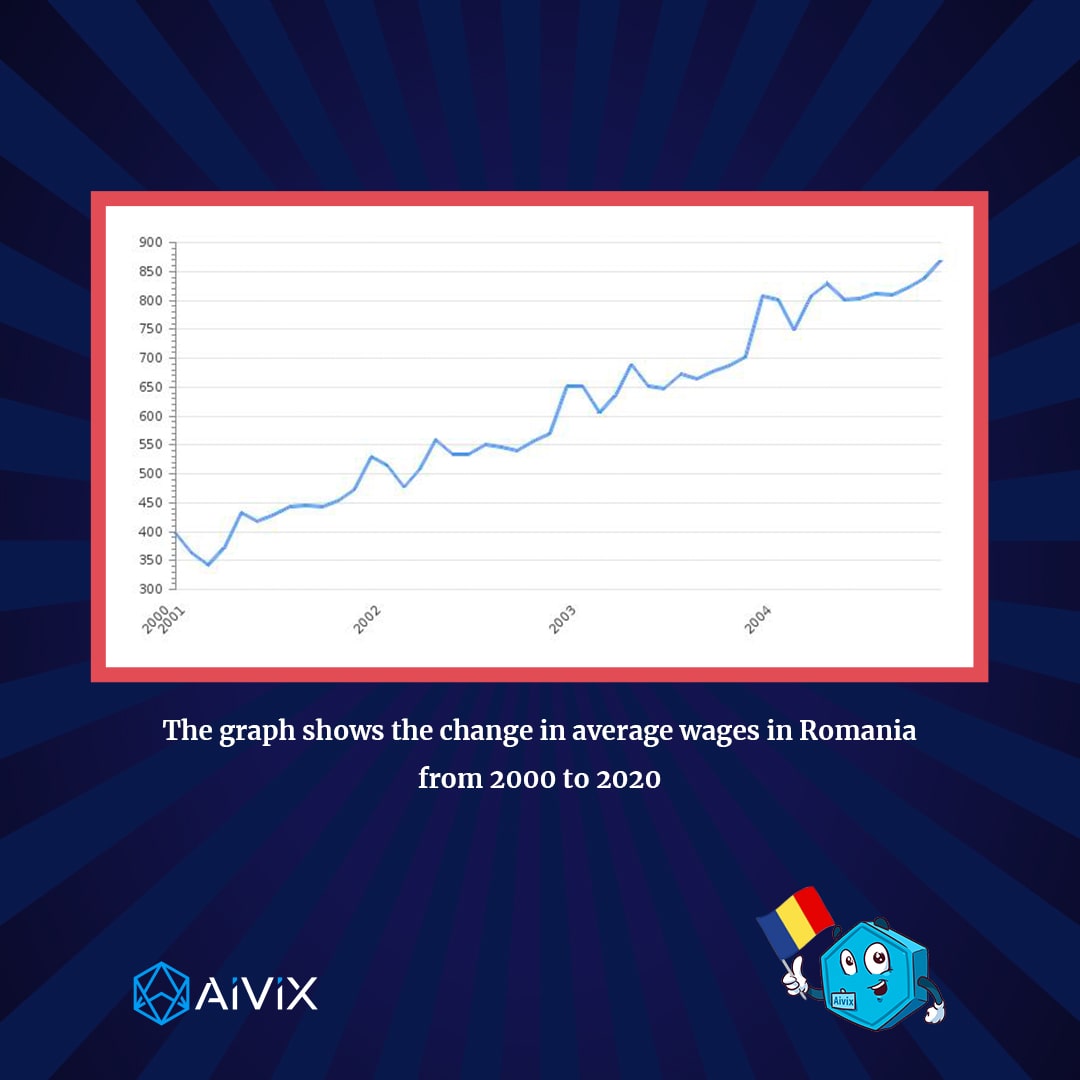 7. Working days and holidays in Romania

Romanians are one of the Romanesque peoples living in the southeastern part of Europe. Development in close connection with other ethnic groups touched their mentality and appearance. The Romanians borrowed the Orthodox faith from the Bulgarians, from the Ukrainians - a gentle disposition and calm character, from the Gypsies - a love of songs and music. From the Middle Ages to the present, the Roma have mastered crafts: they make harnesses and carts by hand, forge and work metals.
Romanians are distinguished by their hospitality, which makes them very close to the Caucasian peoples. True, the Romanian hospitality can be appreciated only in the countryside. Here you will be actively invited to a gathering, treated with homemade wine or plum brandy - a local alcoholic drink.
Contrary to a fairly widespread myth, Romanians are absolutely peaceful and non-conflict. At the same time, they are extremely practical and resourceful. They are not used to flaunting their feelings, but they will always help to extricate themselves from a difficult situation.
The influence of the church is quite strong in Romania. Perhaps this is the reason for the lower position of women in society. Although often the dominance of men is only apparent. In remote Romanian villages, women still walk the streets in traditional clothes, and men do not part with their hats.

The online advertising market in Romania amounted to €41,000,000 in 2019 or 190,541,366 lei. Based on the Romanian Online Advertising Industry Survey commissioned by IAB Romania and supported by Pwc.
Money from the main industrial sectors in online advertising: Telecom - 6 million euros, finance - 3.5 million, cosmetics and toiletries - 3.4 million, beverages - 3 million euros.
The share of the Internet in the total media mix is 17%.
Advertisers prefer social networks and search engines first, and then only local publishers. 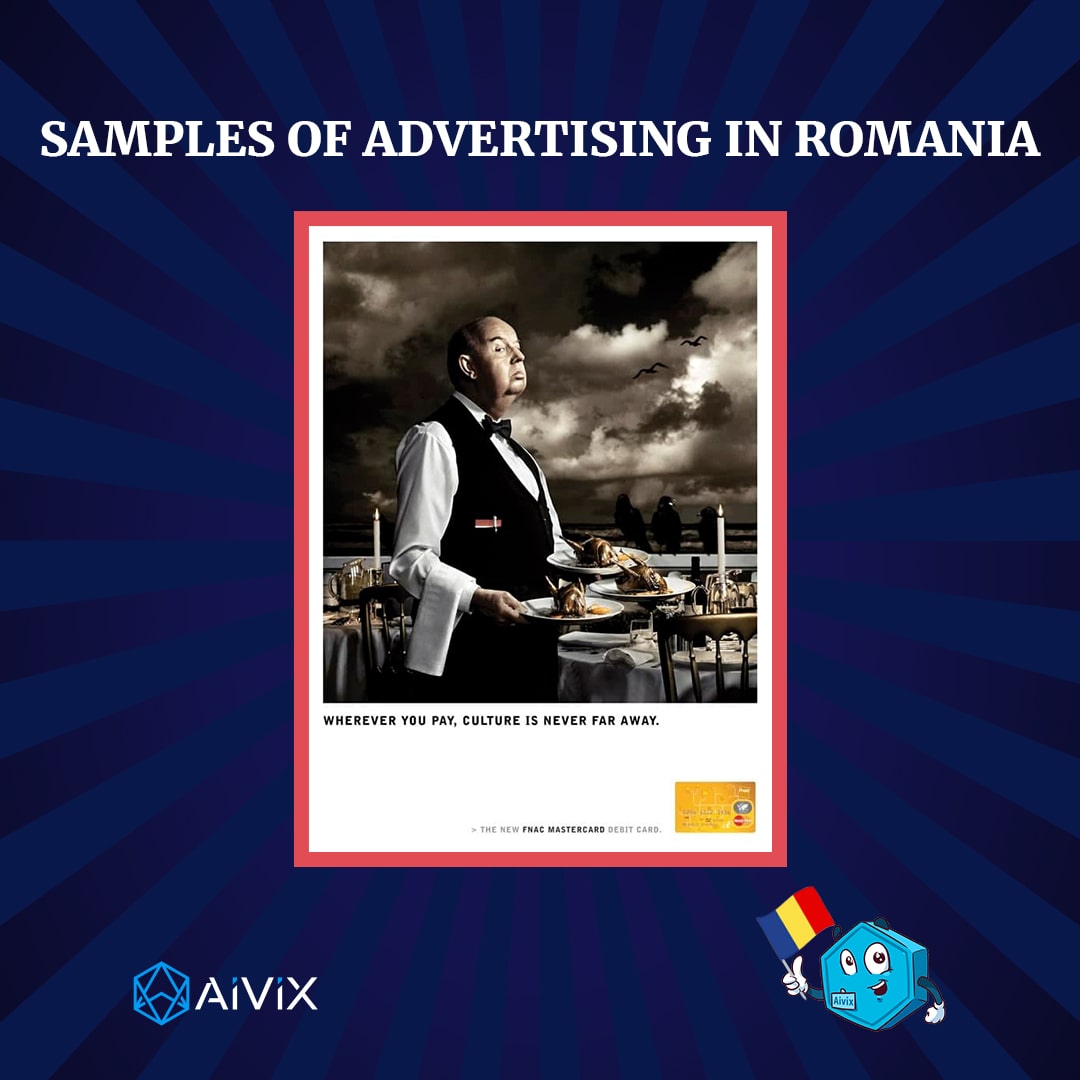 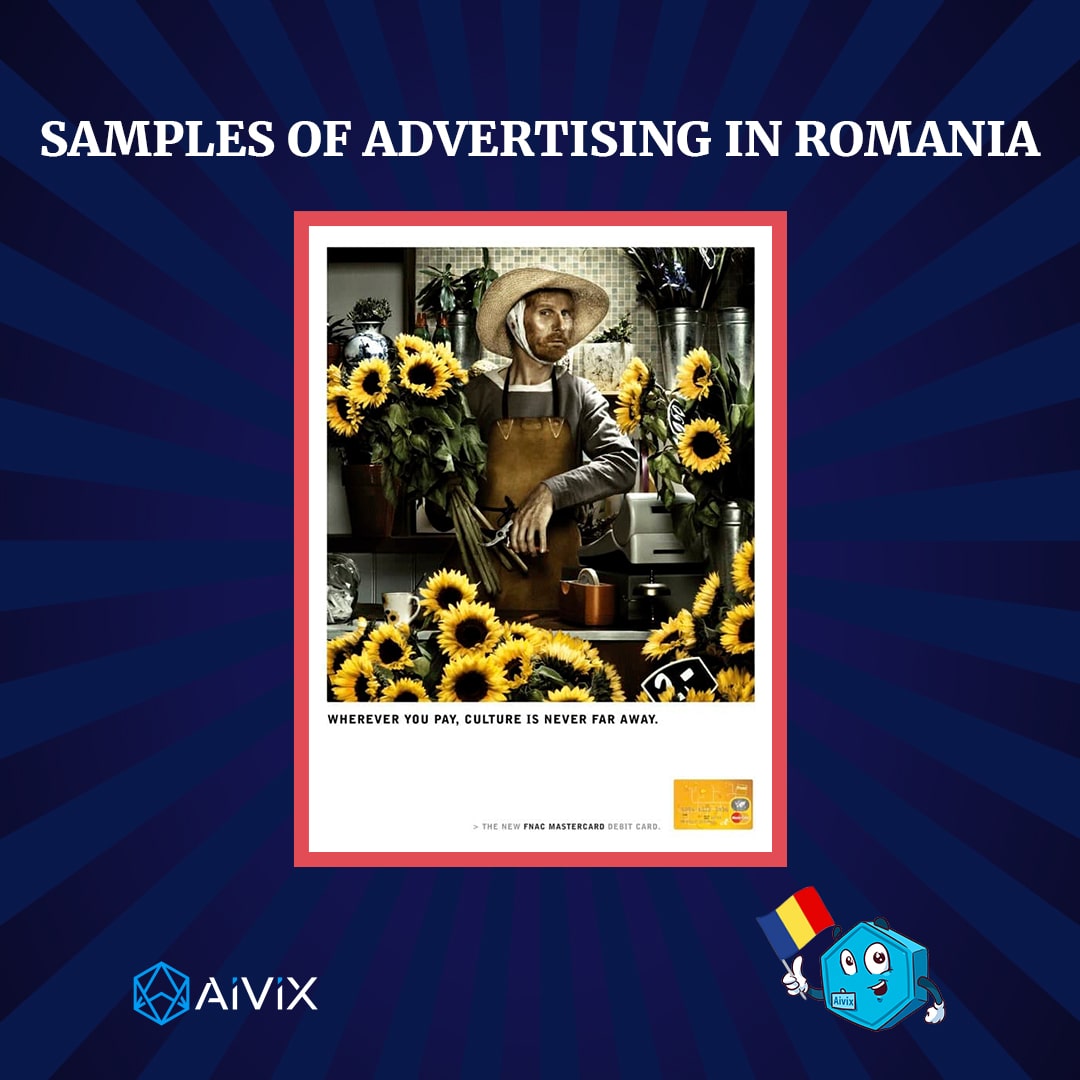 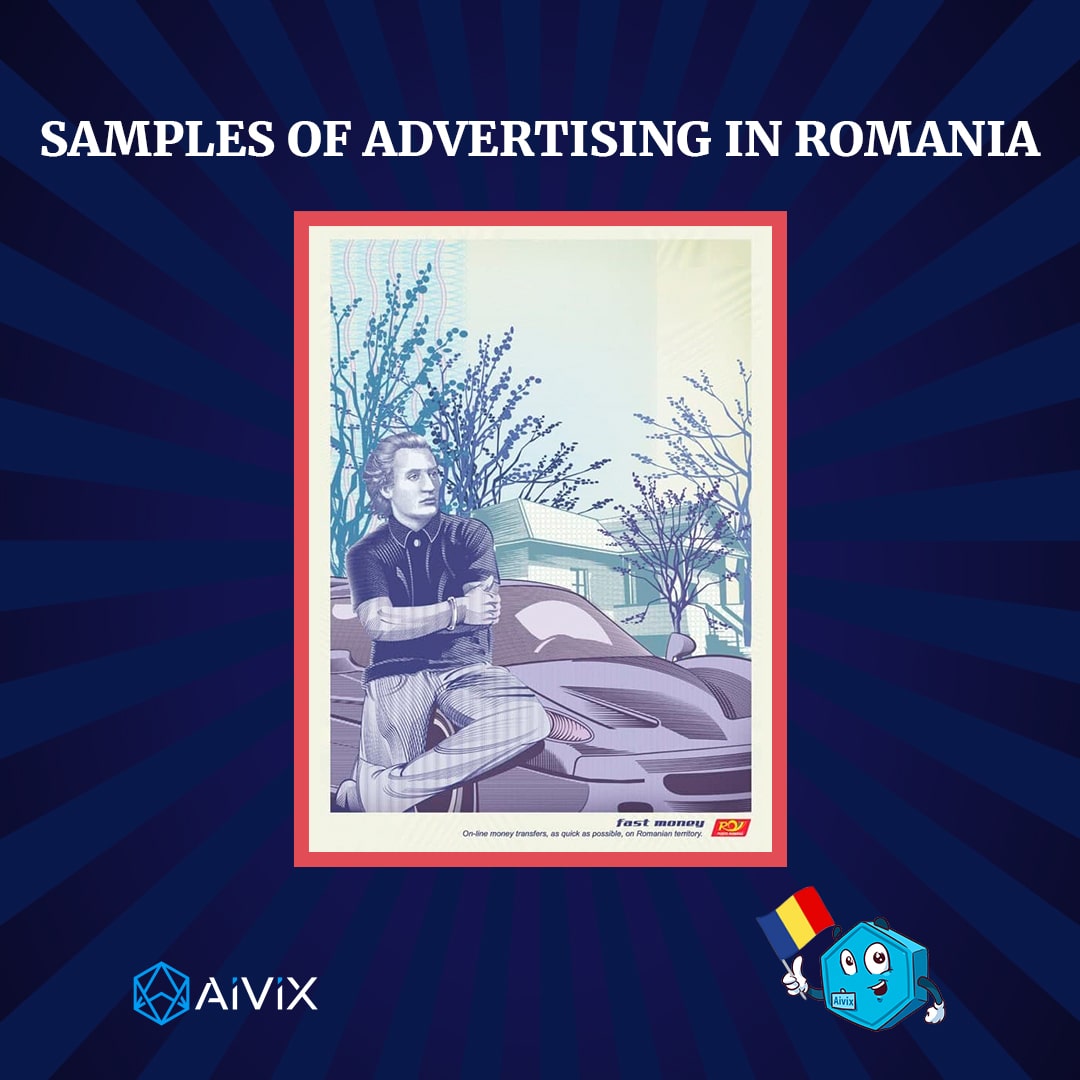 A spokesman for the Central Bank of Romania said that cryptocurrencies cannot replace regular money issued by governments, since they do not fulfill the basic functions of currencies.

Daniel Daianu, a member of the Administrative Council of the National Bank of Romania, noted that it is necessary to distinguish between institutions and their roles, as well as to separate blockchain technology and digital currencies.

Romania changed its tax legislation by approving a 10% tax on profits from investments in cryptocurrencies.

Under the new legislation, income generated from the purchase and sale of cryptocurrencies is classified as “income derived from other sources” and is therefore subject to income tax.

Vertiv has supplied equipment for data centers to the Romanian company EvoBits, which already operates a 1 MW datacenter, launches another 3.5 MW and plans another 12 MW.