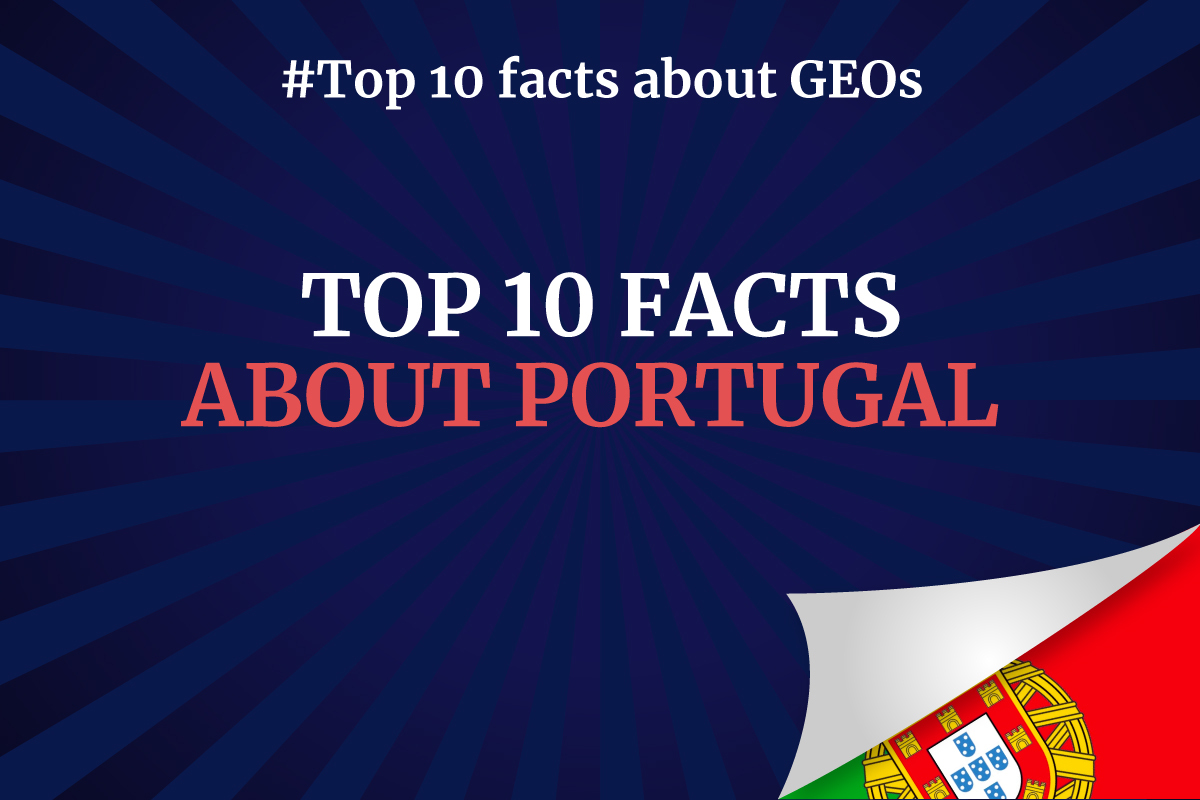 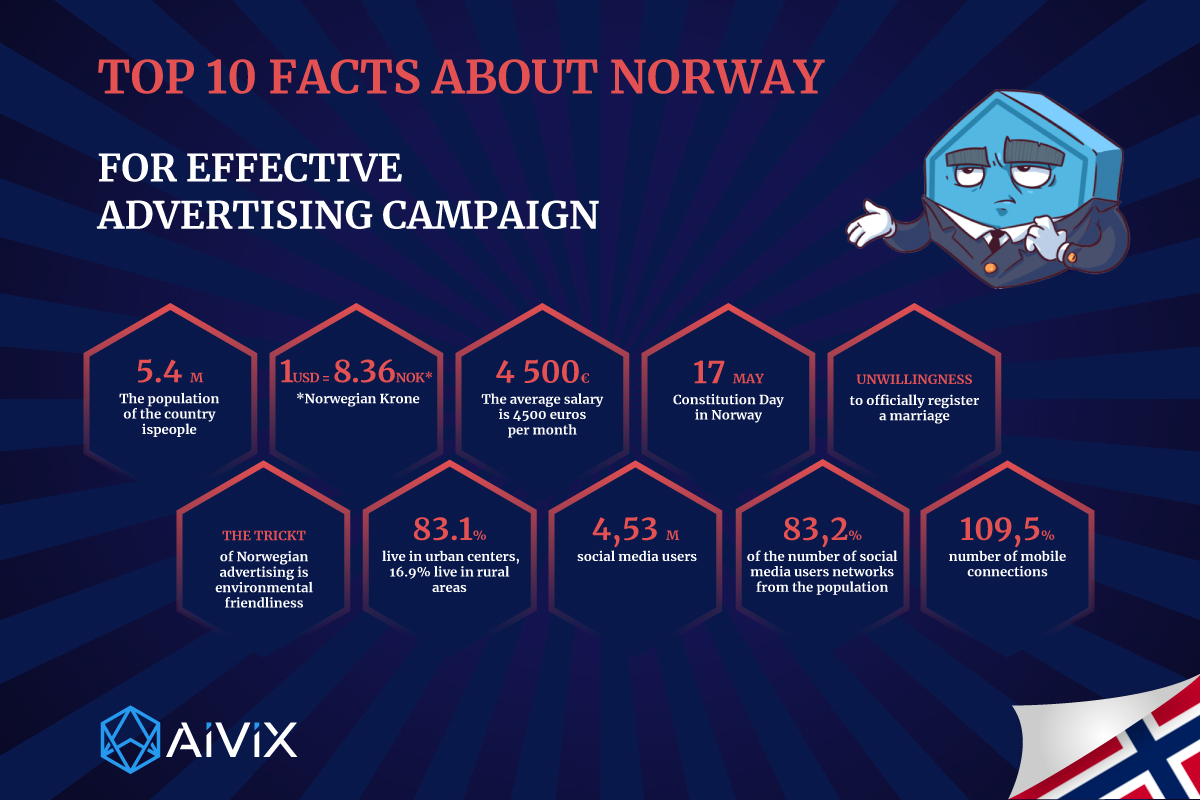 1. Geography and population of Portugal

7. Working days and holidays in Portugal

1. Geography and population of Portugal

The population of Portugal is about 10 million people. Of these, 87% are Portuguese and 12% are from African and Asian countries.

Portugal is a state in the far west of Europe, located in the southwestern part of the Iberian Peninsula. The country has land borders with Spain (in the north and east) and is washed by the waters of the Atlantic Ocean. Portugal has a rich history, unique culture, beautiful cities, and a charming province. This parliamentary republic has developed dynamically in recent decades and is one of the most popular tourist destinations on the European continent. Although once, more recently, it was one of the poorest countries in Western Europe. 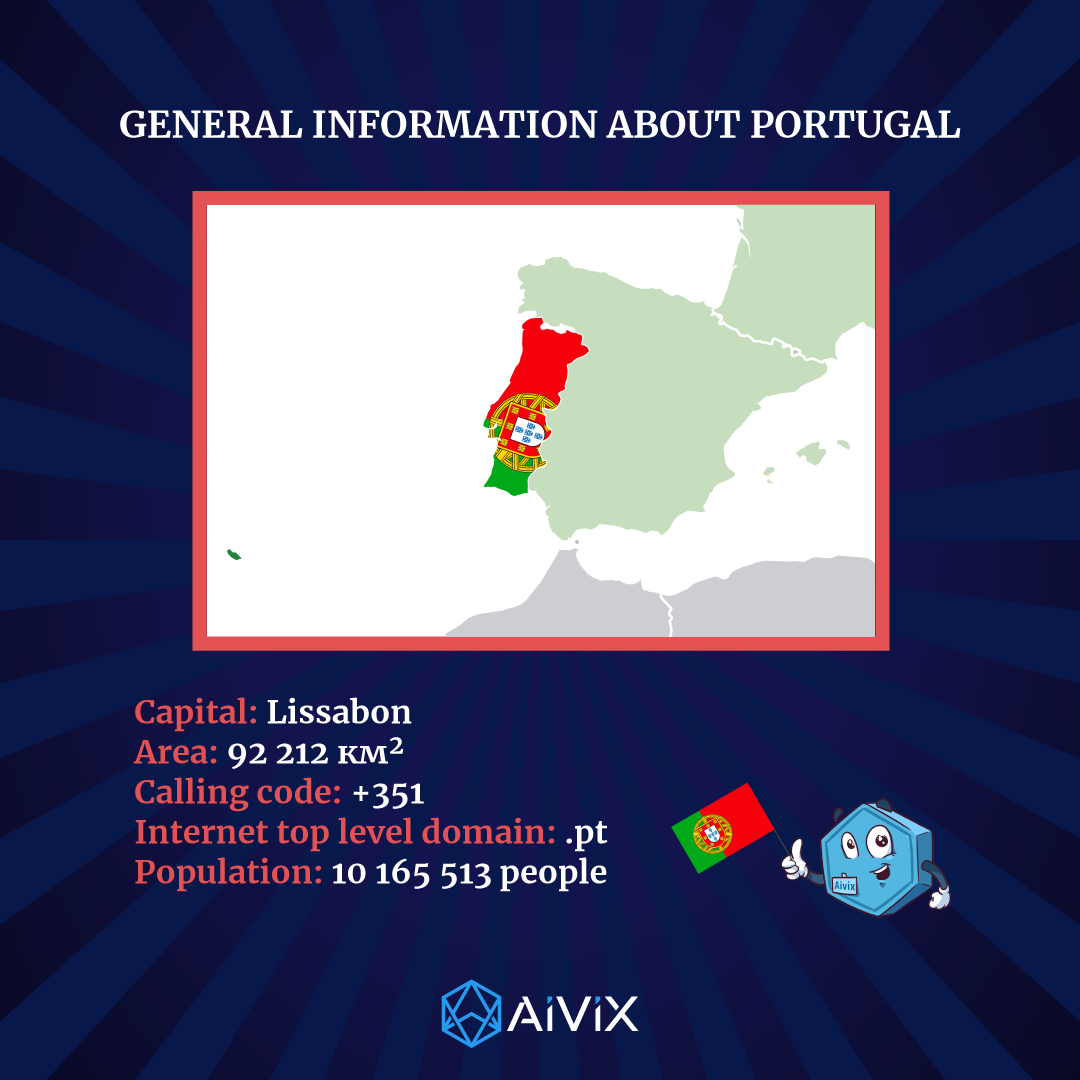 As of early 2021, the population of Portugal had the following age distribution:

Portuguese is a Romance language and has significant similarities with Spanish (approximately 89% lexical similarity). Although many words can be spelled in much the same way as in Spanish or Italian, pronunciation sometimes differs significantly. This is because there are several sounds in Portuguese that are not found in these languages. Interestingly, European Portuguese is different from Brazilian. It is often difficult for Brazilians to understand the Portuguese. At the same time, the Portuguese easily understand the Brazilians. 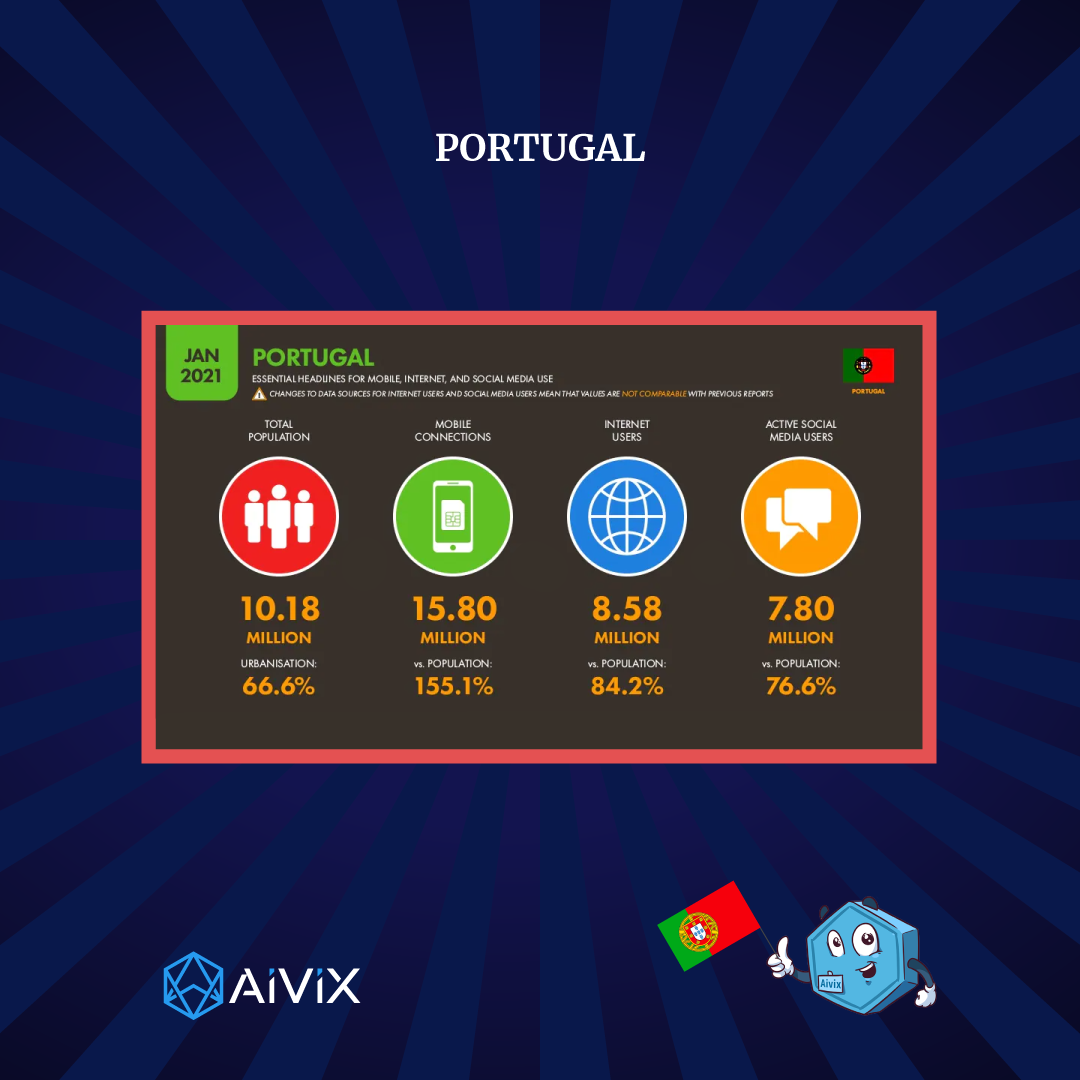 Today, euros are calculated in Portuguese shops, cafes, and entertainment centers. Although the history of money in Portugal is much older than the introduction of the euro into circulation when joining the European Union. What do we know about the national currency of Portugal?

After the revolutionary year of 1911, the escudo currency came into circulation to the Portuguese. The new monetary unit was widespread not only in Portugal itself but also in the country's colonies. Having joined the European Union, Portugal launched a new currency — the euro — into circulation. Now euro cents are used as coins, and banknotes are equivalent to money in all EU countries.

Prices in Portuguese establishments are average European. Here coffee is in higher esteem than tea, so espresso costs 60-90 EUR cents, and tea - up to one and a half EUR. A sandwich or cake will cost you 1.5-4 EUR, that is, you can easily have a snack at 3-5 EUR per person.

Portugal, including the Azores and Madeira Islands, has three major telecom operators:

Recently, Lisbon's free WiFi zones have improved and increased in number. They can be found at the airport, metro, buses, trams, supermarkets, restaurants, and many museums.

Portuguese mobile internet is quite expensive and does not offer unlimited tariffs.

Even large cities such as Lisbon and Porto do not have high-quality broadband internet access everywhere. The oldest quarters use satellites. The same goes for small towns and even more so for villages. 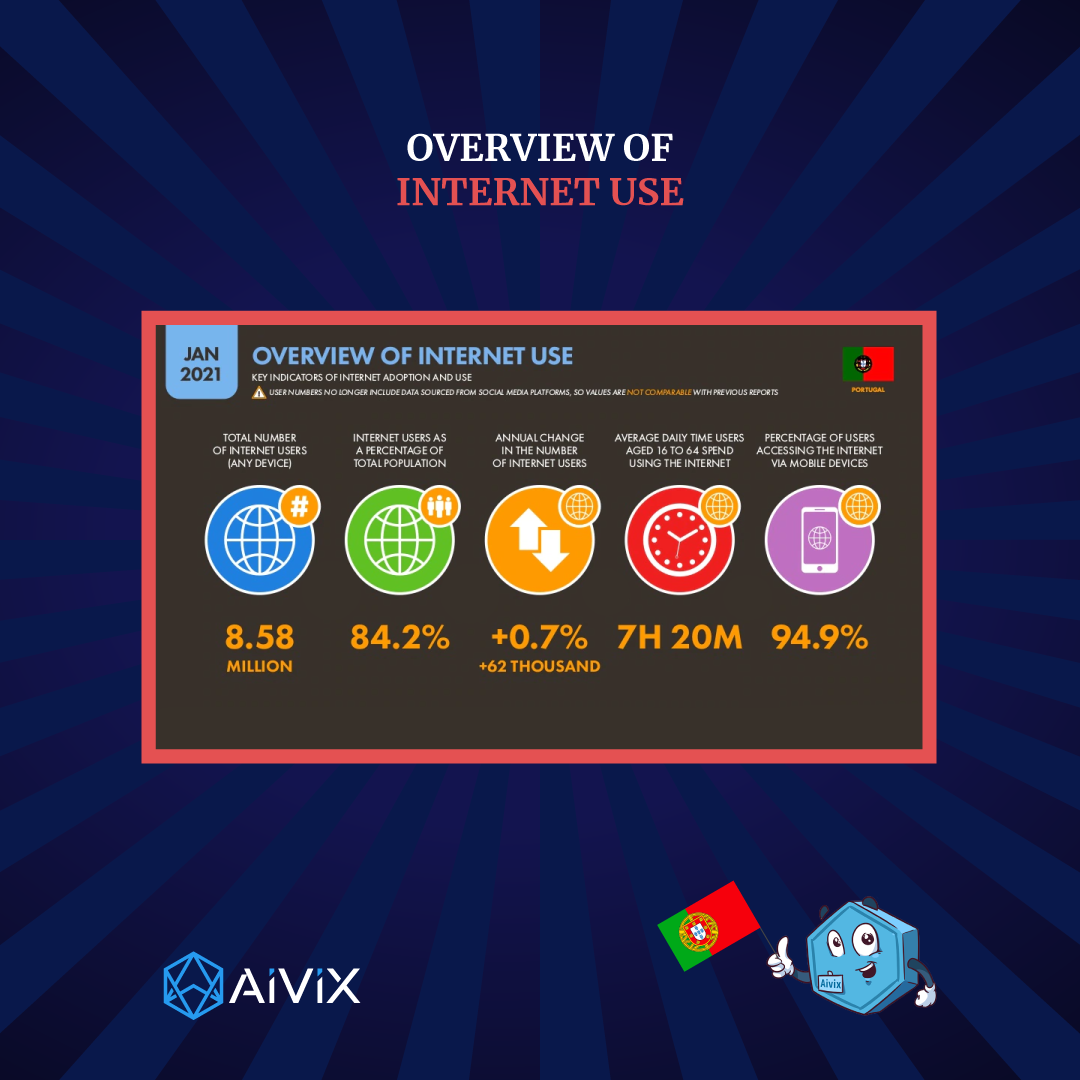 The structure of the Portuguese economy is based on the industrial and service sectors, which represent 22.2% and 75.2%, which form the country's Gross National Product (GNP). The share of agriculture in the structure of GDP has declined 10 times since the 1960s.

The service sector is characterized by an increase in its share in the structure of GDP, largely due to the development of tourism, which is favored by the geographic location and climatic conditions of the country.

Due to the geographical location, there is a strong connection with the Spanish market: the railway, energy, and banking systems of both Pyrenees countries are increasingly intertwined and come into closer interaction.

Many European experts talk about the "overregulated" labor market in Portugal, which scares off not only foreign investors but also their own entrepreneurs.

The industry is experiencing an increase in high-tech production (automobile production, information technology industry, pharmaceutical industry, and energy). However, in past years, Portugal has faced the problem of economic stagnation, with an annual growth rate of less than 2% (which is lower compared to other European Union countries, which have growth of 2.5%).

Average Portuguese salary Considering the income of Portuguese citizens in terms of average indicators, the following picture emerges: The average salary for a working hour in Portugal is about 4 euros; Low-skilled workers earn about € 30 for an eight-hour day;

Highly qualified workers can count on more tangible sums, and here everything depends on the rarity and relevance of the profession; The monthly average salary in Portugal is approximately 1200 euros (actual at the beginning of 2021).

The closer an employee works to the capital, the greater his earnings. In remote areas and islands, the average monthly salary is around 800 euros.

The labor market of the Portuguese state is not very suitable for immigrants, since the local mentality affects, as well as a certain complexity of the Portuguese language, without the knowledge of which a good job cannot be found.

Immigrants can only work in the country if they have a contract with an employer. Among all specialties, specialists of the following professions are valued: engineers, doctors, medical personnel, teachers and programmers.

Getting rich in Portugal is difficult. The gap in minimum and maximum wages is too great. In addition, in Portugal, there are quite European taxes, which significantly reduce the initial income of a person.

The average salary in Portugal by profession/ € per month:

7. Working days and holidays in Portugal

According to article 203 of the Portuguese Labor Code (Código do Trabalho) in Portugal, the normal work schedule cannot exceed 8 hours a day and 40 hours a week. Overtime pay differs from normal work hours:

- 50% for each hour or part of a weekly, mandatory or additional day of rest or on holidays.

Holidays and weekends in Portugal:

The Portuguese are distinguished by their sincerity, calmness, and some relaxation. They are always ready to help, love to relax, in business they are somewhat unhurried and not punctual. At the same time, communication with them is distinguished by warmth and courtesy. When referring to a man, you need to say "senior", and to a woman "senior". The Portuguese are sensitive to their language, history, culture and do not really like comparisons with Spain.

The Portuguese are jealous and proud of the historical greatness of their country and its heroic past. They consider themselves a special nation and cannot stand when they are trying to be compared with the same Spaniards.

The overwhelming proportion of the Portuguese population (94%) are adherents of the Catholic faith. Catholics and Protestants account for only 1% of the country's inhabitants. In cities such as Lisbon and Porto, there are communities of Jews (about 200 thousand people in total). About 5% of Portuguese people prefer atheistic views.

Alcohol is most often part of a social event; drinking at the invitation of the host is considered a sign of the courtesy of the guest. There are no rigid rules of conduct at the table; the meal is often accompanied by lively conversation. 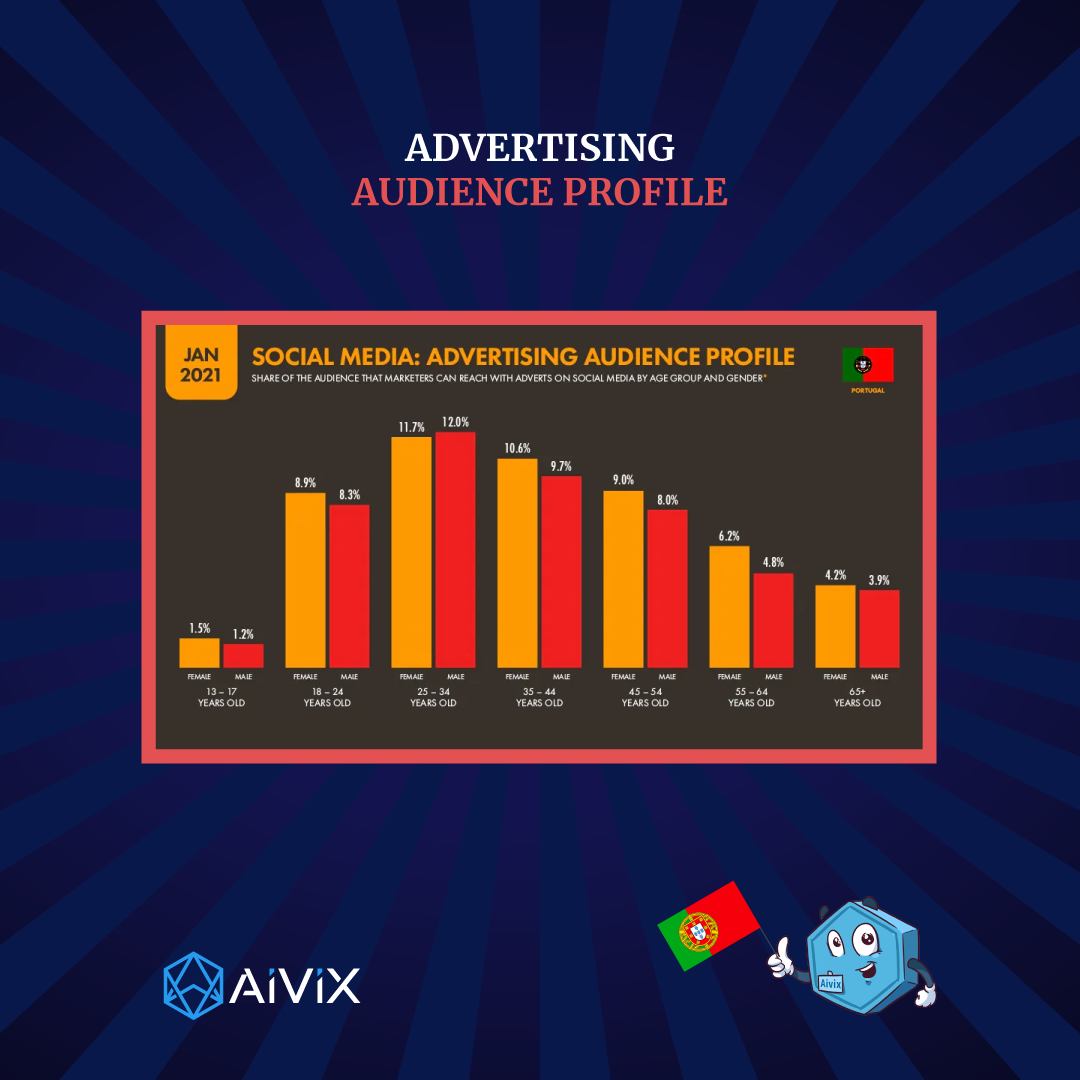 The study highlighted the many benefits that advertising brings to a country's economy and society. It turned out that every euro spent on advertising in Portugal brings 4.39 euros to GDP.

€570.8 million spent on advertising in 2017 generated around €2.5 billion in GDP, which is 1.3% of Portugal's total GDP. Trade and pharmaceuticals, automotive, food, and personal care industries account for over 50% of advertising investment, with retail being the sector that invests the most in advertising.

Advertising provides more than 51,000 jobs, which is 1.1% of the total employment in the country.

Advertising is the main source of funding for media and Internet services. In addition, advertising supports cultural and independent filmmaking with a 4% ad fee, equivalent to €18 million of filmmaking organizations' revenues in 2017.

More than 50% of advertising spend in Portugal goes to television, although digital ad spending is on the rise.

The number of social media users in Portugal was equivalent to 76.6% of the total population in January 2021.

The number of mobile connections in Portugal in January 2021 was equivalent to 155.1% of the total population.

Portugal is fast becoming the number one country for everyone involved in cryptocurrency, especially long-term investors and retail traders. Official statistics clearly show that immigration to Portugal is growing strongly from year to year, and a significant proportion of these expats are young people under the age of 40.

The Crypto Space has become more and more complex over time with the introduction of rates, lending, DeFi, NFT, etc. And each of them requires careful consideration. Investors are no longer interested in just buying and trading large cryptocurrencies (Bitcoin, Ether, Polkadot, etc.).

Portugal has no precedents, specific rules, or special approach regarding the handling of cryptocurrencies for the purposes of inheritance planning and inheritance by will.

Many banks provide cryptocurrency exchange services. But at the same time, the Central Bank of Portugal notes that crypto and other virtual currencies are not considered legal tender in Portugal. This immediately leads to 2 conclusions:

The acceptance of cryptocurrencies in Portugal at their face value is neither guaranteed nor mandatory.

The Central Bank warns active users of virtual currencies in Portugal that it cannot guarantee legal protection of the rights of consumers and users of cryptocurrencies. Those. if you have a deposit in a Portuguese bank, then it will be insured and in case of loss, you will receive compensation from the reserve fund, as is the case in other countries.

If something happens to the cryptocurrencies that are owned by residents and residents of Portugal, then it will be impossible to receive any compensation, because there is simply no reserve fund for cryptocurrencies in the country. 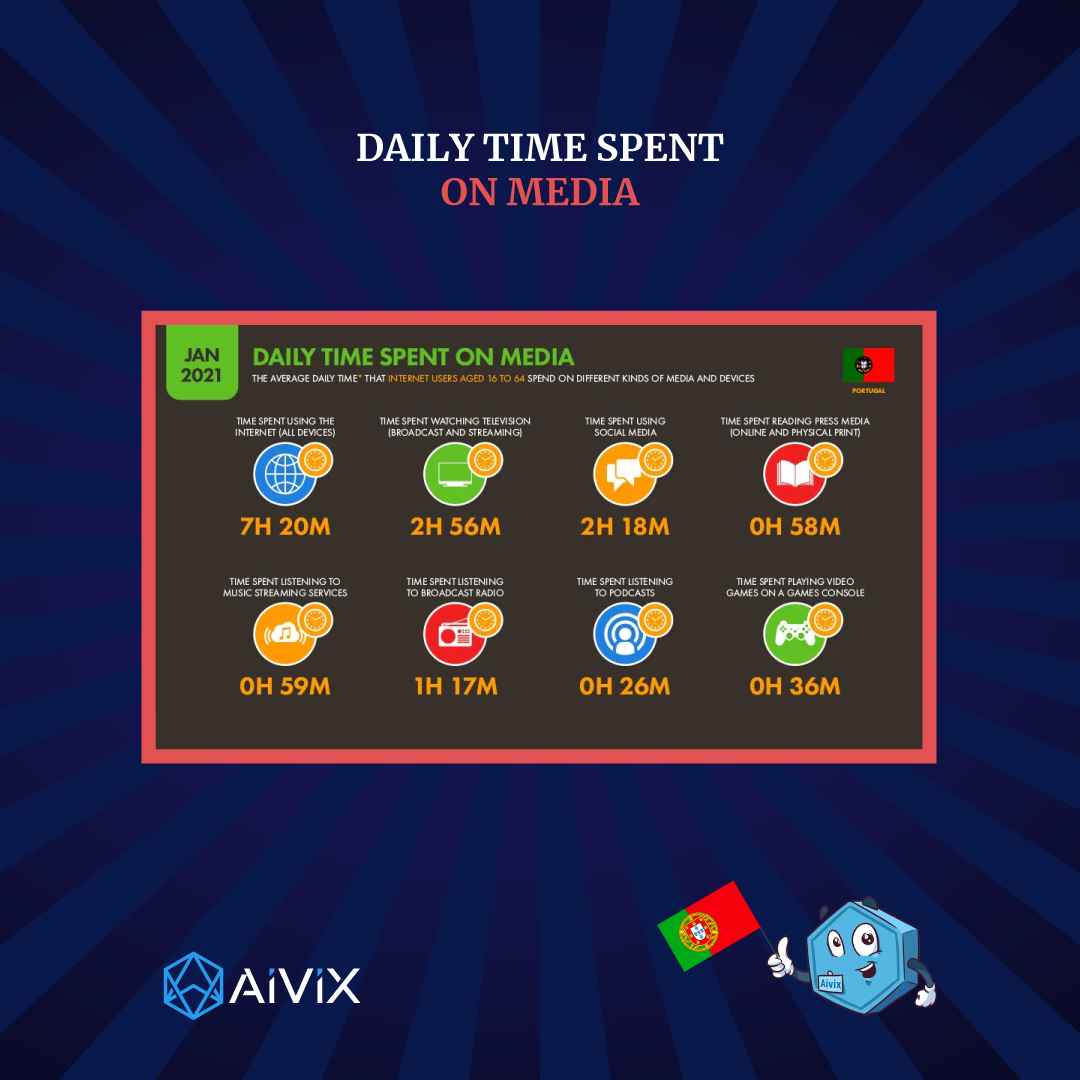