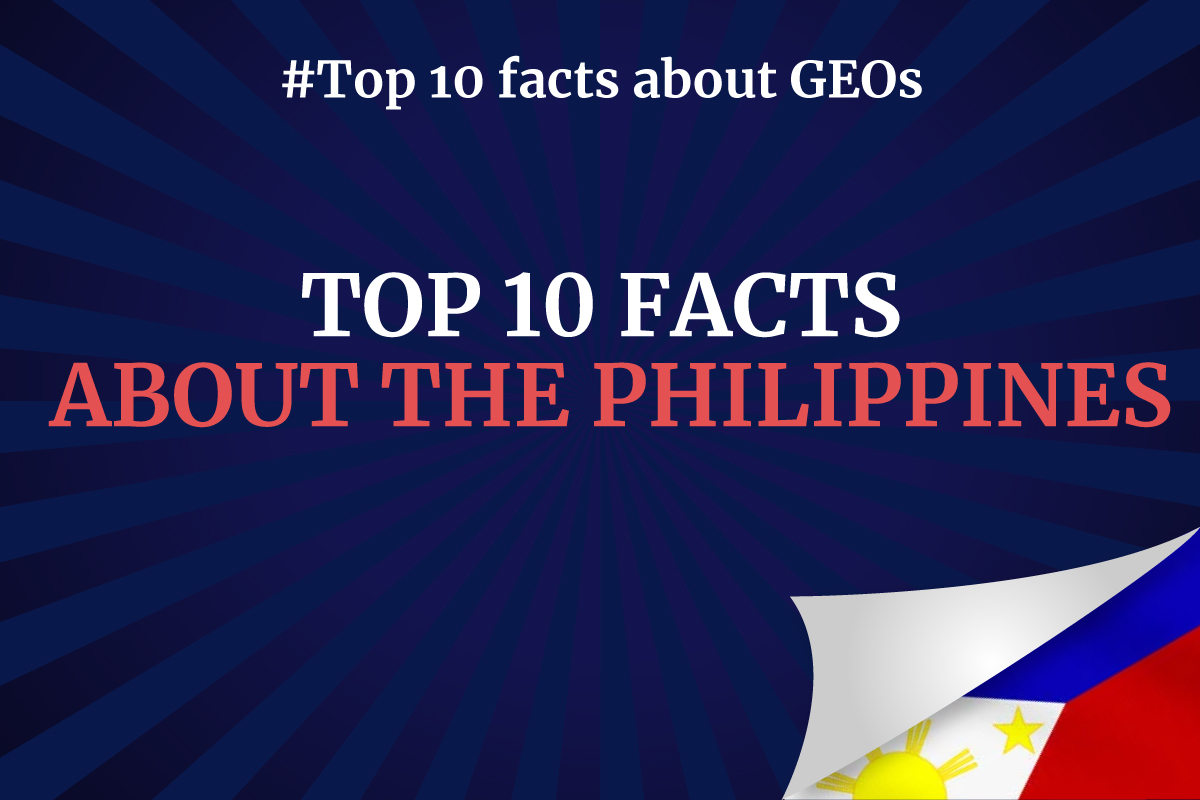 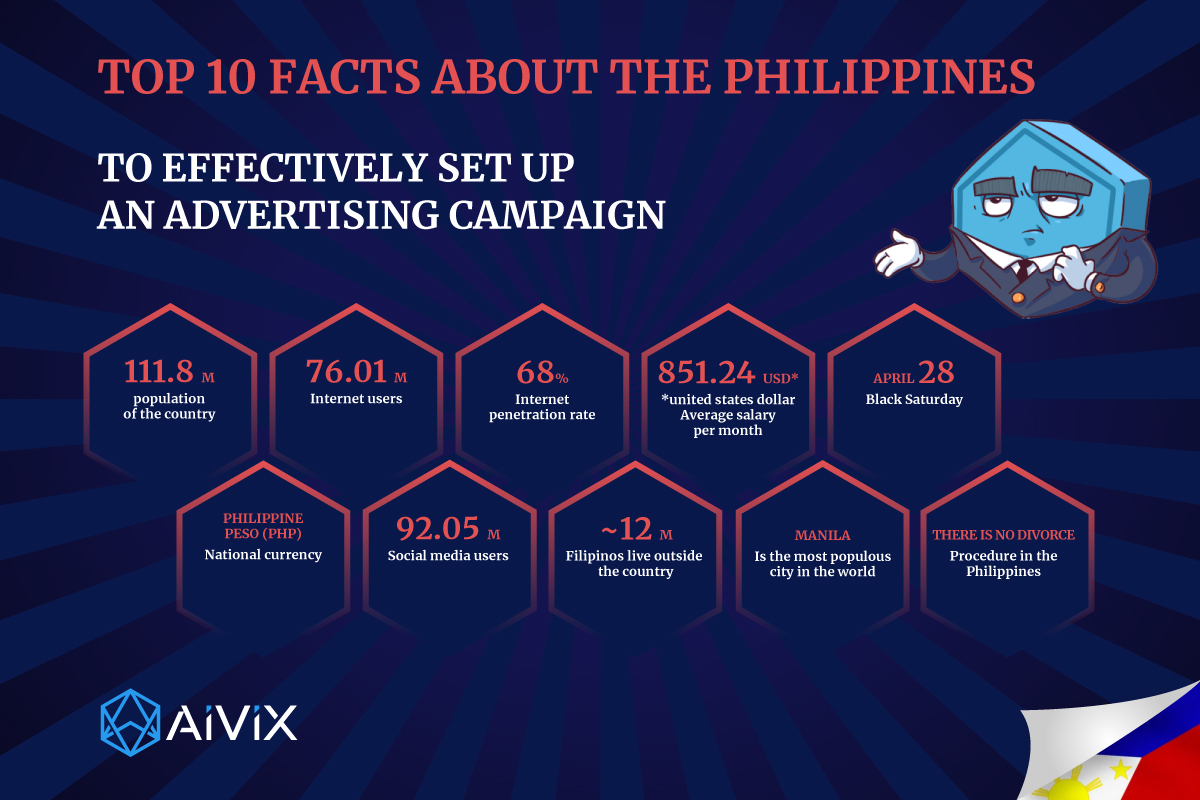 1. Geography and population of the Philippines

The Philippines is an island nation with about 7,640 islands in the Pacific Ocean. The country is adjacent to Malaysia to the southwest, Vietnam to the west, Hong Kong to the northwest, Taiwan to the north, and Indonesia to the south. In total, the Philippines covers an area of 300,000 km2. For comparison, this is close to the size of Italy or Ecuador.

General information about the Philippines:

Luzon, Visayas, and Mindanao are the three central regions of the country. Luzon is in the north. It is not only the largest but also the most populous island of the Philippines. The Visayas archipelago includes several hundred islands. But the seven main islands are Bohol, Cebu, Leyte, Masbate, Negros, Panay and Samar. Finally, Mindanao includes the second-largest island of the same name.

The country is located within the Pacific "Ring of Fire", so there are many mountain ranges with active volcanoes on its territory. For example, the three main mountain ranges are the Sierra Madre, the Cordillera Central, and the Zambales Mountains. Mount Apo in south-central Mindanao, at 2,954 meters, is the highest peak in the Philippines. While the lowest point of the country - the depth of Galatea - is at a depth of 10,540 meters. 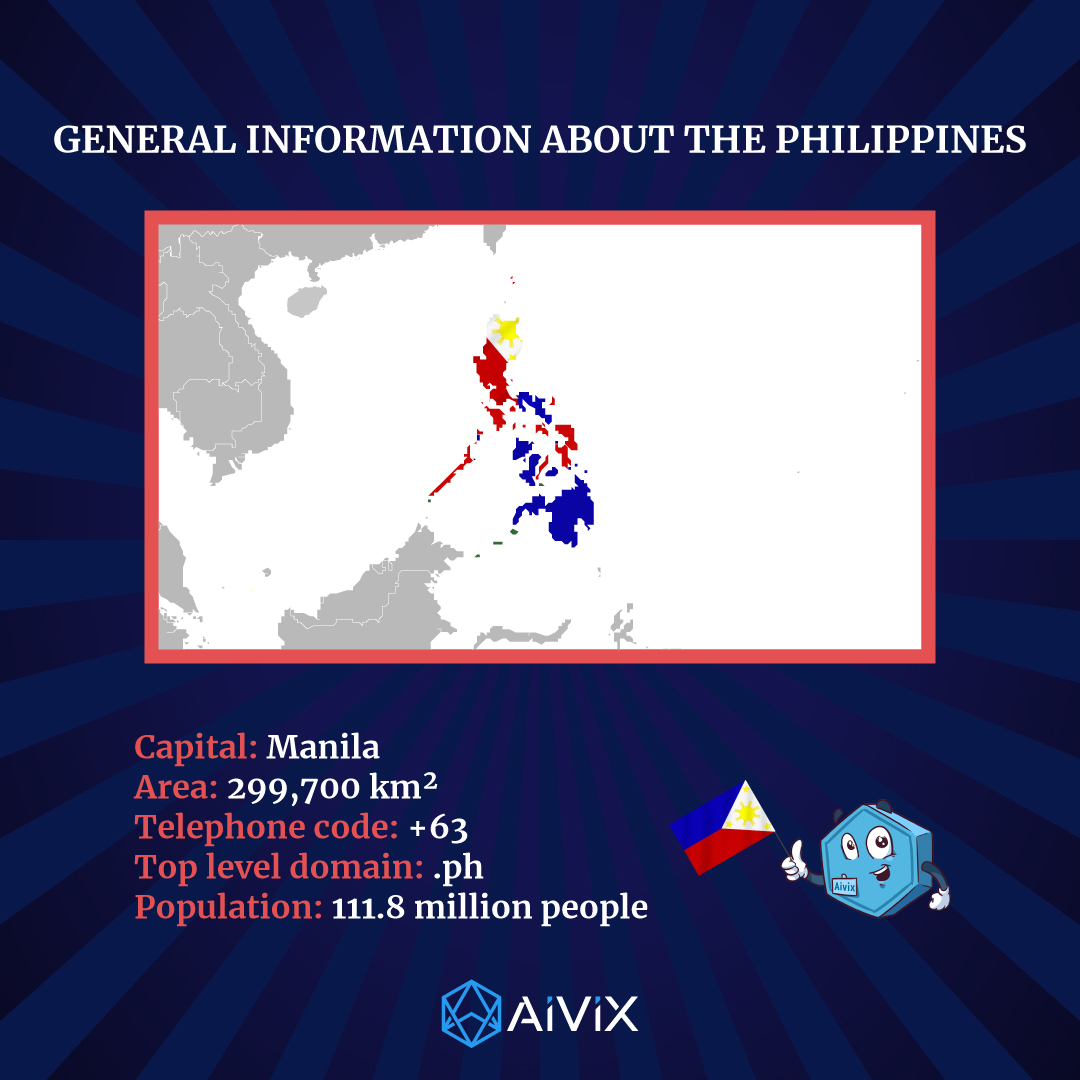 Population of the Philippines

Major cities in the Philippines:

About 2 million people are added to the population each year, and the population is expected to double in about 40 years. Data from 2010 show that over 54% of the total population lives in rural areas, with the remaining percentage living in urban areas of the country.

2. Official language of the Philippines

The Philippines has two official languages. The first is Filipino, which is the official mother tongue-based on Tagalog. Tagalog is the national language and is used as an intermediary between the various ethnic groups living in the Philippines. It contains many borrowings from English, Spanish, and other indigenous languages of the archipelago. The Filipino language is widely used in the media.

Secondly, English serves as the basis for communication in all official transactions in the country, whether it be business, trade, education, law, science or other important areas.

The Philippines also has 8 recognized regional languages that serve as the lingua franca for their respective regions. These languages are Bicolano, Cebuano, Hiligaynon, Ilocano, Kapampangan, Pangasinense, Tagalog, and Warai Warai. In addition to these languages, Chinese, Tamil, Sanskrit and Malay are used. 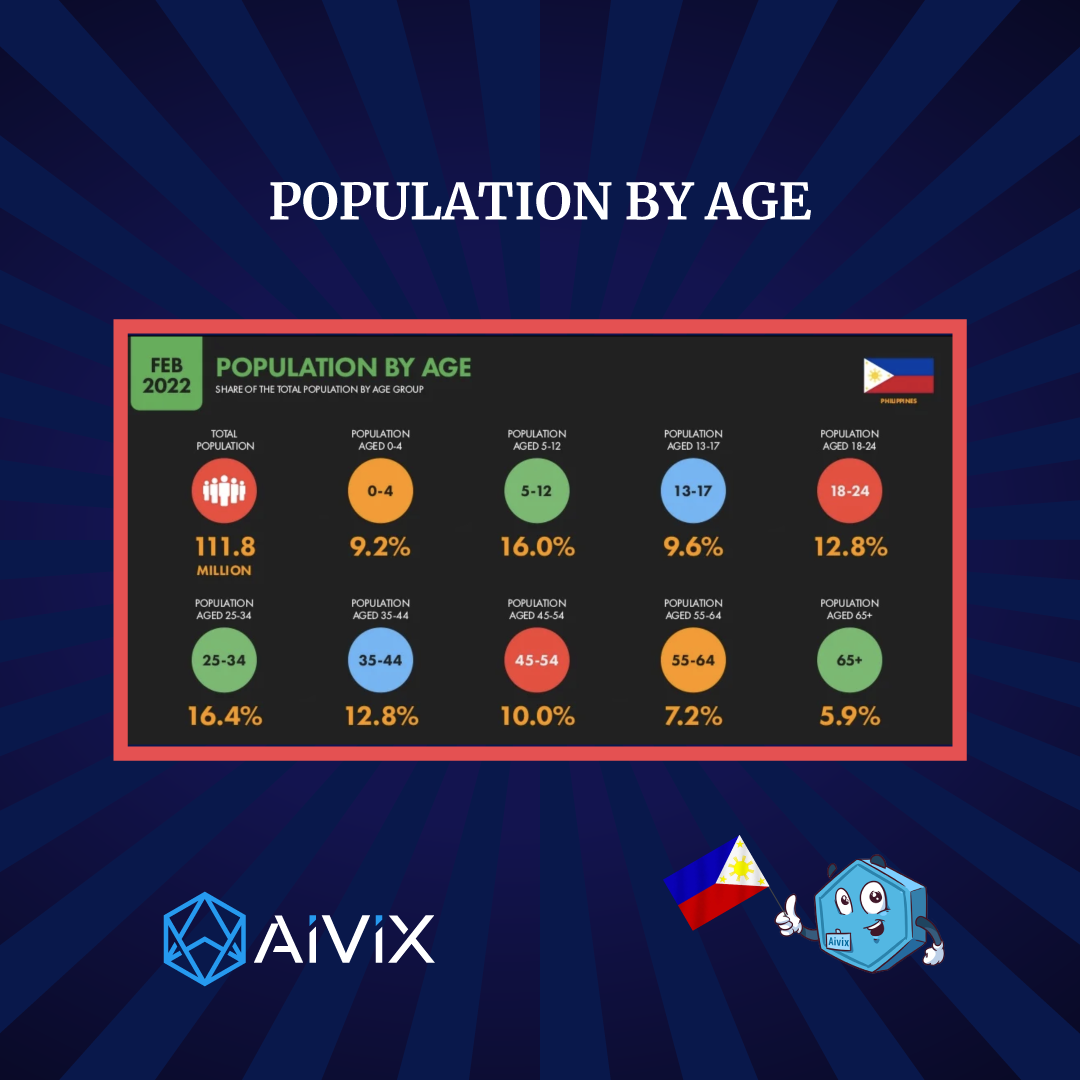 3. Currency in the Philippines

The Philippine peso, similar to the US dollar and some other Latin American currencies, is derived from the Spanish peso. Before the introduction of the peso, Filipino communities used gold bits, silver coins from India and Indonesia. Now the Philippine peso is called the most stable currency in Asia.

4. Internet in the Philippines

Internet connection speed in the Philippines in 2022

Internet users in the Philippines use the Internet at the following speeds:

Social media statistics for the Philippines in 2022 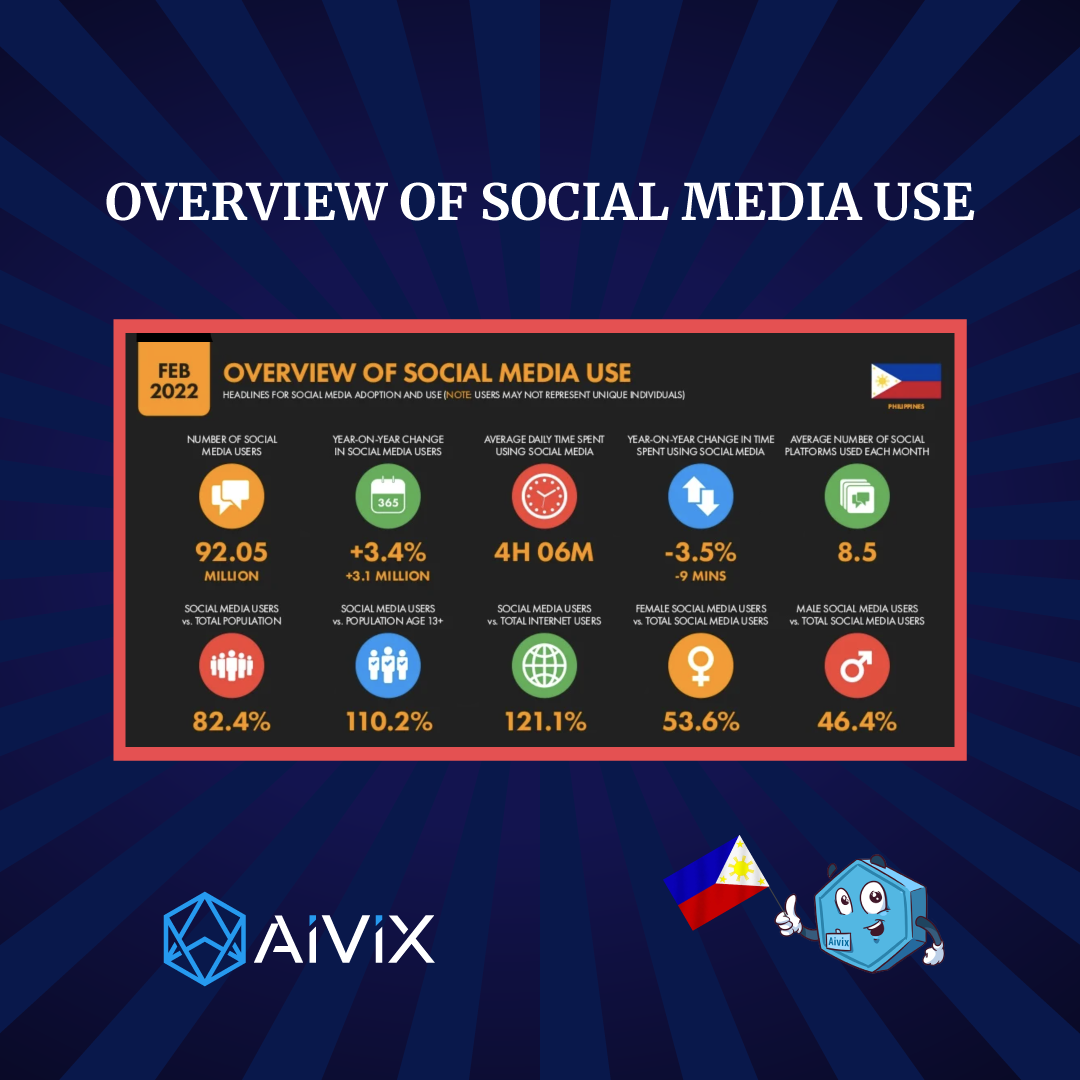 5. Economic development of the Philippines

The Philippine economy is considered one of the most dynamic economies in East Asia and the Pacific. In recent years, the GDP of the Philippines has been steadily growing. For example, in 2021, GDP grew by about 3.2%, mainly due to an increase in private domestic consumption and investment in fixed assets.

The Philippine economy is based on food processing, cement, iron and steel, and telecommunications. In addition, the Philippines is the second-largest producer of coconuts in the world. However, the agricultural sector suffers from low productivity and inadequate infrastructure. In terms of mining, the Philippines is one of the richest countries in the world in terms of minerals. Undiscovered mineral reserves are estimated at more than 840 billion US dollars.

The industrial sector provides 28.3% of GDP and employs 19.1% of the labor force. The large-scale industry is dominated by the production of cement, glass, chemicals, fertilizers, iron, steel, and refined petroleum products. Although the growth of the sector stalled in the early stages of the pandemic as the response hampered manufacturing activities and lowered global demand for industrial products, the Philippine industry has shown a gradual recovery in 2021.

According to the World Bank, foreign trade accounted for 58.2% of the country's GDP in 2020. The main exports included electronic integrated circuits and micro assemblies (31.9%), machines and automatic data processing units (5.2%), machine parts and accessories (3.6%), wires and cables (3.3%), printing equipment (2.9%). According to the IMF foreign trade forecasts, the volume of exports of goods in 2022 will increase by 17.1%.

The average salary in the Philippines is $1,535 per year. Most often there are salaries from 350 to 450 US dollars per month. The salaries of men and women differ. Men earn on average 30% more than women.

The sports and recreation sectors pay the most, with an average income of $5,300 per month. The next in terms of salary are jobs in the areas of logistics, motor transport, and railway communication. Average salaries in these areas are $3,500 per month. 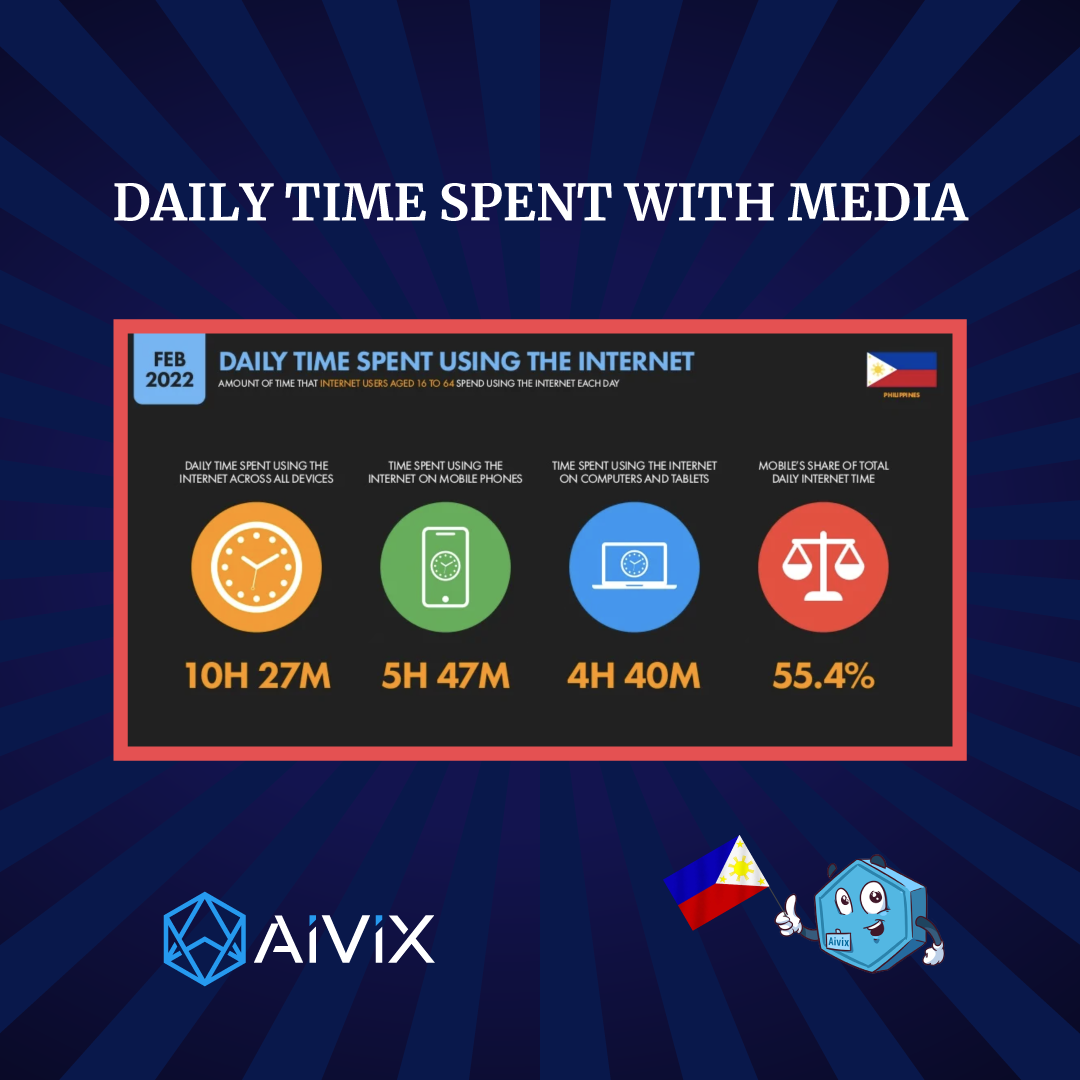 7. Working days and holidays in the Philippines

• February, 25 - Anniversary of the Revolution

• May, 8 - Elections in Barangay and Sangguniang Kabatan

The mentality of the residents of the Philippines is described by the term "colonial mentality". What does it mean? By definition, it is a form of internal oppression that causes colonized people to believe that their ethnic or cultural identity is below Western culture. They live their lives striving for westernization and learning to hate their roots.

In this sense, people have the following characteristics:

1. Blackening oneself - hatred of one's own swarthy skin and/ or "Philippine nose", which can cause low self-esteem.

2. Denigrating someone's culture - believing that Philippine food is not as good as American pizza, not using Philippine because English is better, denying Philippine identity.

3. Discrimination against those who are less acculturated - ridiculing or condemning those with a strong Philippine accent.

4. Tolerance and acceptance of the modern oppression of one's ethnic group - acceptance, forgiveness, and gratitude to the colonizer out of a sense of duty. 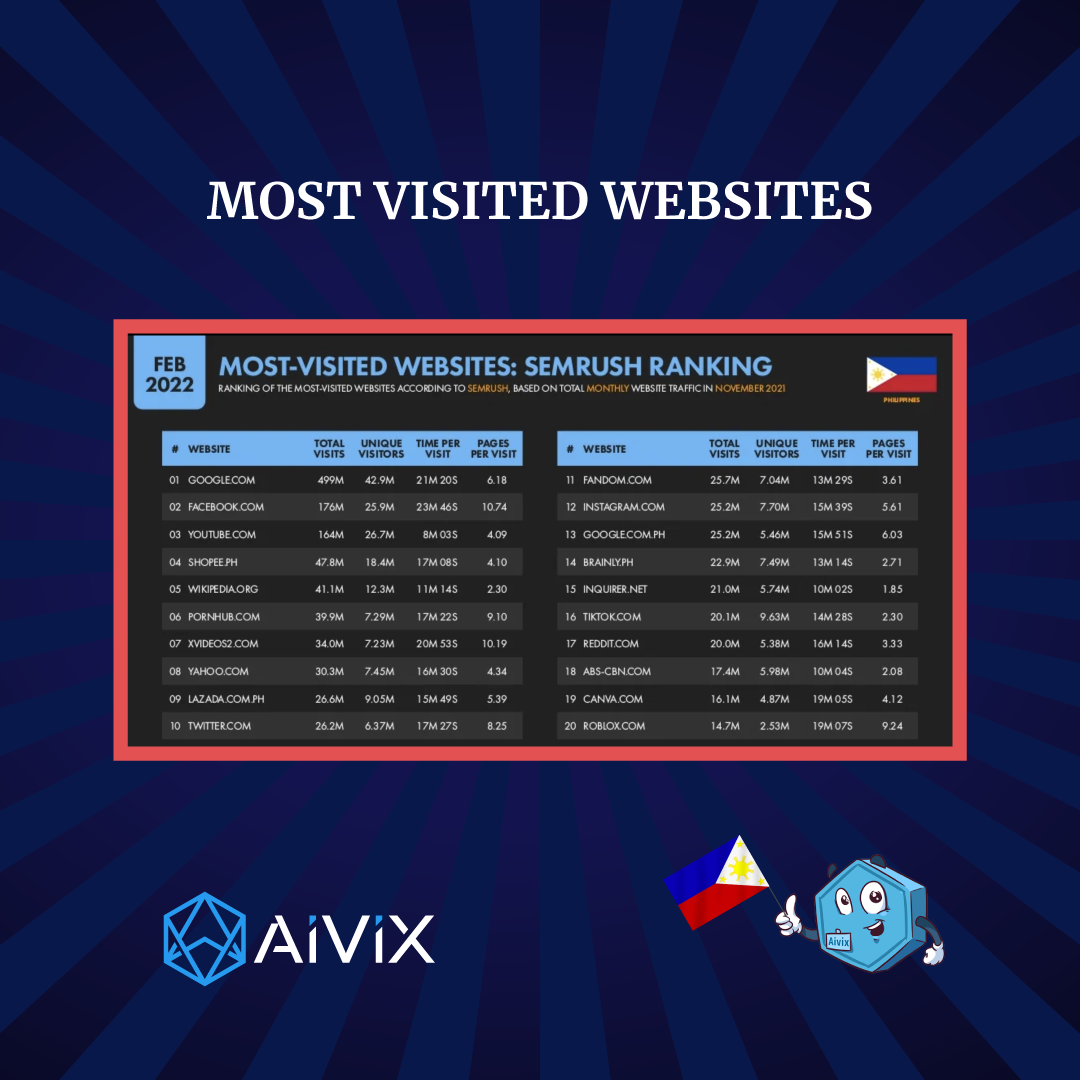 9. Advertising in the Philippines

The Philippines is a brand-conscious market. Advertising in the Philippines has gone beyond the traditional three-media media (print, television, and radio) and plays an important role in the promotion of most consumer products. Local advertisers are now also using electronic billboards, online advertising, public transport advertising, press events, product launches, direct marketing, social media promotion, and other tools to advertise products.

While some ads use Western image models or concepts, many market segments are "localized" versions of Western-style product ads.

Internet penetration has increased in recent years but is still relatively low compared to neighboring Asian countries like Singapore, Taiwan, and Japan. Online advertising is gaining popularity as social media/marketing has taken over the younger Filipino market. Internet advertising is usually placed on the most visited local sites (online news and entertainment media, regional search portals, etc.). While most major Philippine companies maintain their websites, the quality of the content, the level of sophistication, and the interaction with site visitors vary.

SMS messaging in the Philippines is a viral advertising medium because it is relatively inexpensive and allows companies to reach targeted consumers. There are 159 million mobile subscribers in the Philippines who are able to receive text messages. Large companies often send promotional messages via SMS, which confirms the effectiveness of this marketing strategy.

10. Cryptocurrency in the Philippines

In its latest analysis, the UK's The Economist Intelligence Unit (EIU) stated that the Philippines has the most favorable attitude towards cryptocurrencies. But the report says the government will eventually restrict transactions in crypto over the next five years as more awareness of its risks is demonstrated.

The think tank claims that the impact of cryptocurrencies in the Philippines is clearly visible. During the pandemic, games, where players can earn fiat currency by participating in games, have become popular.

The Central Bank of the Philippines still relies on investor education to warn people about the risks of gambling to make money. However, the Central Bank is expanding the scope of its regulation to cover more providers of virtual assets, thereby providing greater regulatory clarity than in many other countries that do not have specific laws for cryptocurrencies.

The think tank has warned that poorly regulated cryptocurrency markets pose risks to the financial system in emerging markets such as the Philippines. Cryptocurrency dealers and exchanges, usually created on vague legal grounds, among other things, do not have mandatory reserve balances. This increases the risk of bankruptcy, which often results in loss of deposits and income for retail investors.

And although now the crypto industry in the Philippines is gradually gaining moment, it is still difficult to talk about specific steps by the government to resolve it.