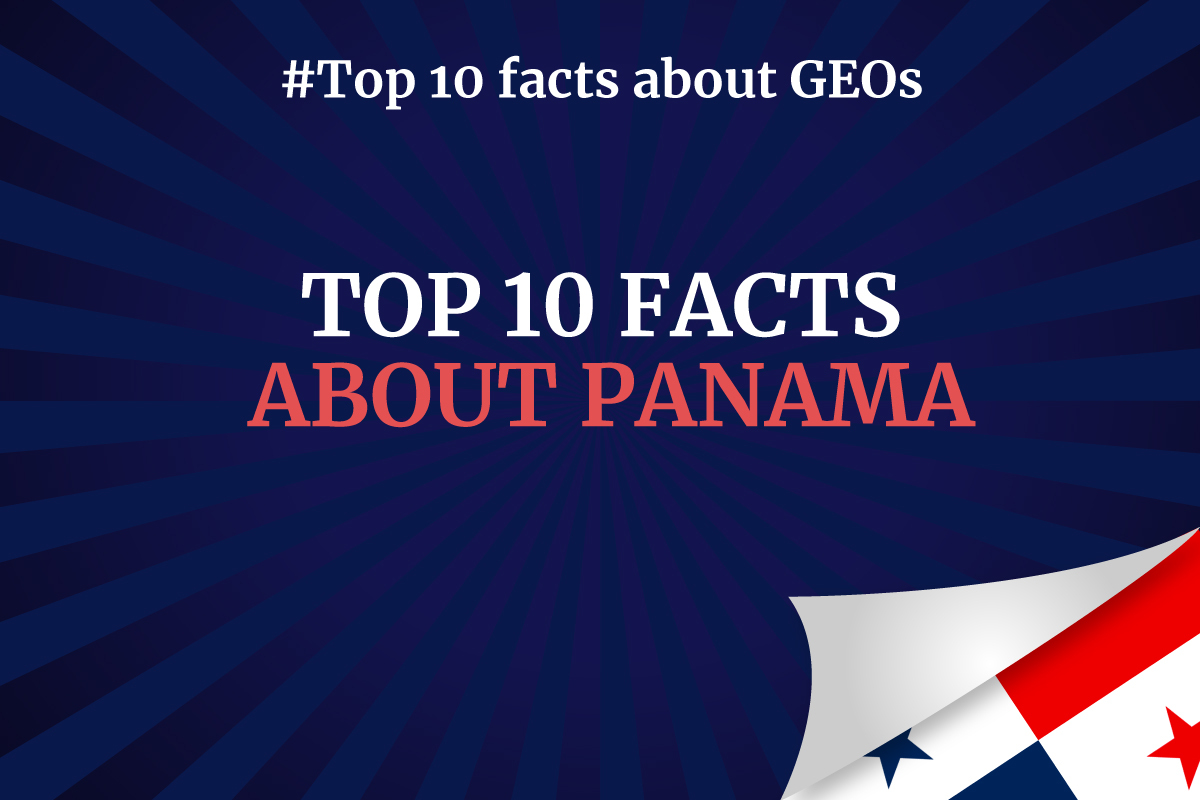 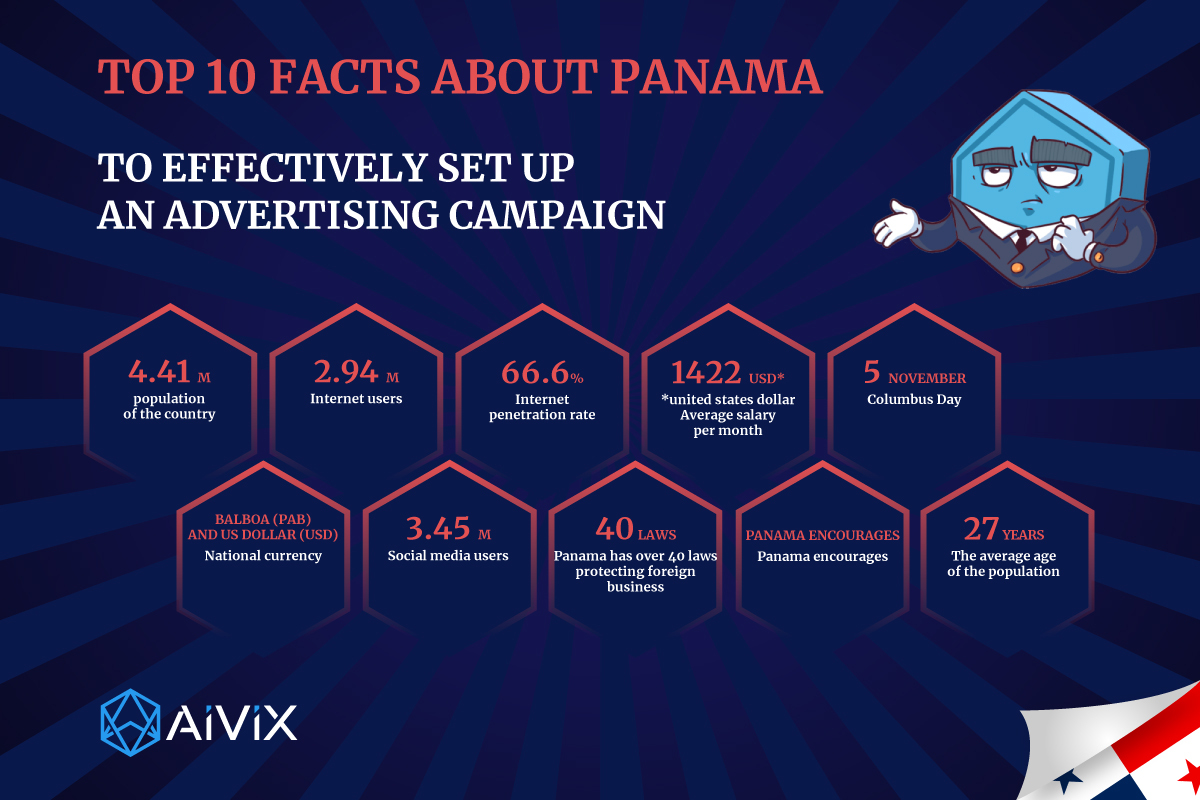 1. Geography and population of Panama

Panama is located in Central America, along the North Pacific Ocean. It borders only two countries, Colombia in the south and Costa Rica in the north. Panama is home to the Panama Canal, a strategic shortcut for shipping to the Caribbean. In addition, it is a transcontinental country located on the border between North and South America.

Rainforests, volcanoes, mountains and a system of nearly 500 rivers dominate Panama's landscape. The relief of Panama mainly consists of rugged mountains with steep inland slopes. But the coastal areas turn into plains and hills.

As of 2021, the population of Panama is about 4 million. The majority of the population is Panamanian, descended from mestizos, Indians and people from the Caucasus. The official language is Spanish, although English is becoming more common throughout the country.

Panama has had a very stable growth rate for some time and has remained on par with larger countries such as Brazil. 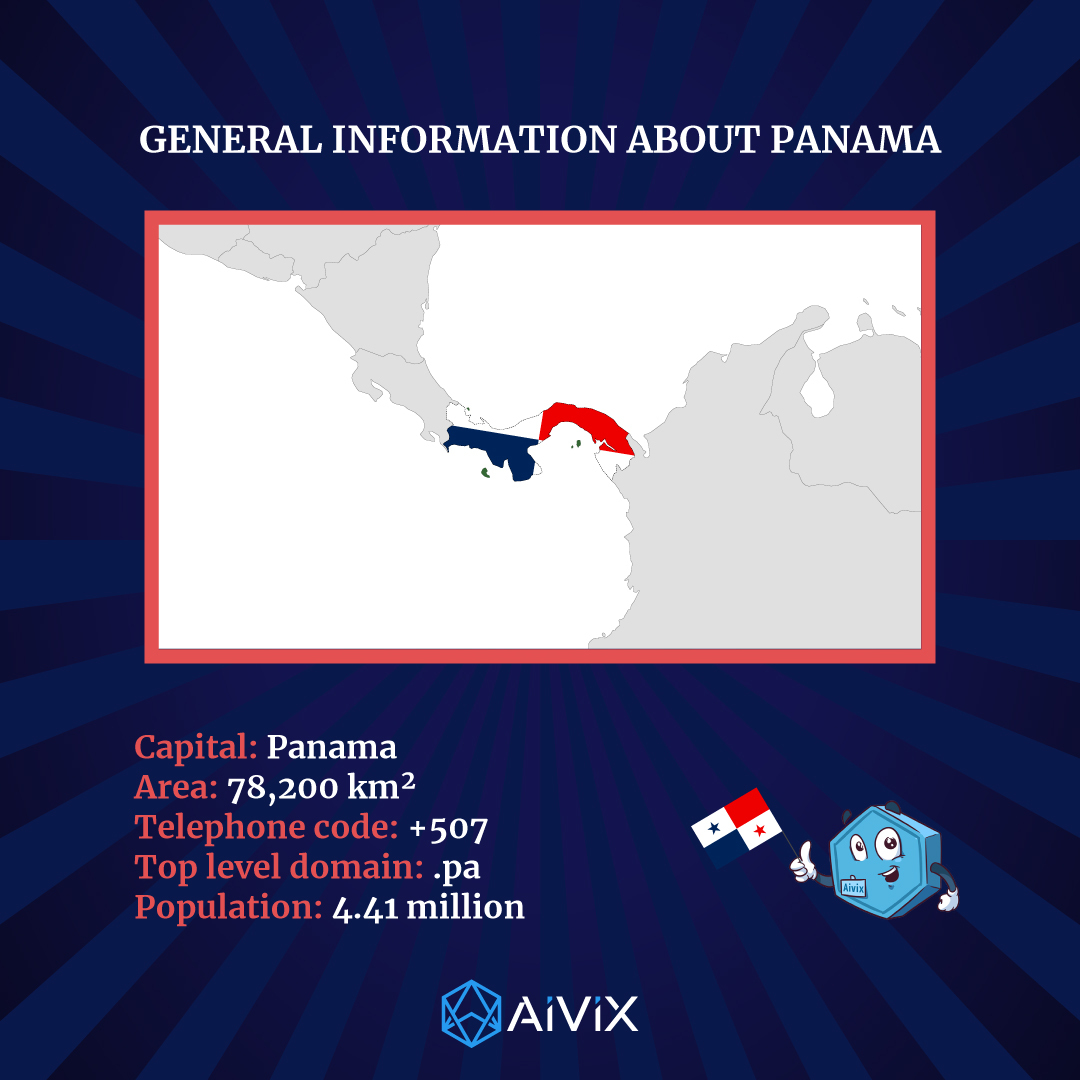 Spanish is the official language of Panama. However, long before Spanish colonization, there were eight groups of native Panamanians who speak today their own dialects of Spanish. They make up about 12% of the country's population.

Castilian Spanish spoken in Panama usually omits word endings. This makes it difficult to understand and in many cases is much less formal than typical Castilian Spanish.

English is taught in Panama in primary and private schools. However, only 8% of the country's population speaks English. In the capital of Panama there is a great need in business and people are able to communicate in two languages, there is more English-speaking population.

In addition, Panama attracts expats from a variety of cultural and ethnic backgrounds, including China, Africa, the UK, America, Russia, Ireland, and France, who have adopted Spanish as a second language. Many of these ethnic groups influenced the culture of the areas in which they settled and took root. For example, in the province of Chiriqui, most of the Chinese population of Panama lives, also Greek.

Balboa (PAB) is one of the two official currencies of Panama. The name is given in honor of Vasco Nunez de Balbo, a Spanish explorer. Balboa is divided into 100 cents. In circulation, Balboas are found only in coins.

The second and in fact the main currency - the US dollar is found in cents and banknotes. The value of a balboa is pegged to the value of the US dollar (i.e. one PAB = 1 USD). The US dollar gives Panama and its banking system a competitive advantage over non-dollarized countries in the region as the latter have to deal with the risks and costs associated with exchange rates. 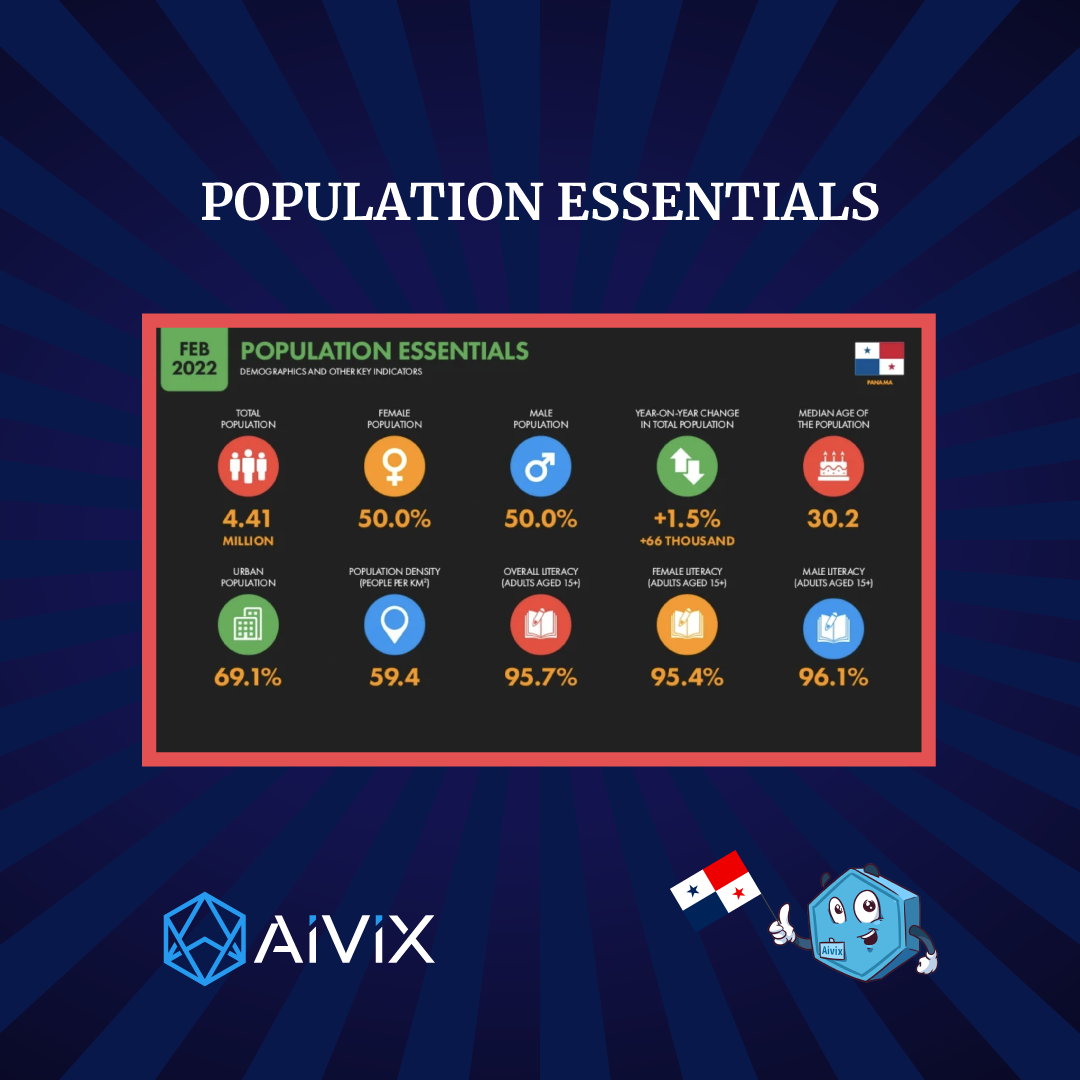 In Panama, Internet use has been steadily increasing over the past few years. In 2019, approximately 63.6% of Panama's population had internet access, compared to 40% registered in 2010. As of 2020, Panama's internet penetration rate is still below the Central American and Mexican averages.

In more developed areas of the country, such as Panama City, Colon and David, you can find high-speed (for Panama) broadband cable Internet and DSL. DSL in Panama can be fast, but the speed fluctuates a lot. In remote areas, satellite internet is the only option. Satellite internet can be very fast, but it costs more.

• The number of mobile connections in Panama in January 2021 was equivalent to 107.9% of the total population.

Despite the decline in mobile internet usage in Panama, overall internet use has grown and is expected to rise steadily in the coming years.

Panama is a small open economy country operating as a regional financial and logistics center that benefits from canal operations, the Colón Free Trade Zone (CFZ) and a strong banking sector compared to other countries.

Panama has been the fastest growing economy in Latin America with an average real GDP growth of 6% over the past 10 years. However, economic activity had already begun to slow down in 2018-2019, even before the pandemic. A fully dollarized economy perpetuates inflation and limits transfer and conversion risks, but limits monetary policy room and makes the country dependent on US dollar flows.

The business environment compares favorably with peers. Panama is ranked 86th in the 2020 Doing Business Survey. Despite a strong position in obtaining credit (25th), weaknesses remain in areas such as paying taxes (176th), contract enforcement (141st), and resolution of insolvency (113th). 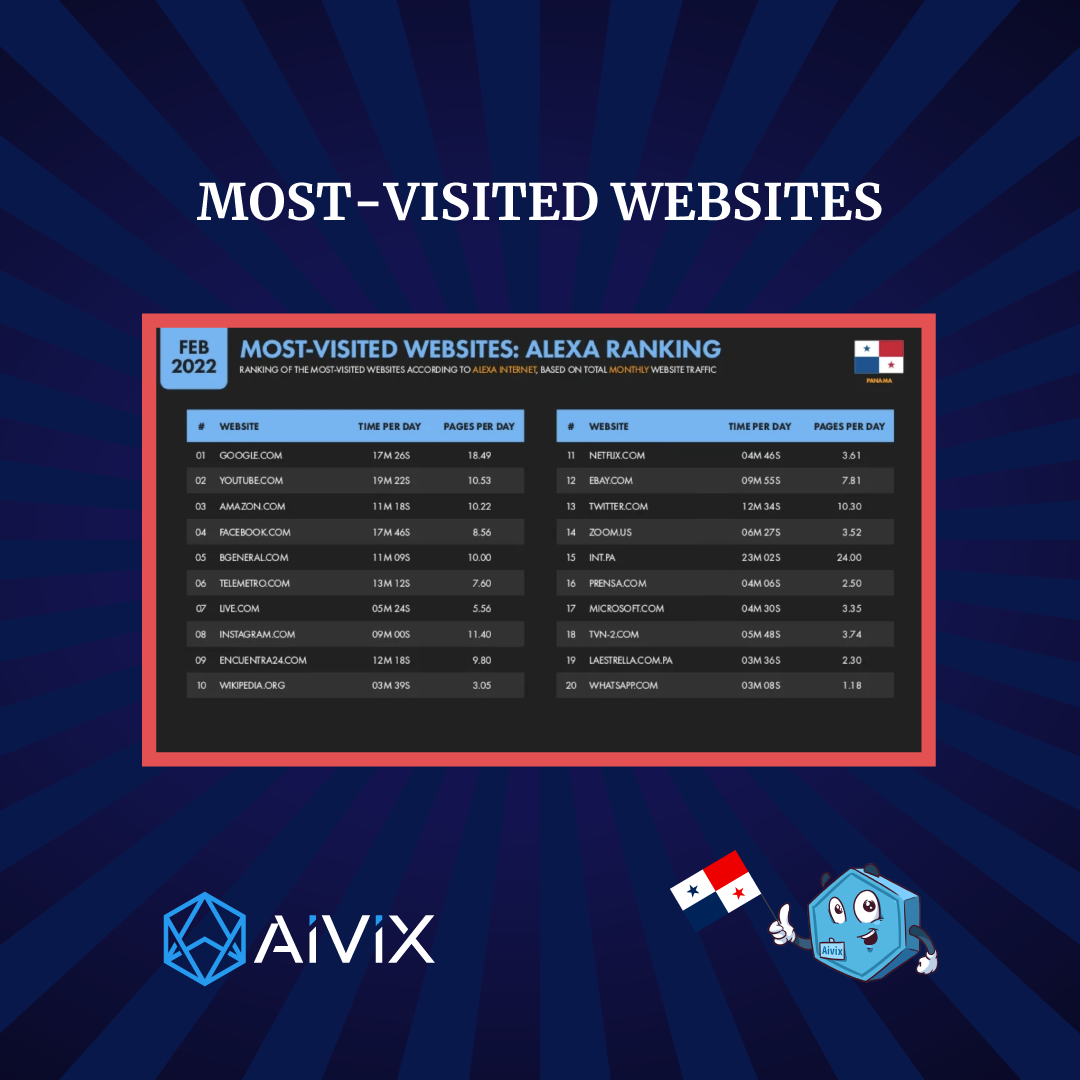 In Panama, the minimum wages depend on the economic activity, the specific profession and the size of the establishment. The minimum wages typically range from $275 to $971.28 per month.

A standard working day consists of 8 hours per day, and a full working week is up to 48 hours. Workers under the age of 16 are limited to a 36-hour workweek.

In addition, a worker in Panama is entitled to 30 days of paid annual leave after starting 12 months of work. Employers must ensure paid annual leave 3 days prior to leave and cannot be reimbursed in lieu of pay.

7. Working days and holidays in Panama

Panama has 105 days off, 6 national holidays and 248 working days. Monday to Friday are working days, and Saturday to Sunday are days off. In 2022, 5 public holidays on weekends, and 3 of them on Sunday and are observed on the following Monday. 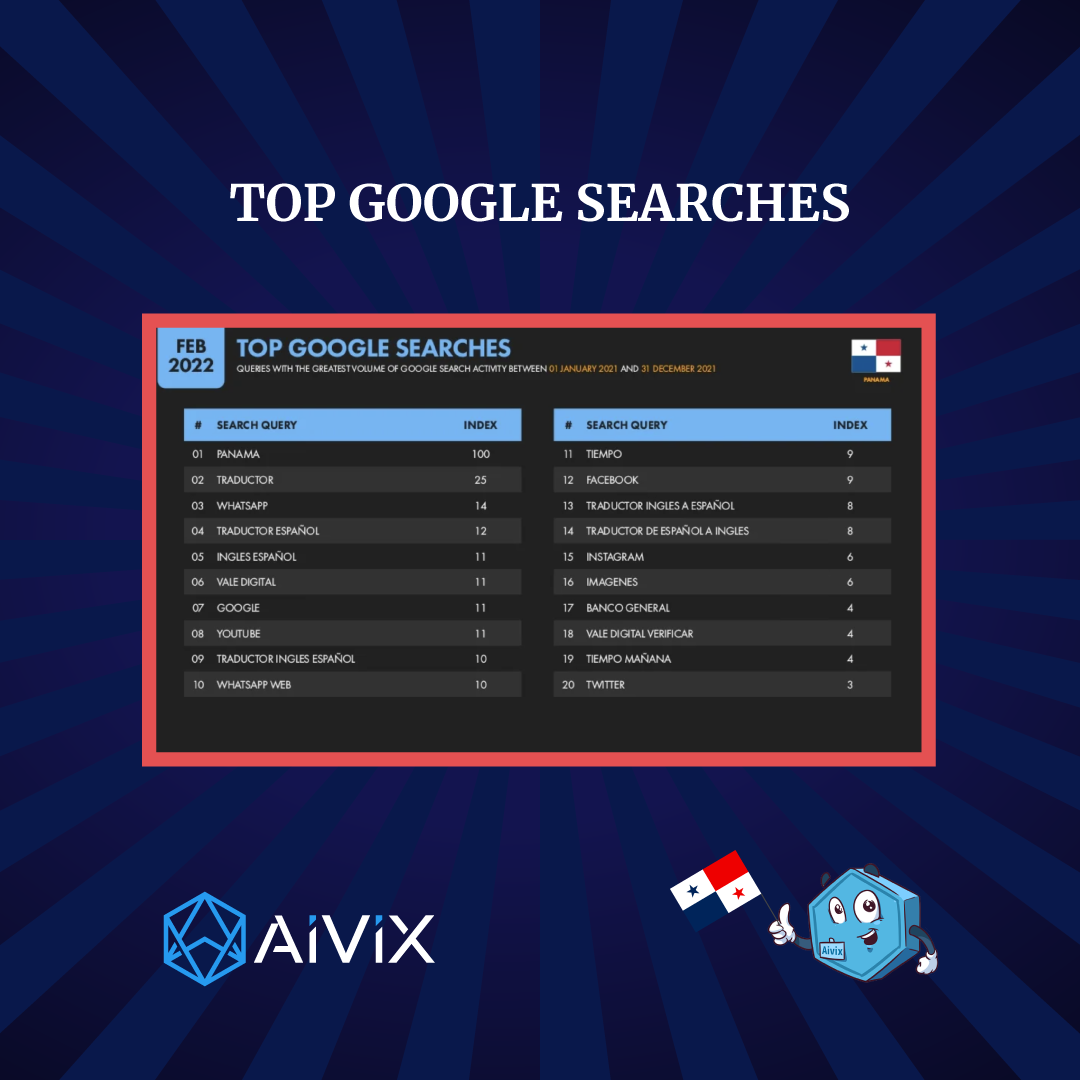 Panamanians are generally regarded as very positive people who are said to have "joie de vivre" (joy of life). They don't tend to linger on the negative aspects and are often lively, charismatic and fun-loving. Foreigners admire their ability to make a holiday and fun out of any situation.

The "spirit of the rumbero" has even become a recognizable national trait. This expression describes the ability of Panamanians to enjoy a leisurely life under pressure and difficult circumstances. It is often described as a "work hard to play hard" attitude.

It is important to recognize that the people of Panama have retained a strong sense of pride and dignity despite the country's social and political problems. In the face of adversity, they remain resourceful, hardworking, and peaceful. Panamanians do not like it when foreigners point out the country's difficulties or try to make them feel ashamed of it. Most of them are disgusted by this and want to fix the country's reputation in the world.

Moreover, although they are very critical of their country's problems, they tend to reject the judgment of outsiders - especially if this criticism is based on stereotypes. Instead, Panamanians prefer foreigners to pay attention to how they managed to achieve a high level of economic development despite political upheaval. They are also proud of their democracy and independence.

In July 2021, telecommunicated companies accounted for 5.26% of digital advertising in Panama. Online stores took 2nd place with a share of 3.52%. Software and applications accounted for 3.03% of spending.

Panamanian consumers can be divided into 2 socio-economic segments:

• A higher income group that prefers international goods and places more value on quality than price, is influenced by American and European trends and likes to shop in malls;

• The lower middle-income group, for whom price is a key factor in their purchasing decision, often seeks discounts and buys from department stores and outlet stores.

Panamanian consumers are open to new products and are increasingly buying online. However, they use the Internet not only to find discounts, but also to get information and reviews about the products they are going to buy.

The US influence is still very strong, which is why American brands are generally considered to be of higher quality when compared to similar products from other origins.

In terms of food, Panama's grocery market is mainly represented by supermarkets, hypermarkets and independent food stores. In recent years, the trend has been to consume more convenient and healthy food. 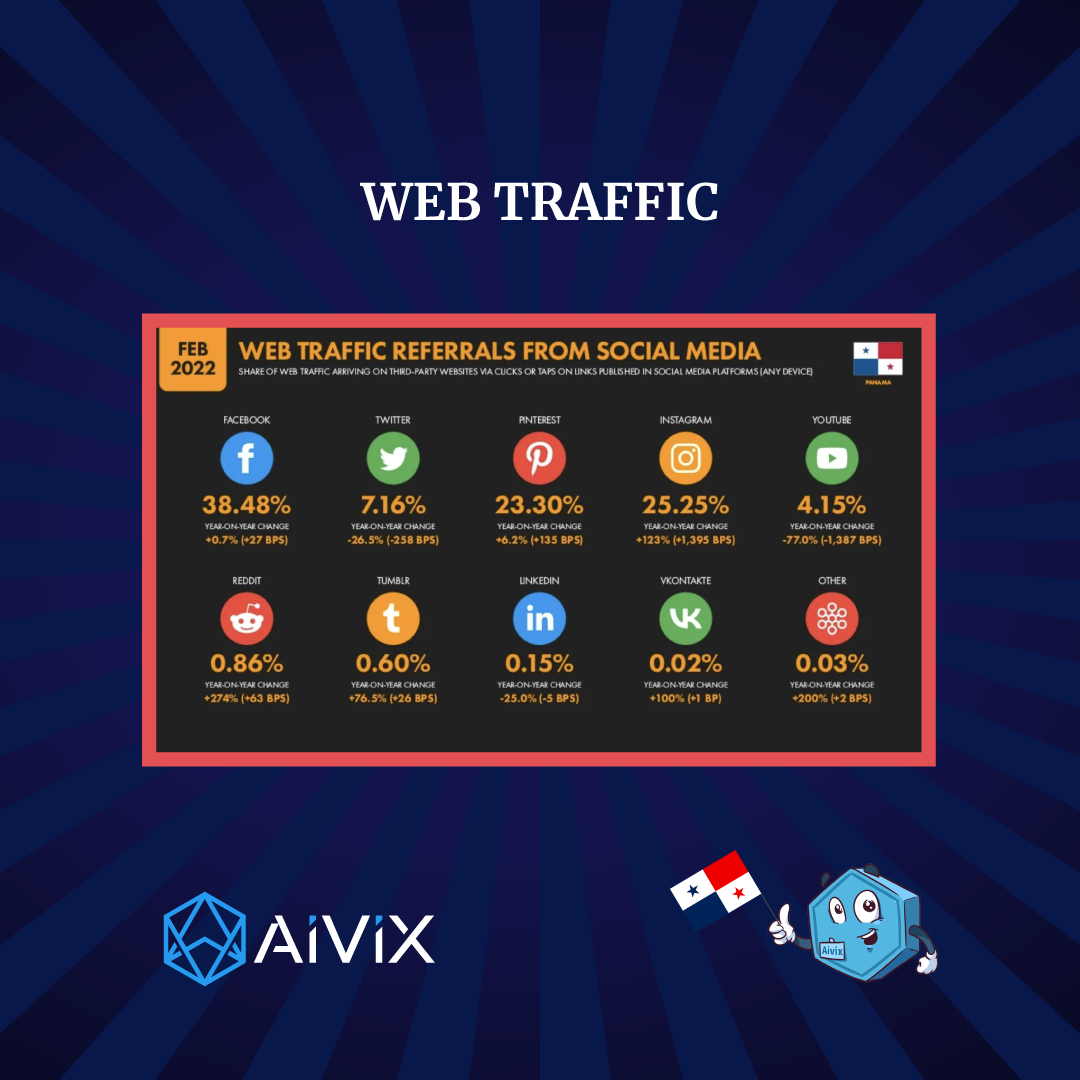 Cryptocurrency is currently legal in Panama, however, there are no strict regulations in the country, and rather a passive approach. The government appears to be positive about the use and creation of blockchain technology and cryptocurrencies.

Local MP Rolando Rodriguez submitted a bill on the issue to the Trade Commission of the National Assembly of Panama in January 2021. The bill, if passed, will create a legal framework for Panamanian companies that want to do business with cryptocurrencies. The MP explained that the cryptocurrency bill is intended to bring "financial freedom" to all Panamanians who do not have access to the traditional banking system.

More about the bill

The bill recognizes the rapid growth of Internet penetration in Panama in recent years and that it has played a large role in the growth of the country's economy. Blockchain technology and digital currencies are the next stage of this growth, and Panama cannot risk falling behind.

The Cryptocurrency Law did a lot of the right things, including debunking the myth that digital currencies are a safe haven for criminals.

In addition, the blockchain makes it easy for the authorities to trace any illegal activity because it is transparent and immutable."

However, there are some errors in the bill. The biggest, and one of the most common, is that digital currencies are “potential long-term investments and inflation hedges.” This thesis, which is actively sold by the BTC faction, is contrary to Satoshi's vision that Bitcoin is a peer-to-peer electronic money.

In Panama, the acceptance of digital currency by merchants will be optional, with the bill recognizing digital currencies as alternative payment methods.