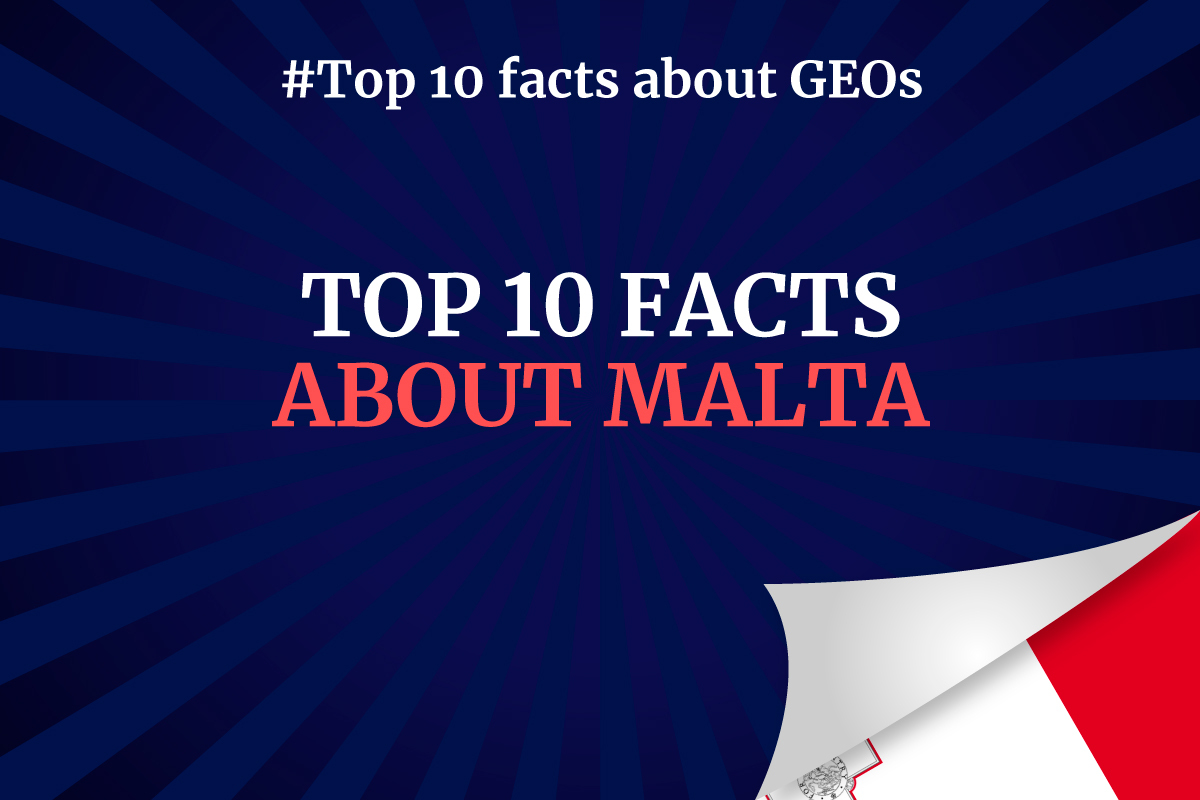 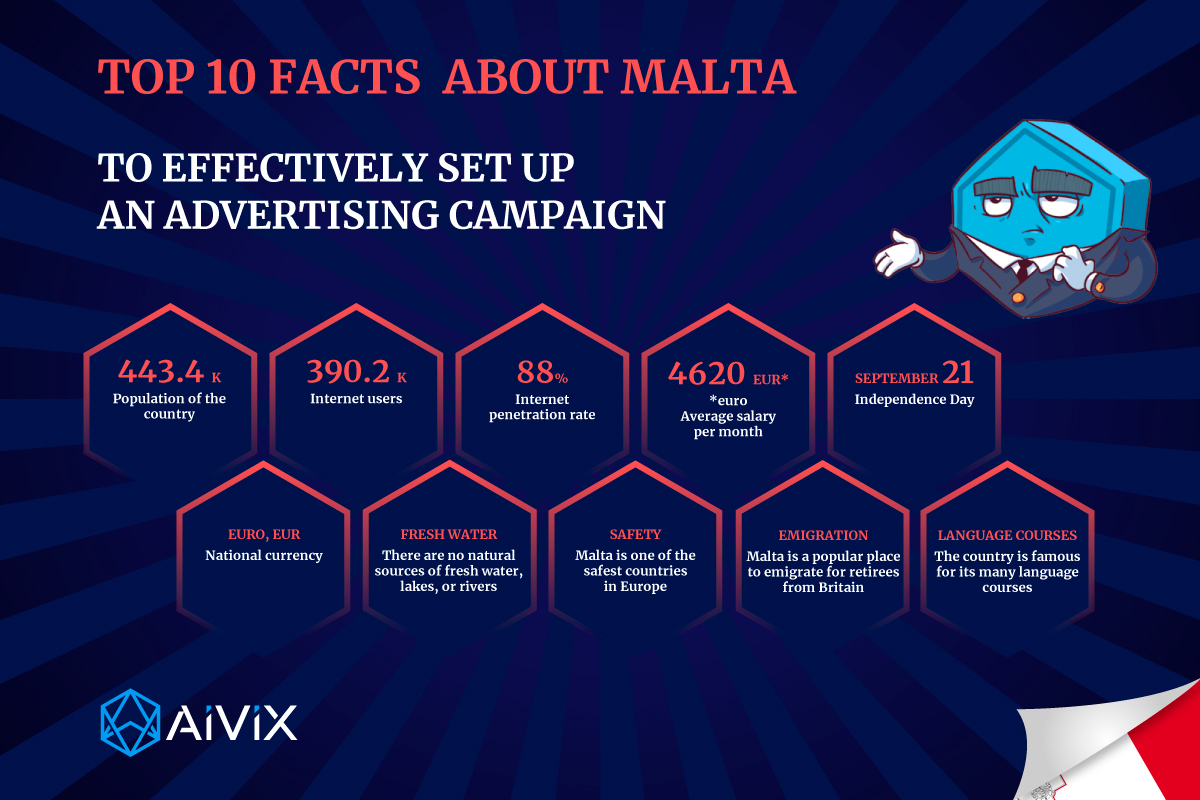 Malta is known around the world in two roles: as a haven for tax optimization for the creation of offshore companies and as a tourist paradise. The local nature is really amazing, and there is definitely something to tell about the structure of life on the island.

Malta is a small island nation located less than 100 kilometers from Italian Sicily in the middle of the Mediterranean Sea. It consists of several small islands of the Maltese archipelago, of which only the three largest are inhabited.

The main island, after which the country is named, covers an area of only 246 km2. It does not have a very rich topography and few water sources (due to which the island has difficulties in obtaining freshwater), and from a bird's eye view, dense urban development can be noted.

The climate in Malta in the Mediterranean is dry and hot: the temperature in January does not fall below 5°C, and in summer it can rise up to 34°C. The high season, when the most tourists arrive in the archipelago, falls precisely during the summer months and the beginning of autumn. You can also fly until November, but there is nothing to do here in a wet, damp winter, although accommodation will definitely cost much less.

The local population consists mainly of Maltese and is less than 500 thousand people. There are also migrants from African countries (mostly illegal) and, less often, European countries, including Russia and Ukraine. 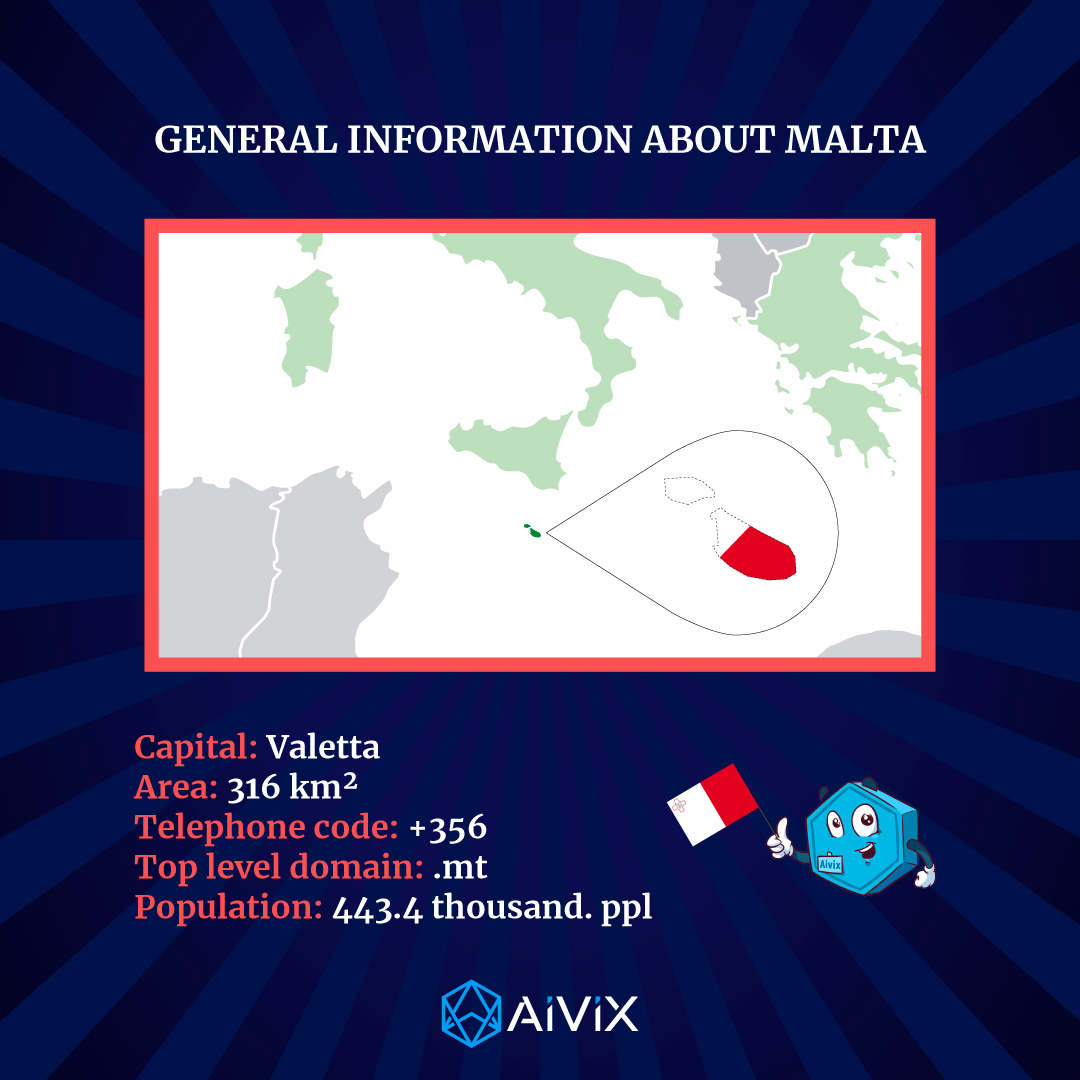 The official state language of Malta is Maltese, but the local population is also fluent in English and Spanish. Since the archipelago is a popular tourist center, visitors have almost no problems with communication.

The official currency today is the euro, but until 2008 the Republic had its own currency - the Maltese lira. It was abandoned three years after Malta's accession to the EU and the Common Economic Space.

The Internet in Malta is quite developed. In major tourist centers, WiFi is almost always available in hotels, cafes, and restaurants, as well as public places. If you are planning a long stay, you can buy a local card.

There are several local operators in Malta, but tourists usually prefer Vodafone, which has been called Epic here since 2020 - you can buy a SIM card directly at the airport. It is recommended to pay for the tariff plan a month in advance because the actual payment for services is much more expensive.

Epic unlimited plans start from 20 euros, there are even simpler plans: for example, 8-10 euros. Calls to the countries of the third zone, which include Ukraine and Russia, cost about 1 euro per minute, but there is no point in spending money on them - if possible, it is much more profitable to pay for a package with good internet and communicate via instant messengers, which is favored by good cellular coverage. 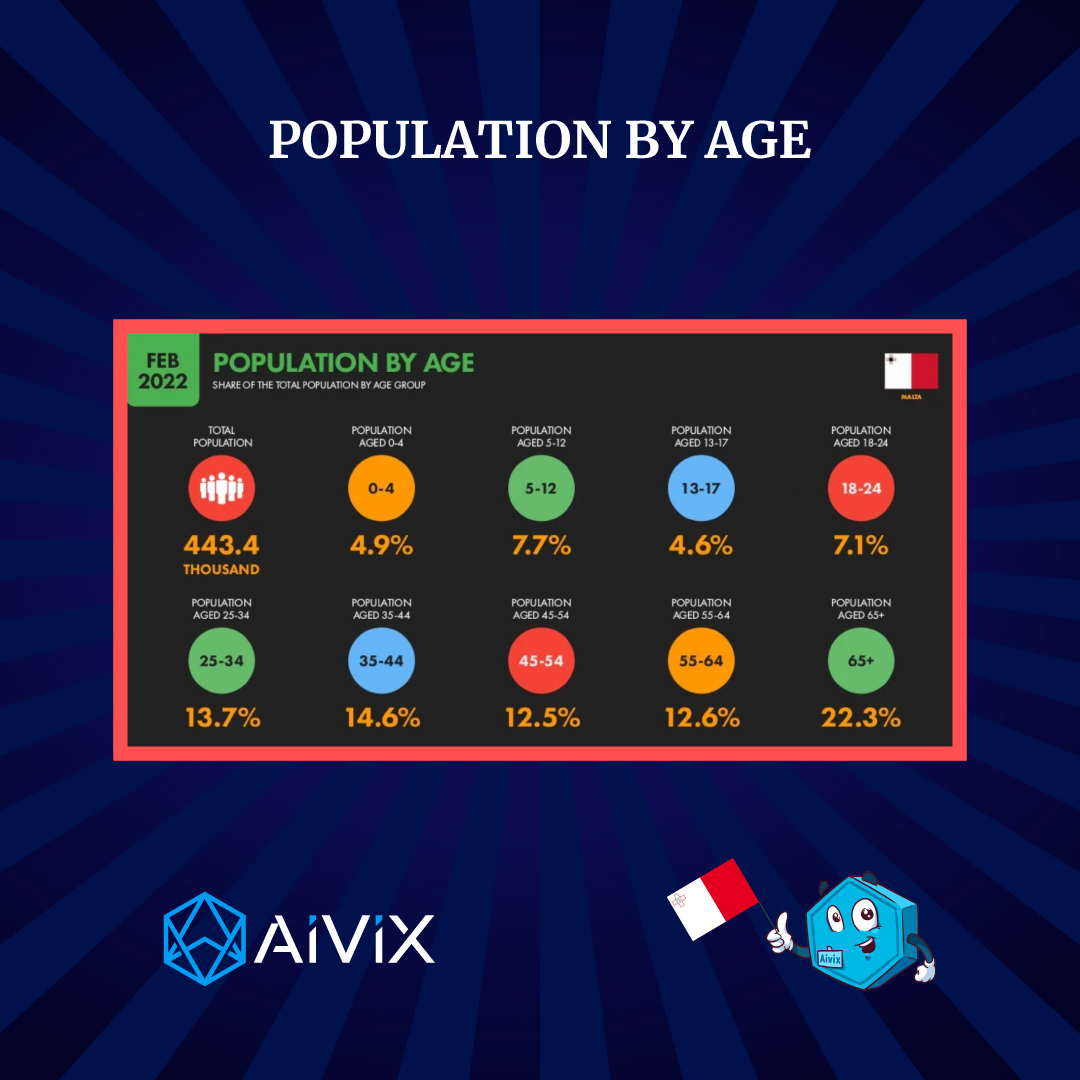 As part of the European Union, Malta is classified as a developed country. It is not rich in natural resources, but it actively uses its tourism potential and invests in industry development. In 2020, the GDP of the Republic amounted to more than $14 billion.

The tourism sector has suffered significantly during the Covid-19 pandemic, but other areas have come to replace it. The IT niche is rapidly developing, the archipelago is an attractive place for labor migration. Thanks to foreign investment, the industrial sector is also growing. Shipbuilding, clothing manufacturing, and several electronics businesses.

Another sector worth mentioning in this article is the gambling business. Gambling is allowed in Malta, which is why many casinos are registered here.

The least developed economic sector in the country is agriculture. The climate, soil features, and hydrography do not contribute to the active breeding of crops: potatoes, cereals (wheat and barley), tomatoes, and some fruits are grown in small quantities in Malta. Part of the harvest is exported to other countries, and Malta buys vegetables and fruits for its own consumption in other countries.

In economic terms, Malta cooperates most actively with other countries of the European Union and maintains ties with the United States. The economy of the Republic is considered stable, which attracts investors.

Malta has a good salary compared to the European level: the minimum rate is about 800 euros according to 2022 data. The variation in numbers can be significant depending on the profession and skill level.

The work of doctors, both general and narrow specialists, is highly valued. A therapist in a hospital earns an average of about 2 thousand, and a nurse - about 1.5 thousand. Not far gone are representatives of the IT sector, who can claim a salary of 1.9-2.5 thousand. School teachers receive about 1.5 thousand.

Engineers earn the most in Malta. A good specialist works for an average salary of about 3,000 euros, but you can’t just get a job in this position. In principle, for any qualified work, you must obtain an appropriate permit, look in advance for an employer who will hire you, and help you with obtaining a work visa. Since the priority is to employ locals first, Maltese companies are only looking for rare and truly experienced employees.

The situation is different with seasonal unskilled jobs, which do not require a visa - only knowledge of the English language. This is primarily service personnel in the hotel and restaurant business: waiters, maids, cleaners, and dishwashers. You can also get a job as an animator in a hotel, a guide, or a seller in a store.

In this niche, salaries are usually the lowest: from 800 to 1100 euros. But in hotels, the employer often offers accommodation and meals, so the conditions are more or less favorable. 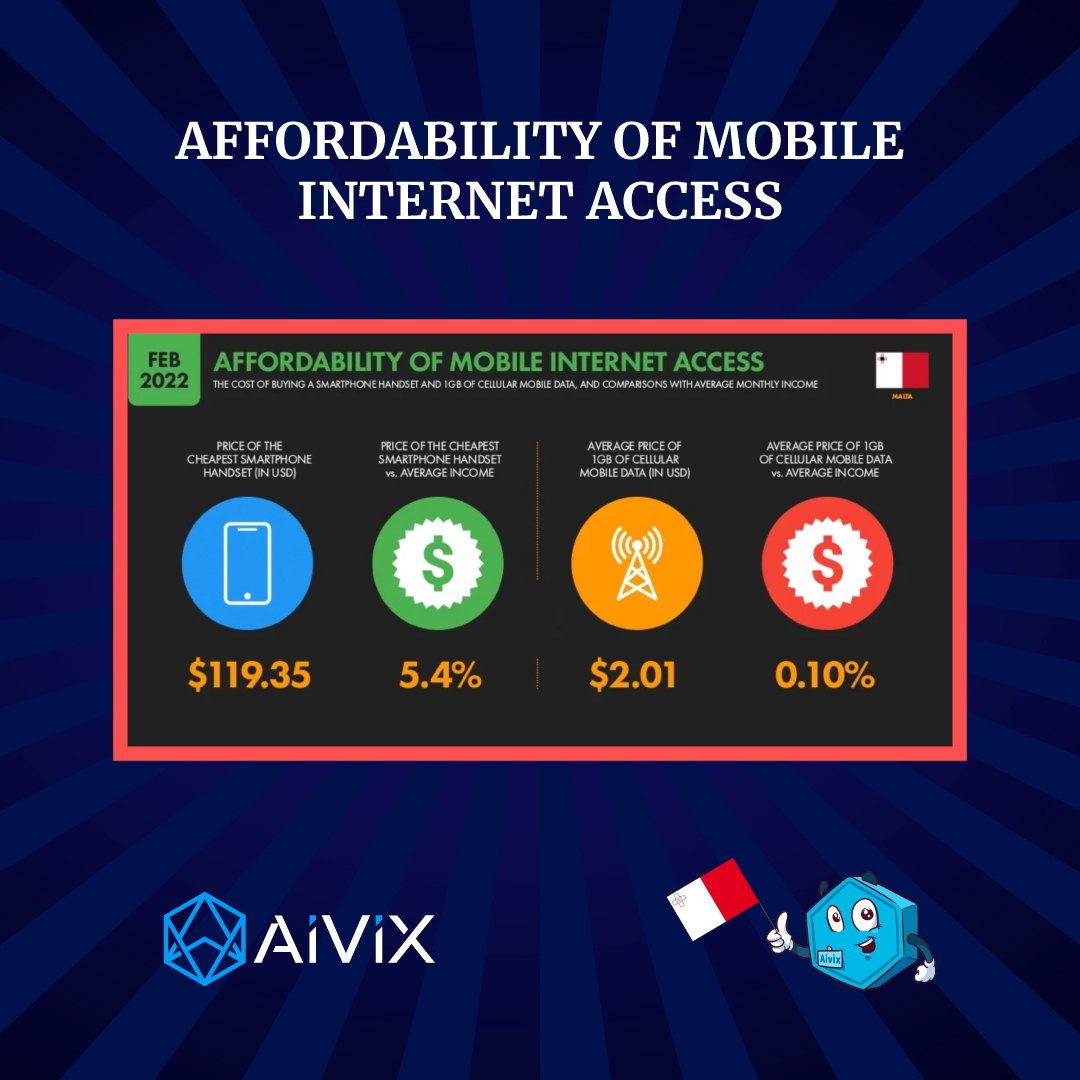 Prices in Malta are higher than in Ukraine and Russia, but lower than in Germany and a number of Nordic countries. Due to the scarce water supply, water is quite expensive - from 0.8 euros - otherwise, you can collect a grocery basket relatively budget.

A kilogram of chicken fillet will cost about 6 euros, pork, and beef an average of 10 euros, and a liter of milk - up to 1 euro. A dozen eggs - up to 2 euros. Ordinary European fruits (oranges, apples, bananas) cost an average of 1.5 to 2 euros. If the goal is to save money, it is better to avoid stalls in tourist places due to the high markup, preferring local stores (including chain stores, they are there) or markets.

You can rent a car for 30-40 euros per day, but not everyone needs it - the islands are quite small, and in the center of the city everything is located quite compactly. Moreover, due to the growing traffic that local roads simply cannot cope with, walking is sometimes simply faster. Ferries can take you to the neighboring islands.

Renting a home in Malta is quite expensive when compared with same Italy, due to its great popularity and dense population. In large cities, an apartment will cost at least 900 euros per month, excluding utility bills and Internet costs, and prices increase by an average of 10% annually.

The healthcare system in Malta is well developed - there are public and private institutions on the islands that provide all the necessary medical services.

Local residents, including those with a residence permit, and residents of other EU countries can receive free medical care under the health insurance program - locals in the full range, visitors from the EU only for cases of emergency. For non-residents, there are special private policies that allow you to save on treatment.

As in most European countries, you need a prescription from a doctor to buy most medicines in Malta. Those that are still dispensed without a prescription, without the appointment of a specialist in a pharmacy, will cost more.

Since local medicine has proven itself to be of high quality, surpassing even the United States in WHO rankings in some years, Malta is often considered a medical tourism destination.

Higher education in Malta is cheaper than in other EU countries but allows you to get a document of equivalent value at the end of your studies. For admission, you must pass an international exam in English.

Before the main training, a foreign applicant will most likely have to pass a preliminary basic one. Its language requirements are lower, and the program allows you to obtain the qualifications necessary for a bachelor's (or master's) degree, improve the necessary disciplines, and get acquainted with the features of the educational process.

By the way, you can study in Malta only for a bachelor's or master's degree at the prestigious University of Malta - there are no postgraduate education programs (except for doctoral studies in pharmaceuticals and law).

There are also many available language courses for learning English. 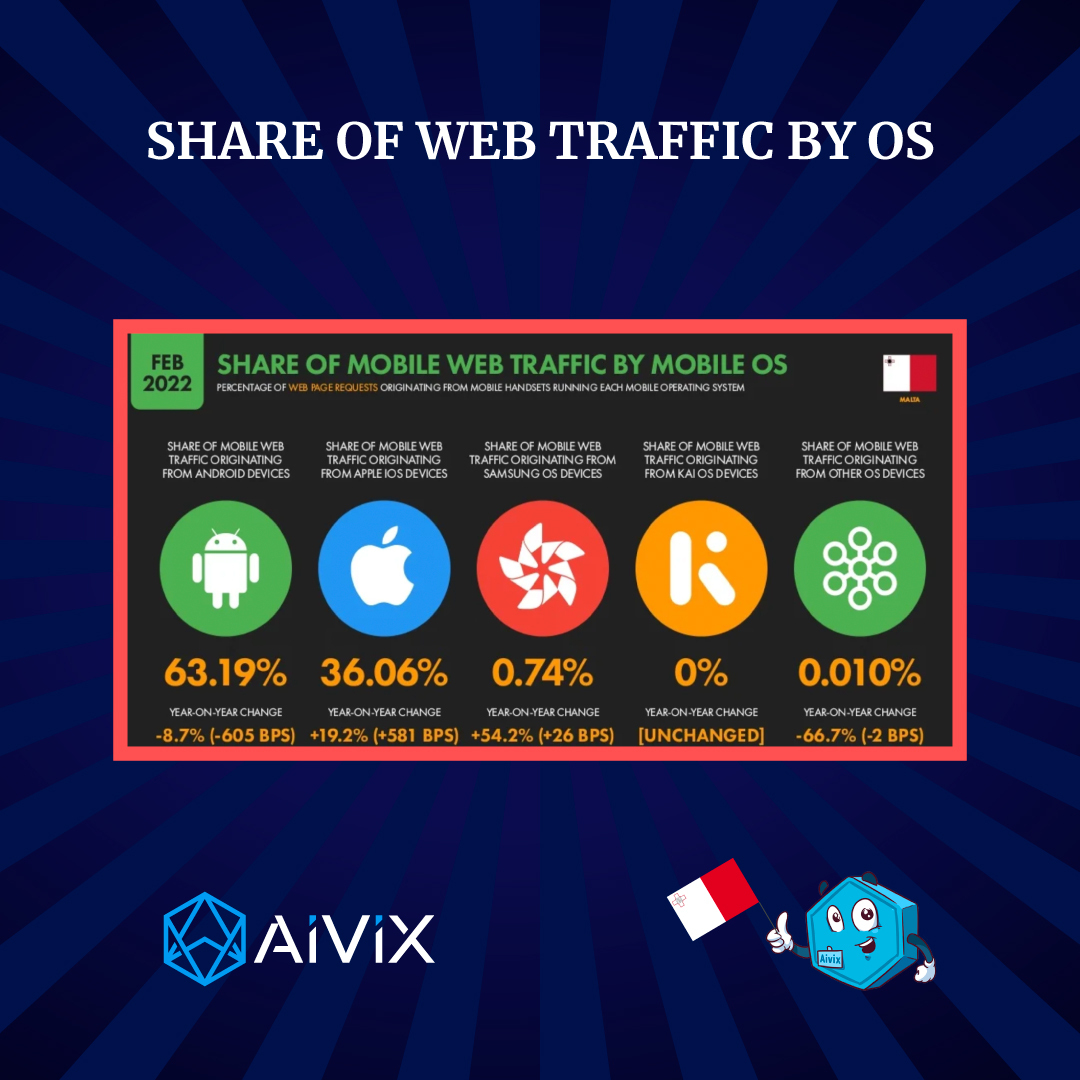 In Malta, there are several non-working holidays that are unusual for other Europeans, but a number of holidays will be familiar to them.

February 10 - Memorial Day of the shipwreck of St. Paul

Good Friday and Easter (dates vary from year to year)

August 15 - Day of the Virgin Mary

Catholicism is preached in Malta, and the local population is predominantly religious, so in addition to the main ones, there are still many additional religious celebrations, during which shops or government agencies may not work.

The Maltese have a typical Mediterranean mentality. Relaxed, unhurried behavior, lack of haste, long siesta - all these are characteristic features of the local population. Not to mention their friendliness.

If you are loyal to slowness and some optionality, you will be comfortable in the Maltese relaxed environment. 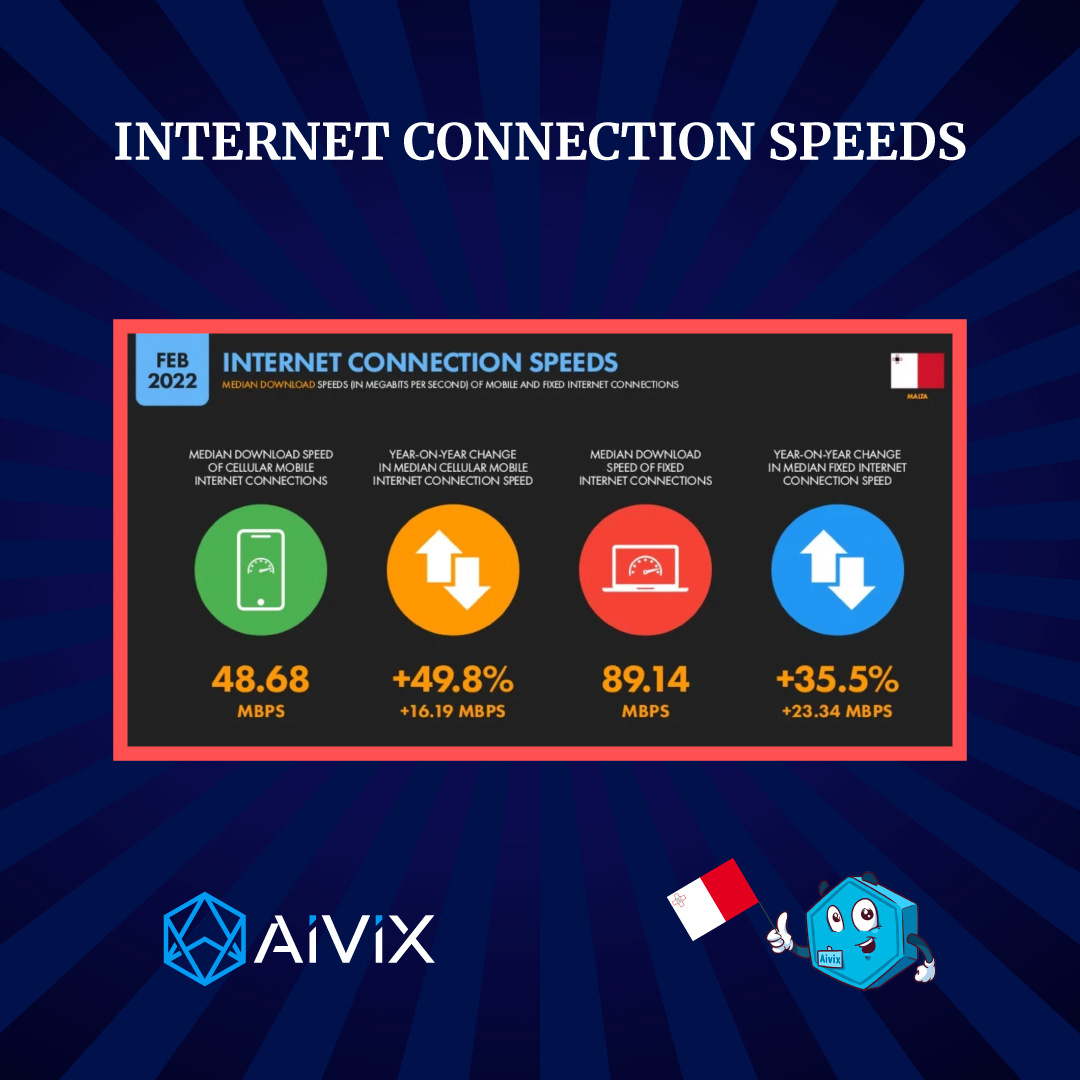 Malta has a legislative framework that regulates both the use of cryptocurrencies and the work of operators offering related services. To launch an exchange or an exchanger in this country, you need to obtain an appropriate license worth several tens of thousands of dollars, which is what many entrepreneurs use because of the loyal taxation system.

Also in recent years, the government is interested in attracting all kinds of blockchain startups, which is why at some point in Europe they began to discuss the risk of Malta getting into the official list of offshore countries.

Malta is a very small but very interesting country with a pleasant climate and economic prospects. A developed health care and education system, the labor market make it an attractive place for permanent residents, as well as the European standard of living, and local traditions and infrastructure will allow you to have a pleasant vacation.