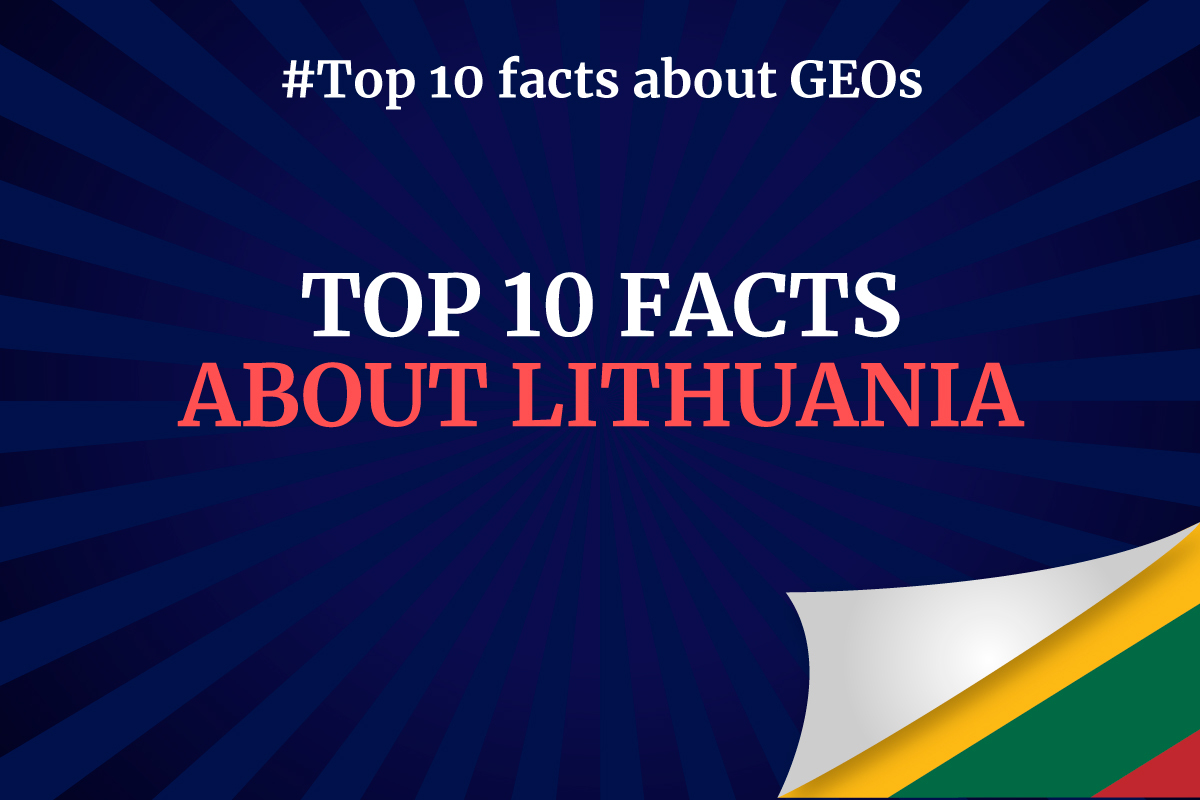 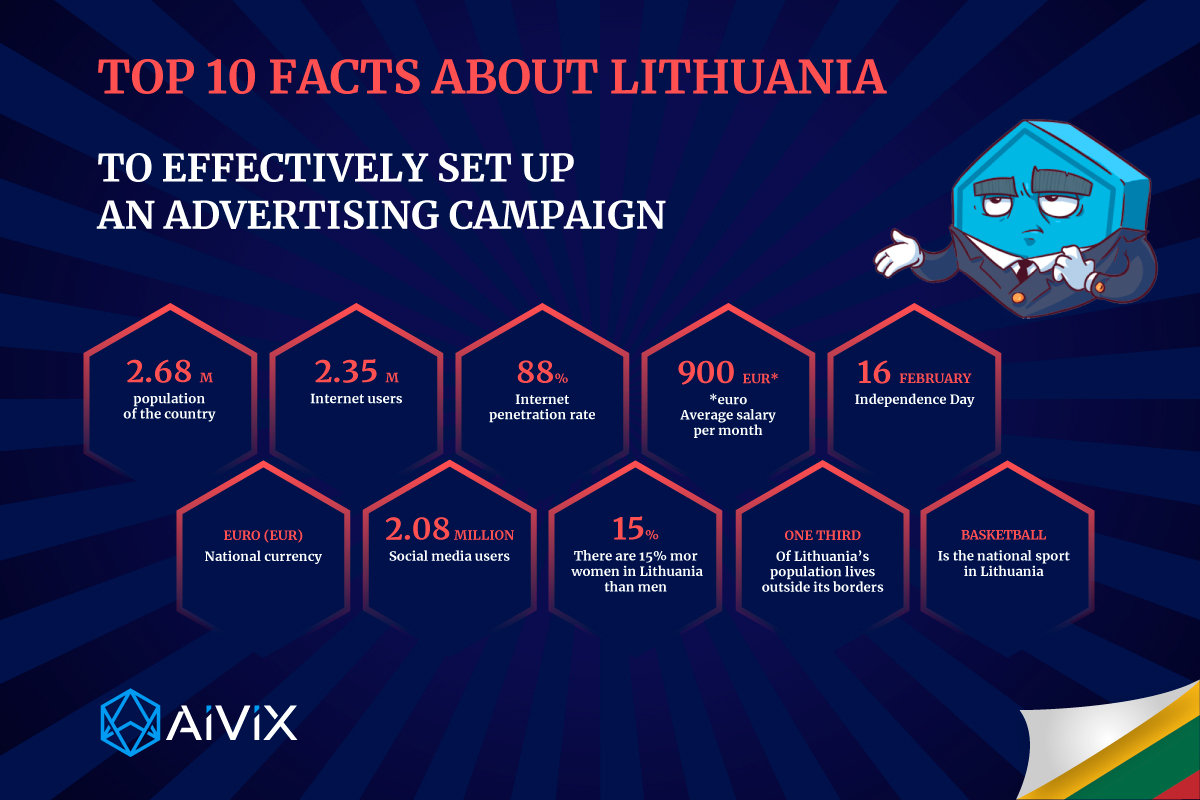 Lithuania is a Baltic country with a long history and traditions, often chosen by travelers and migrants from the CIS. Despite the Soviet past, today the Republic of Lithuania is considered a full-fledged European country, developed enough for a comfortable life.

1. Geography and population of Lithuania

Lithuania is located on the coast of the Baltic Sea and borders Latvia, Poland, Belarus, and Russia. This is a small country: its area is only 65.2 thousand km2.

Quite a lot of precipitation falls in the autumn-spring period, and the summer in Lithuania is not very hot - the average temperature in July is about 17-18 degrees. The weather is changeable, sometimes it takes time to adapt to it. Geographically, the locals divide the country into five regions: Upper Lithuania, Lower Lithuania, Suvalshchyna, Lithuania Minor, and Dzukija.

In them, a tourist can find many sights and monuments of architecture, including castle structures. In Vilnius alone, a lot of beautiful and historically significant places are collected: cathedrals, museums, and just old houses.

The indigenous population is Lithuanians, but there is also a large Russian diaspora in the country, which makes it easier for visitors to adapt.

Lithuania has one official language - Lithuanian, which is used by more than 80% of the population, in government institutions, most schools, higher education institutions, and the media. It is considered quite difficult to study.

The Russian language is widespread in the country. Moreover, some cities even have Russian-language schools or at least Russian-language classes; in some places, Russian is taught optionally to Lithuanian children, so the problem of mutual understanding with the local population is not as acute as in other countries of Europe and the Baltics, inclusive. 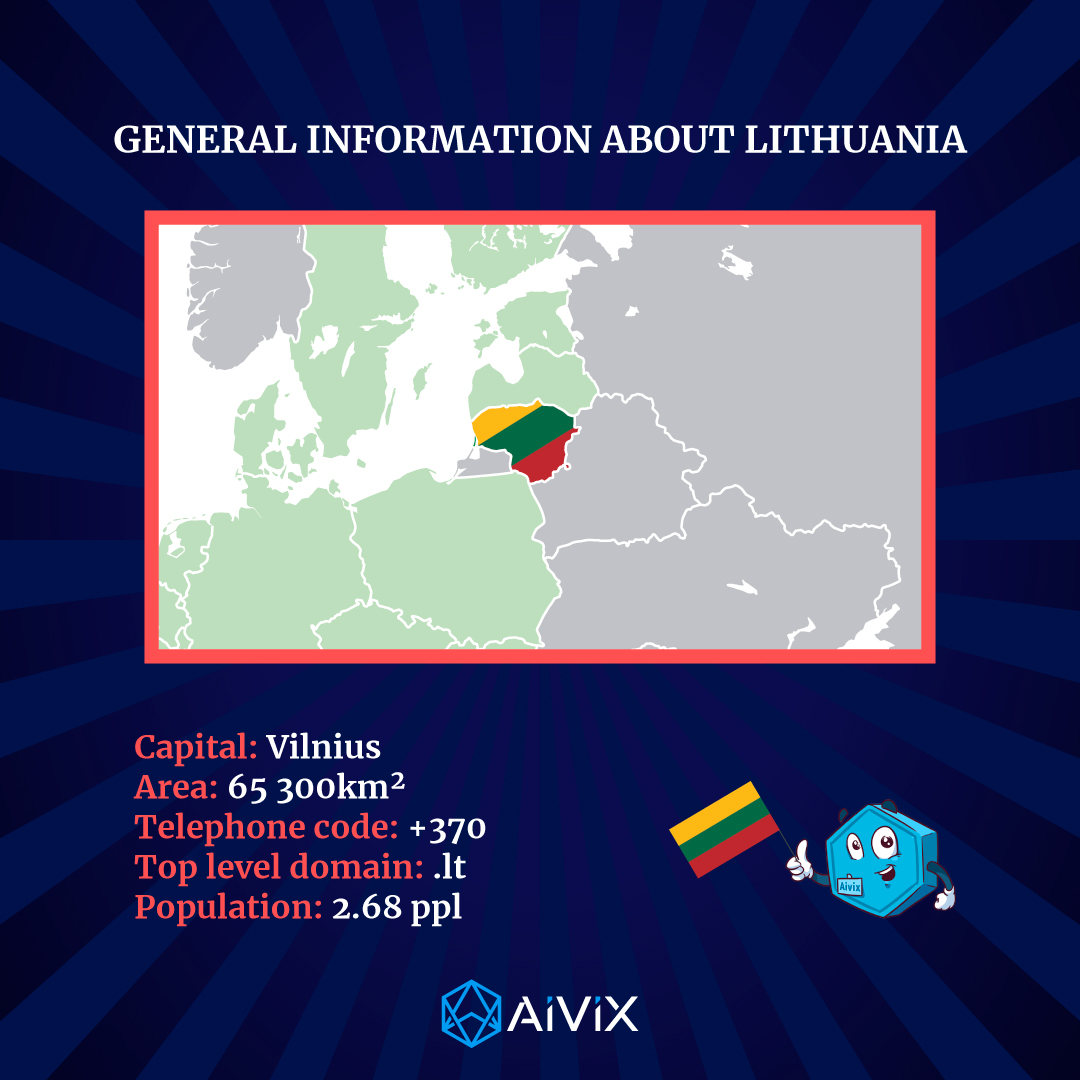 The official currency in Lithuania is the Euro. Before joining the European Union, Lithuanians paid in Lithuanian litas.

The most popular home internet provider is Telia. Unlimited high-speed Wi-Fi will cost about 25-30 euros per month - tariffs with limited traffic cost a little less. It is much cheaper to connect to wired home Internet: depending on the speed, it will cost 12-20 euros per month.

Lithuanians often use Telia or Tele2 for mobile internet. The connection speed is quite high, there are no problems in this regard in the country, so representatives of online professions will not experience any inconvenience.

Lithuania is a developing country and developing quite quickly. After secession from the Soviet Union, the Republic experienced several crises, but this did not prevent it from showing good indicators of economic development in the long term.

In 2021, GDP per capita growth was more than 5%. Authorities note that the jumps took place in the industrial sector, and the retail and international trade sectors performed well. It should be borne in mind that the process was largely hampered by the coronavirus pandemic - probably, without it, the result would have been even better.

In 2022, experts expect another slowdown in economic development due to inflation. Of course, the difficult geopolitical situation, numerous sanctions, and the open issue with energy supplies will also have an impact.

Globally, Lithuania remains an attractive place for business. This is primarily due to the interest and patronage of the authorities, the taxation system, as well as a transparent investment system.

You can open a business and invest in one of the seven free economic zones - for a foreigner, this is one of the opportunities to legalize in the country. 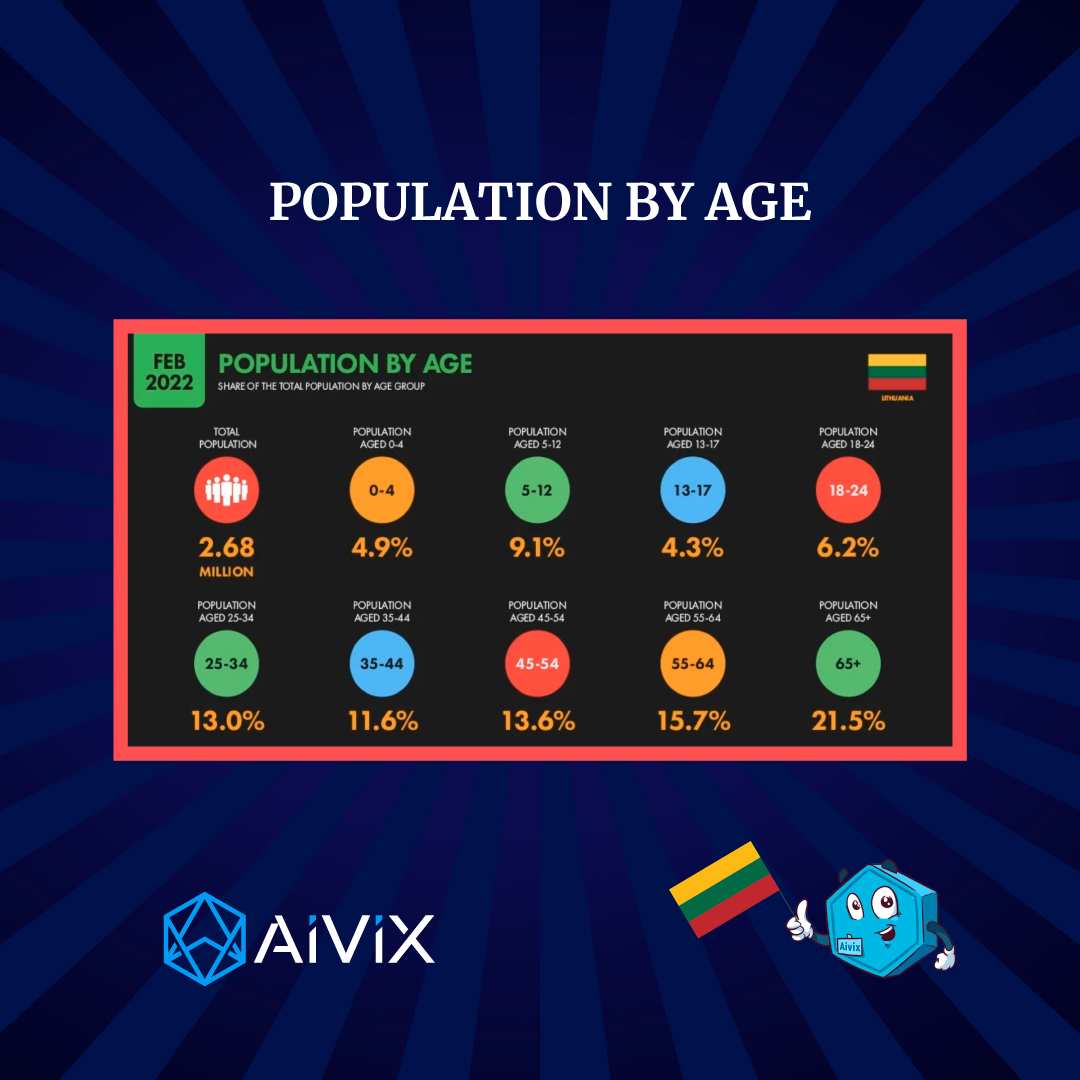 Among the rest of Europe, Lithuania does not have the highest wages but can give odds to Latvia, Estonia, and the CIS member states. To some extent, there is a problem of unemployment here, but not as bright as, for example, in Italy or Spain.

In Lithuania, there is a demand for some categories of especially demanded professions, including highly qualified ones, but a specialist who has planned a spontaneous labor relocation may face two problems in finding a job:

1. Ignorance of the Lithuanian language;

2. Lack of a higher education document

The average salary is just over 900 euros. They get a little less in the unskilled labor market: waiters are paid about 600 euros a month, taxi drivers and sellers in retail stores can count on the same salary. For example, dentists, lawyers, or engineers can count on an income of 1000 euros or more. A good rate is also offered to programmers.

Note: The article refers to wages after taxes (net). In the reports, you can find information on the average salary of 1300-1500 euros - in such cases, we are talking about the amount before taxes (gross).

The minimum wage after taxes in January 2022 was 533 euros per month. Despite the fact that so far Lithuania is inferior to its Baltic neighbors in some indicators, it is still developing rapidly - back in 2021, the minimum wage was only 481 euros.

Prices for food, household goods, real estate, as well as taxes in Lithuania are relatively low, despite the inflation that hit the country in early 2022 due to the pandemic. A liter of milk will cost 70-80 cents, a dozen eggs - 1.10-1.30 euros.

The cost of renting strongly depends on the city: naturally, in large cities, prices will be higher. A one-room apartment in Vilnius will cost 350-400 euros, a two-room apartment can be rented for 450-500. Newly renovated three-room apartments can cost more than 1,000 euros per month. 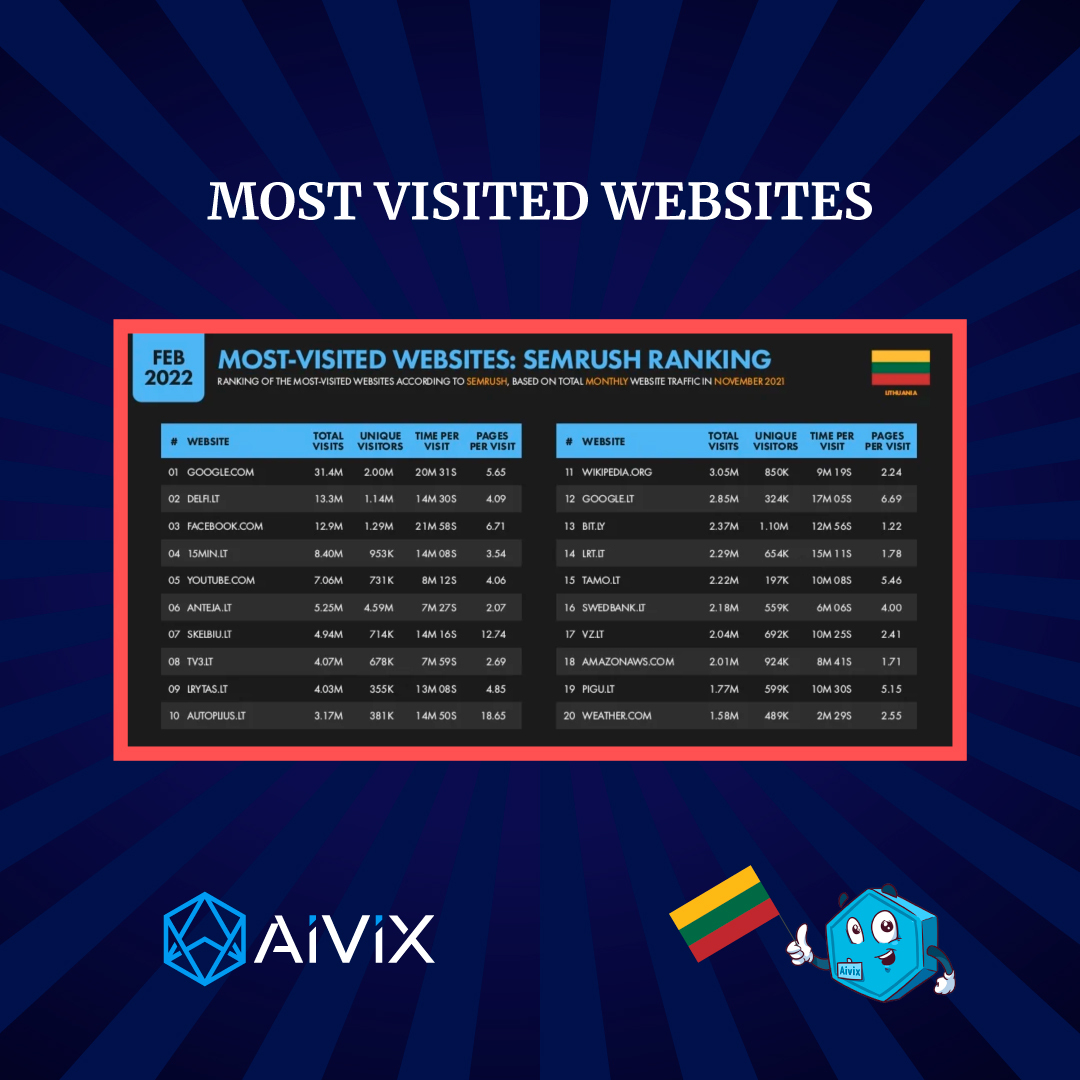 Medical care in Lithuania is divided into two categories:

1. State medicine (there is a system of insurance policies);

The provision of health insurance for working citizens is due to taxes - the same ones that are monthly deducted from the gross salary (about 7%, but not less than 44.8 euros per month). As in most countries of the European Union, a family doctor is assigned to the patient - through him, you can get a prescription for the necessary medicines and referrals to specialized specialists.

Calling an ambulance, medical and some dental services, as well as part of the drugs in the public medical system is covered by insurance. For some services, sometimes you have to pay a little extra.

Private medicine in Latvia is not cheap, but, paradoxically, it is more accessible: getting an appointment with a pain doctor is much easier and faster than a free one. Here, part of the services is also covered by insurance, and you have to pay extra for faster and better service. A doctor's appointment costs an average of about 50 euros and more.

The education system in Lithuania consists of pre-school education, 12 years of school education, vocational training for 2-3 years for qualifications, and higher education consisting of bachelor's, master's, and doctoral studies. In addition to purely Lithuanian, there are study programs in English, including for foreign students.

Education obtained outside the EU needs to be proven and confirmed in Latvia, and this applies even to schoolchildren who plan to enter the university. An adult visiting with a foreign diploma is also unlikely to be able to get a job on it (except when an employee arrives at the invitation of the company) - the document will have to be confirmed, often also to hand over a possible academic difference. 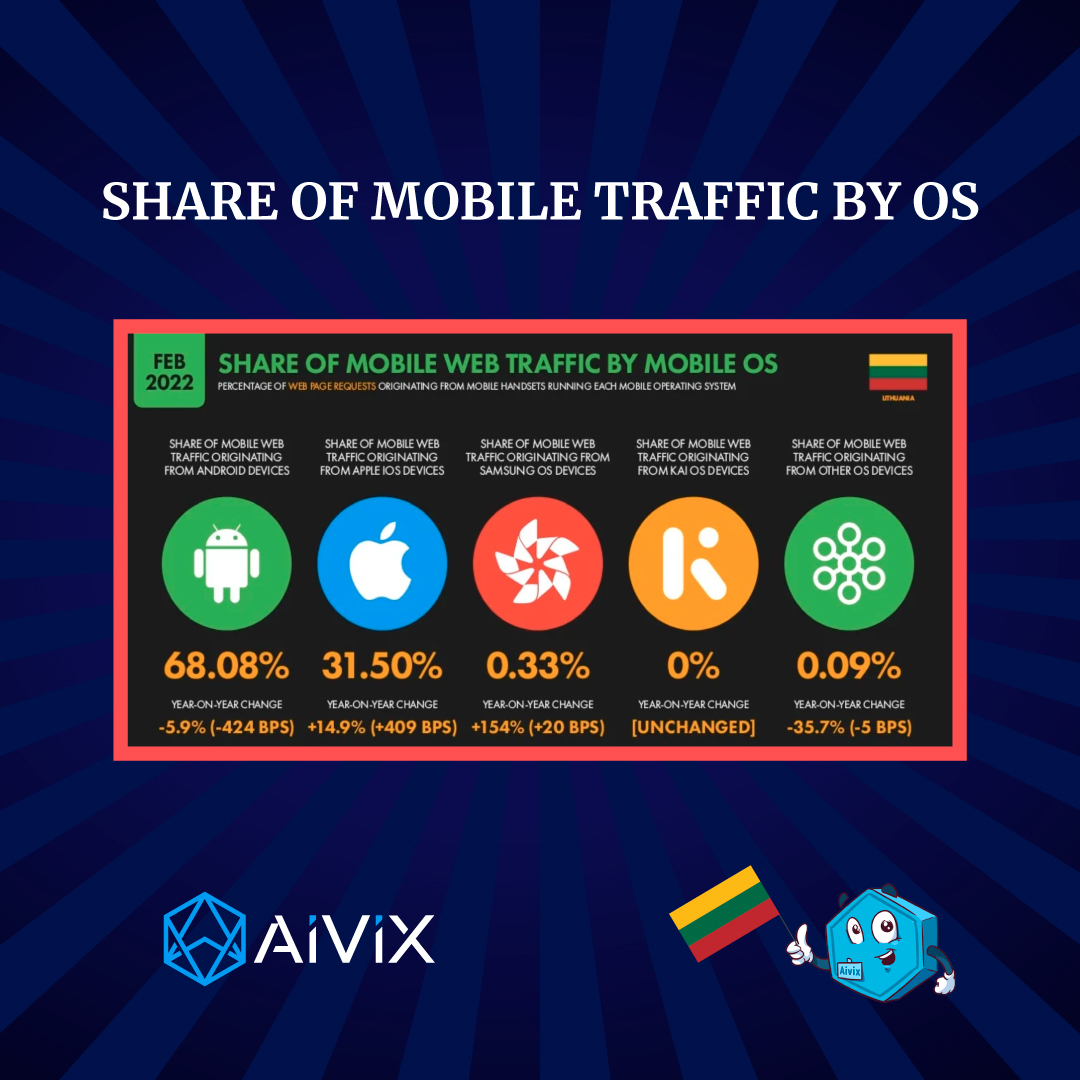 8. Working days and holidays in Lithuania

Lithuania has a slightly different list of non-working days and holidays.

Below are the main ones:

Like well-known and familiar the CIS countries, Lithuania also celebrates:

These days, Lithuanians usually don't go to work. There are also various local and religious holidays that can be celebrated locally but are not always days off.

Otherwise, the work schedule, as in any other country, varies from company to company. 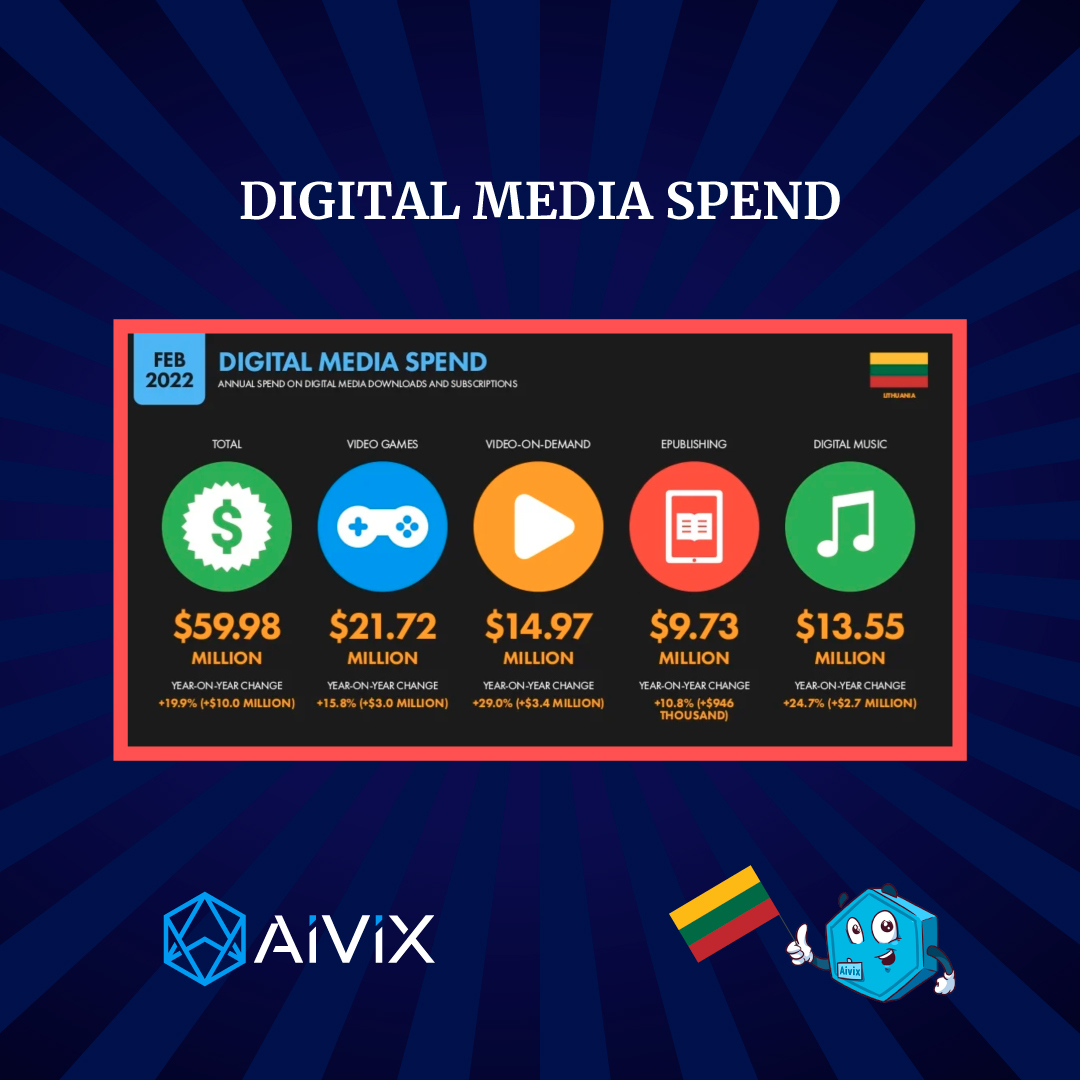 The mentality of the inhabitants of Lithuania is different from Russian, Belarusian, or Ukrainian. There are stories on the Web about pronounced Lithuanian Russophobia, but this term does not quite fit the situation that has developed among the Latvians themselves. Over the years, the frequency of using the Russian language has indeed decreased in favor of Lithuanian, but this is due more to the desire to strengthen the national culture than to annoy someone else's.

The Lithuanian population is quite heterogeneous and ethnically diverse, and immediately select a list of characteristic features for all. But there are a few features that should be noted:

1. Tact and respect for someone else's personal space. In this regard, the Lithuanians have a certain similarities with the Asian peoples. Public display of emotions is not accepted here, at the same time, in their own circle, representatives of this nation know how to have fun.

2. High level of awareness of national identity. Perhaps, among all the inhabitants of the Baltic States, Lithuanians can be called the biggest patriots - they love their country very much, are proud of its long and deep history, and do not tolerate encroachments on their sovereignty. They also do not like to be identified in the same pile as Latvians and Estonians and appreciate it when they are defined as separate people.

3. Some secretiveness, which can be confused with anger and hostility. Again, more often this is not associated with a negative attitude towards the interlocutor - there are simply more or less open nationalities, and Lithuanians belong to the second category.

Good news for crypto enthusiasts: cryptocurrency is legal in Lithuania, and the state policy in this regard is more loyal than in other European countries. The sector is regulated by the Financial Crime Investigation Service.

Since 2020, the authorities have introduced special licenses for those who want to legally work with cryptocurrencies as a business: permission to provide services for the exchange of digital assets and permission to provide services related to wallets and storage. A company that wants to work with cryptocurrencies in accordance with Lithuanian and European legislation undertakes to adhere to the AML / KYC policy. The industry is subject to taxation: the corporate tax for the investor is 15%.

By the way, the government itself also showed some interest in cryptocurrency technologies and in 2020 even announced its readiness to develop its own CBDC, a national digital asset. However, so far, no practical measures have been taken to implement such an idea.

Lithuania is a rapidly developing Europeanized country with a high standard of living. Despite the fact that its economy is inferior to the largest economies of the European Union, the country attracts numerous migrants from Russia, Belarus, and Ukraine - also because of the large diaspora and ease of adaptation in the Baltic countries. It is interesting not only for travelers but also for tourists: the oldest Republic with a rich history has something to show travelers.