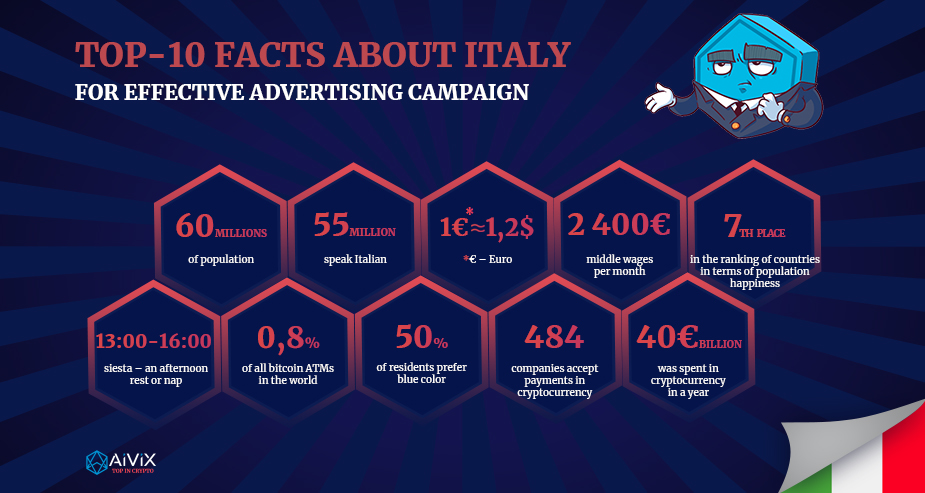 1. GEOGRAPHY AND POPULATION OF ITALY

The capital of Italy Rome was founded in 753 BC and considered one of the oldest cities in the world.
Territorially, Italy is washed by the seas from 3 sides at once - in the west Tyrrhenian and Ligurian, on the east side - the Adriatic, and on the south - the Ionian and Mediterranean. According to the data, the total area of Italy is 300 thousand square kilometers. And in terms of population, there are more than 60 million people at the beginning of 2021.
On the territory of Italy there are two mini-states - San Marino and the Vatican.
Time zone: UTC + 1 CET. Italy has 1 time zone, so all cities in the country have the same time. 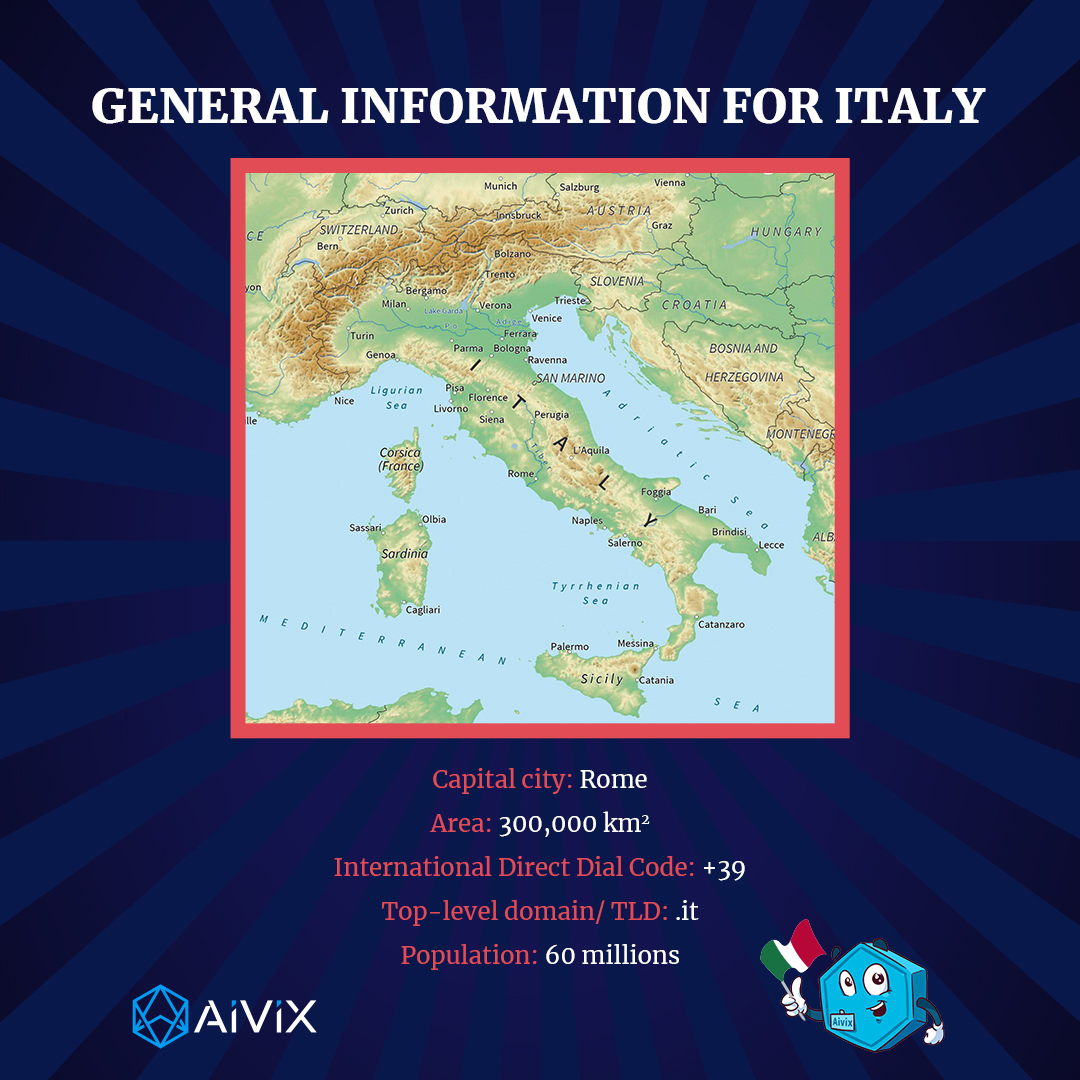 Italy is a country where the Italian is official spoken language. The dialect of Rome is Romanesco. Especially he is widespread in some parts of the city (for example, Trastevere, Testaccio) and also neighboring cities (Rieti, Latina). The dialect is close to the national language of communication and practically does not differ from it, so any person who speaks Italian will understand a Romanesco speaker.

• Lombardy dialects are spoken by over 10 million Italians

Italians are one of the most sociable nations in the world and also active on social media.
60% of Italians regularly visit Internet and follow active social life there. About 36 million people out of 60 million people use Internet.
Italians actively spend on average more than 4 hours in Internet from personal computers and laptops, more than 2 hours from tablets and mobile phones.

The most popular social applications for smartphones in Italy:

Italy takes 4th place in the ranking of economically developed countries of the European Union/ EU and 8th in the world in 2019-2020. The Italian economy is a post-industrial mixed model that continues to develop actively.

1. Italy's GDP is estimated at about $30,000 per year per person, which is considered a high indicator. GDP per capita continues to grow.
2. In 2019 the service sector market employed 61% of the country's population. However, industry in Italy remains the leading area of economic development.
3. The Italian unemployed receive from the state only about €900 during 8 months.

In terms of salaries, Italy is in 12th place among the eurozone countries and 28th in the world.

7. WORKING DAYS AND HOLIDAYS IN ITALY

In fact, the number of Italian holidays is difficult to imagine, even the residents don’t know the exact number. After all, you need to count the numerous carnivals and festivals, fairs, wine tastings and even football matches. All these events in Italy turn into real festivities with fireworks, folk festivals, and unique traditions.

In Italy Easter widely celebrated as a family holiday.

Italians have a pretty interesting daily routine. They get up at 6am and go to a cafe for breakfast at about 7am. There they meet with friends, neighbors, etc. after that they slowly go to work by 10 am. At 13:30 there is already lunch, and after it a siesta (in European countries, siesta is a day break during the hottest days from 13:00 to 16:00). The rest of the working day from 16:00 to 19:30 passes quickly, and all Italians go to cafes, restaurants, theaters, or just for an evening walk.

The first thing that catches your eye is Italian sociability. Yes, they are mostly very positive and happy people.
Italians quickly stay closer in communication with other people.
Such benevolence, friendliness and ease of communication makes Italians very pleasant and cheerful people. The Italians' mentality reflects primarily their sociality. The social circle is always very wide, they communicate as much as possible and often like to meet new people. Italians prefer not only communication by phone, but also spend time with colleagues on dinners, picnic trips by companies. They are very outgoing and funny.
Italians work for their pleasure. And if work takes away the pleasure of life, then they leave it. A full-time job for an Italian is considered very hard work. Moreover, all Italians work under long-term contracts.
Italians are pretty honest in business such as money or quality. Pride and dignity come first here.
In Italy words are very important. If you were promised a discount or special prices in words without any agreement, then nobody won’t forget about it.
Italy takes 30th place in in the World Happiness Index. Italy takes 31st place in the world prosperity ranking. 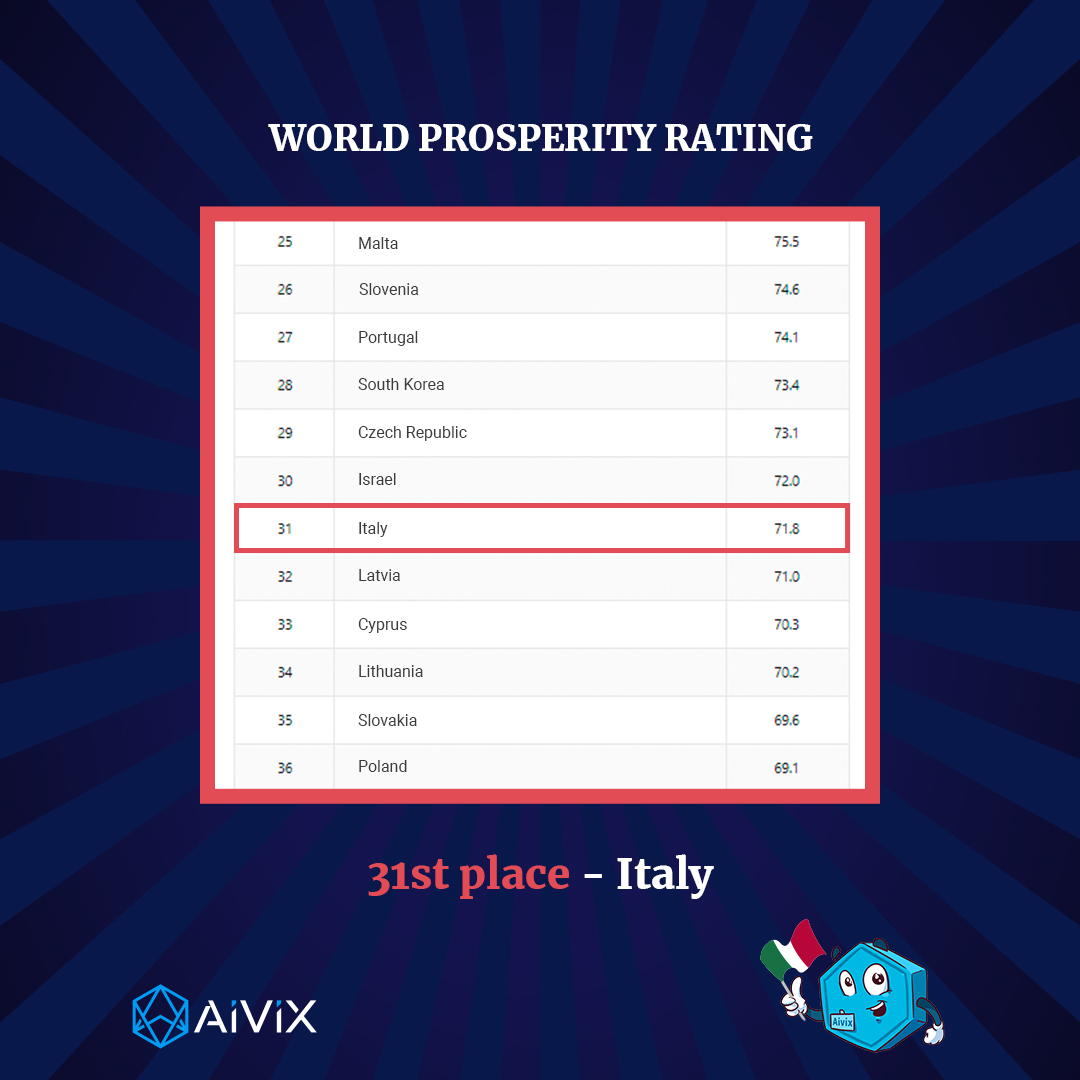 Italy is a country of fashion and brands, so advertising here is one of the main aspects of promoting various companies. Advertising in Italy is distinguished by its rich colors and colorful compositions.
Basic Principles Governing Advertising Ethics:
• Italians make layouts very neat, simple and straightforward, without unnecessary details;
• globally approach the idea and essence of communication, devoting only a little time to details;
• Emphasized carelessness (especially in the illustrations) looks thoughtful and creates a friendly atmosphere.

In advertising, Italians prefer a combination of classic, neutral colors with shades of light blue or blue.
White, black, beige and blue are popular colors. The favorite color of Italians is blue. 50% of surveyed people prefer dark blue color. 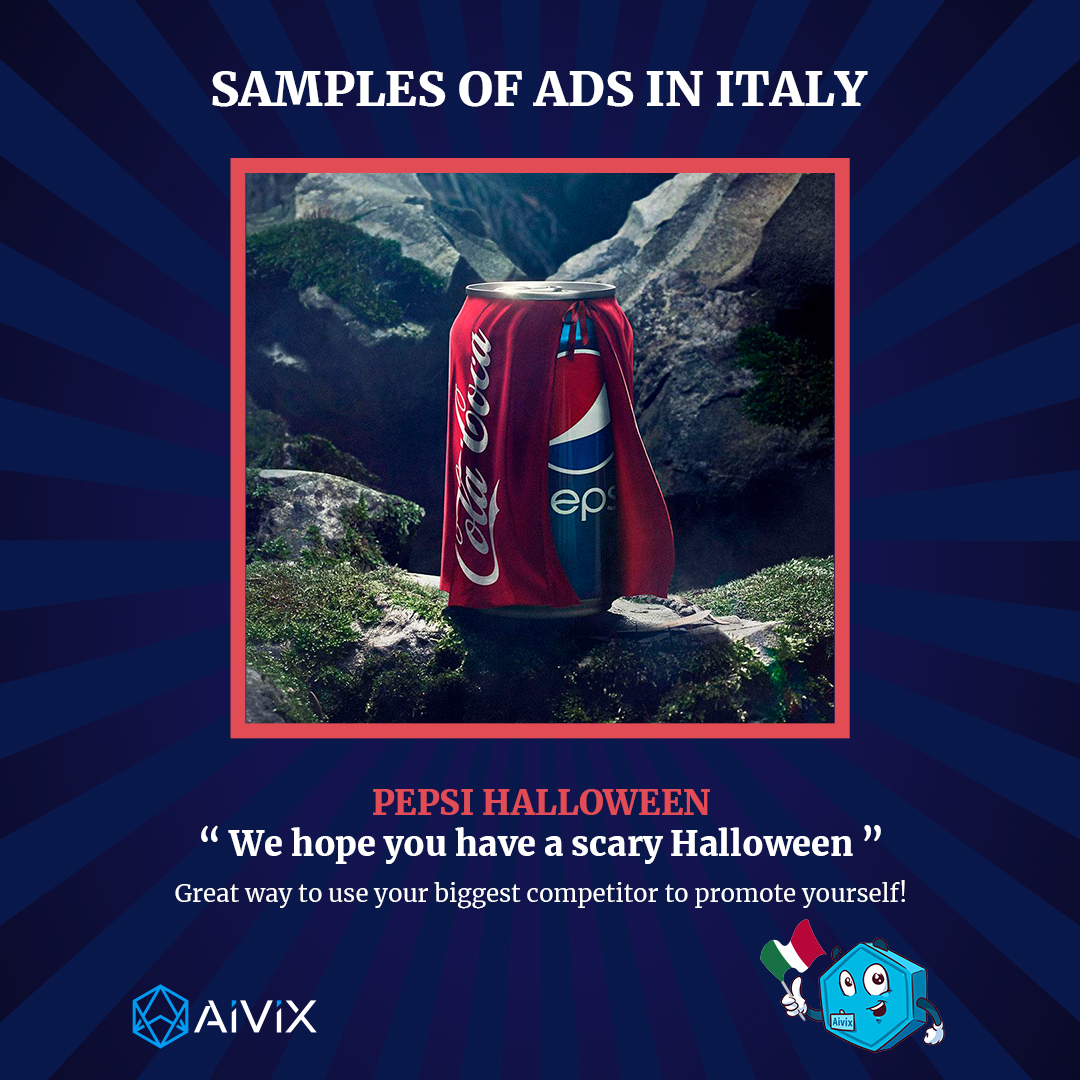 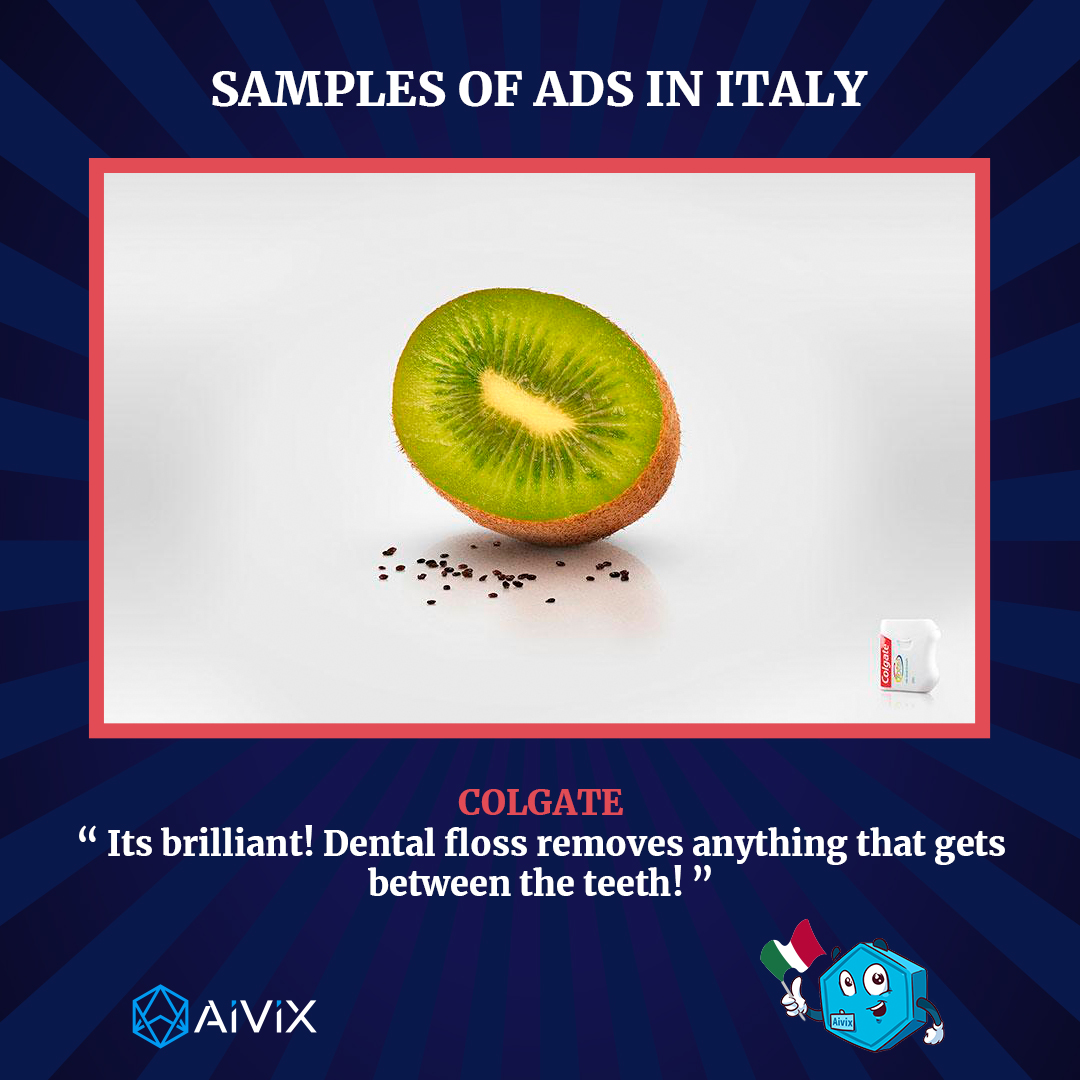 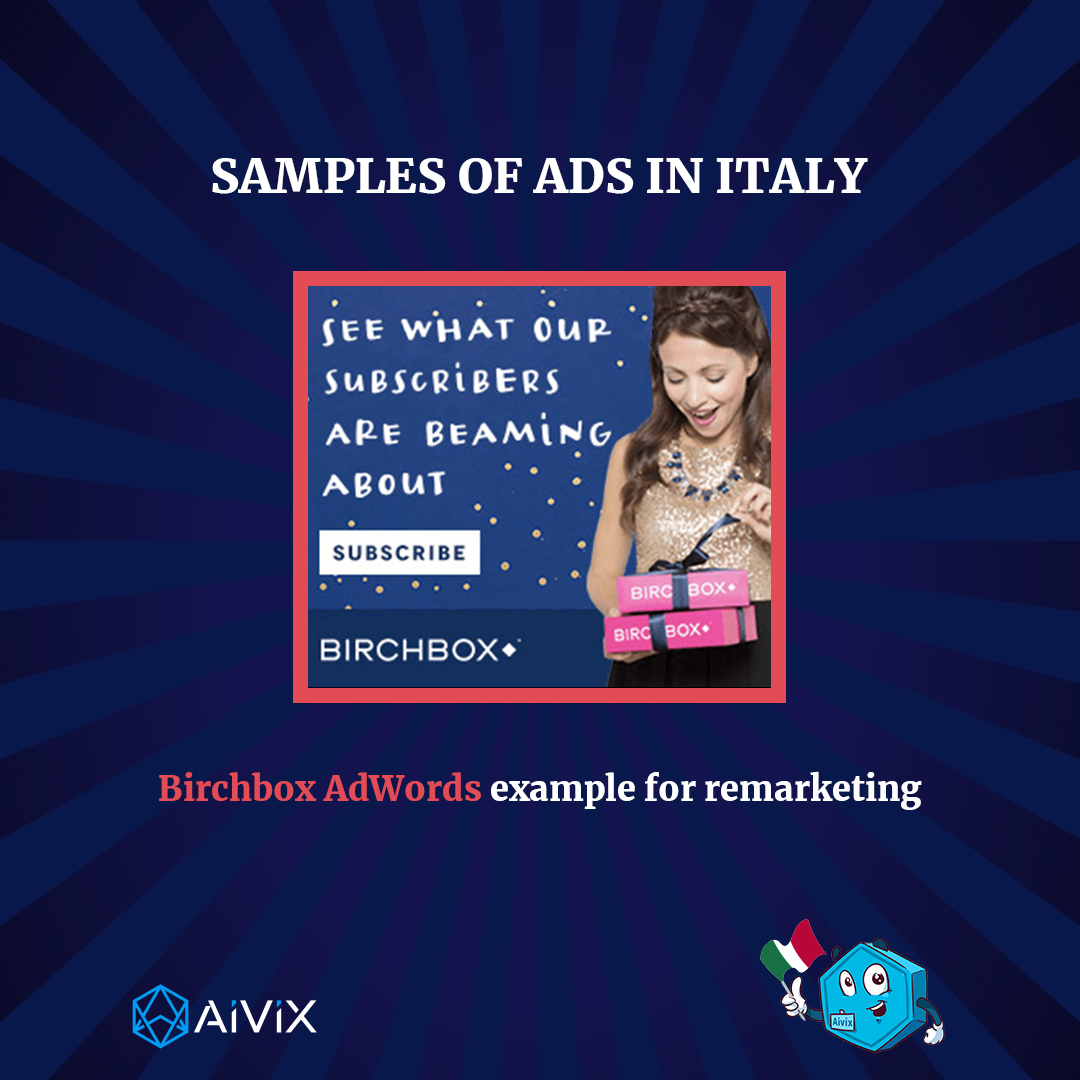 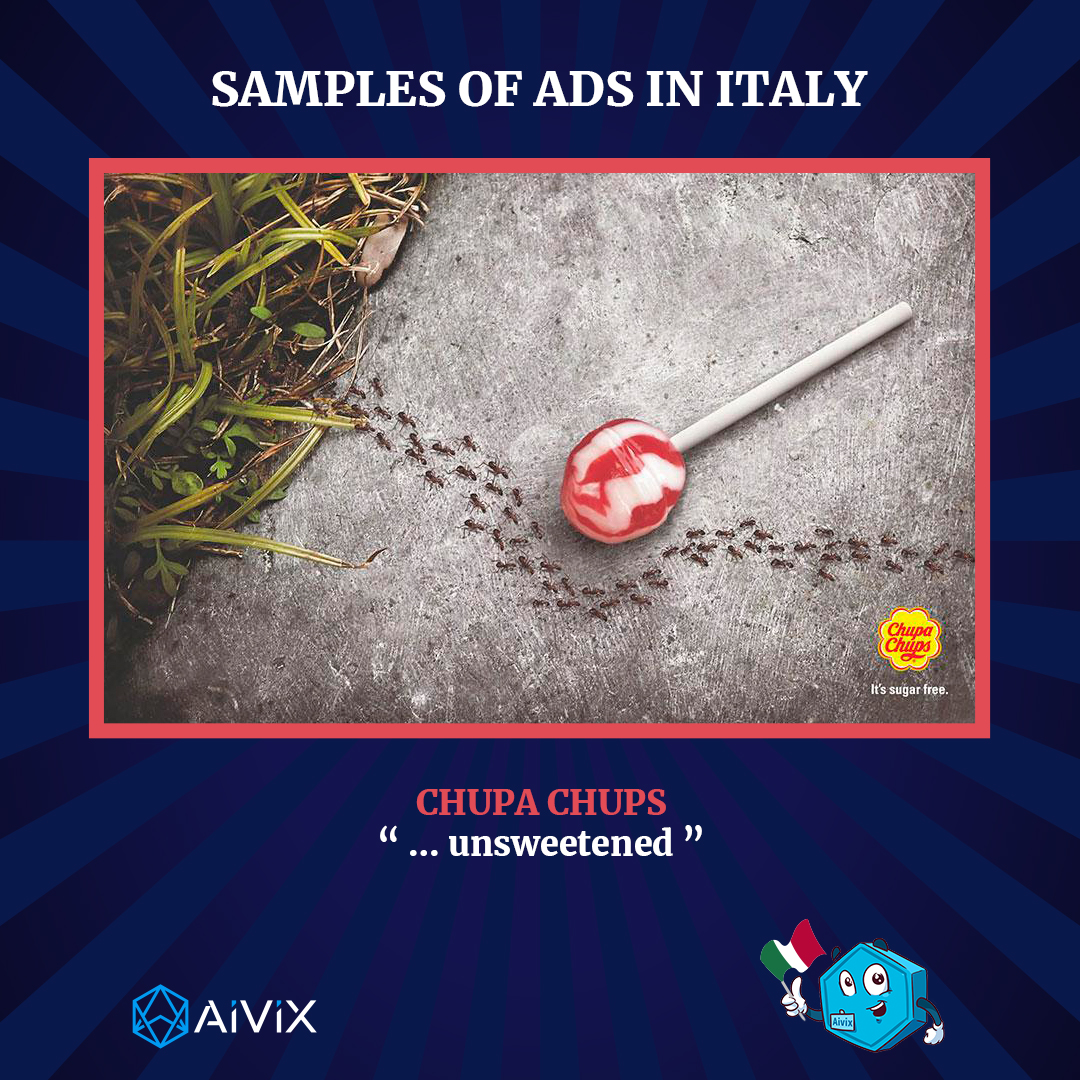 Despite the fact that Italy has one of the largest economies in the world, in recent years the country has been facing serious problems. Italians who have always used cash are now looking for alternatives in the form of digital currencies.

More than 350 foodservice and retail firms in Northern Italy are already using bitcoins and other cryptocurrencies.

As of November 2019, 270 merchants and 214 service providers across Italy accepted payments in bitcoins and other cryptocurrencies. Italy also accounts for 0.8% of all Bitcoin ATMs in the world.

It is also interesting that in Trentino-Alto Adige, there are 10 shops or companies that accept digital currencies for every 100,000 residents of the region.

In 2018, Italians spent €40 billion worth of cryptocurrencies, and this is a serious indicator that alternative payment methods are gradually entering the life of this European state.

Glad to be helpful, your Aivix💙