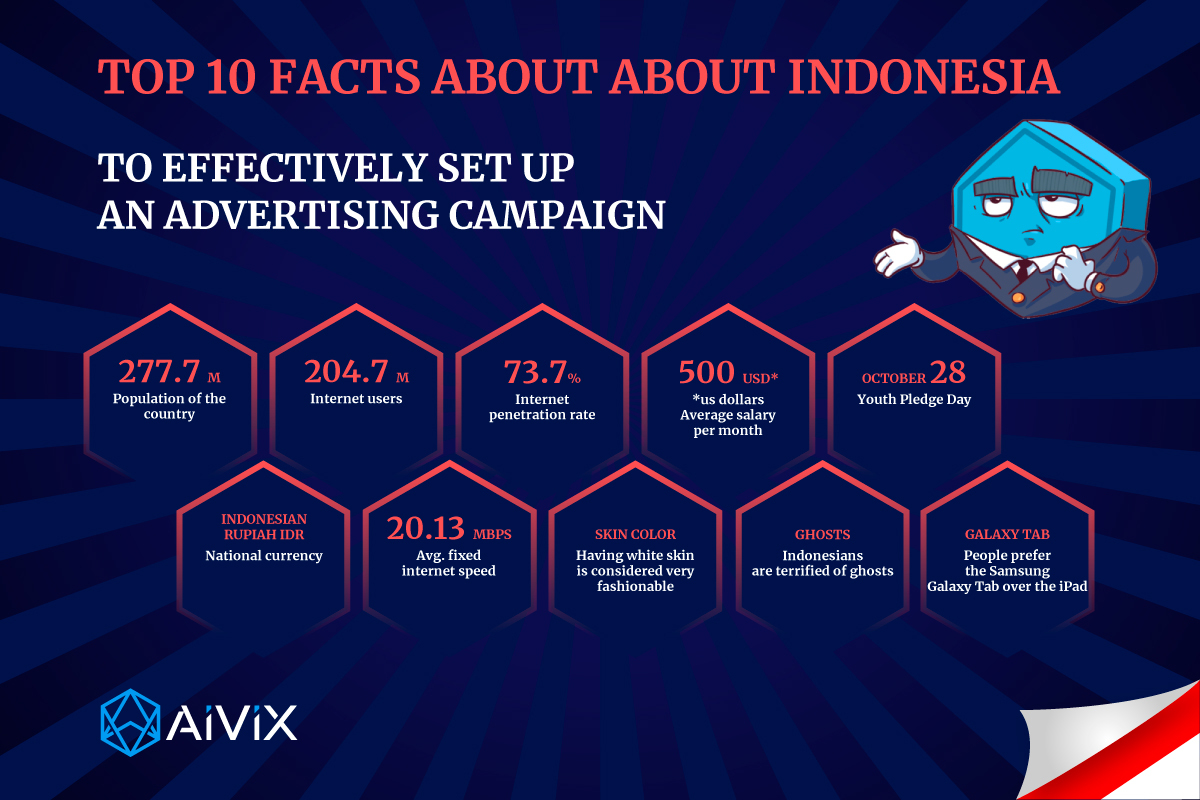 The Indonesian archipelago is a popular tourist region. Despite the fact that the country does not belong to the category of the most developed and economically stable, its history goes back to ancient times. The local original culture and religious life are largely formed under the influence of India, Buddhism, and also Islam. The European colonialists also contributed, not only to culture but also to the formation of the local Indonesian language.

The country gained independence after World War II, having survived the Japanese occupation. Today it is a democratic state, gradually improving business in the economy, education, medicine, and social life.

1. Geography and population of Indonesia

Geographically, Indonesia is made up of about 3,000 islands and is the largest archipelago in the world. It stretches for almost 5,000 km between Southeast Asia and Oceania, marking the conditional border between the Pacific and Indian Oceans.

Structurally, the archipelago is a continuation of the great mountain ranges of Southeast Asia, rejoining in the east with the partially submerged ranges that delimit the continent from the Pacific Ocean and end in the Aleutian Islands. From this huge garland of islands very elongated in a west-east direction, which extends from Sumatra to New Guinea, the massive island of Borneo is distinctly separated.

The more or less direct effect of maritime air masses and the vast extent of the island arc determine significant climatic differences between different regions. In general, Indonesia's climate is predominantly equatorial, with high temperatures throughout the year (25-27 ºC), and heavy rainfall (average 1800 mm per year). The alternation of the dry season (June-October) and the rainy season (November-May) is also characteristic, with especially heavy precipitation in February.

It is worth noting the unique flora and fauna in the archipelago. Sufficiently picturesque nature and beaches are popular among tourists: surfing and diving are common, which also attracts visitors from around the world.

The state also leads among countries in terms of population density. In 2022, about 279 million people live on its territory, that is, about 146 per km2. 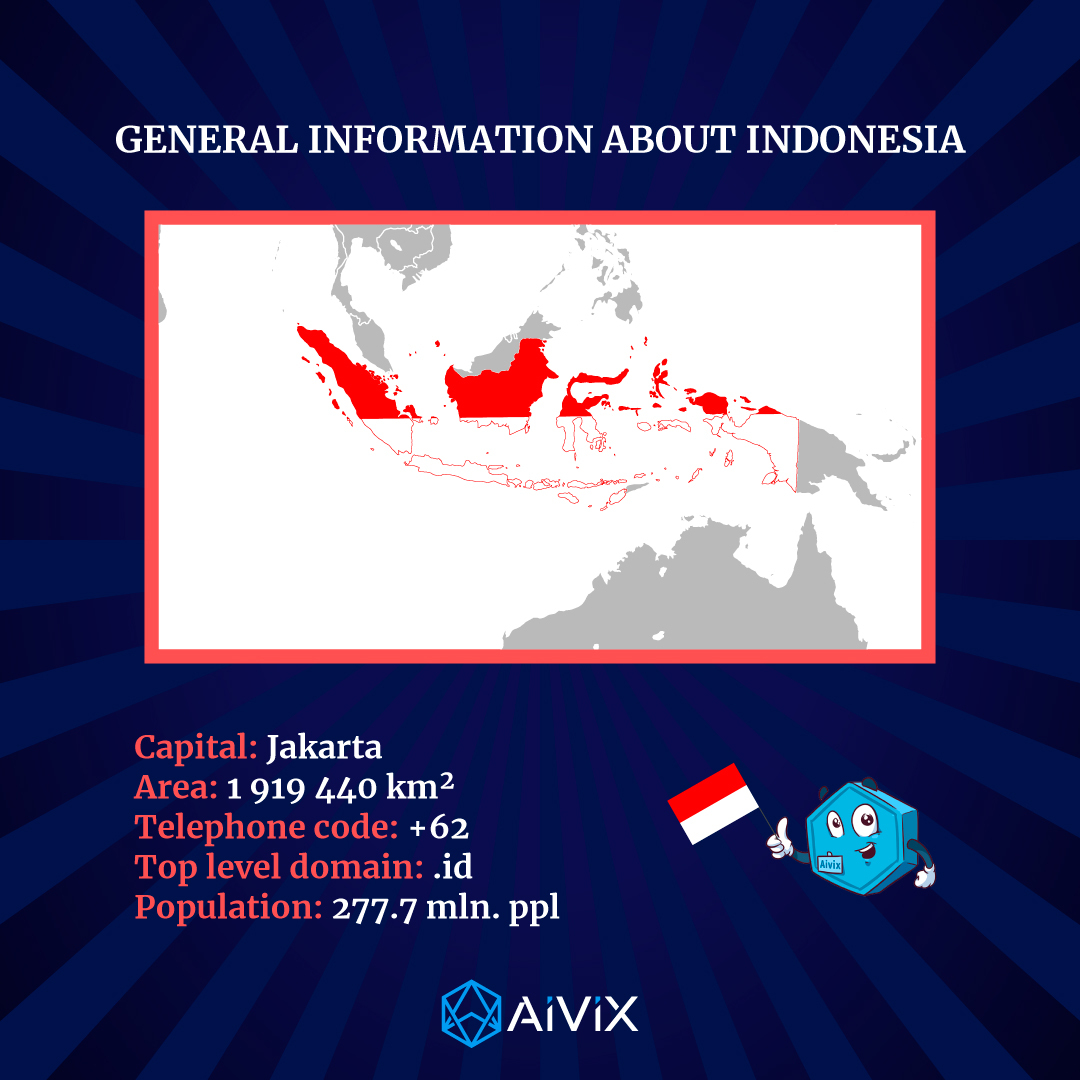 The official language of Indonesia is Indonesian. However, numerous dialects and dialects are used throughout the country, as well as other languages of the Austronesian group. These include Javanese, Sundanese, Madurese, and many others.

English is not uniformly spoken, but in some regions, the local population speaks it well.

At the official level, the Indonesian rupiah is quoted in the country.

Unfortunately, there are big internet problems in Indonesia. In this country, its development and widespread implementation are much slower than in the rest of the world, even when it comes to hotels. There are some difficulties with finding Wi-Fi points.

Things are a little better with mobile operators: in large cities and especially tourist places, there is excellent coverage, and you can purchase both a local and a tourist SIM card. The best rates are offered by large service providers such as Indosat and Telkomsel: 15-20 GB per month will cost an average of 50,000 rupees - that is, about $4.

When buying a tariff plan, you should pay attention not to the price, but to the number of days. Profitable offers for 7.000-9.000 are most often expected for only 2-3 days. 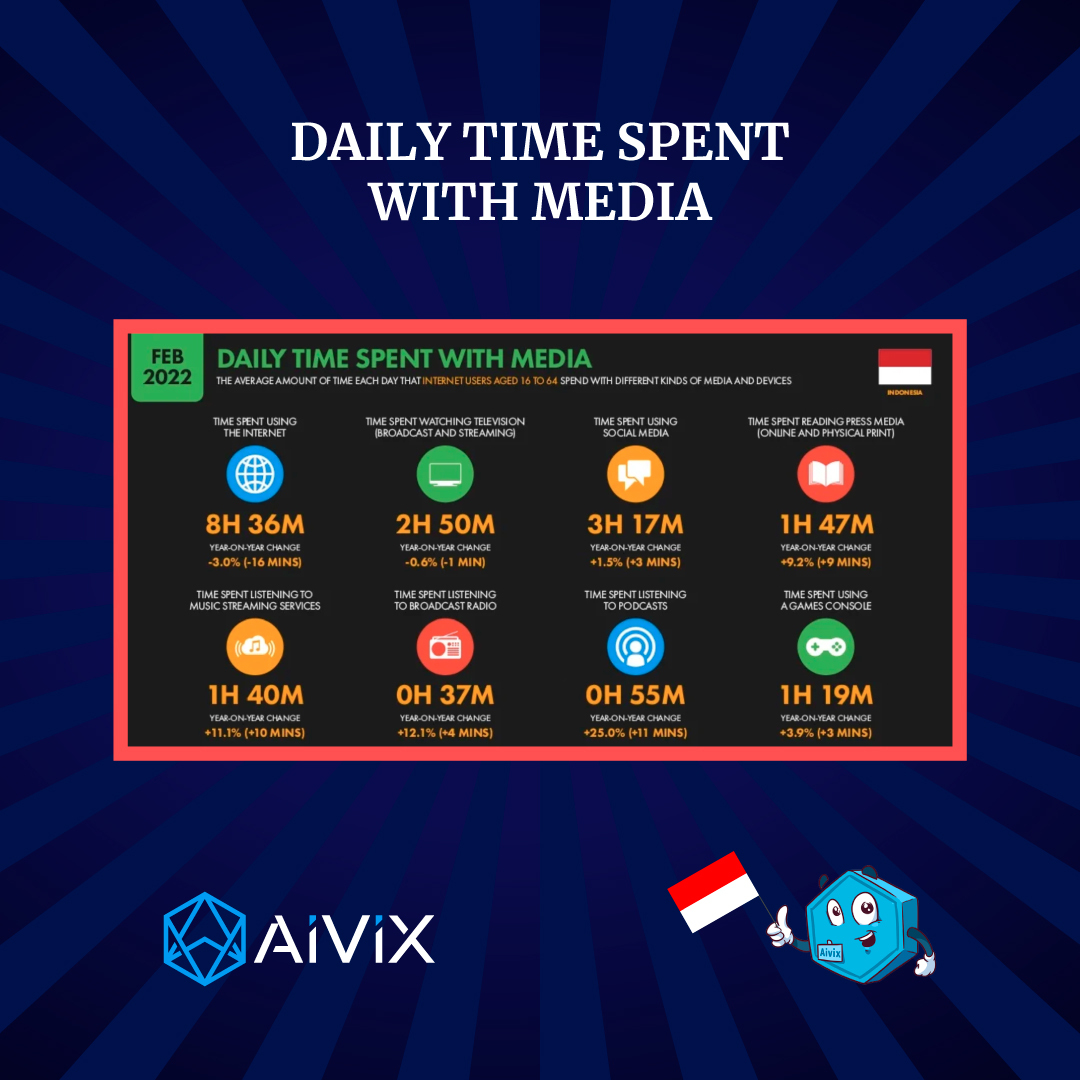 The Indonesian economy cannot be called the most developed in the world, but economists consider it one of the most promising. GDP in 2020 was about $1 trillion: the largest share is in the agricultural sector.

About 40% of the population is employed in agriculture. Indonesia grows rice and corn, and also sells tropical fruits to other countries: coconuts and bananas. Leads in the cultivation of cocoa, sugar cane, tea and coffee, tobacco, and some spices (in particular, pepper and cloves).

The geographical features and hydrography of the country have historically cemented fishing as an important sector of the economy. Tuna, shrimp, sardines, and mackerel are exported. Some types of fish have grown artificially for sale: for example, carp.

Indonesian industry was hit hard by the crisis of the late 1990s but recovered in the years that followed. There are oil and gas fields on the country's territory, as well as enterprises in the oil-producing and oil refining industries. A significant share falls on the food and chemical sectors, the rest, although represented, are poorly developed with minimal involvement of the local population.

In 2022 Indonesia has about 7% of the unemployed population. A foreigner can work only after full legalization: otherwise, he faces a fine or even imprisonment.

Salaries leave much to be desired, and their size depends on the region. In some areas, the minimum income is about 2 million Indonesian rupiahs, that is, about $136.

The average salary, in this case, is about 8-9 million Indonesian rupiah, that is, about $500-$600, making the country not the best place in terms of labor migration. Service personnel receives especially little: the rate of waiters and hotel workers averages only about $300. Sellers in shops, taxi drivers, as well as teachers in schools, and kindergarten teachers receive a little.

Representatives of qualified professions can apply for a good salary: doctors, lawyers, and IT workers. Major cities such as Jakarta, Medan, and Surabaya offer the highest salaries. However, it will not be easy to get a job in such a position, especially for a visitor.

Like salaries, prices in Indonesia vary from region to region. It is expensive to live in popular tourist regions - for example, Bali. The cost of rent here is quite high. On the unknown islands, the situation is better.

The cost of daily rental housing averages up to $20. In large cities, long-term rental of small apartments will cost an average of $400-$500, but you can find more affordable options.

Unlike housing, food prices in Indonesia are low, even by the standards of local wages. Breakfast or lunch in an institution for locals will cost no more than $ 2 per person. A dozen eggs cost about $1 on average, as does milk. A kilogram of rice is $0.6-$0.7. Cheaper to go shopping at local markets. 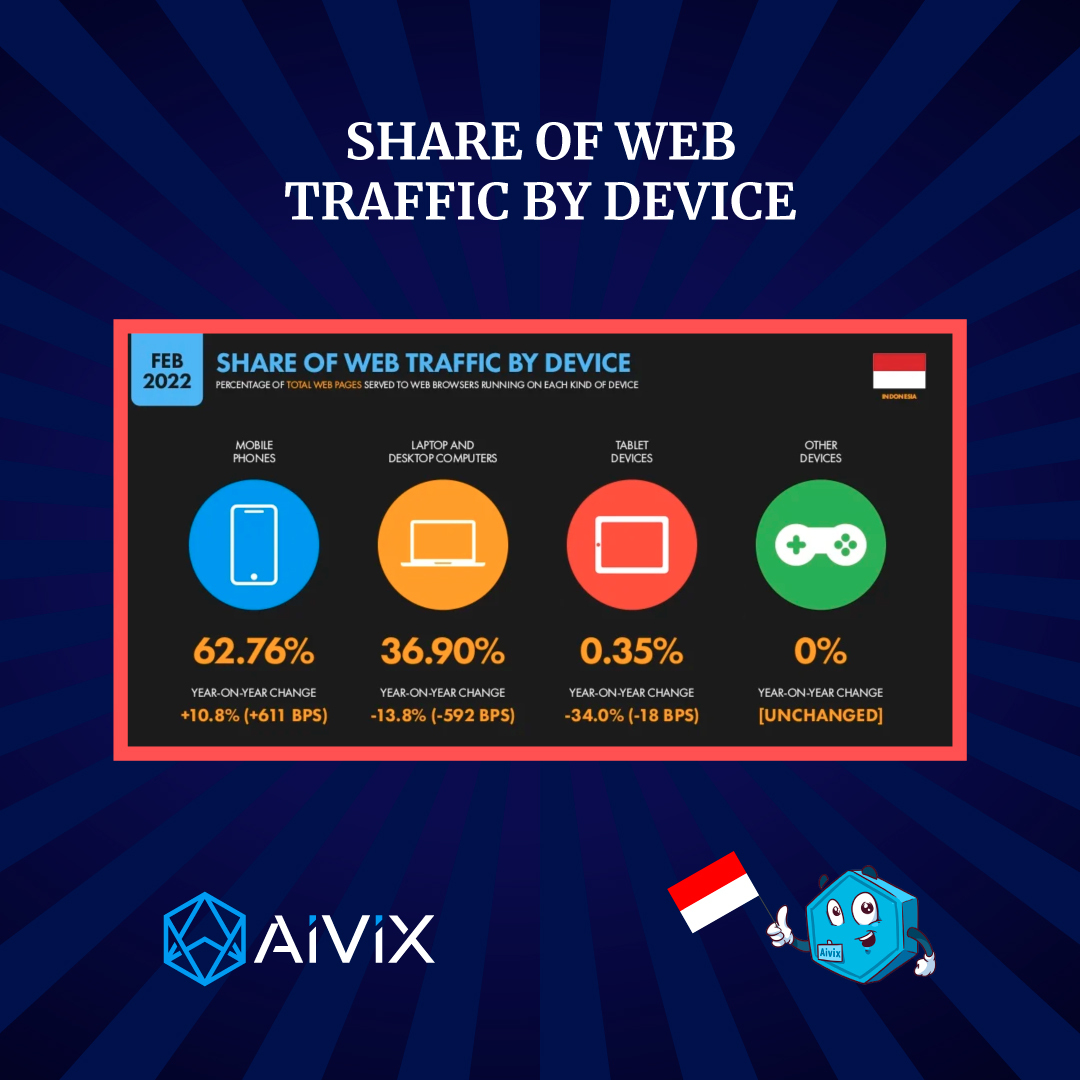 The healthcare system in Indonesia is underdeveloped and heterogeneous. The local population does not always have access to drinking water, and quality service - especially in small settlements. Because of this, outbreaks of infectious diseases occur on some islands, which have long been forgotten in European countries: example, typhoid fever, and malaria.

With medicine in large cities, things are somewhat better. The local population may use health insurance to cover expensive services.

For locals, compulsory 12-year education is provided, which is divided into primary, secondary, and high school. High school is attended by only half of the population of the corresponding age. There are also several dozen schools.

There is even less involvement in higher education, although there are professional and higher institutions in the country. Among foreigners, they are not popular due to the low prestige compared to European universities, although the cost of education in Indonesia is naturally lower. The largest universities from visitors are mostly Malaysians. 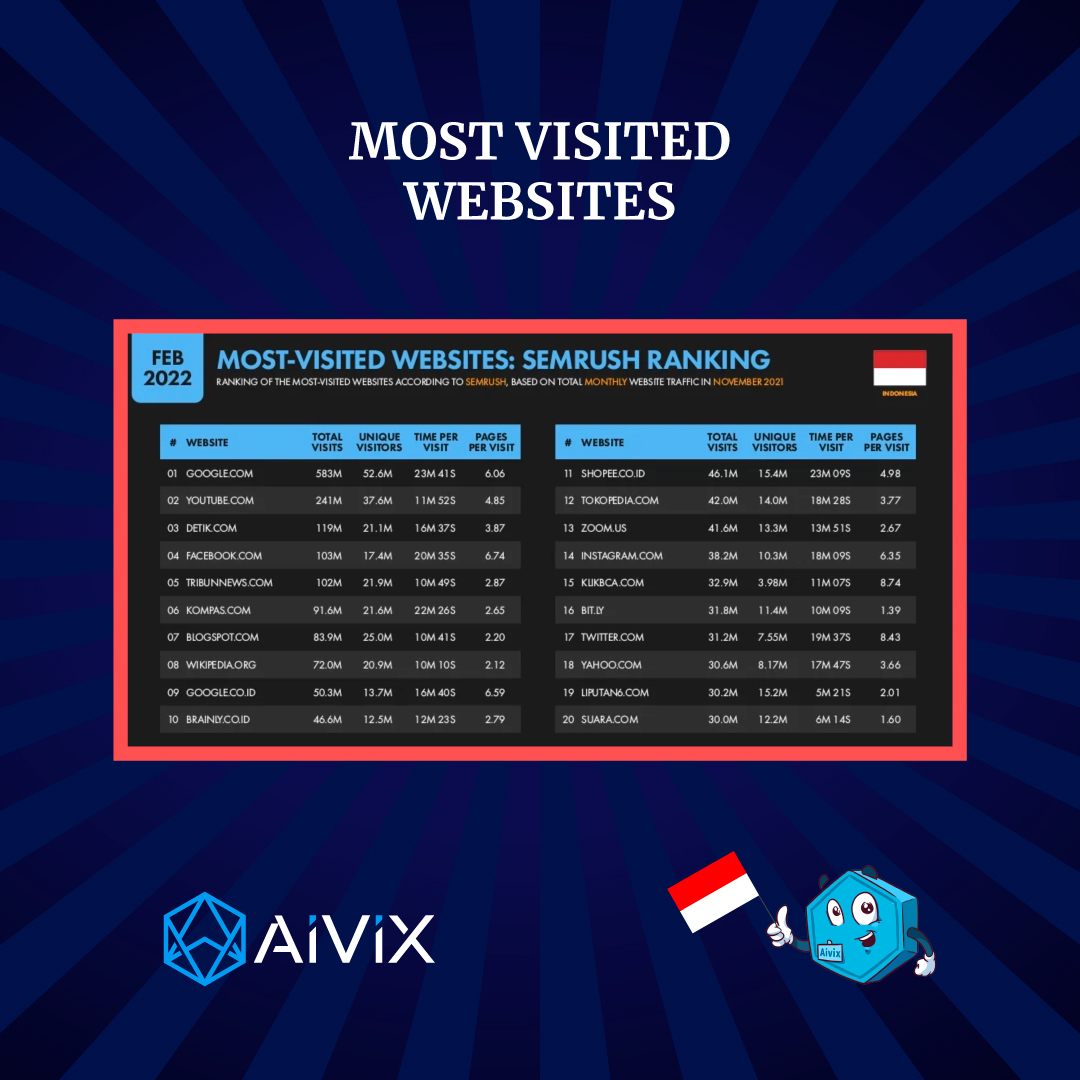 Among the secular public holidays that fall on weekends, we can note:

Religious, including Muslim holidays, are also celebrated. These are the Holy month of Ramadan, the Muslim New Year, and the dates associated with the Prophet Mohammed. Do not forget about some local dates, depending on local beliefs and traditions. The population is quite religious, and religious life often has more weight than everyday aspects: on some days, all business can stop, even if they are not officially considered days off.

The local Indonesian population has an entirely different mentality compared to the classical European. In some aspects, it can be compared with Italian: life for pleasure, slowness, to some extent optional, which often affects the quality of local service. Many visitors who have lived in the archipelago for some time note the habit of Indonesians not to keep promises if this does not bring them some benefit.

In tourist places, you can encounter persistent attention from sellers and those who offer their services.

It is also worth noting the peculiarities of the behavior of Indonesians on the roads. The transport system of the country is rather poorly developed, traffic is chaotic to dangerous: traffic rules are practically not observed, and free driving is preferred.

However, in general, the local population can be called friendly both to each other and to foreigners. Indonesians are friendly, easy to talk to, and treat people with respect in their own way. 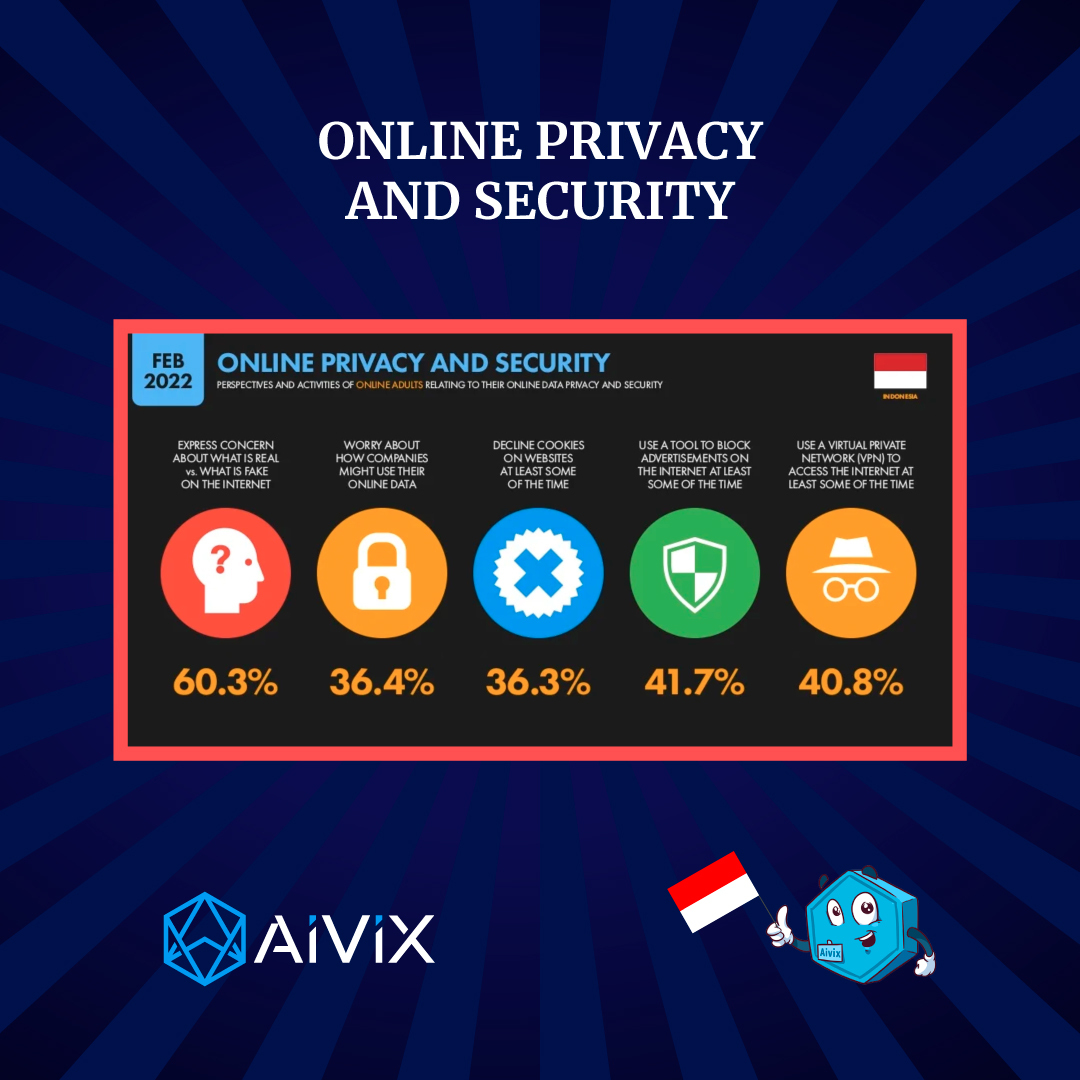 Unfortunately, the Indonesian government treats cryptocurrencies quite badly. As of 2022, digital assets are virtually banned in the country: financial institutions do not have the right to buy and sell them and facilitate these transactions.

Accordingly, entrepreneurs cannot obtain a license to carry out cryptocurrency activities in this jurisdiction and open a business: for example, an exchanger or an exchange. Also, you cannot use bitcoin or other assets to pay for goods or services in stores, restaurants, and other establishments.

At the same time, the government is considering launching its own fully regulated trading platform.

Despite the ban on legal entities, the local population still takes part in the development of the sector. And in recent years, the share of this participation has been growing: in the past 2021, the total trading volume among Indonesians amounted to about $60 billion.

Indonesia is interesting to Europeans primarily as a tourist area. Islands such as Bali or Java are rightfully considered paradises and attract hundreds of thousands of visitors every year.

As for permanent residence, before moving, you should carefully consider choosing the best city or island: study the state of medicine and the choice of real estate, the availability of other familiar social benefits. Also, take care of your work. This option is often chosen for the so-called wintering in the presence of a remote source of income.