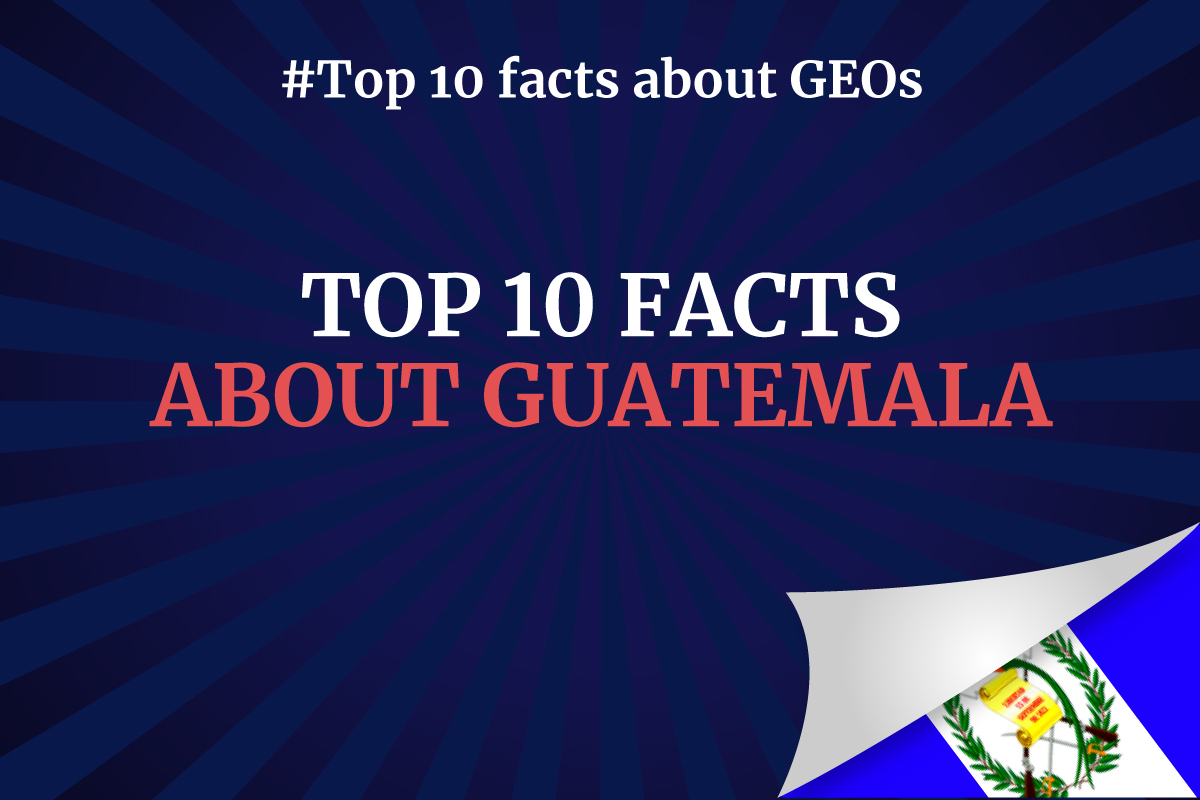 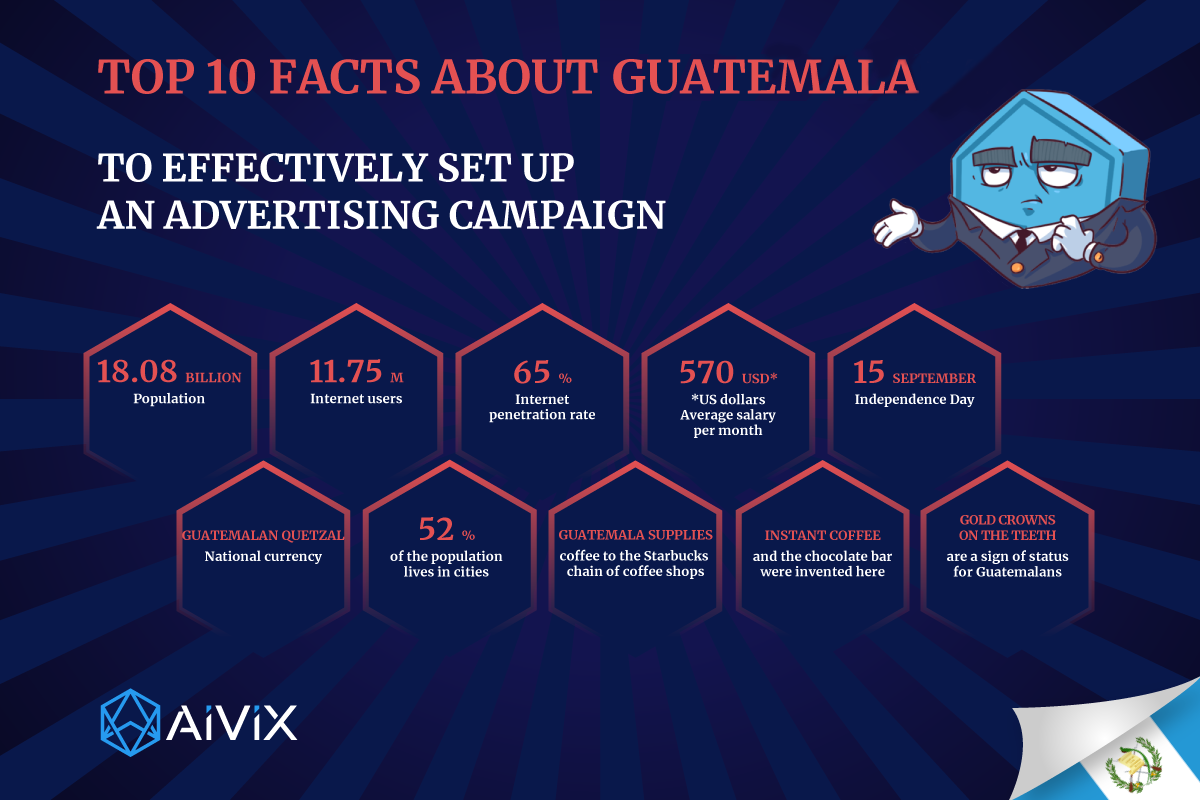 Guatemala is a republic in Central America where 60% of the indigenous population is of Mayan origin. The highland region, the most memorable in Guatemala, is distinguished by its pictures nature: numerous lakes, jungles and mountain ranges are an integral part of it.

There are more than 30 protected areas in Guatemala, including national parks and biosphere reserves, which often include Mayan archaeological sites.

The official language of Guatemala is Spanish, which is used by most of the population. It is not uncommon for locals to speak one of the 22 indigenous languages dating back to the Maya, such as Quiche, Kaqchikel, or Hinka.

Christianity is predominant in Guatemala, however, in many areas there is religious syncretism, which is the fusion of ancient pre-Columbian rituals with the Catholic faith.

Guatemala is in the GMT -6 time zone: the difference with Moscow in winter is 9 hours, with Kiev - 8 hours. 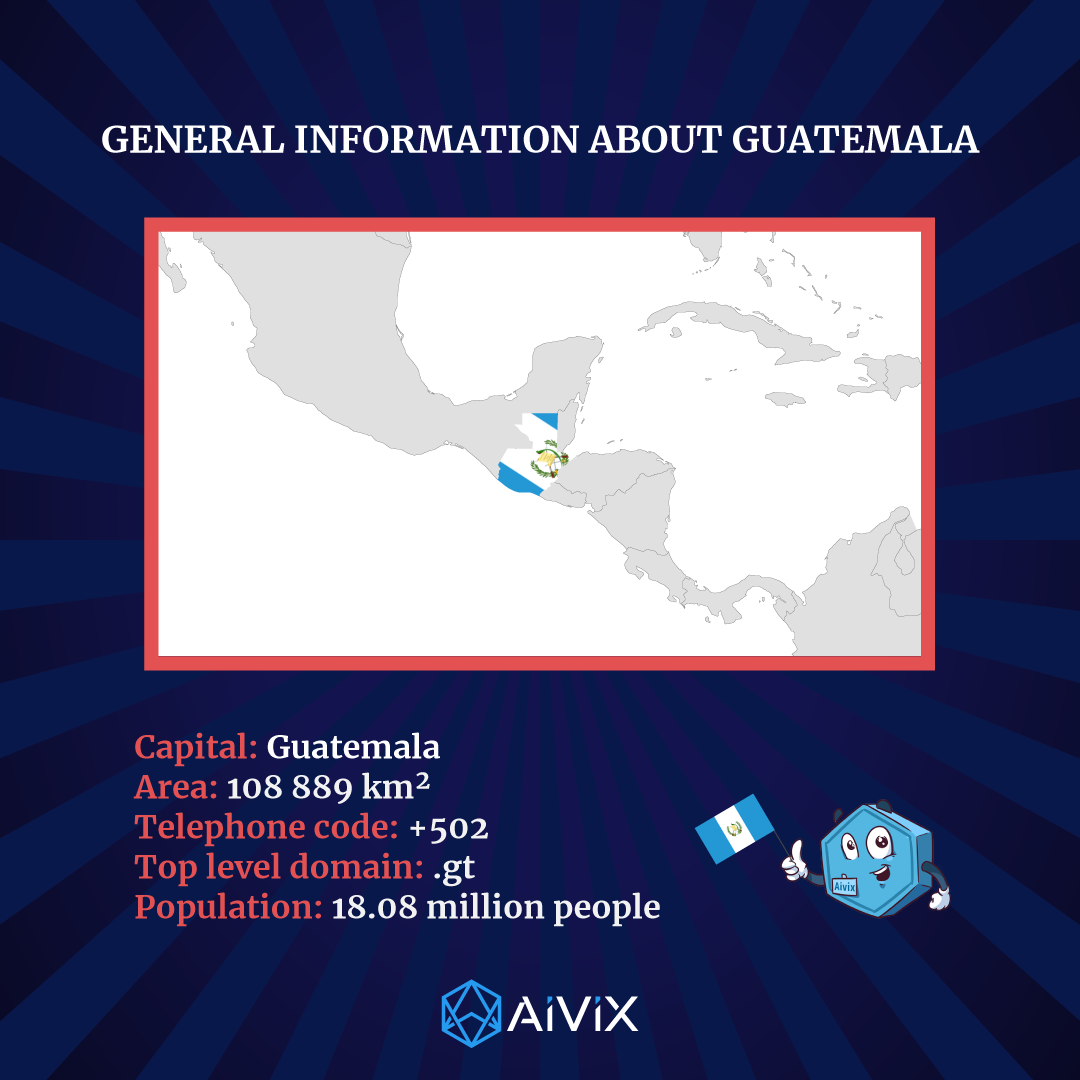 A tropical climate prevails in Guatemala, warm throughout the year on the plains of the Republic, milder or cooler depending on the region, proximity to the mountains or the sea.

Geographically, the country is divided into three parts: in the north - an almost completely flat area, where there is also a short stretch of coast overlooking the Gulf of Honduras (Caribbean Sea); a vast mountainous area in the center, where the capital is located; and finally, in the south, a thin flat strip between the mountains and the Pacific coast.

Between December and March, Guatemala receives a stream of cool air from the United States, and in these cases, at night, the temperature in the country can drop below 10 degrees in Guatemala City and about 13-15 degrees in the plains.

In the central part, where mountains and plateaus predominate, rains from December to April are scarce, as in the south, but the temperature varies depending on the height. During the rainy season, precipitation is usually heavy, but can be moderate - depending on the terrain.

The capital, Guatemala City, is located in the Guatemalan highlands, at an altitude of 1,500 meters above sea level, and enjoys a spring climate all year round, with daytime temperatures typically ranging from 23 degrees in November and December to 28 degrees in April. Extreme heat is quite rare, although from February to May the temperature can exceed 30 degrees. At night the temperature is cool, sometimes significant. The city is quite windy.

From the point of view of tourist trips, the seasons in Guatemala are conditionally divided into the rainy season (May-October) and the dry season without precipitation. The republic is a region of volcanic activity, hurricanes and other natural disasters periodically occur.

The official currency of Guatemala is the Quetzal. Among the most common foreign currencies is the US dollar: it can not only be exchanged at the relevant points, but also used for purchases.

Like most countries in Central America, Guatemala does not have a developed economy. It is based on agriculture, which employs the vast majority of the population: for example, coffee and cotton are grown, which are subsequently exported. Some metals (antimony, gold) are also mined.

The national unemployment rate at the end of 2019 was 2%. Despite the moderate numbers, a significant part of the local population is below the poverty line, and it will most likely be difficult for a long-term visitor to find a well-paid job - even qualified specialists rarely receive more than 1000 USD. 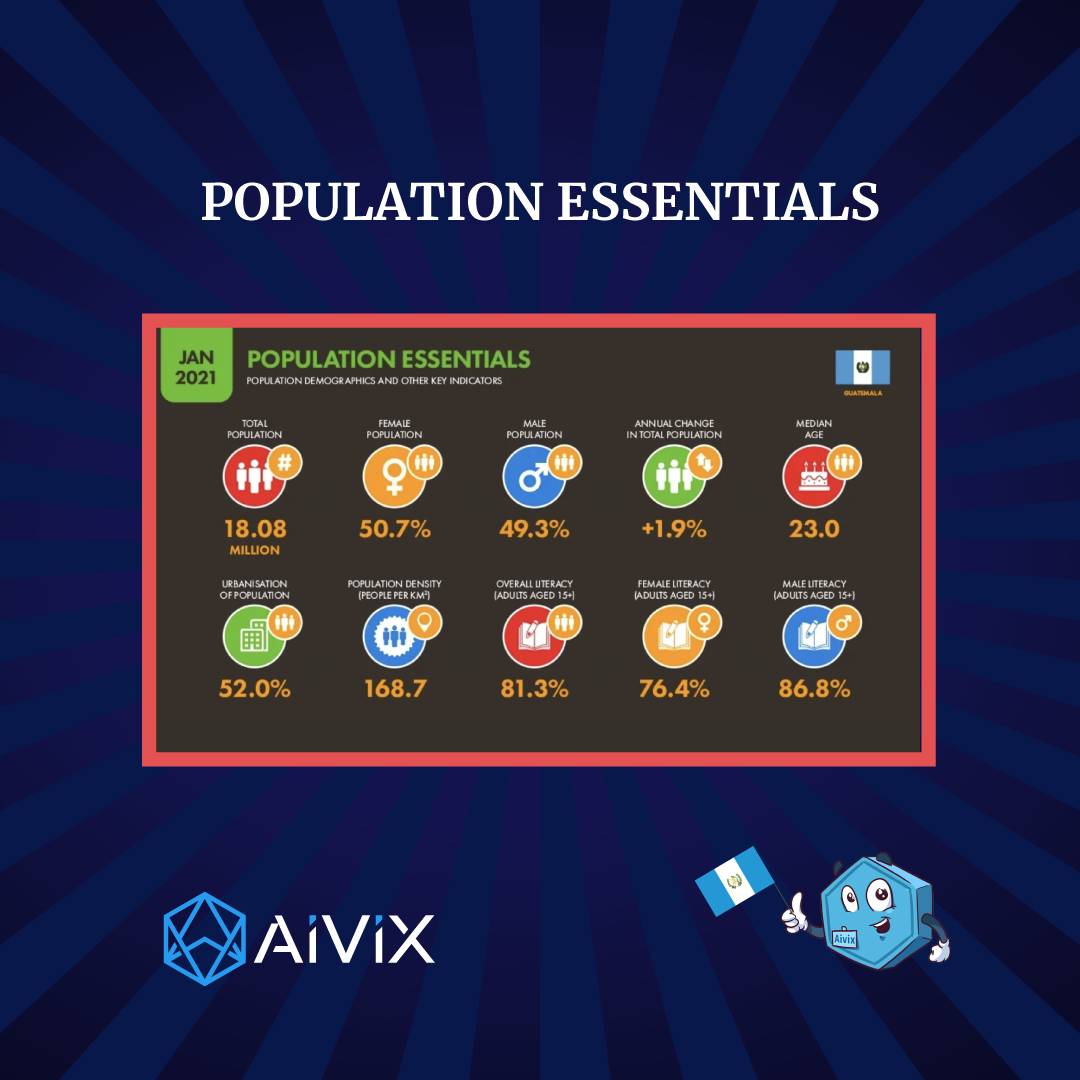 Guatemala has a network of public hospitals and private pharmacies, but medicine is poorly developed. Help is provided by volunteers, including those from Russia: in humanitarian institutions, rural residents can receive the necessary treatment and drugs, even for free.

The health status of the local population is poor due to living conditions and poverty: tourists are advised to visit the country with a supply of essential medicines such as antihistamines, antibiotics and anti-inflammatory drugs.

It is advisable not to eat undercooked foods and drink only bottled water. It is recommended that you take out travel insurance before travelling, which can cover any emergency repatriation costs. No mandatory vaccinations are required, but vaccinations for hepatitis A and B, cholera, malaria, and smallpox are recommended.

The real estate market is most developed in the capital of Guatemala. Relatively cheap (compared to European) apartments are put up for sale: villas, penthouses and apartments. The cost of luxury housing is from $459,000, but a small apartment can be purchased cheaper. The country has a tax on real estate transactions. 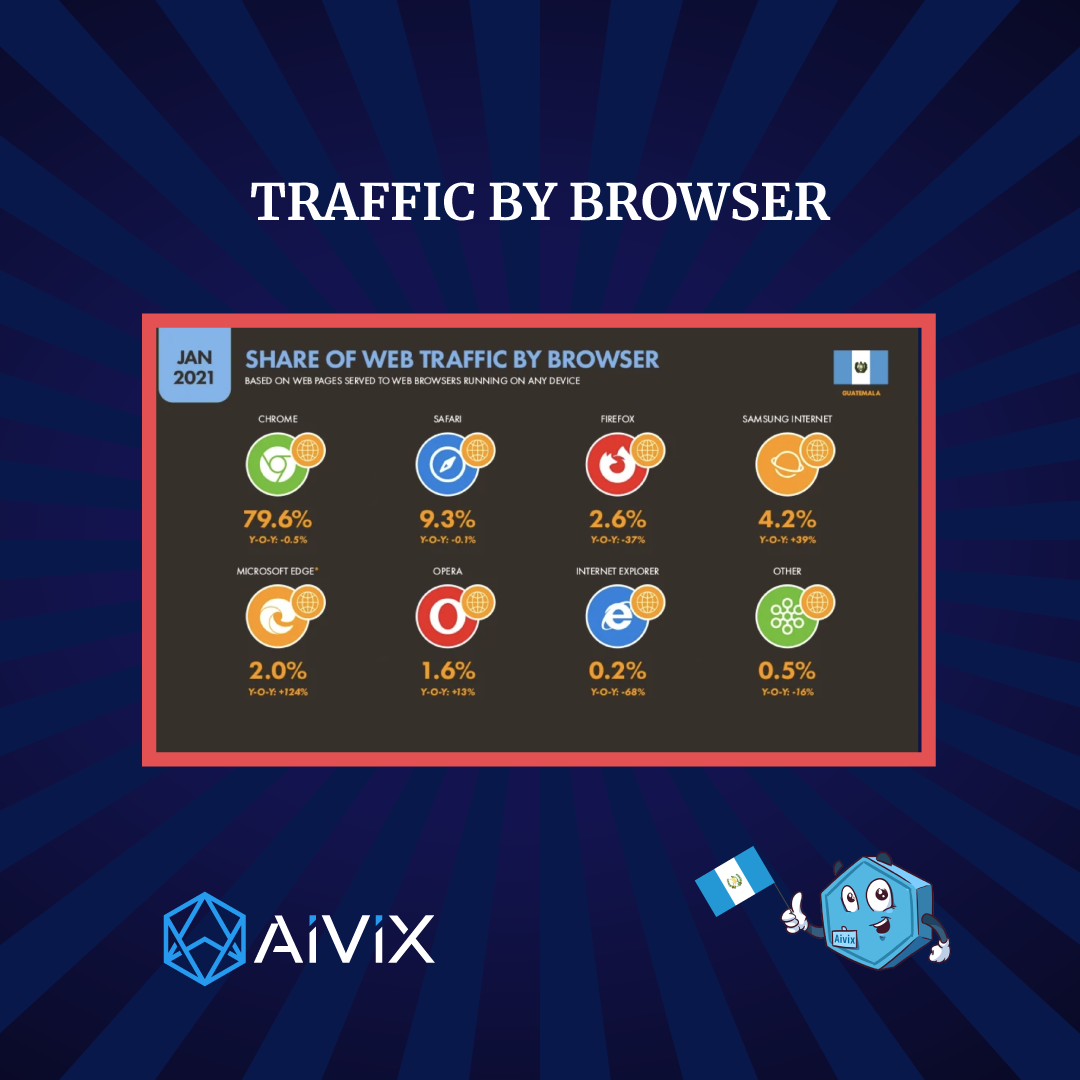 The basis of local transport is city buses. As is the case with most other least developed countries, this is a reasonably affordable but spontaneous method of travel, different from European cities.

Other cities and some tourist sites can be reached:

3. On boats or tourist buses.

When planning a long stay in major cities, it is possible to rent a car with a deposit, but travel can be complicated by poor road infrastructure. A more expensive option is to travel with a personal driver.

Despite the fact that Guatemala is difficult to attribute to technologically developed countries, in 2022 there are no problems with Internet access in the capital of the republic. In tourist areas there are Internet cafes and Wi-Fi.

The situation is aggravated in small settlements: often the population lives even without electricity, not to mention high-speed Internet connection. It is difficult to work with cryptocurrencies in such conditions.

The main life of Guatemala is concentrated in villages and villages, but there are also several cities in this republic. The capital of the same name is the largest city in Central America with an area of 692 km² and a population of about 1 million.

Divided into 15 districts, the city is a mixture of heavy traffic, noise, confusion, a huge grassroots market, dilapidated buses and armed guards. Here you can visit museums dedicated to the Mayan culture, and the settlement of an ancient civilization.

Outside the capital there are a number of attractions:

1. Tikal, the city of the ancient Maya. Tikal experienced its heyday around 750 AD. and boasts dozens of stepped temples erected in memory of the solar deity.

2. Antigua. Located in the Panchoy Valley, 45 km west of the capital and surrounded by volcanoes, it is Guatemala's colonial gem, declared a UNESCO World Heritage Site.

3. Lake Atitlan. This basin, formed by a crater surrounded by the San Pedro, Toliman and Atitlán volcanoes, extends into the southern province of Solola. 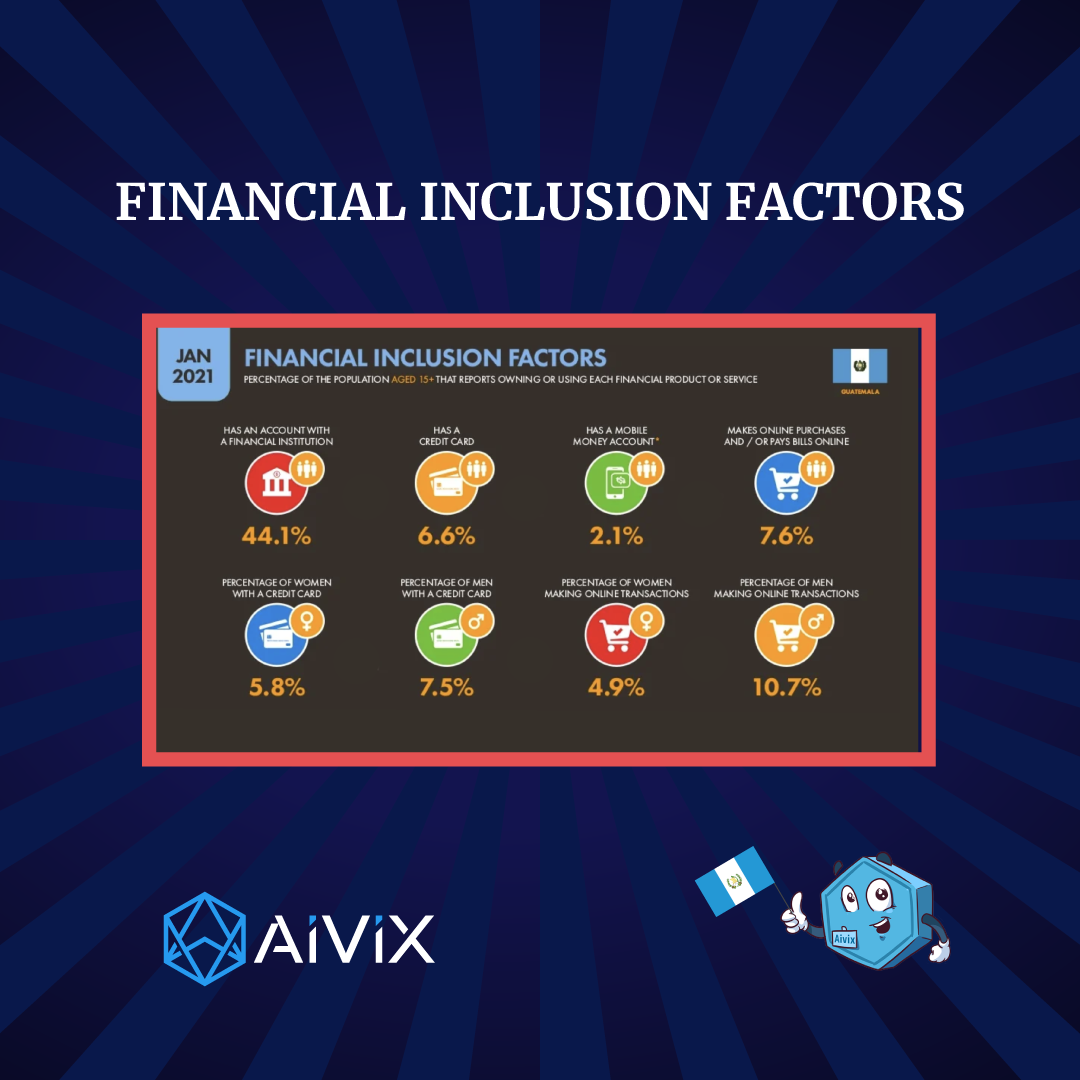 Guatemala has an ancient and very diverse craft tradition, with its roots in pre-Columbian civilization. Locals create ancestral-dyed fabrics, utensils and furniture - these products are often sold in the markets and bring additional income.

Holidays and weekends in Guatemala are associated with nationally significant events or the church. The latter include:

3. Holy Week and Easter holidays (from March to April);

At the national level, public holidays include:

On some holidays, life stops in almost everything, on others (Columbus Day) - only partially. At the level of small settlements, local celebrations and festivals can be held, including those related to local religious traditions.

Guatemala has an extremely high level of crime and corruption, due to the difficult economic situation. Thefts and petty fraud are widespread in public transport, in markets and in other crowded places - the police practically do not take part in resolving such situations. There are reports of so-called fake cops - criminals dressed in uniform and misleading victims for profit.

The capital is also among the most dangerous cities. Violence, killings and drug trafficking are common in many large cities, often associated with the activities of organized groups. Women, including foreigners, suffer from violence: the peculiarities of culture and lifestyle are superimposed on the conditions for human trafficking.

However, in general, the risks for visitors are not so great if you follow the rules of caution: raise windows when traveling by car, keep an eye on things in public places and not appear in socially disadvantaged areas at night. 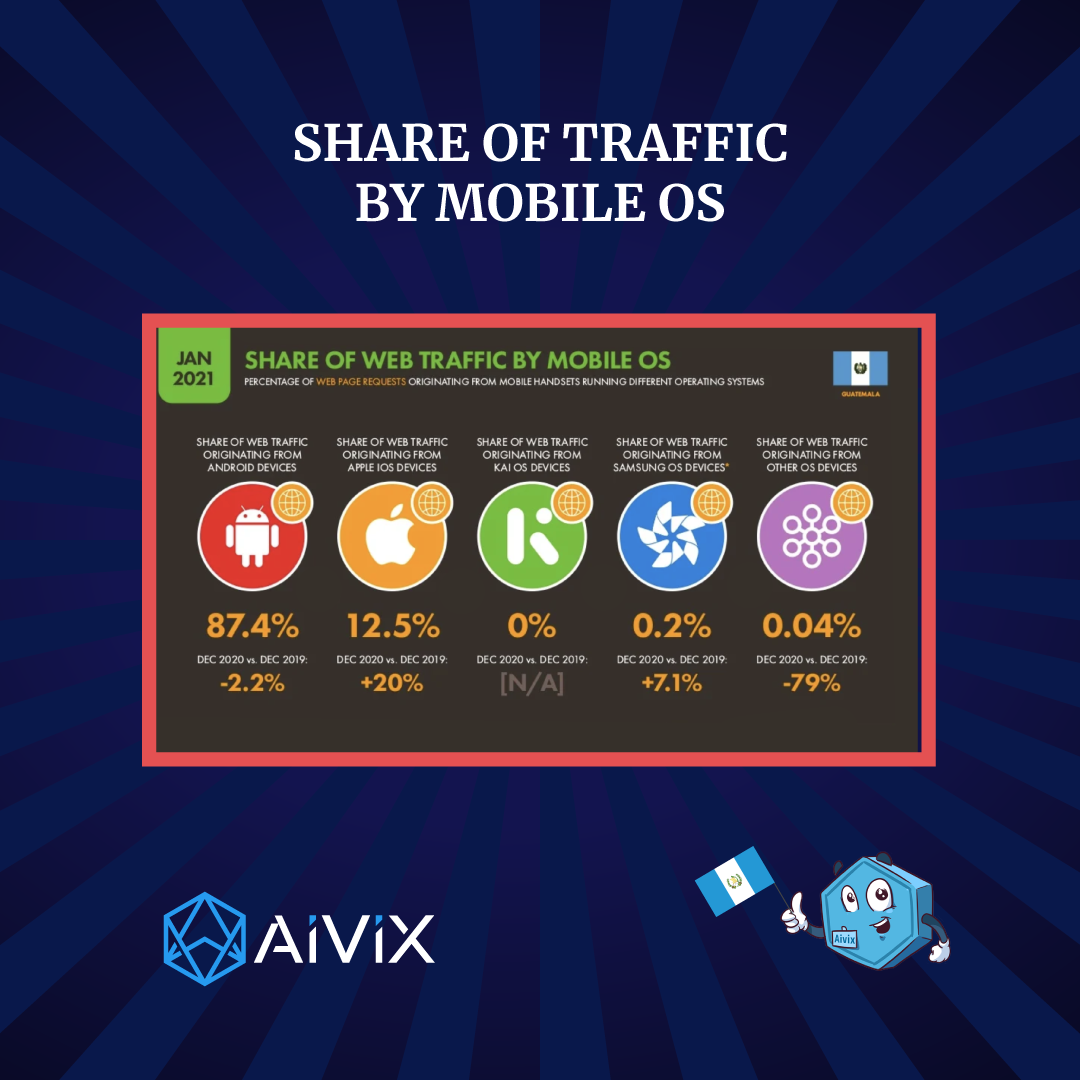 Regulation of the cryptocurrency market

El Salvador became the first country in Central America to prove in practice a progressive attitude towards cryptocurrencies. In fact, it was thanks to them that a small state with an area of just over 24 thousand km² became known in the world: President Salvador Naib Bukele recognized Bitcoin as an official means of payment.

The Central Bank of Guatemala in September 2021 also announced plans in this matter. For underdeveloped countries, cryptocurrencies can become an additional economic incentive, and the government of the Republic does not deny the possibility of creating its own national digital asset.

Creating a national iQuetzal cryptocurrency in such a poor country will almost certainly take a very long time. This is also noted by the representative of the Central Bank, Jose Alfredo Blanco: he believes that even the investment attraction phase may be delayed.

However, other cryptocurrencies are not legal tender in this country. The relevant statements were made back in 2017, and in 2021 the authorities repeated them. There is also no clear regulatory legal framework, as in Europe and the United States: service providers, investors and traders can work in a format convenient for themselves and not be subject to control by government agencies.

The situation changes when the activities of service providers affect related areas. In this case, it may be necessary to work with the tax service. Financial intelligence or stock and commodity market registry.

Guatemala was also chosen by Facebook and Coinbase to test the new Novi cryptocurrency wallet, which will subsequently store the digital asset of the Diem project. Interest from large corporations can positively affect the development of the industry in the country.