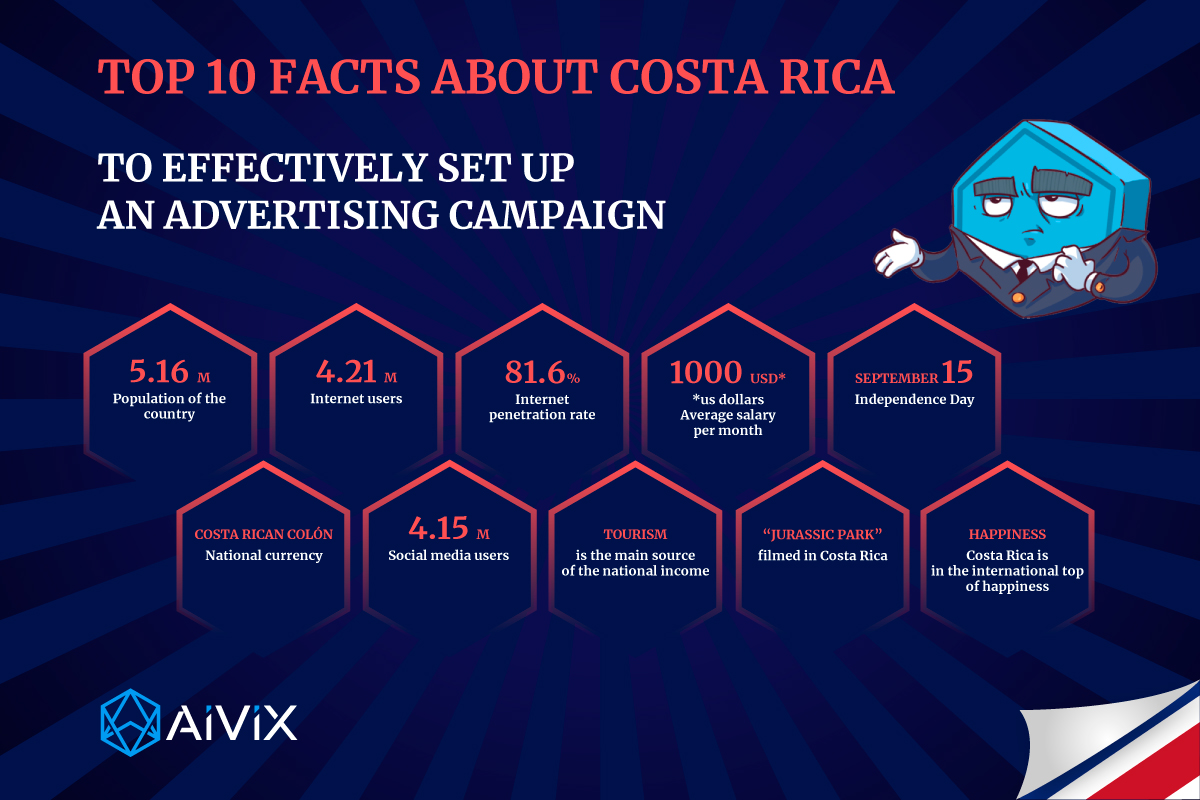 A small country in Central America is considered one of the safest and most comfortable places to live compared to its closest Latin American neighbors. Costa Rica is popular primarily as a tourist center: indeed, visitors have something to see. National parks and picturesque beaches, architectural monuments, museums - you need time to explore all the noteworthy sights.

We will describe the features of life in Costa Rica in this article.

1. Geography and population of Costa Rica

Costa Rica is located on a narrow isthmus between two continents, bordered by the Caribbean Sea on one side and the Pacific Ocean on the other. Almost a quarter of the country's area is covered by protected natural areas.

It is curious that it is in Costa Rica that many unique natural sites, national parks, and reserves have been preserved. Waterfalls and caves become places of pilgrimage for tourists, and even ordinary beaches impress with their beauty.

There are mountains in the Republic and even active volcanoes. Features of the location and tectonic structure made it not a very favorable place in terms of natural disasters: this part of Central America is seismically active, earthquakes of small and large (up to 7-8) amplitude occur frequently, and a tsunami threat periodically arises. Hurricanes are also not uncommon, causing significant damage - especially to coastal areas.

The subequatorial climate is a test for any visitor from Europe. It is characterized by year-round high temperatures and significant air humidity: for example, the average January temperature ranges from +23 to +25 degrees, depending on the region. There is a lot of precipitation, especially during the rainy season - up to 3000 mm.

The local population is, of course, accustomed to such conditions. In terms of numbers, it is slightly more than 5 million people, and most of them are indigenous Costa Ricans. There is also a Russian diaspora, but, of course, it is not as large as in Canada or Georgia. 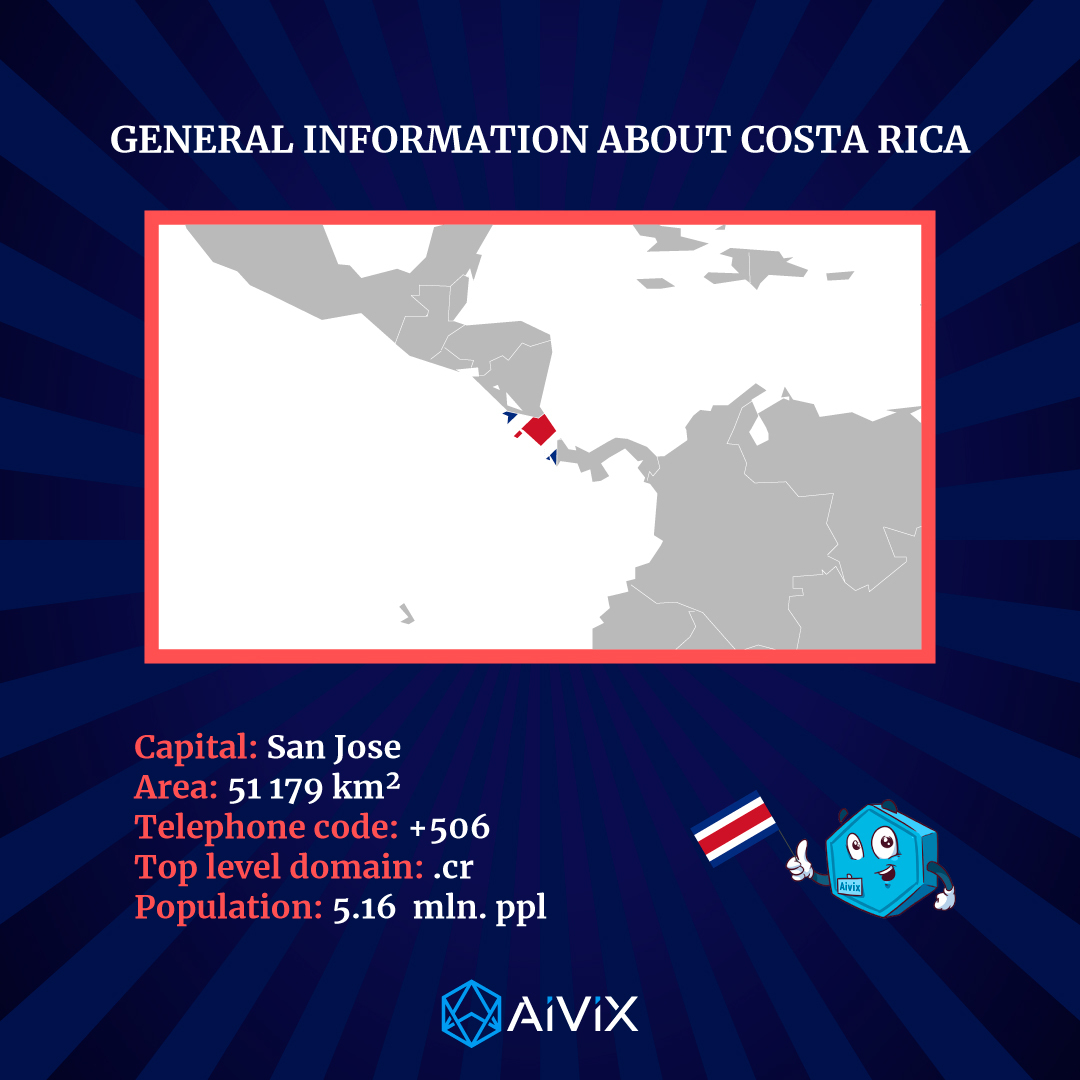 The state's official language in Costa Rica is Spanish. Depending on the region, it may change somewhat - there are different dialects in the country. In some places, indigenous languages are spoken (for example, Bokota), but this is not a very common phenomenon. Also, local residents know English well, but they are likely to have problems with understanding Russian.

The national currency in Costa Rica is called the colón: in April 2022, 1 dollar is worth about 650 Costa Rican colóns. Dollars can be easily bought or sold at local exchange points, but they are not accepted for payment very often even in tourist places, and the cost of services in this case naturally increases.

The situation with the Internet and cellular communications in Costa Rica can upset a person who is accustomed to the benefits of European civilization. It is absolutely impractical for a tourist to buy a local SIM card, and you can find the Internet at the hotel - WiFi is available in almost all more or less decent tourist places, sometimes a separate fee may be charged for this service. In more busy areas, you can stumble upon an Internet cafe.

For those who plan to stay for a long time, it makes sense to look for a mobile operator for communication and the Internet. There are several in Costa Rica, but Kolbi and Claro have the best coverage. There are two options for purchasing a package: prepaid and postpaid.

For example, a monthly Claro package with 5 GB of the internet will cost 10,000 colones (about $15). The cheapest unlimited package costs almost $30. You can also buy home Internet from the same service provider, for example, installing fiber optics. A month of use will cost about $40.

By the way, most local operators offer packages for one or two days or a couple of weeks. Pay attention to the validity period, and not just the price - it may turn out that an offer that is attractive in terms of cost is designed for only a quarter of a month.

The connection speed fluctuates: there is a fairly good and high-quality Internet in the capital and large cities, and in remote areas, it may not be available at all, or the speed is so low that simply searching the Internet becomes a difficult task, not to mention work. 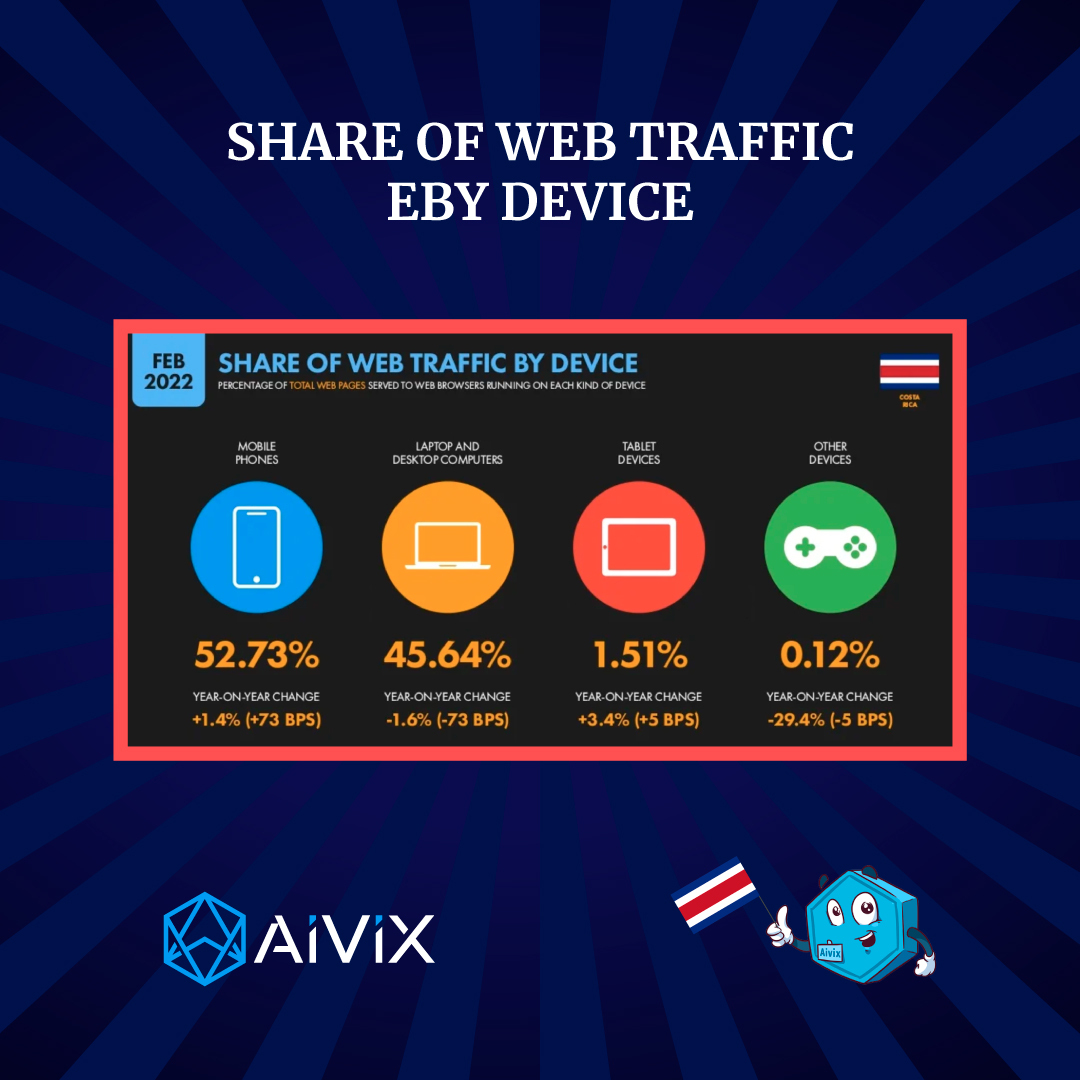 In terms of economic development, Costa Rica is ahead of the countries of Latin America, but at the same time, it is far behind most European countries. The economy of this republic is based on tourism and agriculture.

GDP per capita in 2020 was $11.8 thousand, slightly lower than in 2018 and 2019, probably due to the coronavirus pandemic and the decline in world tourism.

In agriculture, the main crops are coffee, bananas, corn, and tea. Cultivated and sold mainly by small farms. The industry is also gradually developing: the country produces microprocessors and some types of equipment, including medical equipment.

For a long time, the economy of Costa Rica was considered one of the most stable, not very prone to inflation. However, the coronavirus pandemic has shown that limiting the flow of tourists can deal a significant blow to it.

Representatives of qualified professions can earn good money ($800-$1000, depending on the length of service and specialization): mainly doctors, university professors, and IT employees. In the field of unskilled labor, the rates are much lower - taxi drivers receive the minimum wage, as well as waiters, salesmen, or cleaners.

Traditionally, the labor of educators in pre-school educational institutions and teachers in schools is low-paid. For legal employment (and the opportunity to count on a better salary) in Costa Rica, you need to obtain a special work permit - visitors often have difficulties with this. The unemployment rate is also quite high (in 2022 it is about 17%), which is why this country can hardly be called ideal for labor migration.

Costa Rica, with its not very high salaries, can hardly be called a budget place. This could be seen when studying the tariffs for the Internet and cellular communications, given above.

As for public transport, a city bus ride will cost $0.5-$0.6 one way, and a monthly pass will cost about $30. Intercity buses cost differently depending on the route, but prices usually start at $3-$4 one way.

Housing is cheaper to rent for a long time. An apartment in the center of a large city will cost the most - one-room apartments can be valued at $500, excluding utilities. But in small settlements or on the outskirts, you can stay for $300. Utilities for small homes are not all that expensive, averaging around $50-$60 per month for water, gas, heating, and garbage collection. 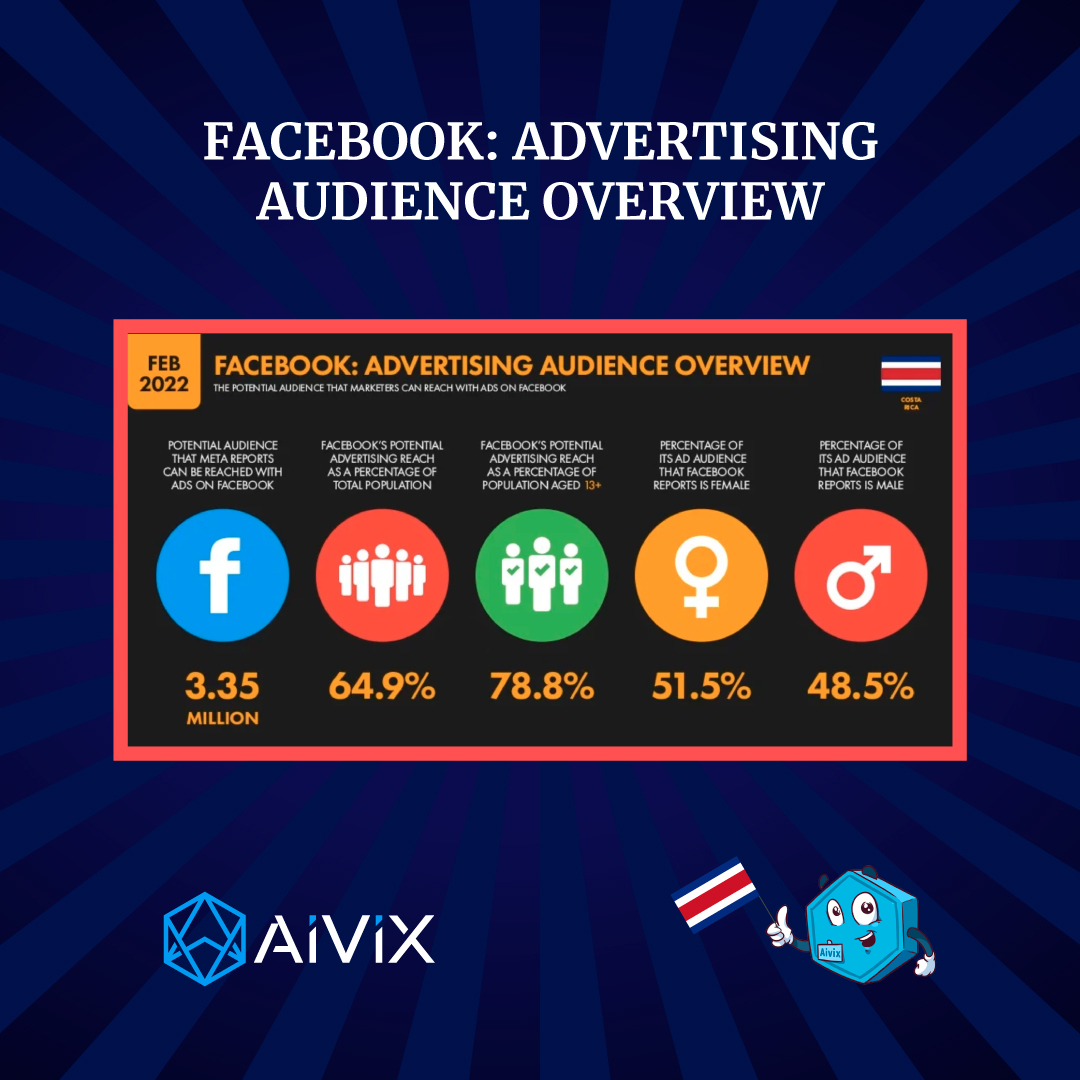 Costa Rica is definitely not a country of medical tourism for residents of the CIS, but it has become one for visitors from the States - service here is much cheaper. Compared to most Latin American countries, the services of doctors in the Republic are much better, and it is easier to get them - even for a tourist.

As in most countries, medicine in Costa Rica is divided into public and private. Private medicine is of high quality, and at the same time quite expensive, but making an appointment with a pain doctor is much easier than a free one. In order to get an appointment with a specialist in a state clinic, you have to wait - sometimes quite a long time. The service is covered by a medical insurance policy, which costs approximately $70-$100 per month - insurance may even cover some services in private clinics.

Calling emergency assistance is free (for tourists too). Access to health services can be difficult in remote rural areas, as can access to education.

The education system is not as developed as in Europe, but the government of Costa Rica is trying to fill in the gaps by allocating a more substantial state budget to this area compared to Latin America. Primary education is compulsory for everyone, there are also schools of secondary special profile, after which you can get some kind of profession.

There are also universities in the country, and some of them are considered quite authoritative. Education is very affordable - for example, at the National University of Costa Rica, a bachelor's year costs less than $1000. Some institutions offer applicants educational programs from $5,000 per year (for example, a year of study at Stanford University costs more than $50,000). 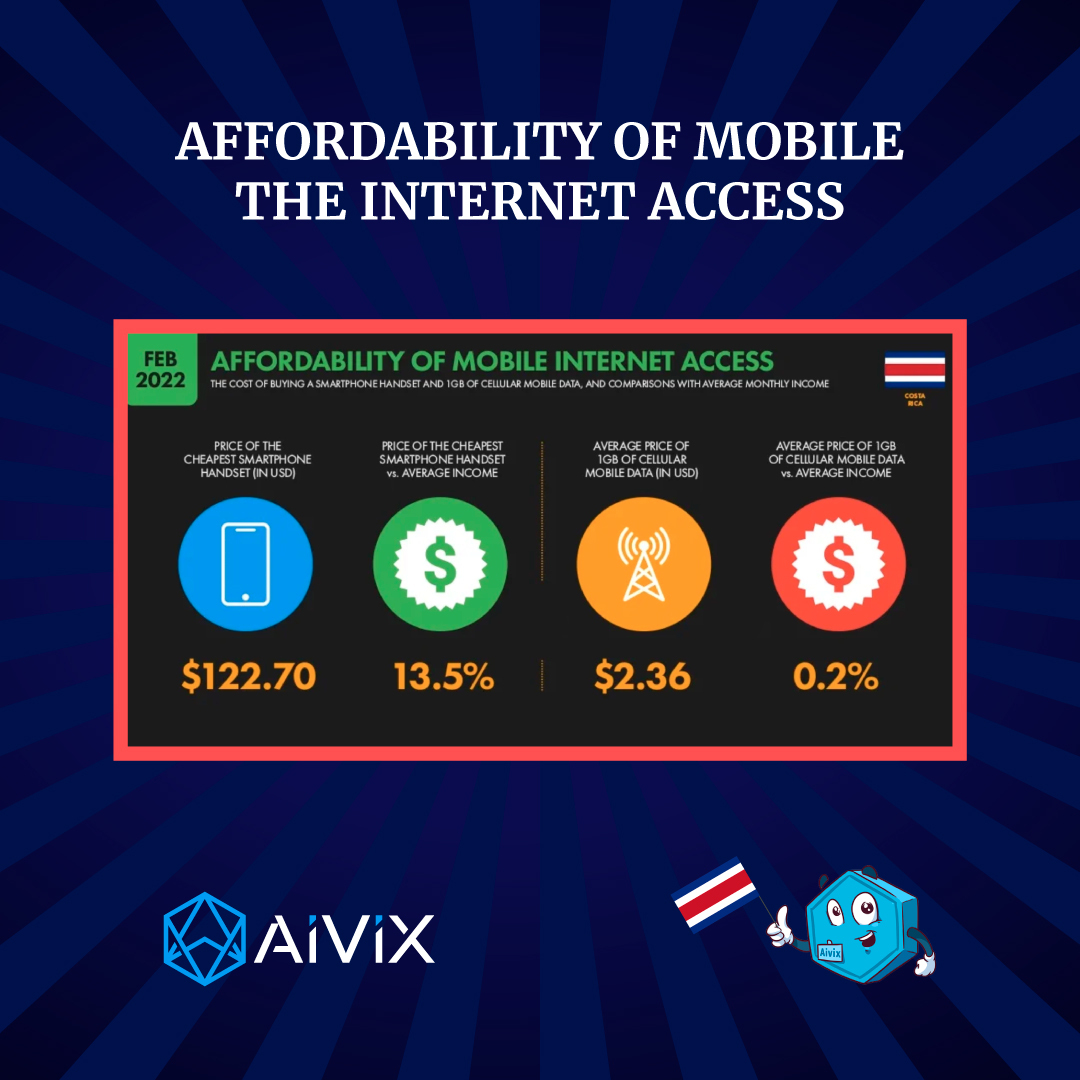 There are quite a lot of holidays and non-working days in Costa Rica. Here are some of them:

3. Easter holidays - The second half of April

Costa Rica is a Catholic country, there are many religious memorials and events. Within small villages, there may be their own, local holidays, which are also considered days off. Almost nothing is open during the Easter holidays, including shops and government agencies. 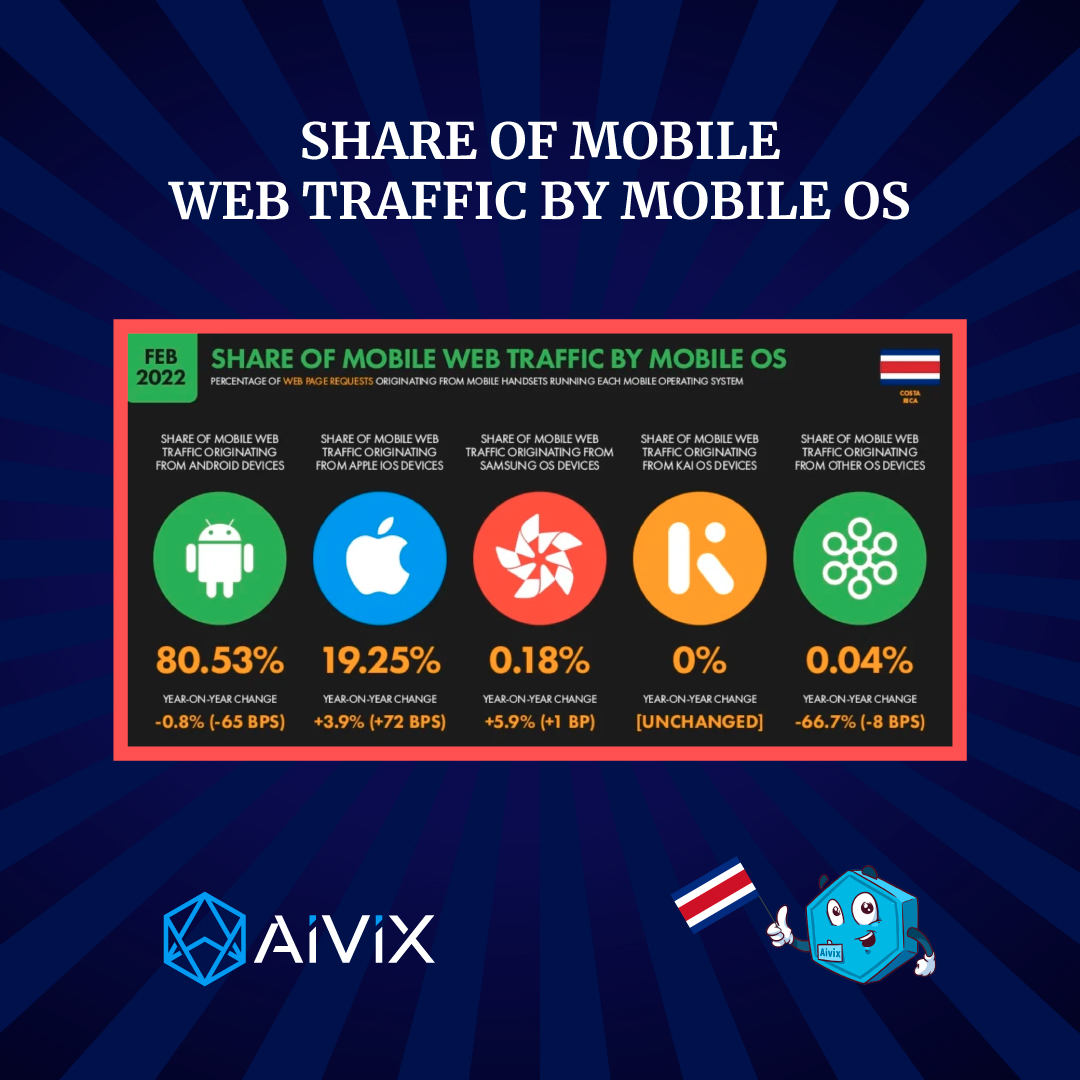 The local population in Costa Rica is very sociable. Even if not very meaningful, the constant need for conversations can be confusing for an unusual person. Also, you should not expect punctuality and accuracy from Costa Ricans - just like in Italy, Spain, or Latin America, they are very calm about time frames and do not particularly observe them. Even in government offices.

Optimism and cheerfulness are also characteristic features of the locals. Tourists and visitors are greeted warmly, kindly, and with some interest. The peculiarities of the national mentality are expressed in creativity: people here love to draw and make beautiful, bright things.

In Costa Rica, there is no clear and well-prepared legislative package to regulate cryptocurrencies. It is not prohibited here - you can trade, mine, and invest.

The directive of 2021 does not define crypto assets as legal tender, so it is most likely impossible to pay with them in some stores, although some entrepreneurs may meet the buyer halfway. The principle of taxation in this area is also not defined, but this issue will probably be resolved as the popularity of digital assets grows.

Should you visit Costa Rica as a tourist? Definitely yes. Both in terms of natural resources and in terms of culture, this is a very interesting country with a colorful heritage.

Is it worth it to move here? This is a more complicated issue - the Republic is only developing at the moment, and it has its own problems. But for a person in love with the local culture, they are unlikely to become an obstacle.