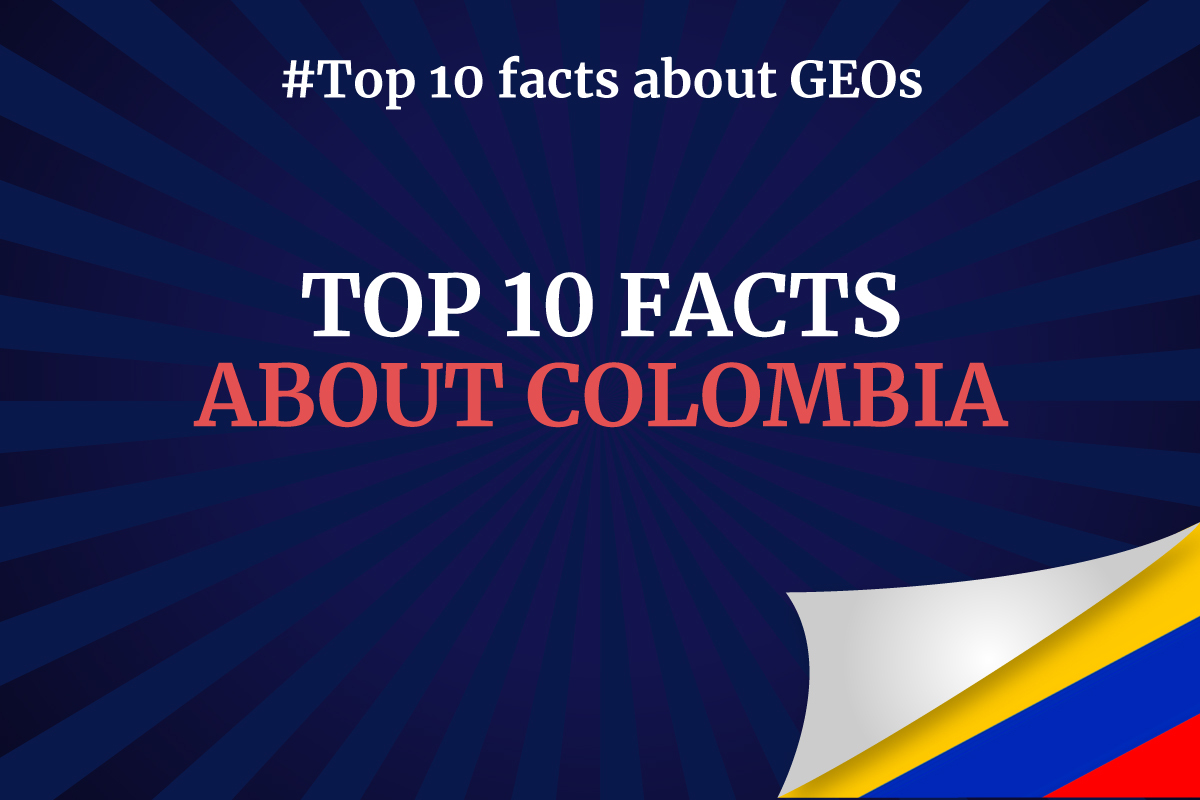 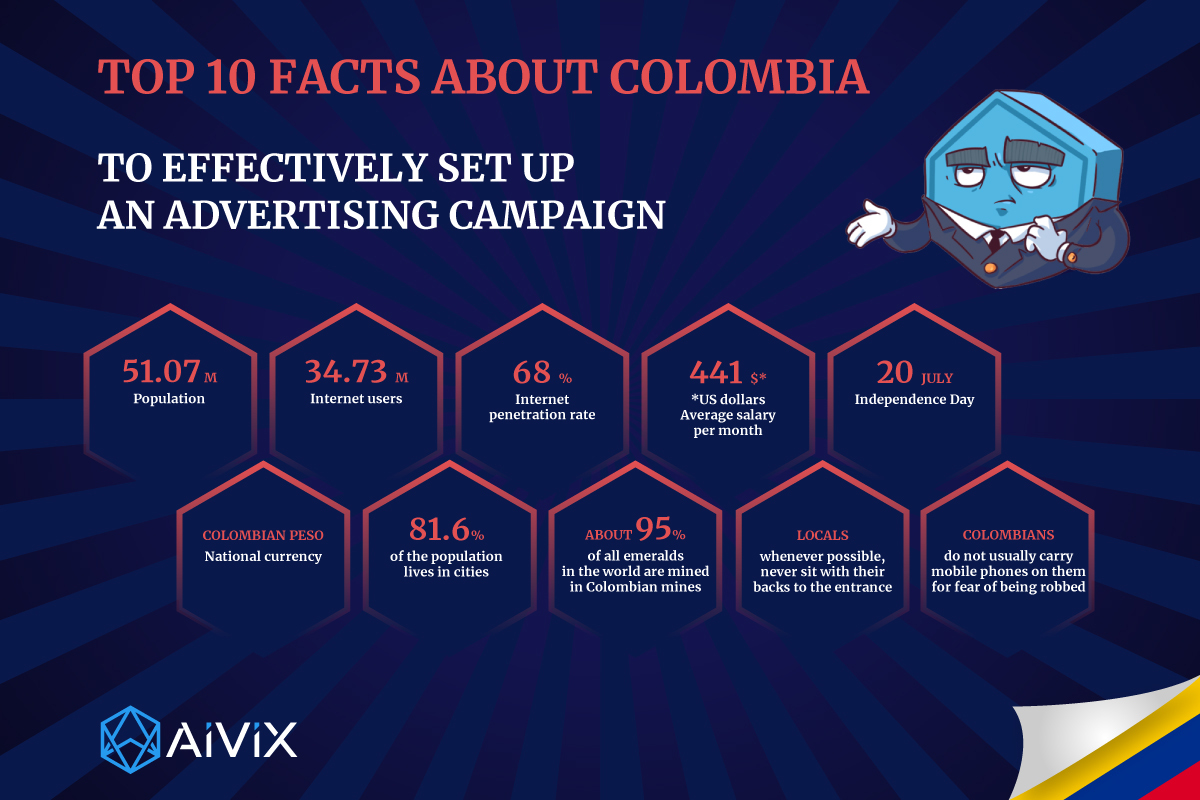 1. Geography and population of Colombia

7. Working days and holidays in Colombia

1. Geography and population of Colombia

Colombia, officially the Republic of Colombia. The country is located in the northwest of South America. The population here is mainly concentrated in the mountainous area, where Bogota, the national capital, is located on a high plateau in the northern Andes. This South American state borders Ecuador, Peru, Brazil, and Venezuela, as well as Panama. This means that everything that enters South America must pass through Colombia.

Most people live on plateaus and mountain slopes, where altitude reduces equatorial heat and promotes health and vitality. By concentrating people in isolated foci at high altitudes, mountain ranges determine not only the structure of settlements but also the routes of communication and movement, which are parallel to the ridges in the direction from north to south. The move from rural to urban areas has been intense, with nearly three-quarters of the population now living in cities. 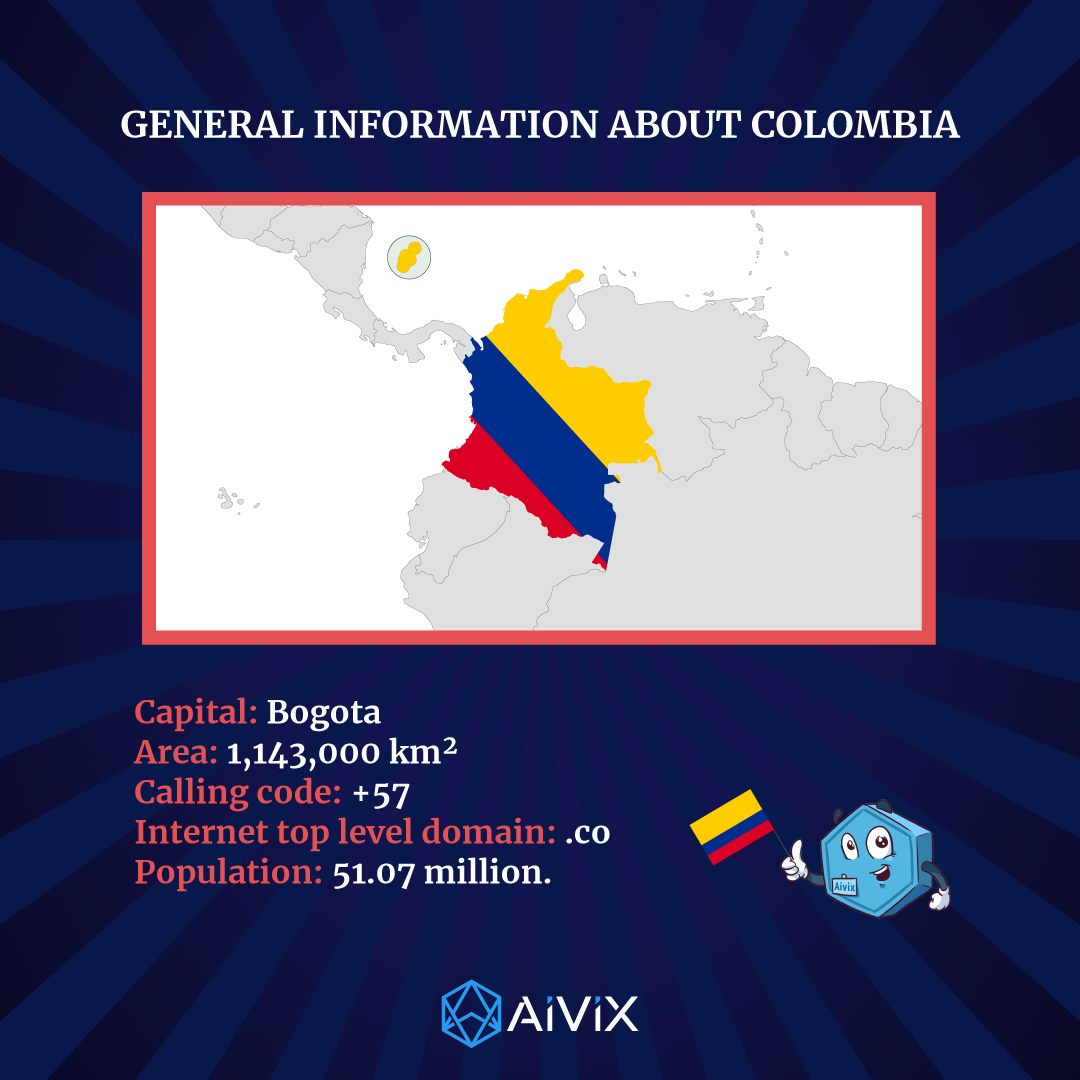 Despite active migration, Colombia's population will continue to grow until 2050. Colombia's maximum population is projected to peak in 2050 at 55.96 million. After 2050, the population will slowly decline until the end of the century, returning to 45.52 million by 2099.

While the indigenous peoples were largely exterminated during Spanish rule, reserves were established on 27% of the country's total area. Colombia is home to over 800,000 indigenous peoples, the largest groups of which include the Wayu, Paez, Pastos, Zena, and Embera.

Spanish is the most popular language in Colombia, with over 99.2% of Colombians spoken. However, the Spanish spoken in Colombia, known as Colombian Spanish, is different from the traditional Spanish spoken in Spain and other Spanish-speaking countries. The Ethnologue database states that Colombia has 101 languages, making Colombia one of the most linguistically diverse countries in both America and the world according to this estimate. About 850,000 people speak their native languages, most of which belong to the families of the Arawakans, Chibchan, Carib, Tucanoa, Saliban, Bora Vitoto, Guahiboa and Barbacoa. 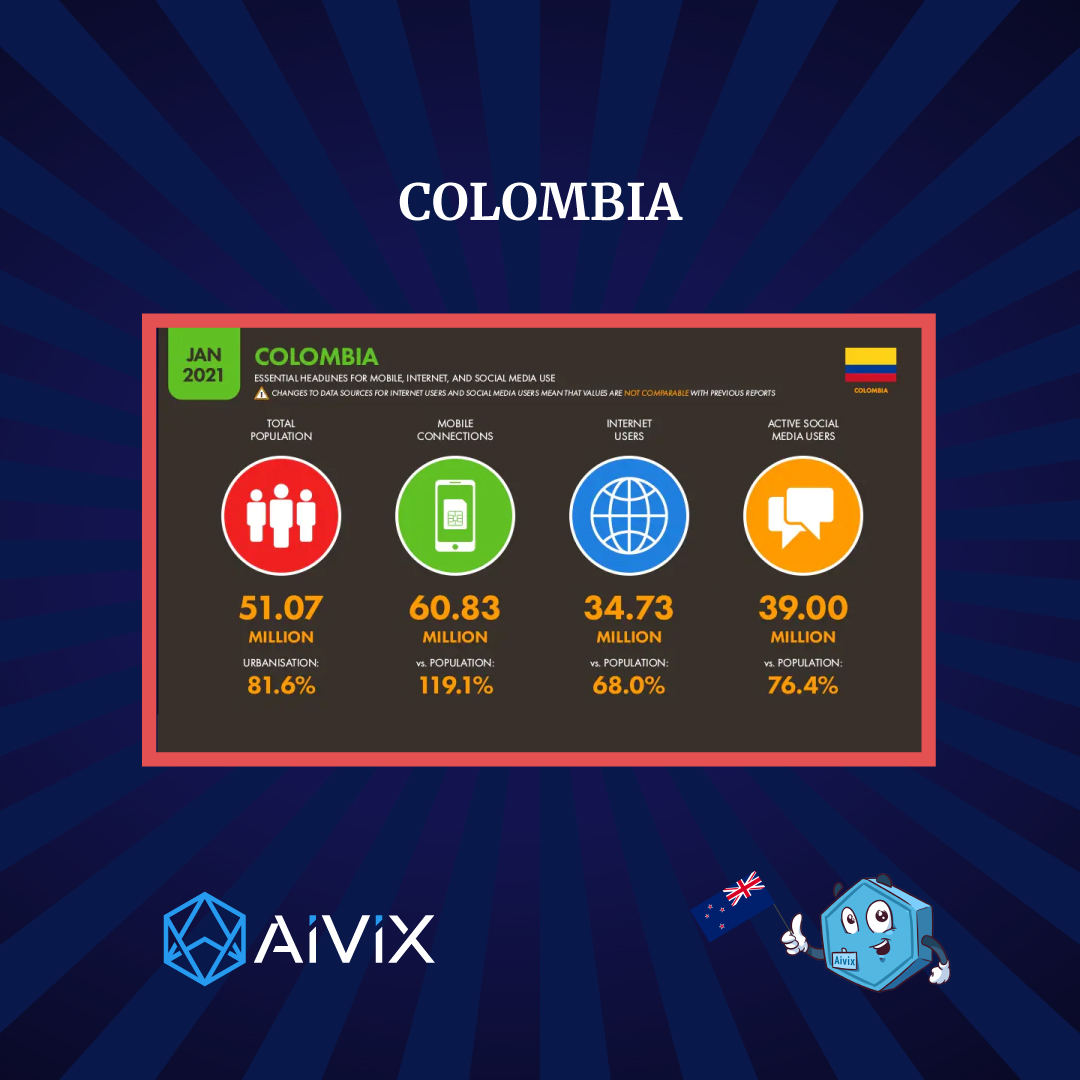 Colombia's official currency is the peso, abbreviated as COP. Prices in Colombia are marked with a dollar sign, but remember that you are seeing the price in Colombian pesos. The collapse in oil prices has depreciated the Colombian peso to a record high, making the country profitable for foreign tourists. In early 2020, one US dollar was equivalent to 4,000 Colombian pesos.

Consignaciones (bank transfers) are a common way to pay for hotel bookings (especially in areas like Providencia and the outlying resorts), tourist tours or guides. Depositing a deposit directly into the hotel's bank account offers some peace of mind as it reduces the need to carry large amounts of cash with you.

In most restaurants, a tip of 10% is automatically included in the bill. The service staff should ask you: "¿Desea inclusive el servicio?" ("Would you like to include the service in the bill?"). Restaurant staff often forget to ask tourists about it.

• In January 2021, Colombia had 34.73 million Internet users.
• The number of Internet users in Colombia increased by 1.3 million (+ 4.0%) from 2020 to 2021.
• Internet penetration in Colombia in January 2021 was 68.0%.
Seven years ago, only 15 percent of the population had access to broadband Internet. However, Colombia is increasingly becoming an online country as the Internet becomes a part of everyday life.
Looking at these numbers, it becomes clear that the country is moving along a positive trajectory. And it's not just the numbers: the connections themselves are stable (except periodic power outages) and never go offline.
Internet access is still expensive. At least not all consumers can afford it. While a 30 Mbps landline connection costs about $ 30 per month in the capital city of Bogota, in a small town the same amount is charged for only 2 Mbps. Connection speeds have improved but are still slower than other Latin American countries such as Chile or Mexico, where the average fixed broadband Internet speed is around 5 Mbps. 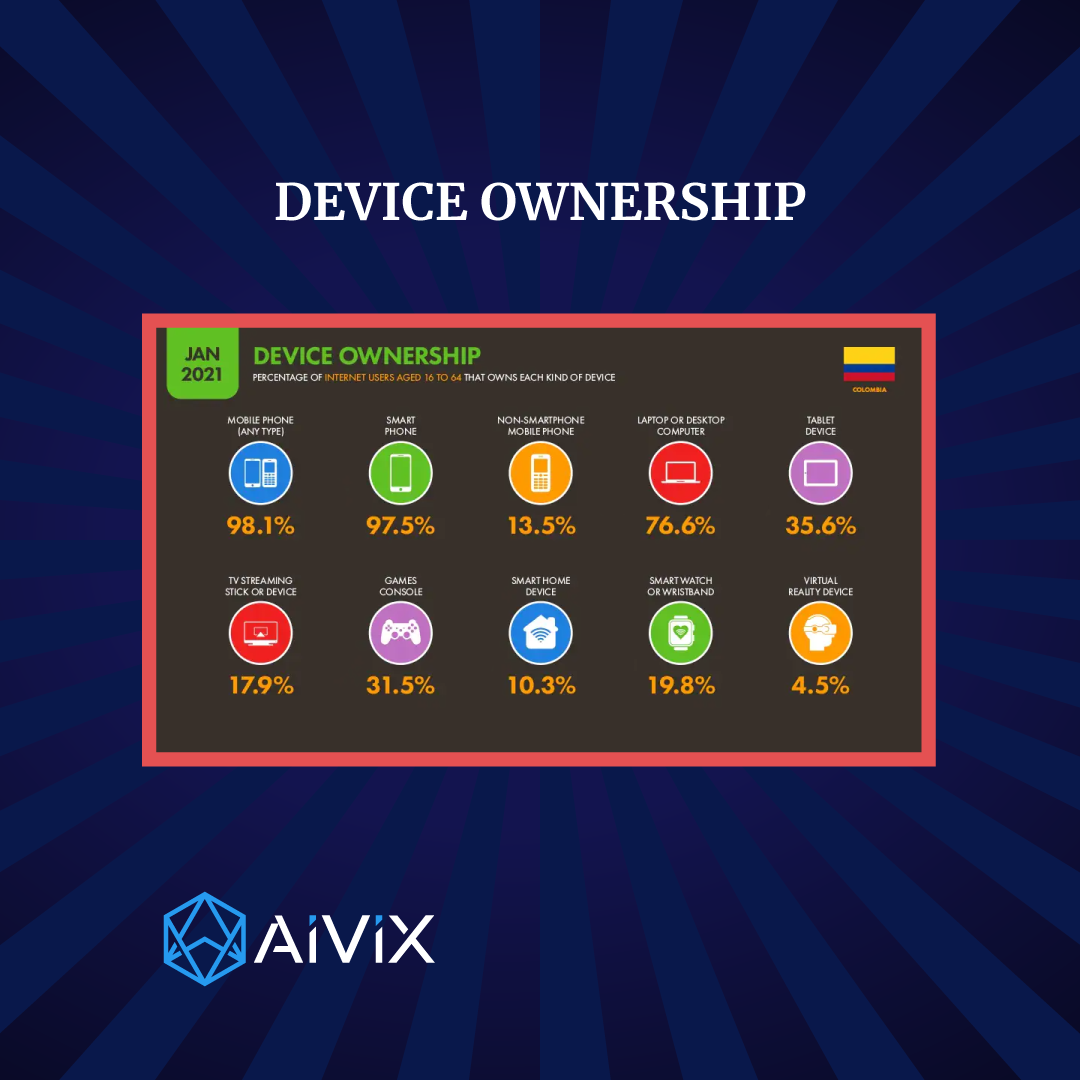 During the colonial period, the economy was almost entirely based on gold mining, including the plundering of metal from the graves (guac) of the indigenous people.

The modern economy has a much broader basis, with the use of hydrocarbon fuels and some metals, agricultural production and the production of goods for export and domestic consumption. The economy is dominated by private enterprise, and direct government involvement is limited to industries such as railways, oil, and telecommunications.

Coffee has long been the backbone of the Colombian economy, providing high prices in the global market and accounting for about half of all legal exports.

The illicit cultivation of coca, the main ingredient in cocaine, is widespread in Colombia. Its production was run by powerful drug cartels and was also facilitated by the Marxist guerrilla organization FARC during a prolonged armed conflict with the Colombian government.

The average salary in Colombia is 45,279 USD per year. The most typical earnings are $14,718.42. The wages of men and women differ quite significantly. Average monthly salary = 441 USD. 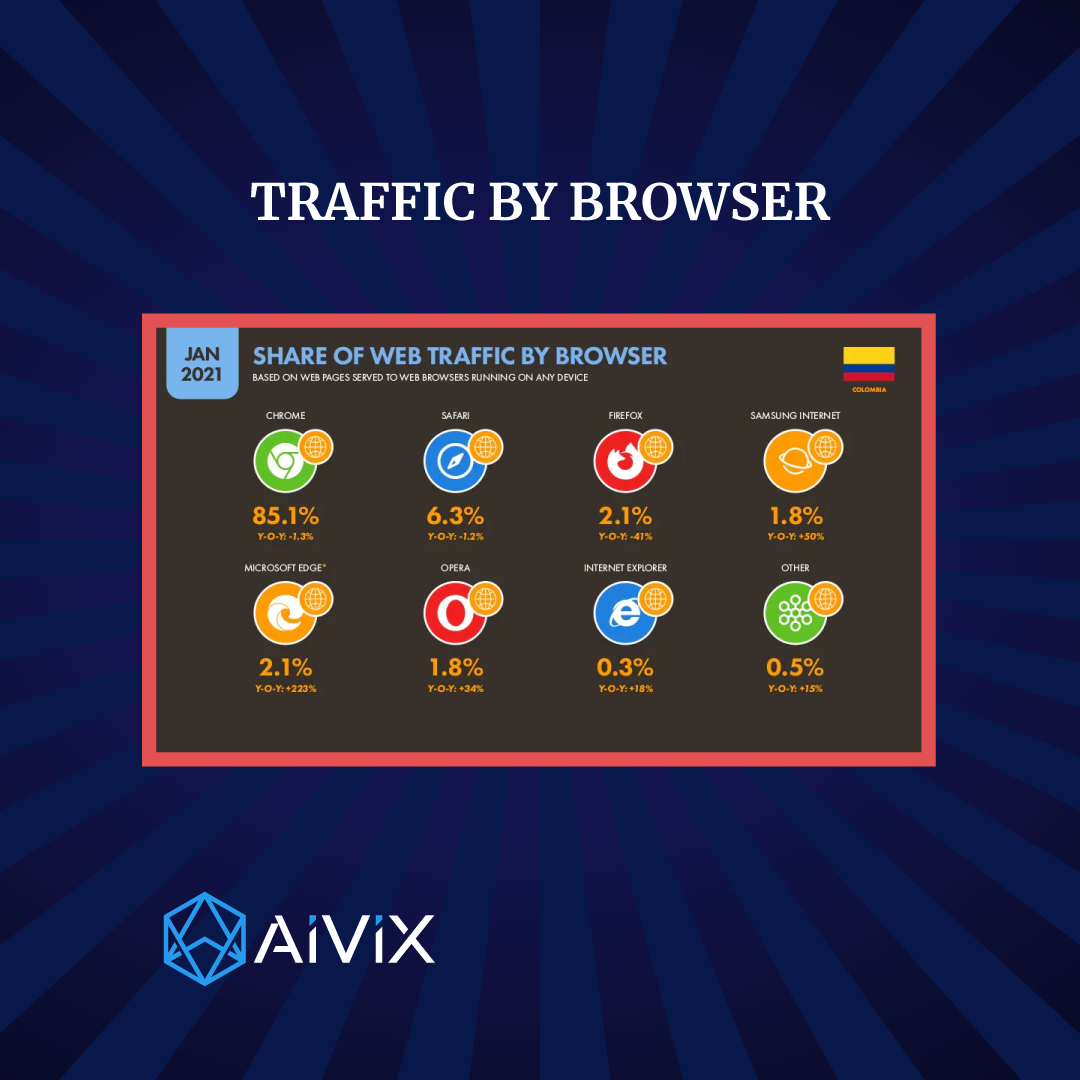 7. Working days and holidays in Colombia

The national love for the positive is also manifested in the strong patriotism of the population. Generally, Colombians like to avoid talking to foreigners about any negative aspects of society and politics, preferring instead to focus on the more cheerful aspects of their environment.

Interacting with relatives is an important part of daily life, and family gatherings and events are a constant feature of local social calendars. The strength of these bonds means that offspring tend to live in the family home until they are married, and will spend most of their weekends with their relatives.

Besides family values, religion is another important cultural influence in Colombia. 2/3 of local residents consider themselves Catholics, and many more people believe in God. The presence of other forms of Christianity, not to mention other religions (or agnostic/ atheism), is extremely limited.

As much as many locals hate to admit it, the country's longstanding ties to the mafia and drug trafficking have also influenced the culture. From a linguistic point of view, this manifests itself in "parlache", a special form of Colombian slang that includes a number of terms associated with the underworld and the drug trade. Another area in which the influence of "narco" is manifested is the prevalence of plastic surgery. This fashion dates back to the 1980s, when mafia leaders competed to demonstrate their power and status by surrounding themselves with increasingly voluptuous women. 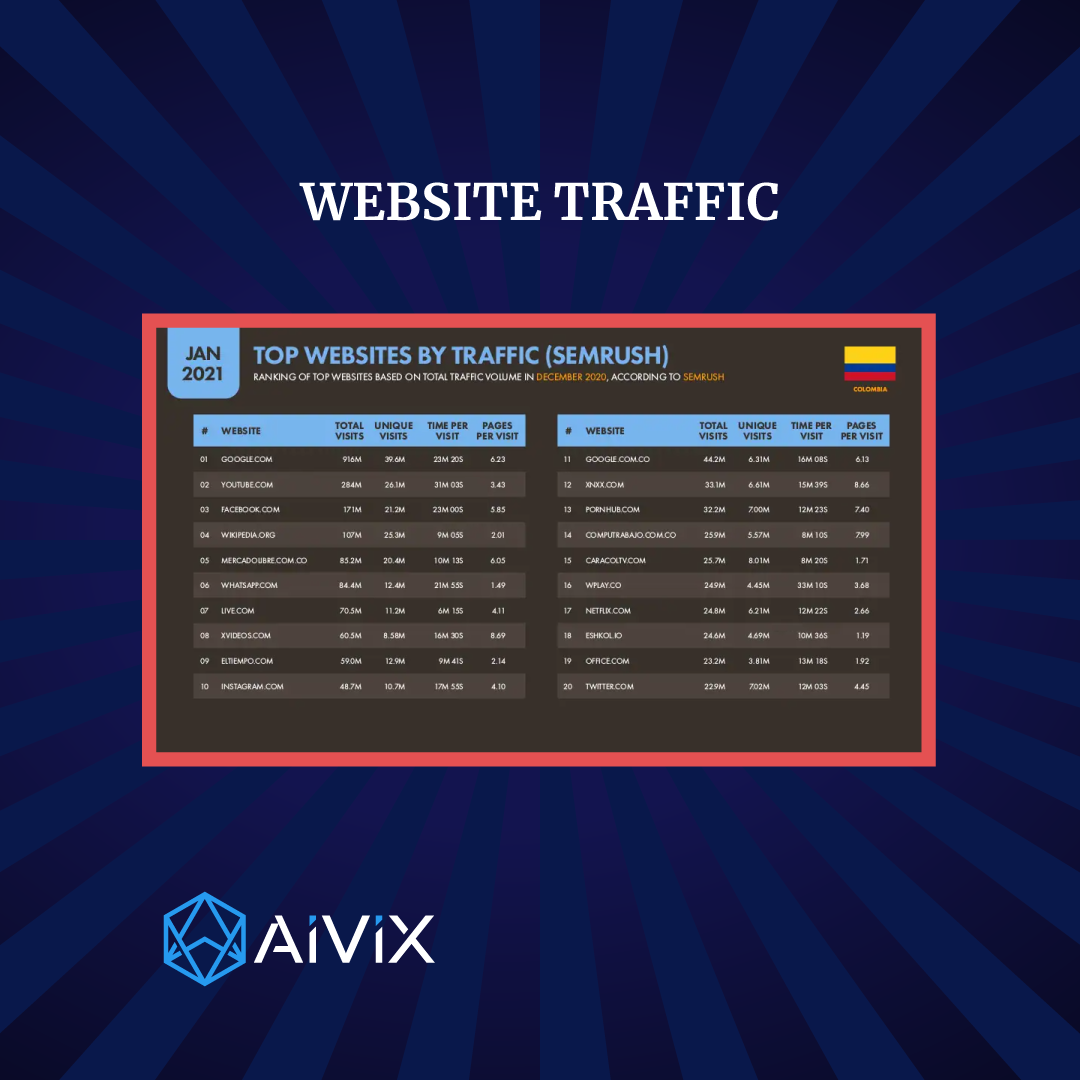 Colombian legislation does not provide a clear classification of cryptocurrencies. Colombia's central bank, Banco de la República, said cryptocurrencies are not considered "legal tender.". This statement is contrary to Colombian law, according to which cryptocurrency can act as a means of payment and can act as a "cash deposit" as well as a "unit of account". 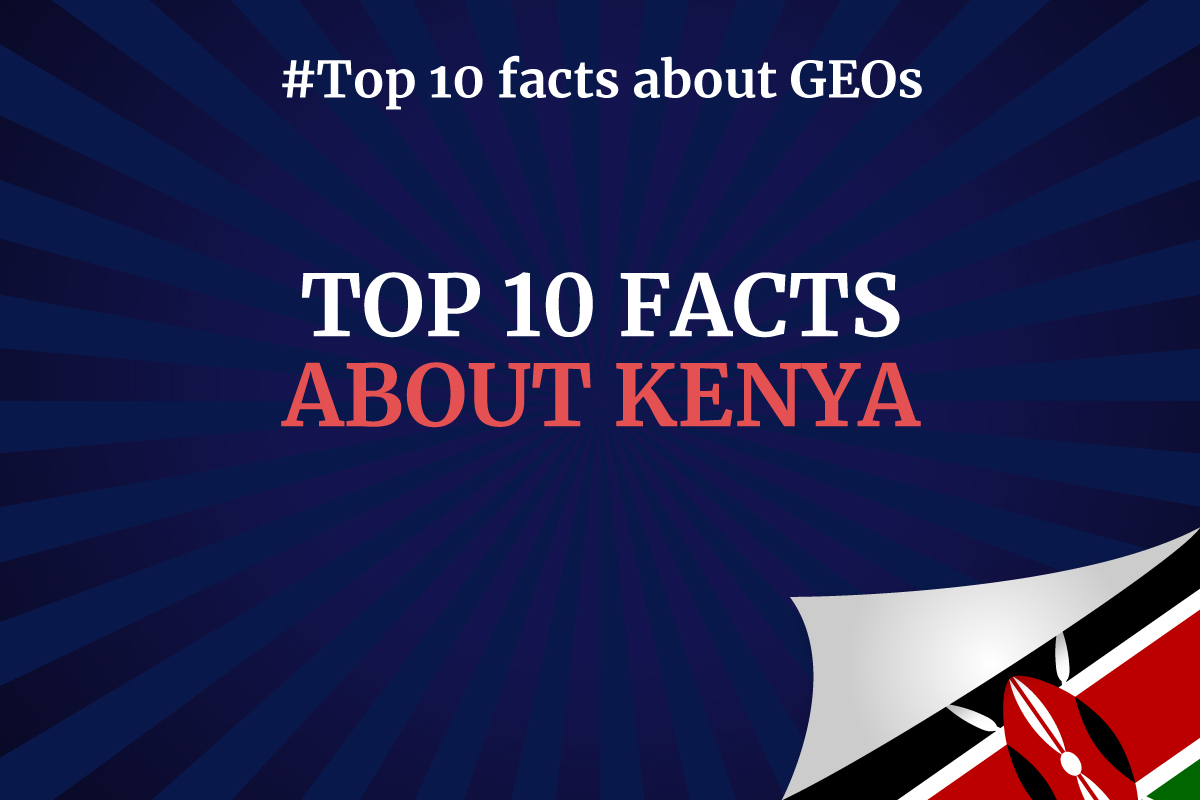 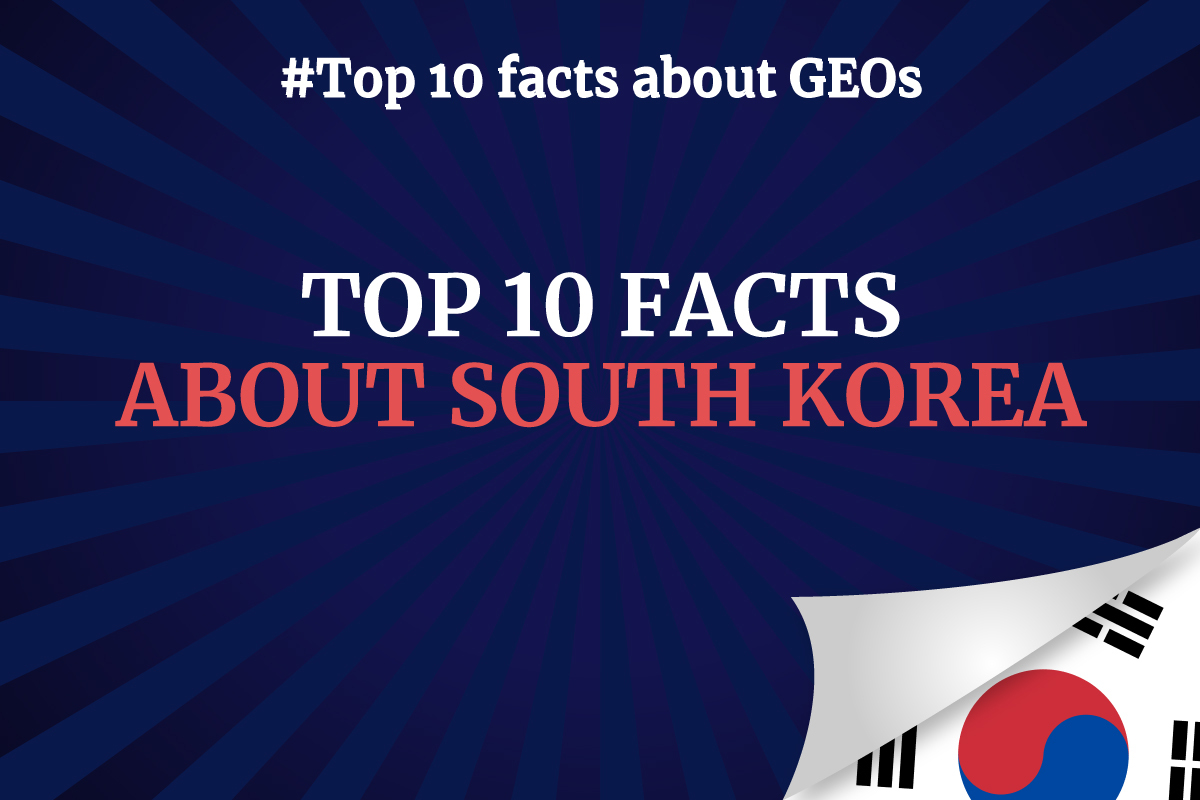