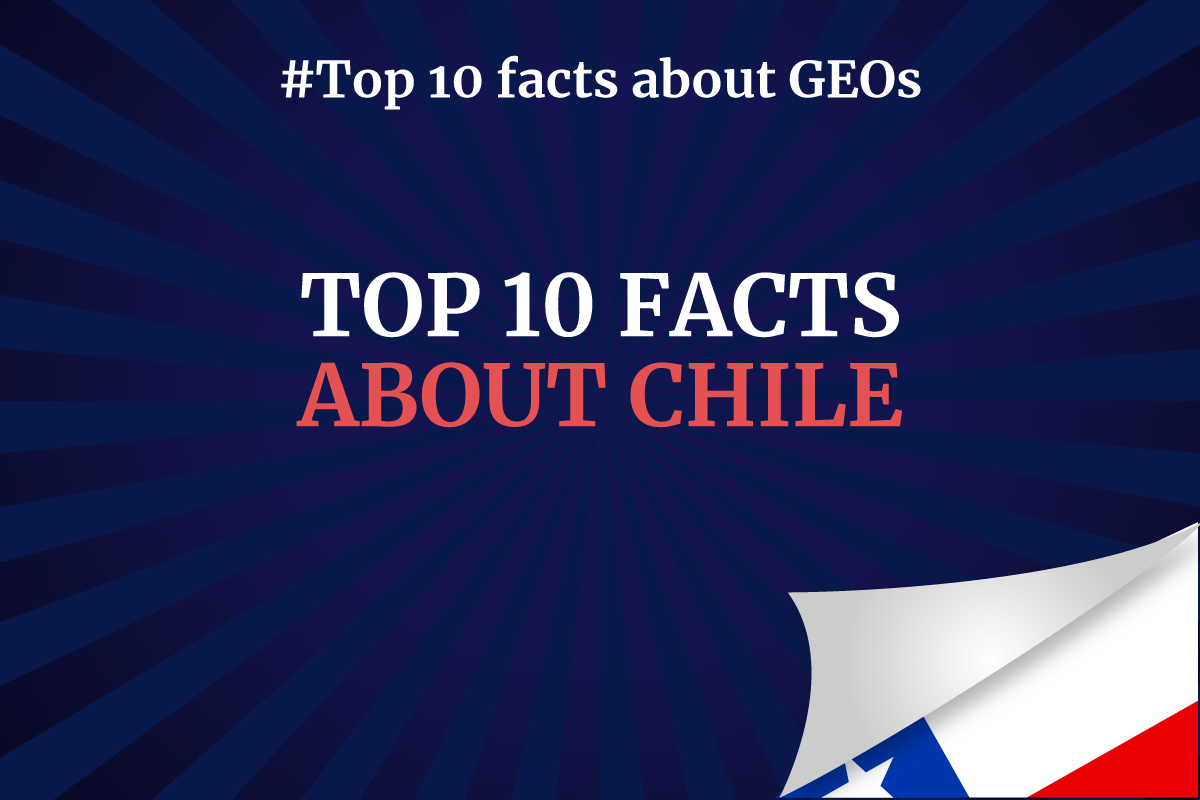 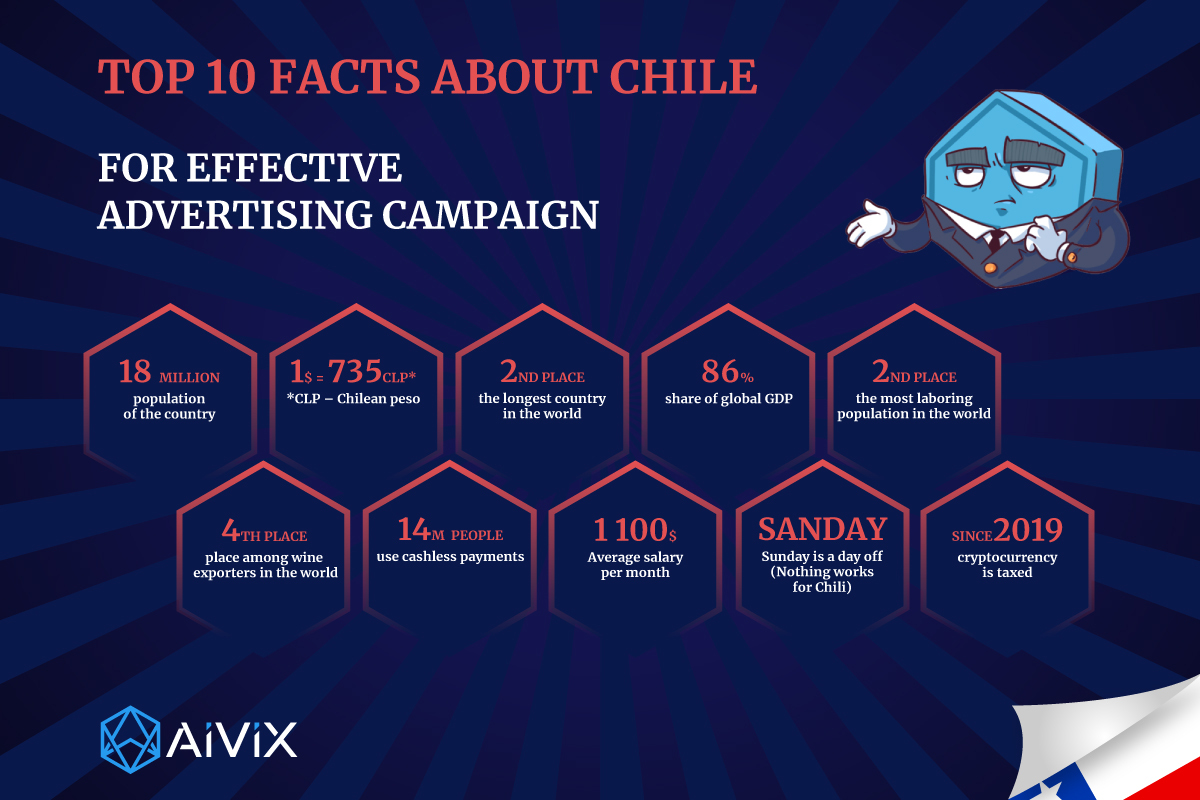 1. Geography and population in Chile

7. Working days and holidays in Chile

1. Geography and population in Chile

The capital of Chile is the city of Santiago. It was founded by the Spanish conquistadors in 1541. The population of the capital is 5.4 million people, which is 36% of the country's population. 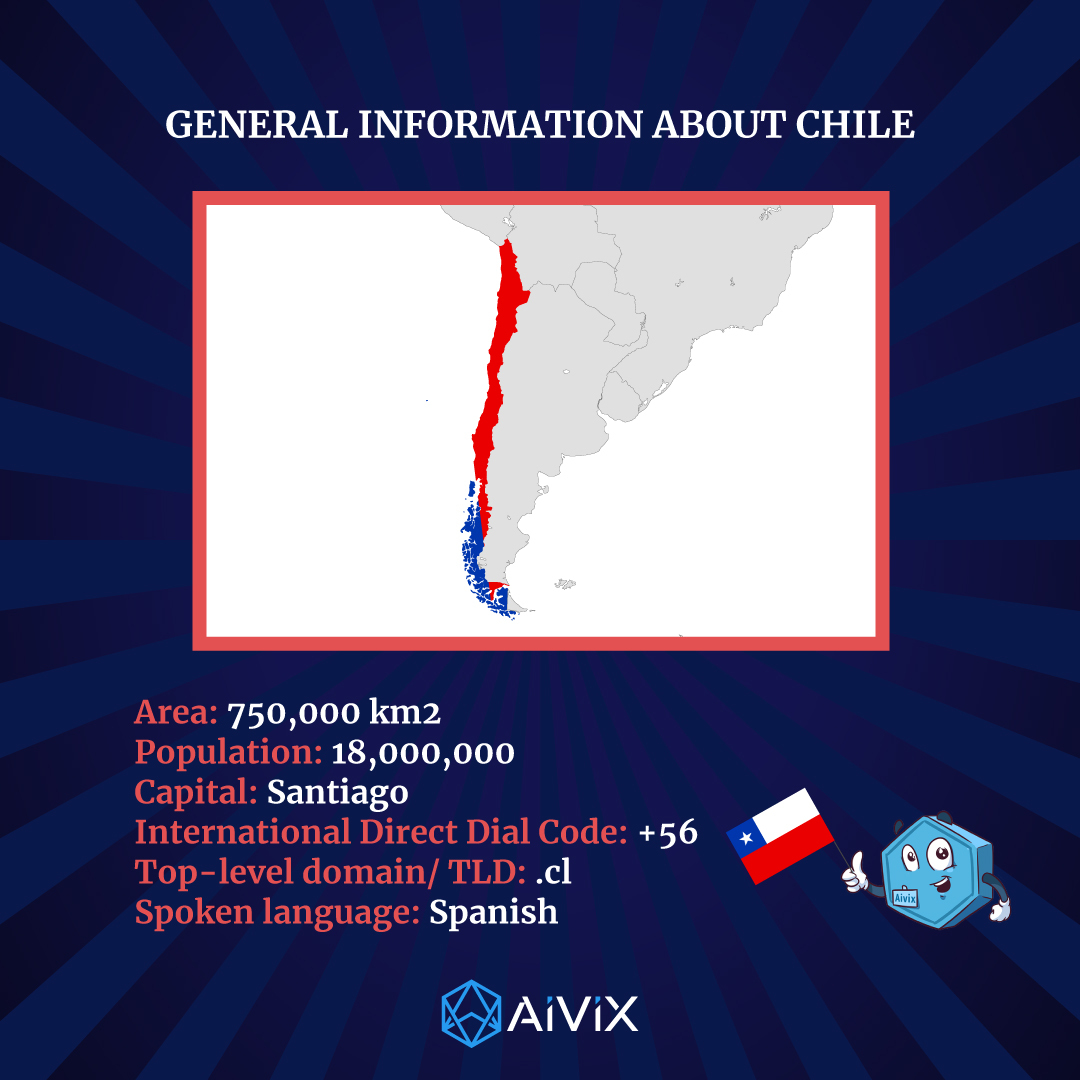 The official language of Chile is Spanish, which is used in all government institutions and laws. 14 million from 18 million people consider Spanish to be their native language.

Chile is considered one of the most prosperous economies in South America and the most stable country in the region. It ranks first in Latin America in the field of human development, globalization and competitiveness. With a population of no more than 17 million people, 49% or 8.4 million users use the Internet, 96% of which are Facebook users.

This is good news for Internet marketers and companies engaged in lead generation*, because CPC (cost per click) on Facebook Chile is only $0.31, which means that most Chileans can be served ads with a relatively small budget. The Facebook activity also tends to be more interactive, as Chilean Facebook users spend more time on the site than average Facebook visitors, spending an average of 33 minutes per visit on the site.

According to ComScore, Chileans spend 29% of their online time on social bookmarking sites. 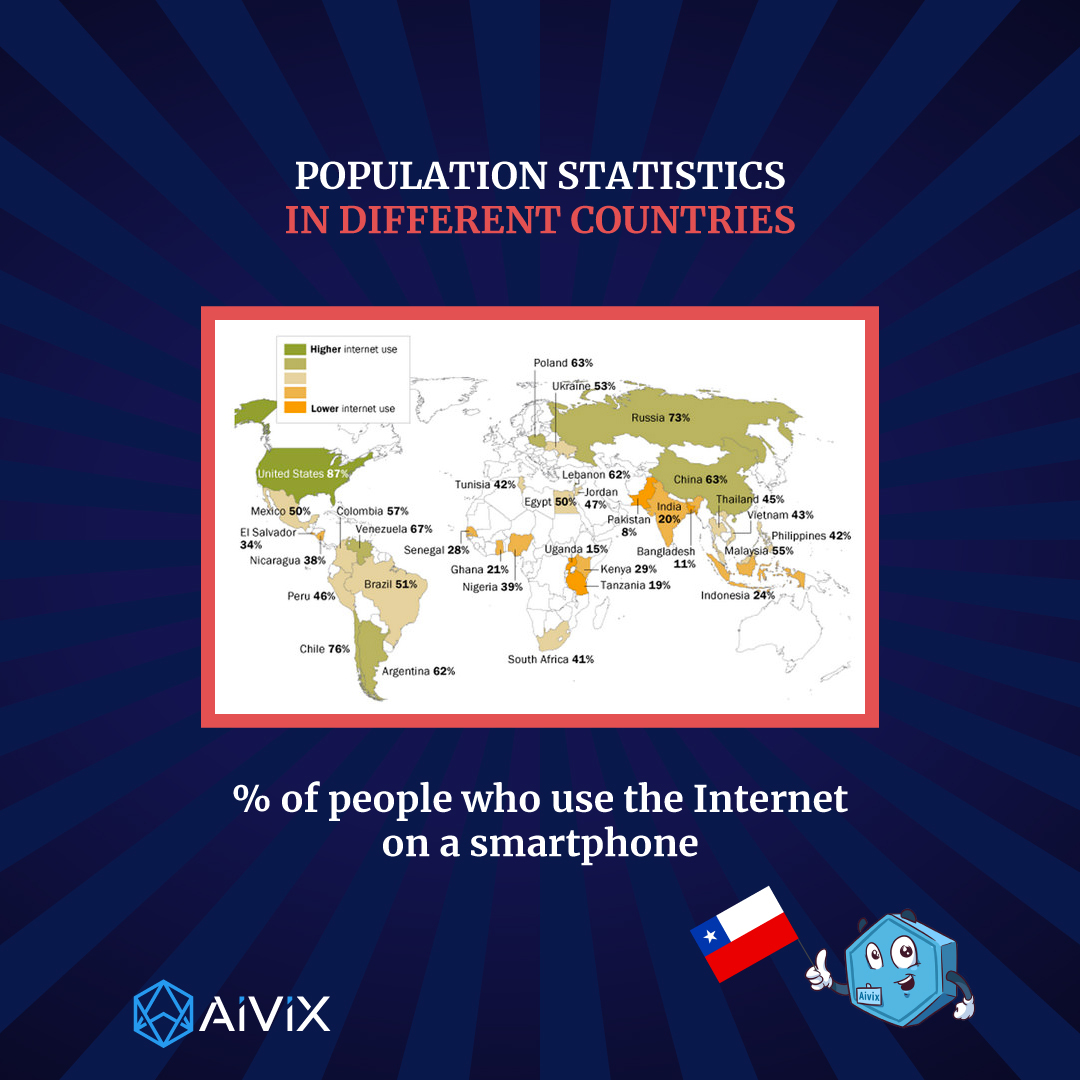 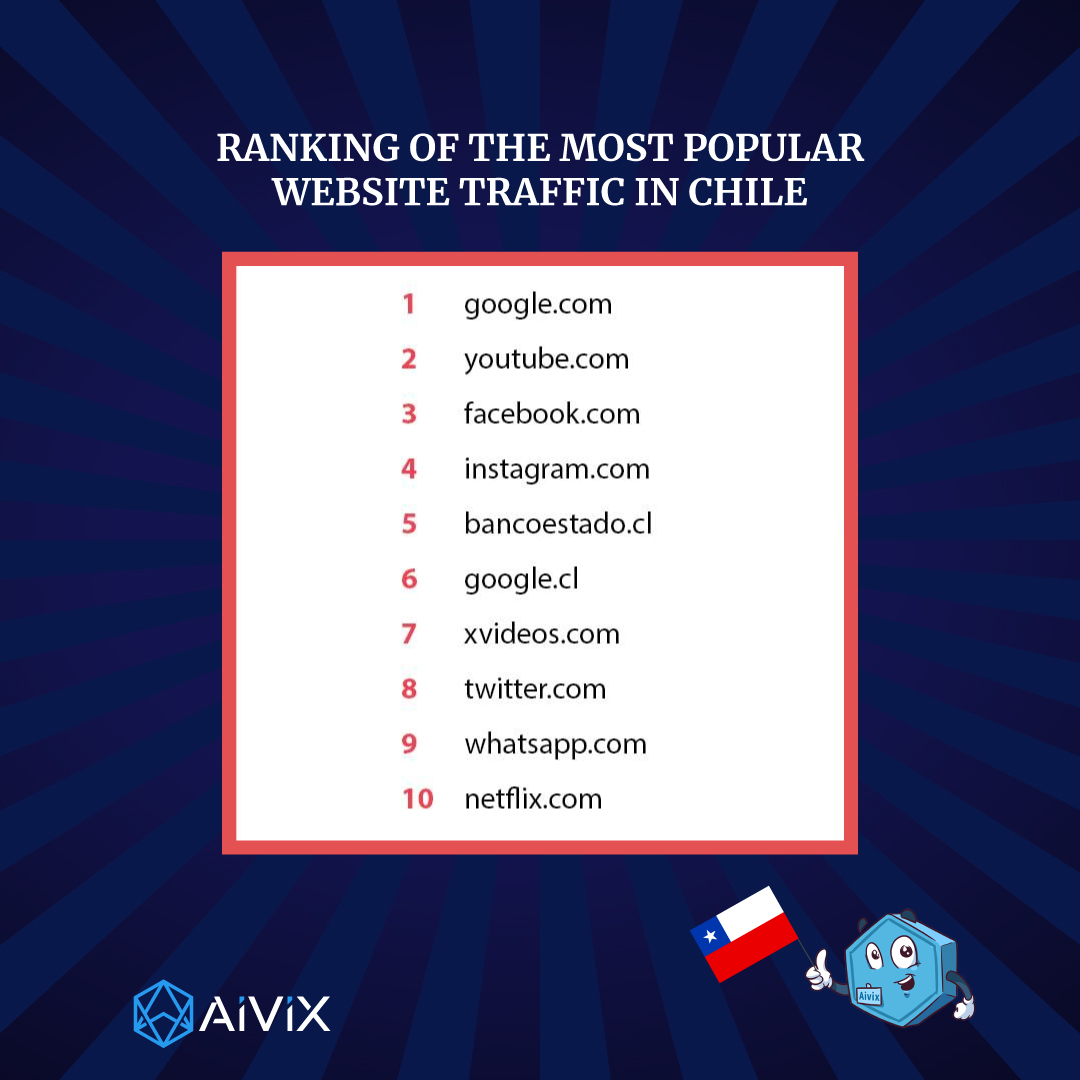 7. Working days and holidays in Chile

Chile ranks 2nd of the most hardworking countries in the world.

The average annual number of working hours - 2102. About 16% of Chileans work more than 50 hours a week. Chileans work approximately 300 hours more per year than the average American. The only condition is that they must have 24 hours off a week. People try to give their best and get good money for it.

Mañana. Chilean time is similar to Italian time. Here, if you made an appointment and did not clearly indicate the time, then you will meet “mañana” or “tomorrow”, and most likely in a week, and even more likely never. Being limited geographically, locals do not like to limit themselves in time.

Day off. Just like in France, in Chile Sunday is a day off for everyone except the large shopping centers. Drinking coffee or sitting with friends in a cafe will not work, because everything is closed. The city seems to be dying out, all people most often sit at home. The Chileans call Sunday “Boredom Day”.

Official holidays and weekends in Chile:

Chileans are, firstly, hot Latin Americans, and secondly, they are the descendants of the Spaniards, with their passionate tango and bullfighting (by the way, this cruel entertainment is not exist there). It is fair to say that Chile is at the end of the earth. On the one hand, the country is washed by the Pacific Ocean, and on the other, it is tightly closed by the Andes. This isolation from the entire civilized world has done its job.

They have an insular mentality. They travel only in their own country. 90% of Chileans did not leave the country. Moreover, they are not interested in what is happening outside their world. Their world is Chile. Such is the limitation, as if there is a limit, a ceiling of desires. There is no spontaneity in them. Everything is planned and predictable. Life goes on a knurled rut, from which no one even desires.

What topics of conversation should you avoid? Do not criticize any aspect of Chile, even if your Chilean comrades make such remarks. Better not to mention the countries surrounding Chile - Argentina, Bolivia and Peru. There is a lot of competition between them. Do not discuss human rights violations and the Araucarian Indians.

The main characteristics of the Chilean mentality:

The research found that 8 in 10 (83%) Chileans have made online purchases in the past 6 months. Compared to the last measurement last year it is an increase of 10 points (73%).

Interesting research findings suggest that while millennials and centennials are the driving forces behind this buying behavior, it is the older groups that are more likely to be on the sidelines of e-commerce. For example, people aged 55 to 64 increased their declared purchase by 28% compared to 2018, while people aged 65 and over increased by 21%.

In terms of the main characteristics of e-commerce mentioned by Chileans, the most notable ones are: convenience (75% of those surveyed), the ability to compare products and prices (50%), time savings (44.5%) and access to the best prices (36%). The indicator of the ability to find products that are not in regular stores also receives a corresponding percentage of mentions (30%).

Another relevant research data showed that 58% of users of online sites always read the comments that other people leave about products. The above reflects the importance of user experience when purchasing an article and what they can share in the comments.

These images show everyday objects where appear mouths after fingers can touch them, in order to taste a little KFC chicken (Work of Lamano Studio in Chile). 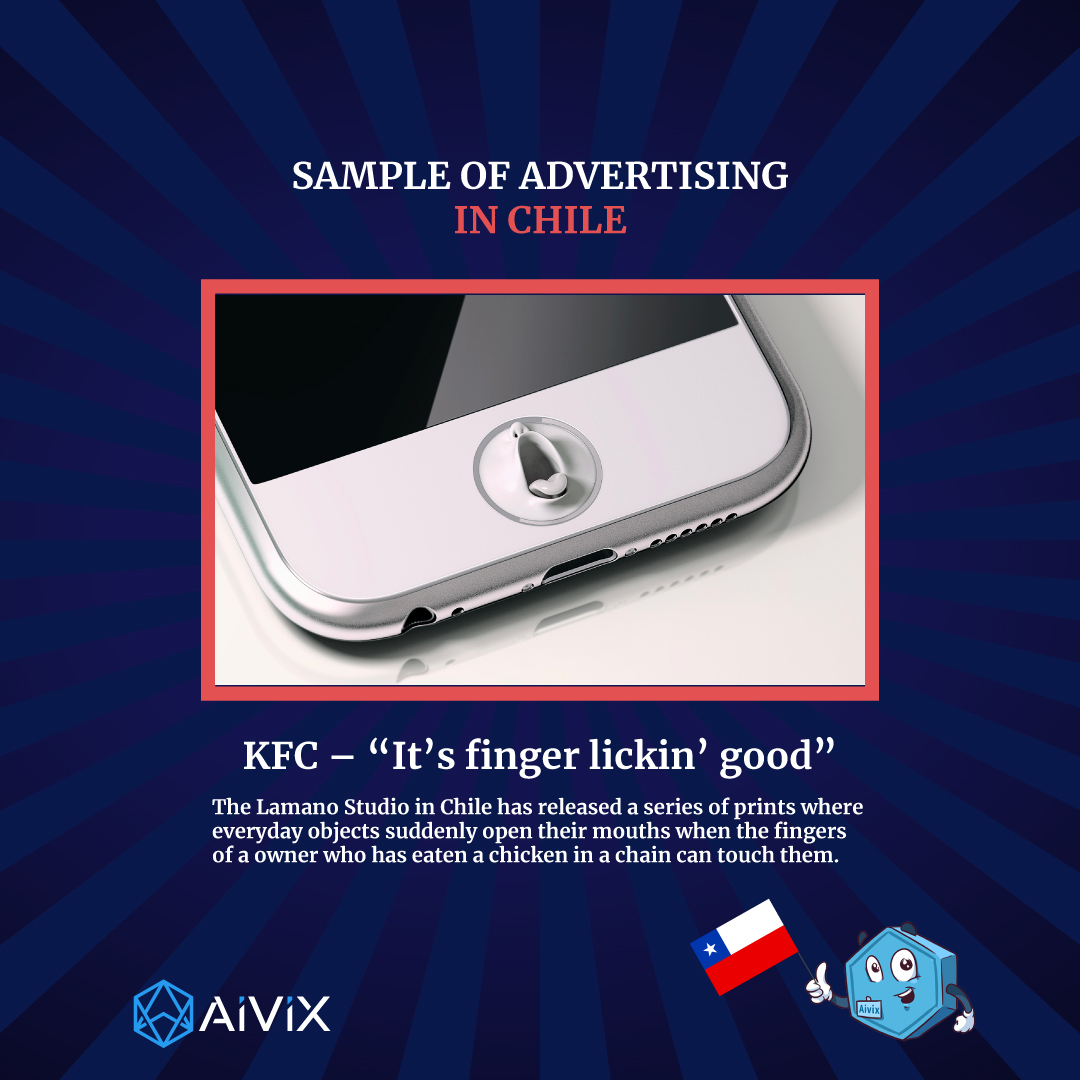 Felipe Lappine, Finnish Minister of the Chilean Government, has entered the bill on the regulation of digital currencies and other financial technologies. Instead of the same rules, the law considers different approaches to regulating existing business models.

The industry of the South American country is actively developing, and, as in most countries of the world, Chile has not developed the proper rules for regulating ethics. The Minister emphasized that the new rules will help to eradicate illegal activities with the use of digital currencies.

Chileans will have to pay taxes on profits from cryptocurrency trading. The country's Internal Revenue Service (SII) has added a cryptocurrency section to the form that Chileans must complete annually. Apparently, amendments to taxation began in 2019, since last year cryptocurrencies were not taxed.