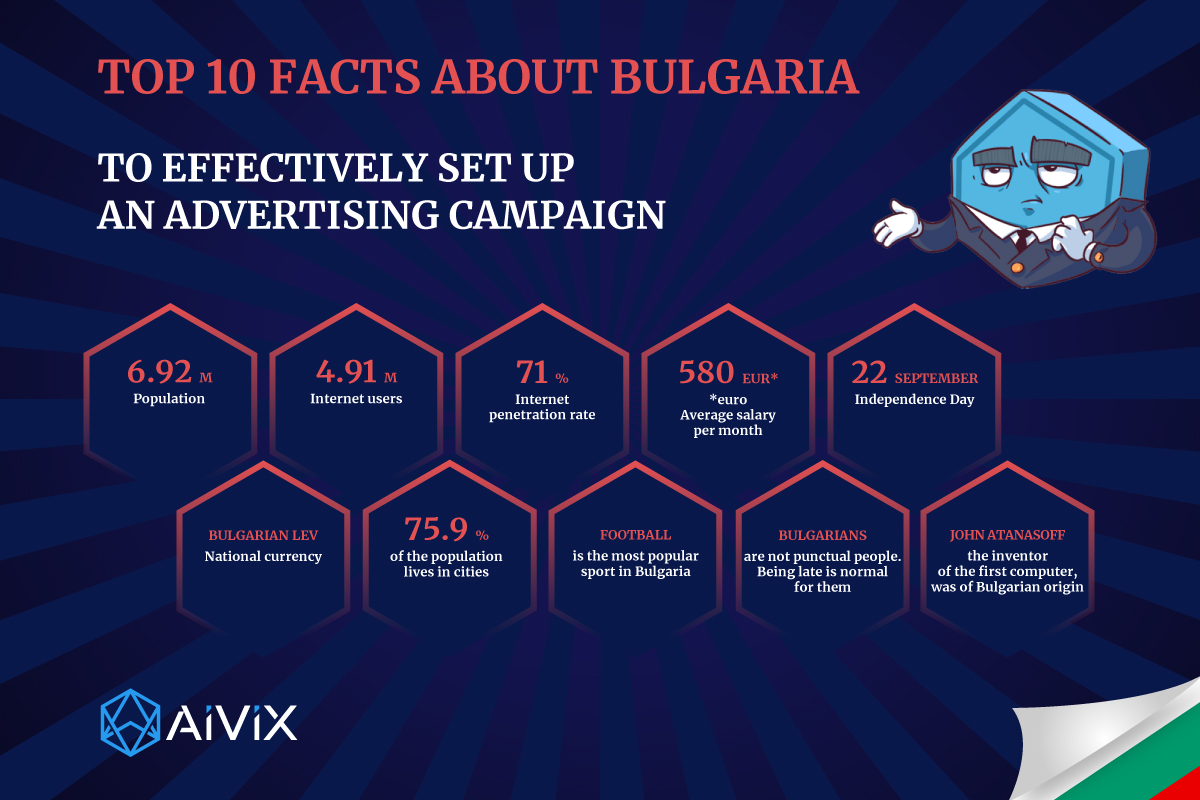 Geography and population of Bulgaria

Bulgaria is in a favorable geographical position, as important transport routes pass through the country. It also attracts more than 2 million tourists a year. The country's economy is gradually developing.

Bulgaria is located on the Balkan Peninsula. This is Southeast Europe.

In the south - with Greece and Turkey.

In the north - with Romania.

In the west - with Macedonia and Serbia.

The east of Bulgaria is washed by the Black Sea. The country has many hilly areas and mountain ranges:

Major maritime transport routes pass through Bulgaria - from the Mediterranean and Black Seas to the Atlantic Ocean. This allows the state to establish trade relations with both Europe and Asia.

Most of the soil in the country is used for growing various crops. The stock of mineral resources in Bulgaria is small. 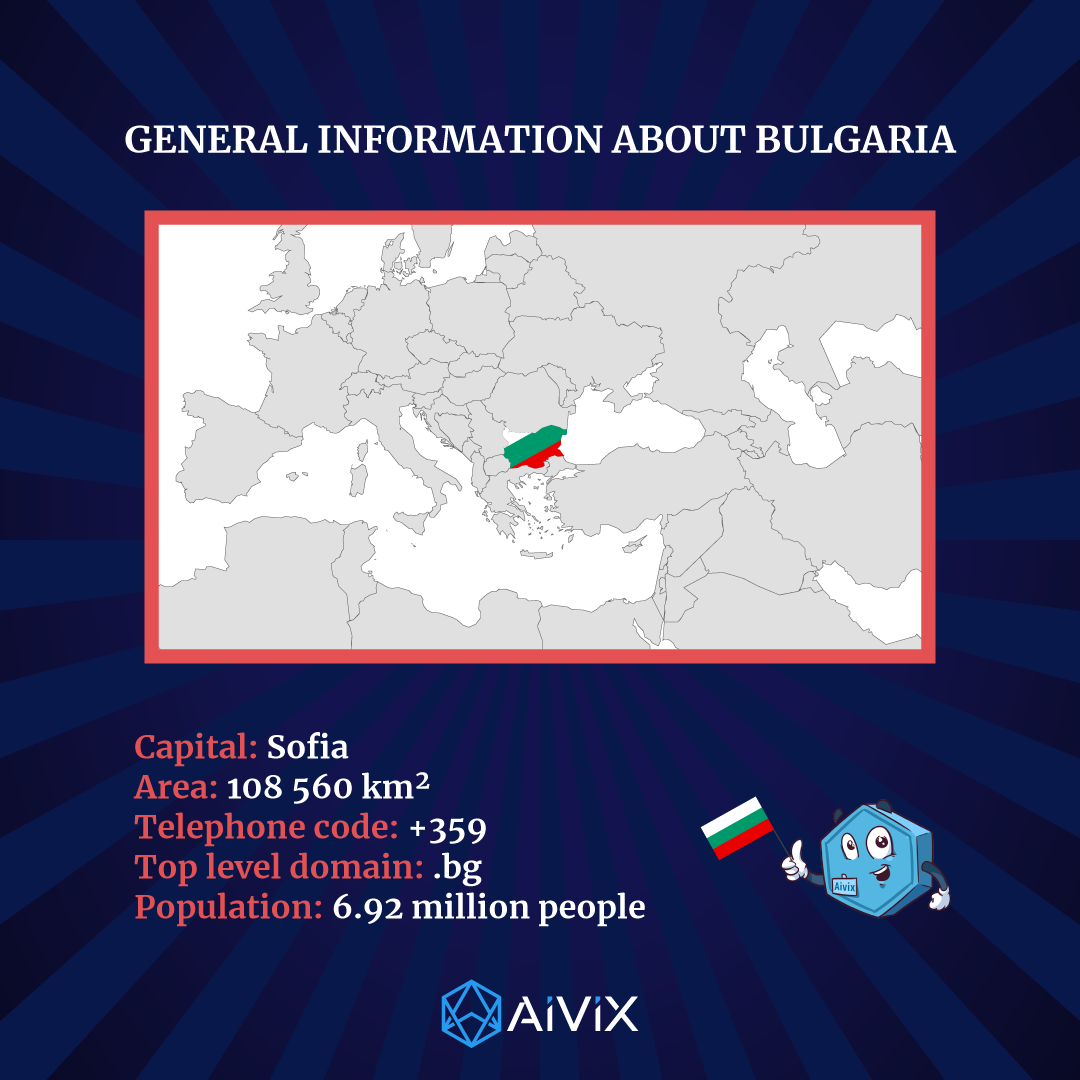 If we count all the residents of Bulgaria, then their total number will be 6,951,482 people. The population density in Bulgaria is 62.63 hours per km². The country is home to approximately 3.3 million men and 3.5 million women.

The main language is Bulgarian. It is included in the list of 23 official languagesof the EU. More than 85% of the country's inhabitants speak Bulgarian.

Turkish is also widely spoken on the territory of Bulgaria, it is spoken by more than 9% of the inhabitants. Russian is the native language for 0.23% of people living in the country.

According to the current legislation, citizens of Bulgaria must learn the state language.

The monetary unit of Bulgaria is the Lev. It consists of 100 stotinki. The Bulgarian lev is denoted by three letters - BGN. In 2002, the national currency was pegged to the euro. Now for 1 BGN you can buy 0.51 EUR.

In Bulgaria, banknotes of several denominations are used:

In the near future, the Bulgarian government plans to completely switch to the Euro. But now the law obliges to make all payments in BGN. And even if the prices for goods and services are indicated in euros, you will have to pay the billed price in Lev. 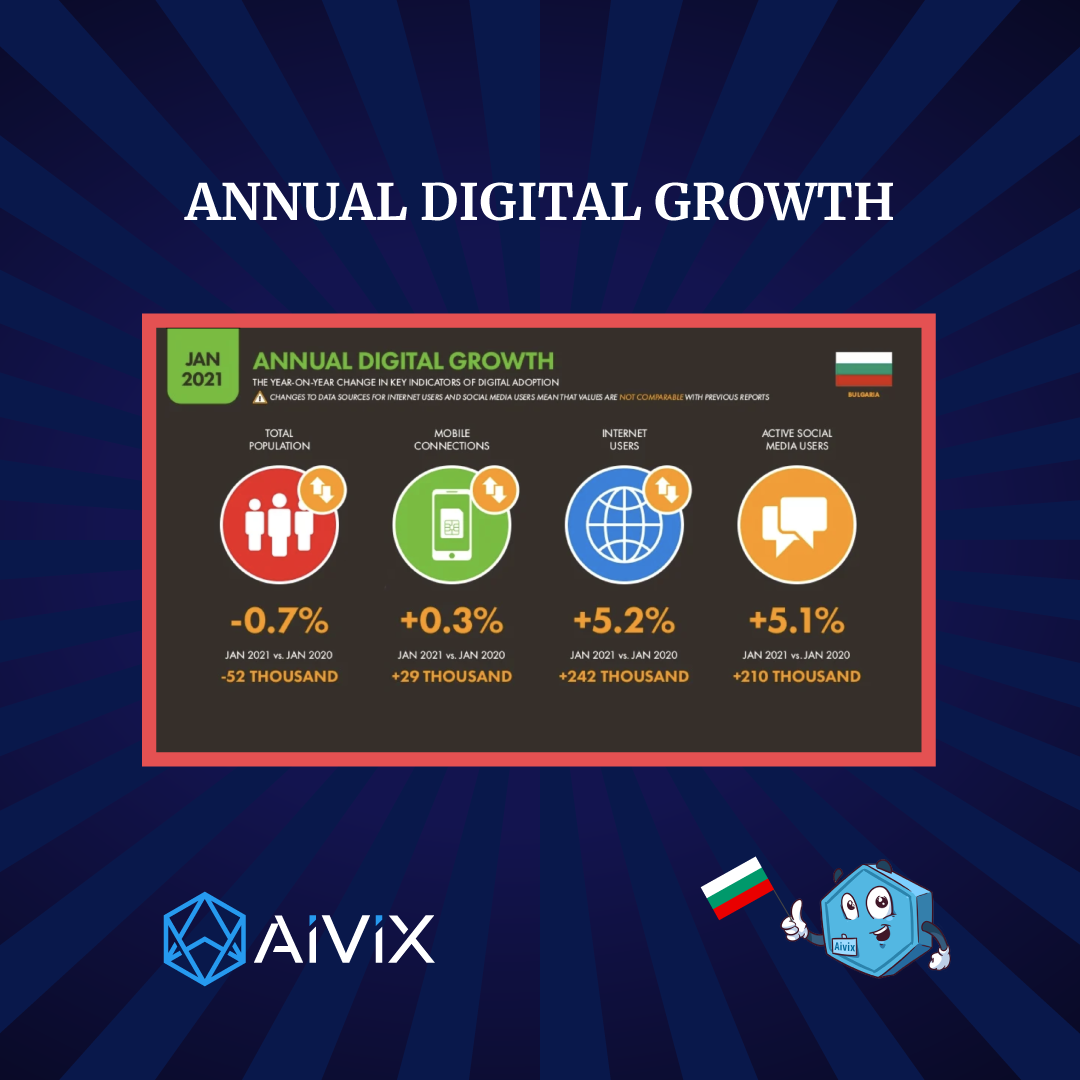 Bulgaria has a good selection of mobile and wired internet connection offers.

Some providers have a data transfer rate of 100 MB/s, although not all can offer such conditions.

Wi-Fi is both free and for money. Wireless internet is available in all hotels. But it is important to consider that in the rooms it will be paid - from 2 to 10EUR per day. Free Wi-Fi is available in the lobby area.

You will not have to pay for the Internet on the equipped beaches of Albena and Sunny Beach. The conditions for using Wi-Fi in cafes and restaurants may vary - you need to check on the spot. There is a free network at McDonald's.

To get access to the mobile Internet, you need to buy a SIM card. You can do this in any places where there are outlets and cash desks:

- mobile communication salons and so on.

After purchasing a SIM card, you will need to conclude an agreement with a telecom operator. For this you need a passport.

There are currently 3 major players in the Bulgarian mobile communications market:

- A1 - leading operator with maximum coverage. There are many prepaid packages and several tariffs allowing for 10 LV. 6 GB of internet for 20 days for 12 LV for example. You can connect 12 GB for a month.

The account is replenished using special vouchers or terminals.

In the period from 2015 to 2017, the Bulgarian economy showed rapid growth. Then the development slowed down, because it is difficult for the state to compete with more developed European regions.

There are other indicators that deserve attention:

• Number of vacancies is more than 14 thousand types;

• Ease of doing business 61st in the world;

The government of the country is focused on the development of an open economy. The main task is reduced to effective political and economic integration into both world and European structures.

Many large Bulgarian companies are the property of the state. A few examples: BZD, NEK, Balkan-car and Bulbank. The value of these companies is falling every year. The most effective way out of this situation is to abandon mixed ownership. World experience has shown that enterprises owned by private individuals and the state are not profitable. 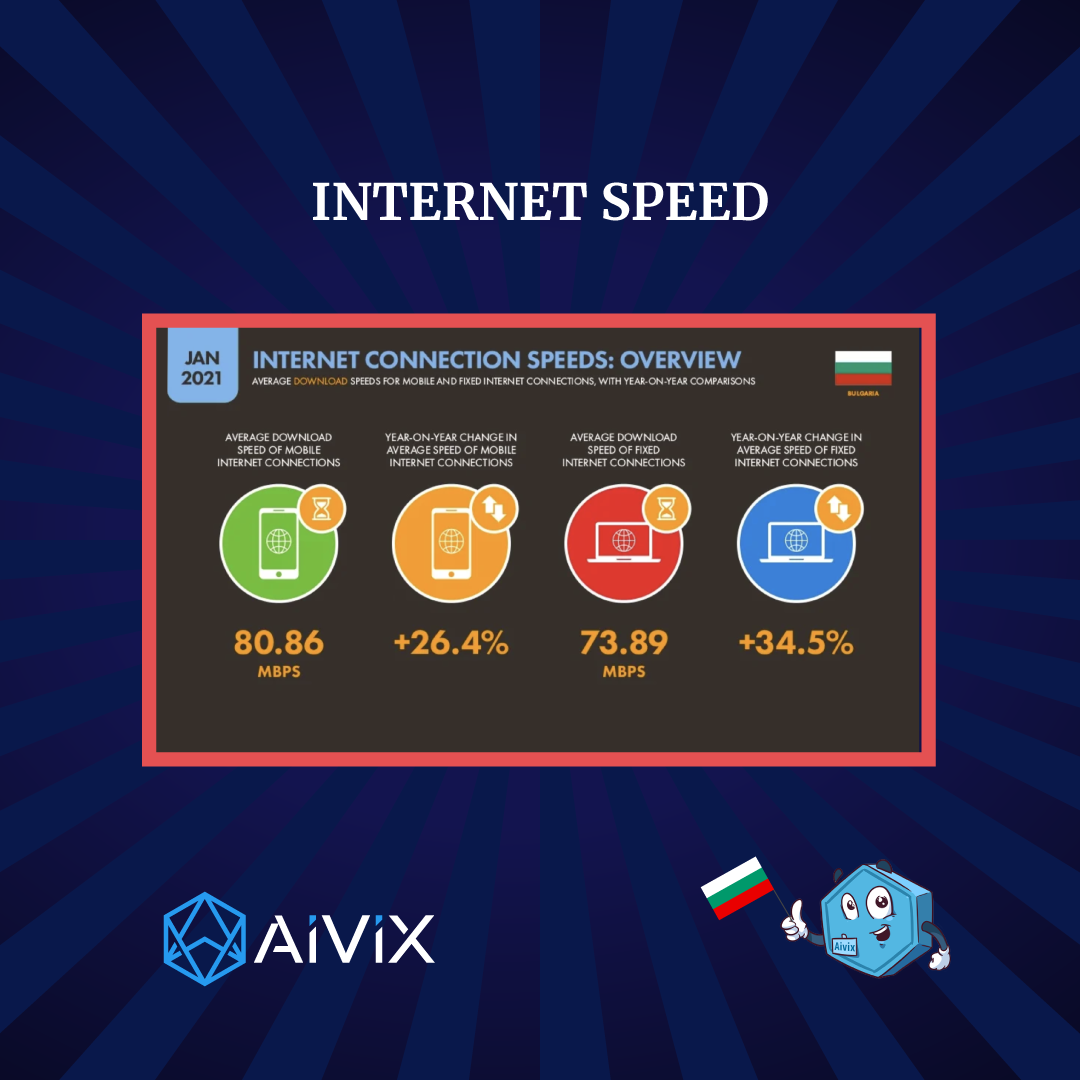 The minimum monthly salary in Bulgaria is determined by the Council of Ministers. In 2021, this figure in Bulgaria was 650 LV. This is 332 EUR. Bulgarians get at least 3.92 LV per hour, and 7.8 thousand LV per year.

10% income tax is deducted from the salary income. The average salary in Bulgaria after taxes is at the level of 1.1 thousand BGN per month. This is 580 EUR.

Below in the table you can see the difference in the income of specialists from different sectors.

The place of residence also affects the level of salary. For example, in Sofia the average salary is 1950 BGN. In small towns like Silistra and Vidin, people get significantly less - from 963 to 1024 LV per month.

The highest incomes are in the southwestern part of Bulgaria. There people get an average of 1785 BGN. The lowest salaries in the north-west of the country are up to 1133 BGN.

Working days and holidays in Bulgaria

Holidays in Bulgaria are worth knowing, because visa centers and the Consulate General do not work on these dates.

There are several holidays in the country, during which citizens have a rest for 3 days:

- Day of Unification - from 4 to 6 September

Below you can see the complete list of Bulgarian public holidays in 2022.

The longest holiday is on Christmas - it lasts from December 24 to 28. 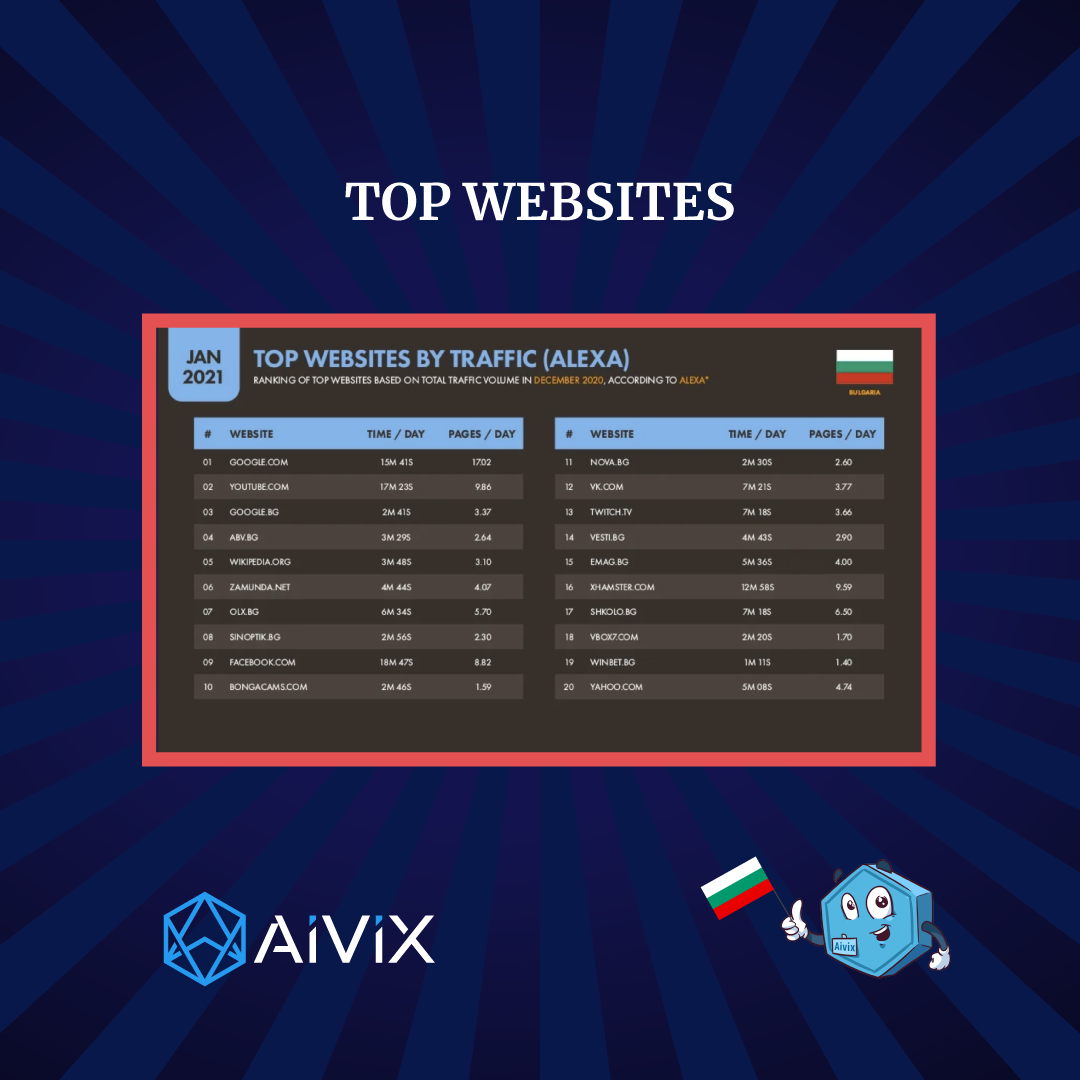 The vast majority of tourists note that people in Bulgaria are friendly and willing to make contact. Neglect or attempts at distance are not noticed.

One reason for this behavior is the growing tourism market. Small businesses and ordinary residents of Bulgarian cities have not yet had time to get used to stable and large flows of tourists. Also, the pandemic has made the visits of guests noticeably more rare, so those who are ready to relax in a civilized way, buying local goods, are happy to see. The beaches in Bulgaria are not crowded, as in popular resorts, and you can always find free places in hotels.

There are several positive features of communicating with Bulgarians:

• If you ask a local resident something, he will stop to answer. The answer itself will be detailed, while the Bulgarian will try to understand the question of the tourist as accurately as possible. If a resident of the city cannot help himself, he will most likely call his friends.

• Bulgarians easily move on to protracted dialogues. If you just want to talk, then there will be no problems with communication. In such conversations, you can find out a lot of useful information regarding prices and features of the holiday.

• Bulgarians often give gifts. In most cases, these are fruits.

There are certain downsides too. For example, within the most popular resorts, there may be a consumer attitude towards city visitors. But all this without rudeness and disrespect.

Bulgarians brightly celebrate holidays and remember the customs. In general, the people of Bulgaria are a kind and somewhat conservative people who have managed to preserve traditions with minimal changes.

If we analyze the data provided by the Bulgarian Association of Communication Agencies (BAKA), we can see that the digital advertising market demonstrates the fastest growth. Social networks have become the most effective advertising channels.

In the period after the start of the pandemic, the average volume of the advertising market in Bulgaria was at the level of 450 million leva. The TV industry received the largest share of funds - 54% of all investments went to television advertising products.

In other segments, investment is declining. These are the following areas:

The fall in the level of investment is measured in double digits. For example, cinemas began to receive 48% less advertising money. The slowest decline in investment is observed in the segment of radio advertising.

Despite the difficult business conditions amid quarantine measures, there are reasons to expect the advertising market to recover.

The average expected level of media inflation is 10%. Experts predict that by the end of 2023 the volume of the advertising market should reach approximately 590 million leva.

Analysts expect the total investment in digital channels to exceed BGN 197 million in 2023. 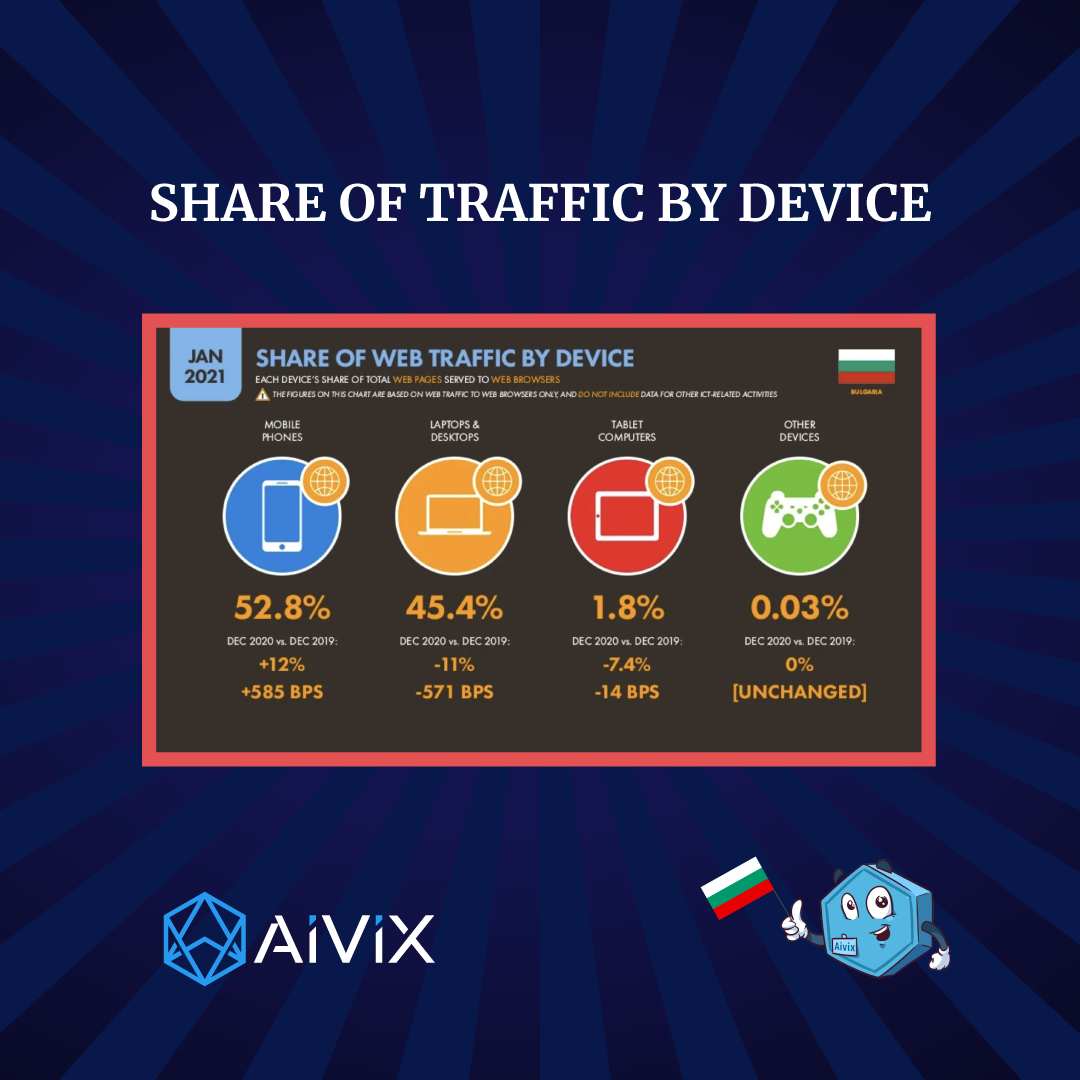 Bulgaria recognized the legitimacy of bitcoin back in 2014. The main condition for using digital money is the payment of 10% from all sales and exchanges.

The National Revenue Agency of Bulgaria does not differentiate between fiat and cryptocurrency transactions. For any exchanges and sales involving coins, you need to report in the standard mode. This refers to the tax return, which is submitted before April 30.

There is no full-fledged regulatory framework for the regulation of crypto assets in Bulgaria. There is no law that would allow to control the mining process on the territory of the state. At the same time, there is no ban on this method of obtaining digital assets.

Those who will mine virtual assets in Bulgaria will not need to obtain a license for their activities. The most suitable format for conducting such a business is an LLC.

Crypto exchanges have received additional attention from the Bulgarian authorities. Back in 2019, the National Tax Agency managed to check the platforms themselves and the clients of these services. The main reason for this reaction is the assumption that exchanges can conduct a large number of shadow transactions.

For those who plan to make money with online business, Bulgaria is one of the most convenient countries. There are several reasons for this:

As a result, cryptocurrency in Bulgaria can be freely mined and sold. But you have to pay taxes for it.