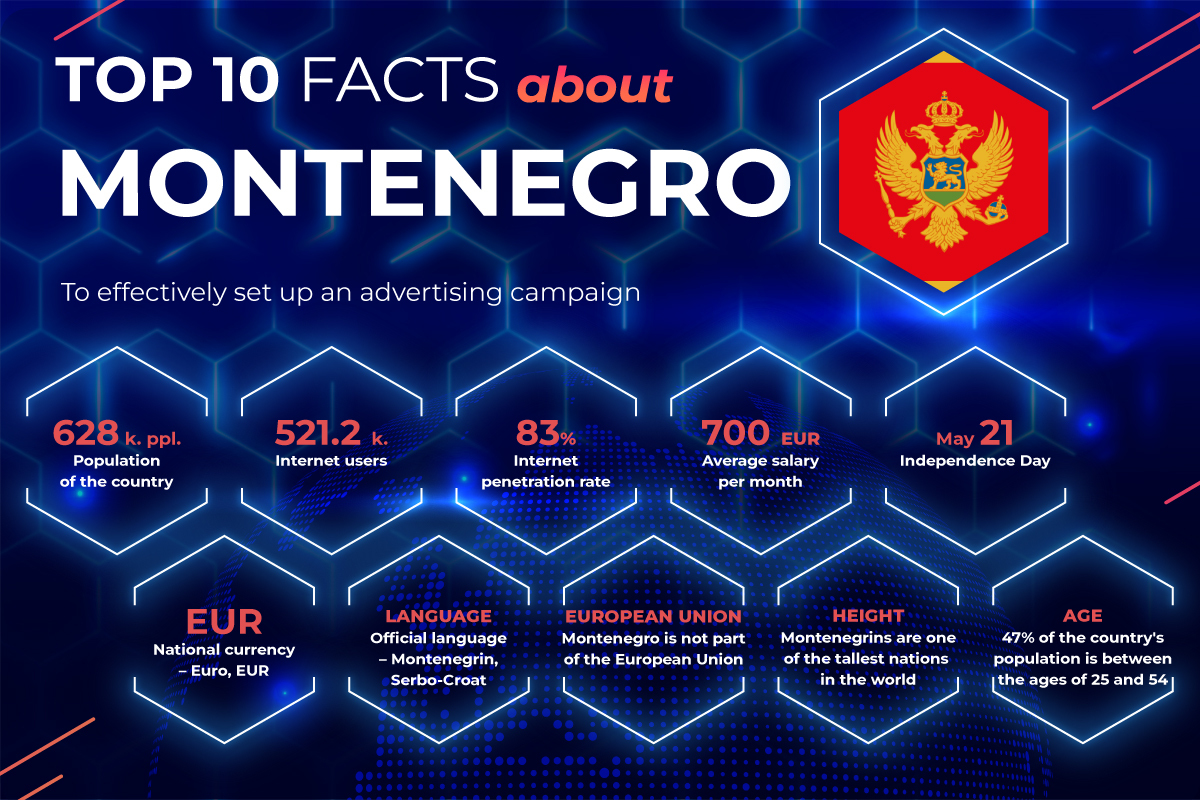 Montenegro is the smallest country in Europe, which, nevertheless, has something to surprise visitors. Many sights, historical monuments, and natural beauties are located here. The local cuisine and a variety of entertainment will not leave you indifferent.

This country has a fascinating history - it received its independence only in 2006, and before that, it was part of Yugoslavia. And today Montenegro is trying to restore her national and cultural identity.

Montenegro is a Balkan country with an almost completely mountainous relief, from the southwestern side it goes to the Mediterranean Sea. The soil is predominantly barren and harsh, and the flat coastal strip (almost 300 km long) is very narrow, as are the large valleys.

Mountain ranges significantly exceed 2000 m, and the highest point of the country is reached on the border with Albania - Zla Kolata (2534 m).

Along the coast and in the Gulf of Cattaro there are several islands and islets, the largest, Ada Bojana (4.8 km²), is located between two branches of the Bojana River delta, near the border with Albania; the island of Vranjina (4.6 km²) is located on Lake Scutari.

The climate is Mediterranean in the coastal zone but becomes more continental and harsh when you move inland. Summer temperatures are pretty high, while winters are milder near the Adriatic, and precipitation is quite significant, especially in autumn and winter.

In terms of administrative division, Montenegro is divided into 24 municipalities, the only major cities are the capital Podgorica (192,000 residents), and Niksic (56,200 residents) - the rest are quite small. At the same time, the level of urbanization is 64%.

The ethnic composition of the population is quite fragmented: Montenegrins 45%, Serbs 29%, followed by Bosniaks (9%) and Albanians (5%); the majority of residents profess Orthodoxy (72%), while 19% are Muslims and 3% are Catholics. 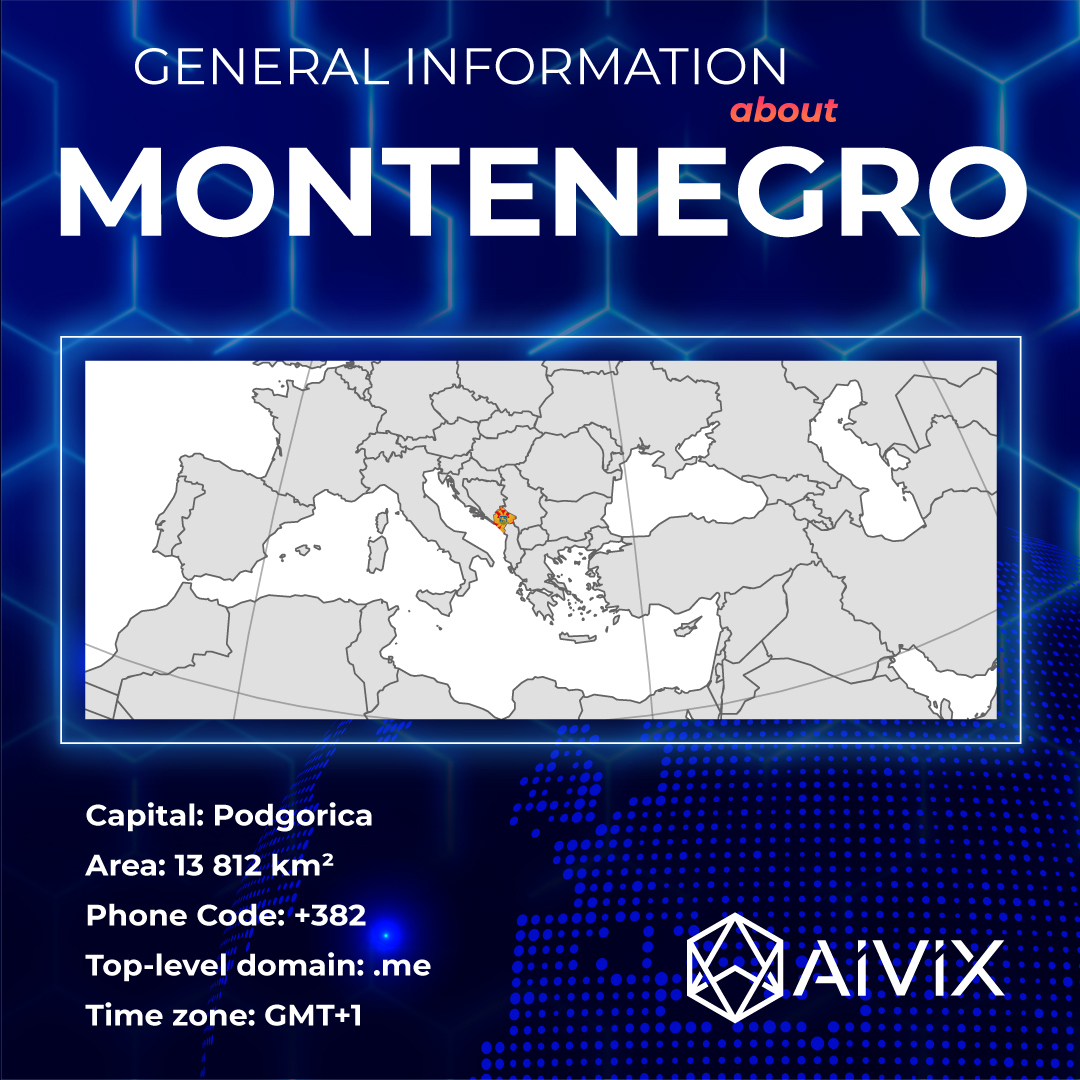 The official state language of the country is Montenegrin. It is a rather controversial linguistic phenomenon: it is not standardized, consists mainly of dialects without an established literary norm, and is very similar to Serbian. There is not even a fixed alphabet - you can equally use both Latin and Cyrillic. Russian is well-understood in the country and English is rather poorly known.

The official currency of Montenegro is the EUR.

There are no problems with the Internet in Montenegro, moreover, it is affordable by European standards. A tourist can buy a local SIM card, popular operators are:

1. One. Offers prepaid and postpaid rates, including packages for tourists for one day. A monthly package for 40 GB will cost 16 EUR, and 25 GB - 15 EUR.

2. Telekom. Much cheaper than the previous one. You can buy a 50 GB package from this operator for only 11 EUR.

There are also mixed tariffs at competitive prices that offer different amounts of traffic for surfing in the browser and using social networks. There are many offers, and they are constantly changing, so before choosing, it is recommended carefully study all the options.

There are no problems with finding Wi-Fi in restaurants and hotels either.

After breaking the political union with Serbia, Montenegro found itself in serious economic difficulties, so serious that it required the intervention of some major international financial institutions, including the International Monetary Fund, the World Bank, and the European Bank for Reconstruction.

Agriculture represents a minimal part of the productive activity, as the morphological structure of the country, mainly mountainous, makes the area available for cultivation limited. Cereals, potatoes, tobacco, citrus fruits, grapes, and olives are grown, mainly for their own consumption. Fishing is practiced in the waters of Lake Scutari, and sheep breeding is common in the mountains. The modest industrial apparatus includes food, woodworking, steel, and aluminum factories. The main resources of Montenegro are represented by the extraction and processing of bauxite (Podgorica and Niksic deposits), as well as the financial sector.

Although the economy of Montenegro was weakened by the economic sanctions imposed by the United Nations against the Federal Republic of Yugoslavia in the 1990s, today there is strong economic growth in the end.

A strong currency, the euro, and the free trade rule contributed to a significant increase in the gross domestic product of the Republic of Montenegro. In 2020, GDP was $4.7 billion compared to $4 billion in 2015.

Tourism is a fundamental resource for the country: it is a constantly growing sector, despite the fact that Montenegrin beaches are inferior to Thailand or Seychelles in popularity. 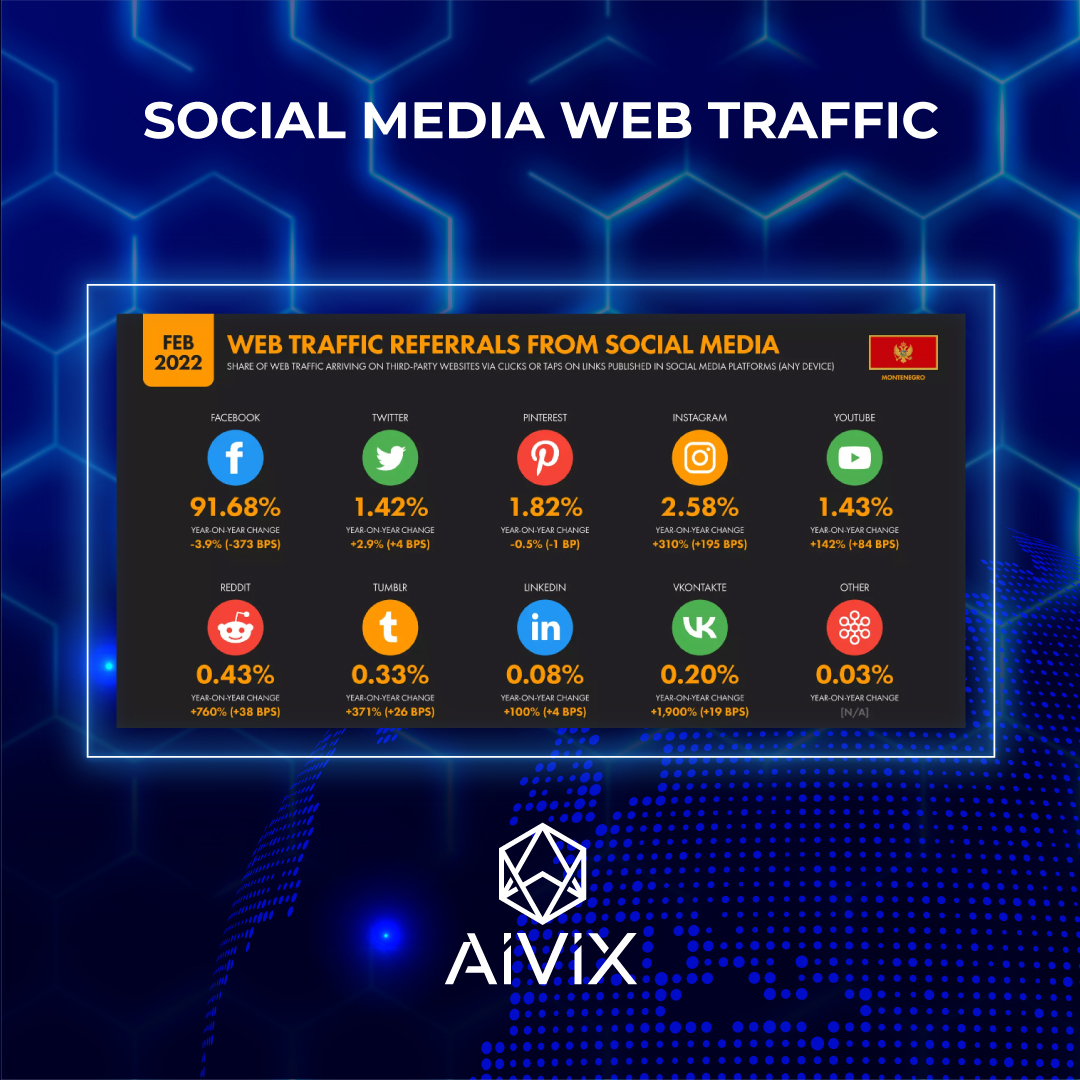 Representatives of unskilled professions usually have the smallest income: waiters, sellers, cashiers, guides, and maids can receive 400-450 EUR per month. However, during the tourist season, the salary increases significantly and the staff can reach 1600 EUR per month.

The employees working in finance and insurance earn the most - their income reaches 1,400 euros per month.

Average salaries are usually among representatives of the education sector - teachers and lecturers, - public administration employees, and builders. The average salary is about 750 euros. Doctors, social workers, and dentists earn a little more - about 850 euros.

Montenegro often becomes a favorite place for representatives of the IT industry who work remotely. The salaries of IT specialists allow you to live comfortably in this calm and relatively inexpensive country.

As mentioned above, Montenegro is a fairly cheap country compared to the rest of Europe. This applies to the cost of recreation, and the prices of ordinary life. A hotel or hostel at the beginning of the tourist season, with timely booking, can be found almost for free - for 20-30 euros per night for two people. However, prices also depend on the location - it will be more expensive on the coast than inland.

The availability of accommodation for tourists is due to the fact that the hotel business in Montenegro is still developing, and the vast majority of hotels are establishments with three, maximum of four stars.

It is even cheaper for large companies to rent apartments for rent. Housing for long-term rent is also inexpensive: not in the capital, you can find a good apartment for 300-400 or even 200 euros per month. In the country's capital, Podgorica, rent will cost an average of 500-600 euros.

You can move around by public transport (a ticket costs about 1 euro) or by a rented car, for which you will have to pay 25-30 euros per day. It is good to dine for two in an average restaurant - about 30 euros, and street cuisine will cost a couple of times cheaper. 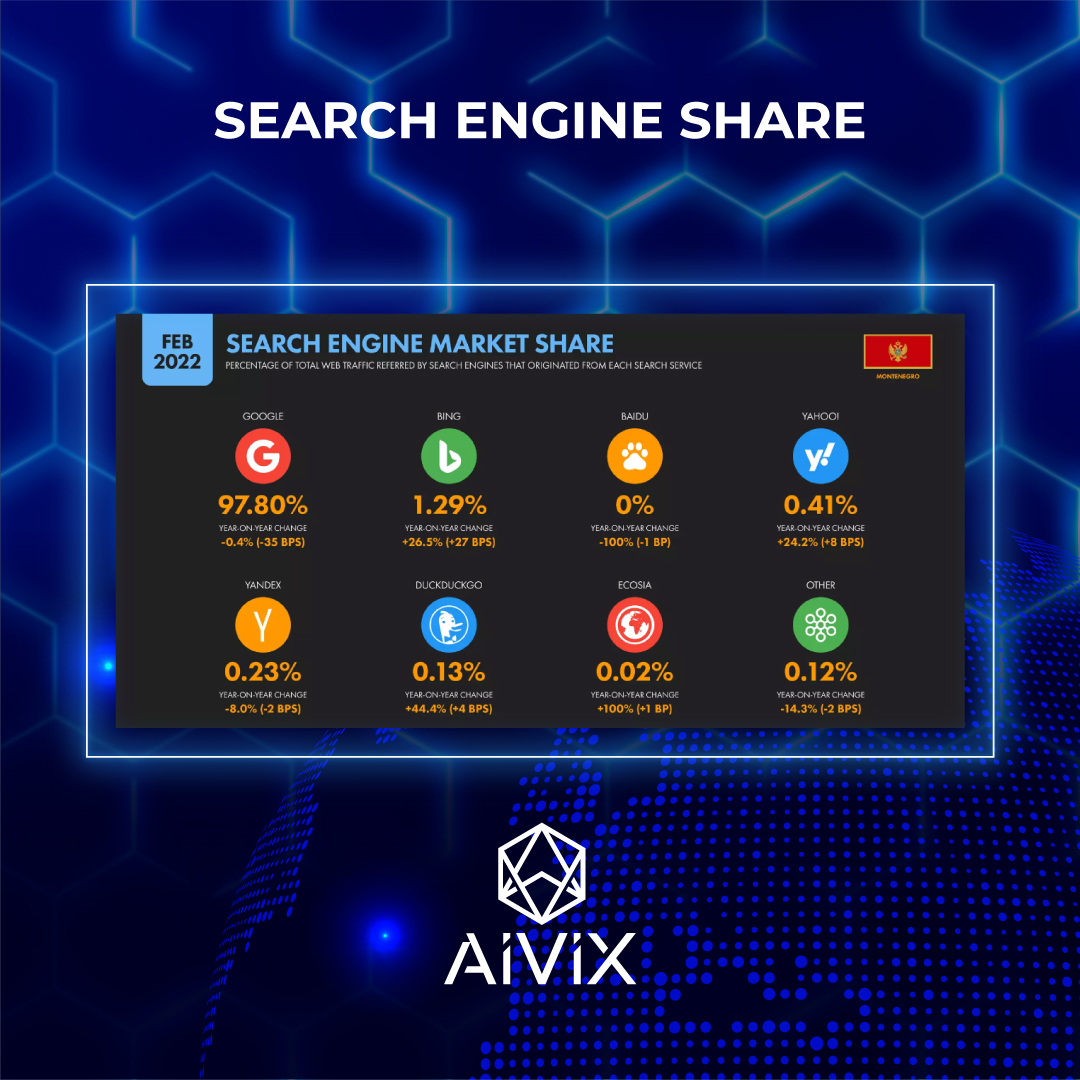 Medicine in Montenegro is not very well developed. There are few hospitals in the country and even fewer well-equipped medical institutions, and for some serious interventions, trips are made to neighboring countries. Residents of small towns and villages are especially unlucky - because of the common cold, they have to ride to another city. There are very few doctors in the country, good specialists are worth their respect - this is due to salary levels and career prospects.

Citizens of the country and foreigners who have received a residence permit can receive free medical care. There are also a number of private hospitals, but treatment in them is quite expensive - comparable to prices in developed European countries in the absence of similar quality. When planning trips, it is recommended to take out international medical insurance.

Secondary education in the country is compulsory and free of charge until the age of 14. After 14, you can stop it, or you can go to study at a vocational school. After that, you can get a specialty and go to work.

Higher education can be obtained at several universities, only one of which is public - the University of Montenegro. It is considered the most prestigious and offers quality training programs in a large number of areas.

The most famous holidays in Montenegro:

Religious holidays are celebrated mainly according to the Orthodox calendar:

During secular public holidays, almost nothing is open - including government offices, banks, and even grocery stores. On Orthodox holidays, institutions can also be closed, but in the case of private companies, the choice remains with the organization. Employees often take paid vacations to spend time with their families. 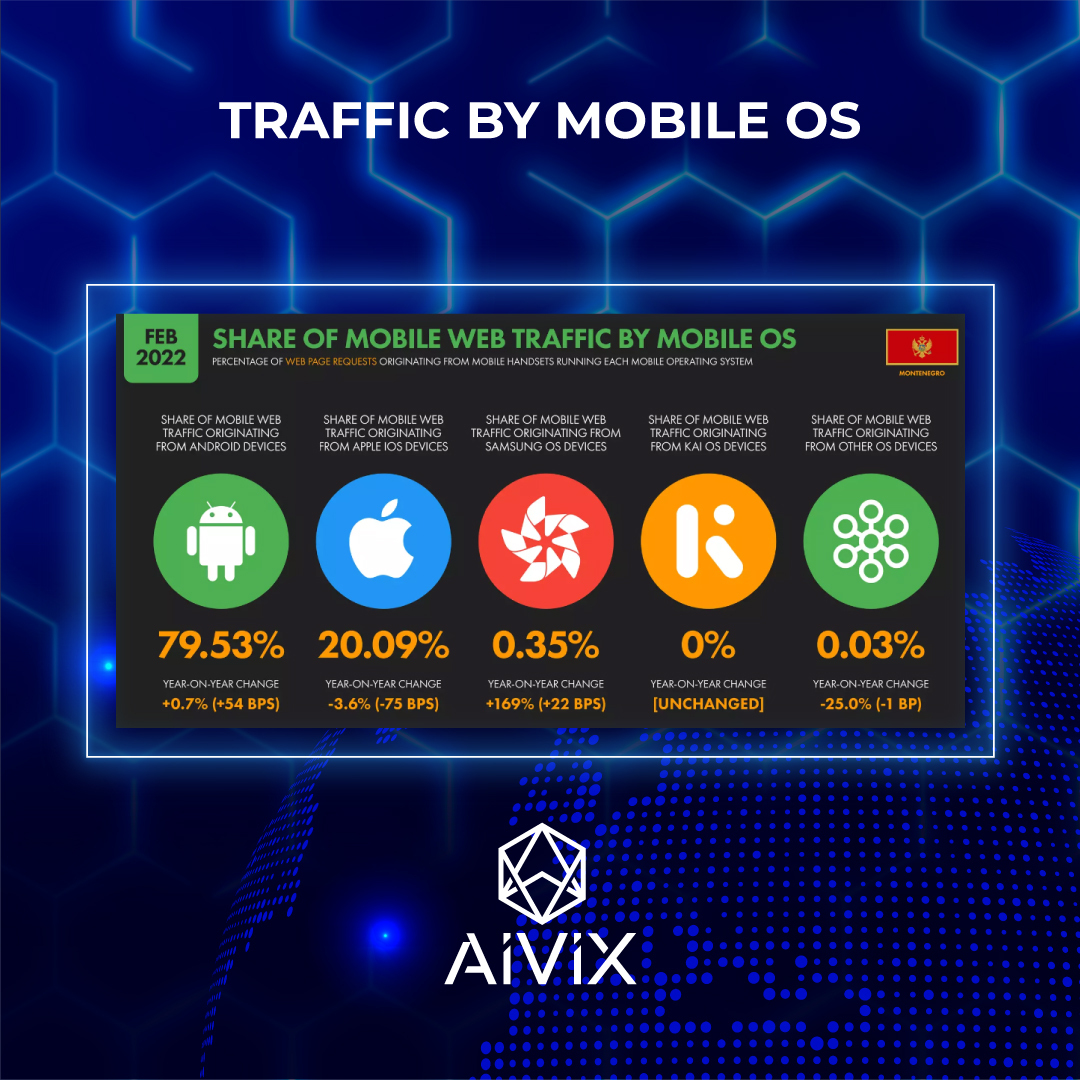 The mentality of the Montenegrins is close to the Eastern Slavs and has many similar features. For this reason, it is usually not difficult for migrants from the countries of the former USSR to quickly adapt and integrate into the local society.

Locals treat tourists kindly, with discouraging openness and care, which is not always associated with the desire to earn money. Much is also known to the Montenegrin Institute of the Family - relatives are honored and they try to help in everything, children are most often brought up gently, on the verge of permissiveness, which manifests itself even in relation to other people's babies.

And, finally, two important features of Montenegrins, which at first can cause an ambiguous reaction: slowness and optionality. Own comfort and the pace of life are put higher than punctuality, so being late for business meetings, friendly gatherings or corny work is in the order of things.

Montenegro strives to create optimal tax conditions for private companies, and this also applies to projects in the field of cryptocurrency. A more or less positive attitude has formed towards blockchain technologies, in contrast to the situation in other Balkan countries.

For entrepreneurs who decide to launch a new decentralized project, there is a special legal regime - the so-called sandbox, thanks to which, for a certain period, platforms can be tested without obtaining permissions and going through bureaucratic procedures. Then you can get a license. 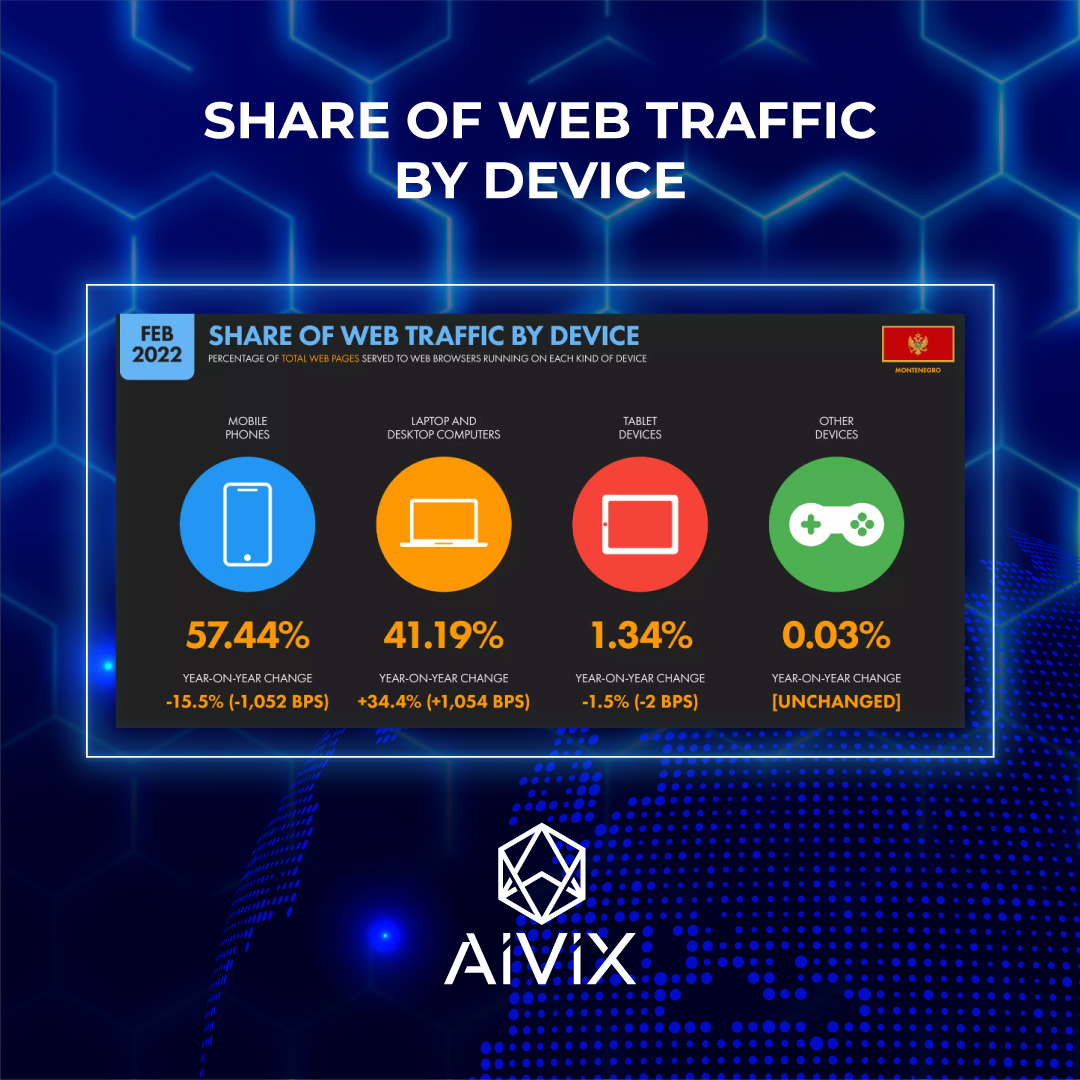 Some characteristics of the audience for those who plan to launch digital advertising in this country: the majority of users (59%) are young people from 20 to 34 years old, 82% of the population use social networks, the most popular social network is Instagram, the advertising reach of which is more than 59%.

Montenegro is a very young country that has prospects for further development. Its potential is being revealed already now and will be revealed even more if the expected accession to the EU by 2025 takes place. In the meantime, travel lovers are advised to visit this amazing land and get to know it better.